Although the Miami Heat faced a bittersweet end to their 2022 playoff run, one of the team's star players hit a slam dunk with his new off-the-court collaboration.

Jimmy Butler recently teamed up with the folks at Van Leeuwen to bring his Big Face Coffee to the masses in ice cream form, just in time for summer -- and "Good Morning America" got an early taste of the frozen treat.

He added that the ice cream brand only partners with people who are equally "obsessed with food and quality."

"Jimmy and I met in November and within minutes I said, 'Wow, this guy's serious about coffee.' Then I tasted the coffee and said they've got really good products," which he ultimately knew would work well with their desserts, Van Leeuwen said. 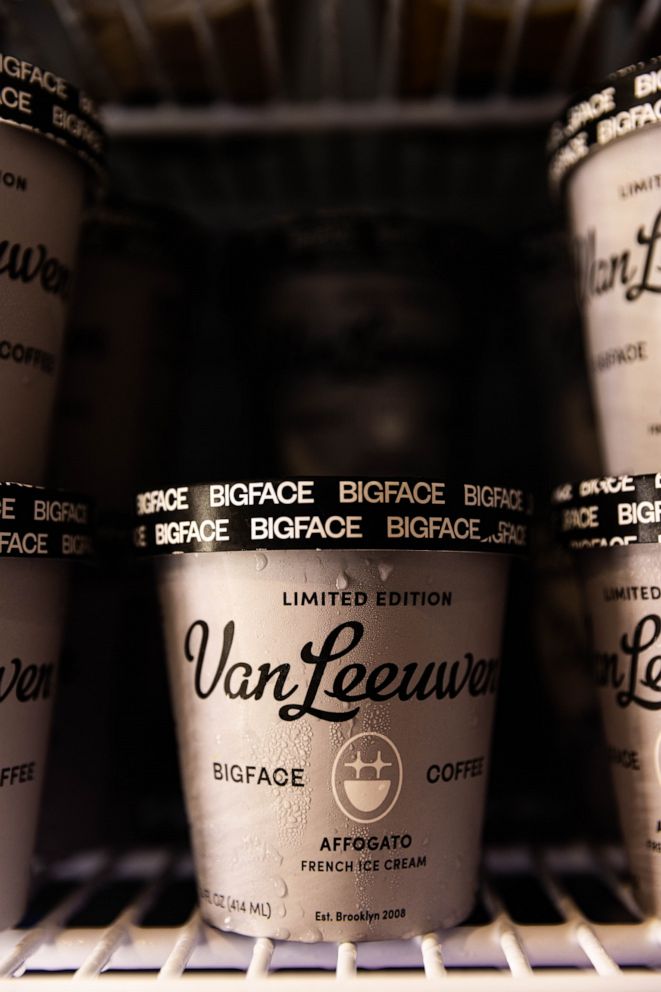 "When we did sit and talk [in November], he made me fall in love with New York," Butler said separately, clarifying with a laugh, "That does not mean I'm coming to the Knicks."

"Van Leeuwen as a whole is about bringing the best products to people and I want to follow suit and be just like that, so this made all the sense in the world to me," he added.

Butler recalled when he first met Van Leeuwen at a scoop shop in Brooklyn. "He scooped about 30 different flavors and set them around the table -- I didn't even get the opportunity to order -- I was like these are too good and I've got a game in a couple hours," he said.

After that initial tasting, Butler said his favorite flavor was "the honeycomb -- that's it."

The coffee aficionado turned business owner first put his passion for the beverage on display with a quirky, self-run coffee cart to serve other players inside the Orlando NBA bubble during the 2020 season. Last fall, Butler officially began selling beans under his Big Face Coffee label.

"I think since the bubble we've started a real thing," Butler said of his now booming coffee business. 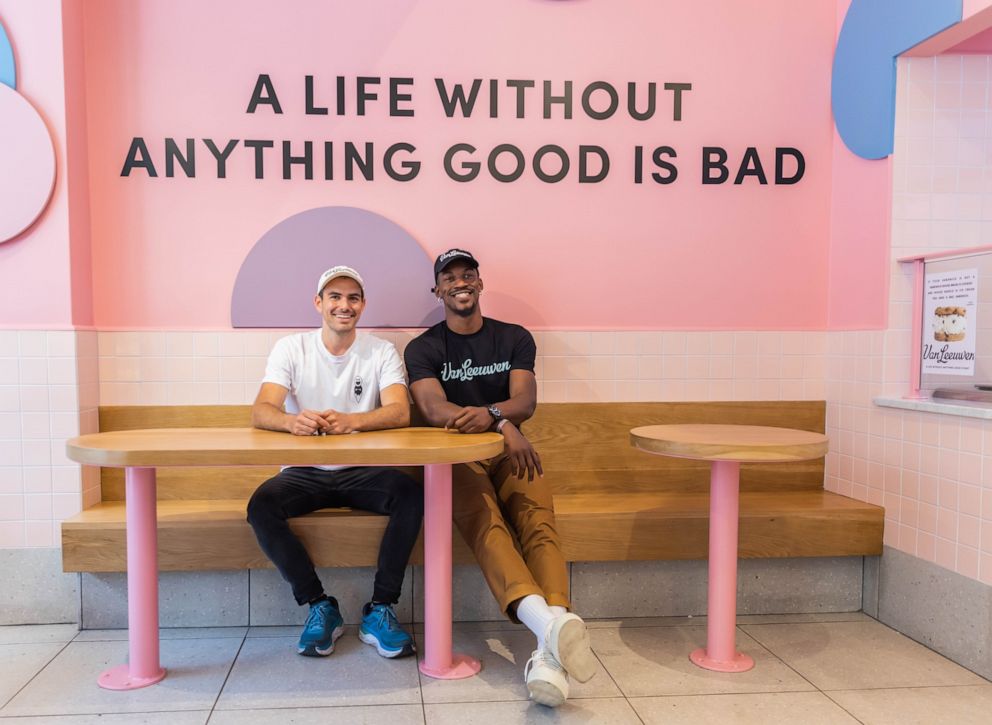 Butler understandably didn't want to talk too much basketball after his team's loss to the Celtics in Game 7 of the Eastern Conference Finals, but the six-time NBA All-Star said he's very happy about what he and Van Leeuwen have churned up for fans this offseason.

They used an heirloom Ethiopian coffee for the ice cream, which the the 32-year-old power forward described as "very sweet, fruit forward, very very smooth -- not harsh."

"It's hard to give really good ice cream to coffee experts -- we'd taste one and think 'this is the one' -- but this finished product," Butler said with a smile, "they really did it -- we want it to be 23 bites in a pint and gone, it's that good."

MORE: How to make Vietnamese coffee at home

"We needed to make something that's distinctly good, and that was really easy to do here, because the coffee is so good," Van Leeuwen said, speaking about the final product, which only took five or six iterations to perfect before it was put on scoop shop menus.

"This was just sort of a side benefit, but Big Face's creative and branding is some of the coolest I've ever seen and so unique -- so that part of the collaboration seeing this little logo is really exciting," he added.

The new Big Face Coffee Affogato flavor is available through Sept. 15 at all Van Leeuwen scoop shops in New York, New Jersey, California, Pennsylvania and Texas, in both scoops and pints. It's also the first time ever that a seasonal flavor has been available for purchase nationwide online.

"I've been so fortunate to meet a lot of great people along the way to help me figure out ways to be better," Butler said. "I'm so excited for everybody to be able to try it."

While there is not yet a plant-based version of the limited-time flavor, Butler said they "understand that is what the people ask for -- and like I said we want to please everyone we can, so who knows."