Big hats, bets and, of course, bourbon -- it's time for the Kentucky Derby! 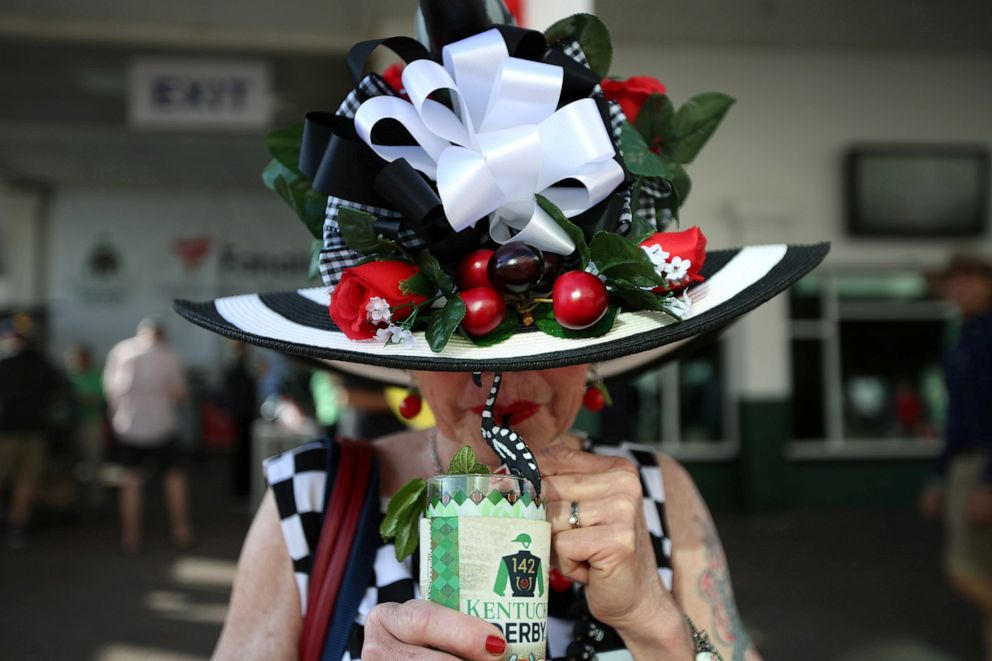 Louisville Courier-Journal/USA Today Network via Reuters, FILE
A fan enjoys a mint julep before the 142nd running of the Kentucky Derby at Churchill Downs in Louisville, Ky., May 7, 2016.

The pomp and circumstance will kick off at Churchill Downs ahead of the 148th run for the roses and whether you watch in person or enjoy the scene from home, chances are you'll want to get in on the fun with a mint julep in hand.

Mint, sugar, crushed ice and bourbon are all you need to recreate the leafy southern sipper, but there's an art to the longtime staple of the drink so synonymous with the race. 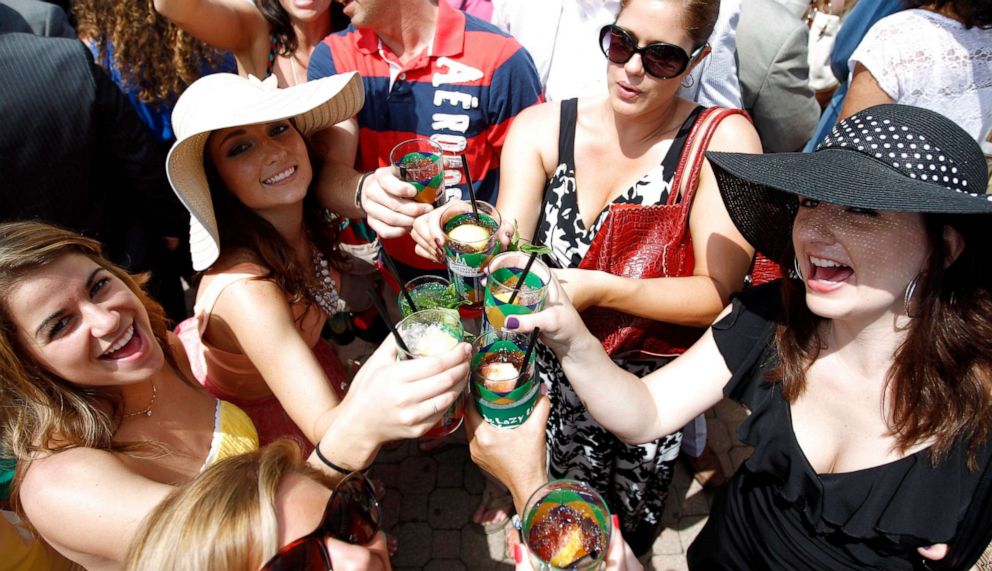 Jeff Haynes/Reuters, FILE
Race fans have mint juleps before the 138th running of the Kentucky Derby at Churchill Downs in Louisville, Ky., May 5, 2012.

Nearly 120,000 mint juleps are served over the two-day period at Churchill Downs, according to the racetrack, which requires over 10,000 bottles of bourbon, 1,000 pounds of freshly harvested mint and 60,000 pounds of ice.

The history of the mint julep at the Kentucky Derby 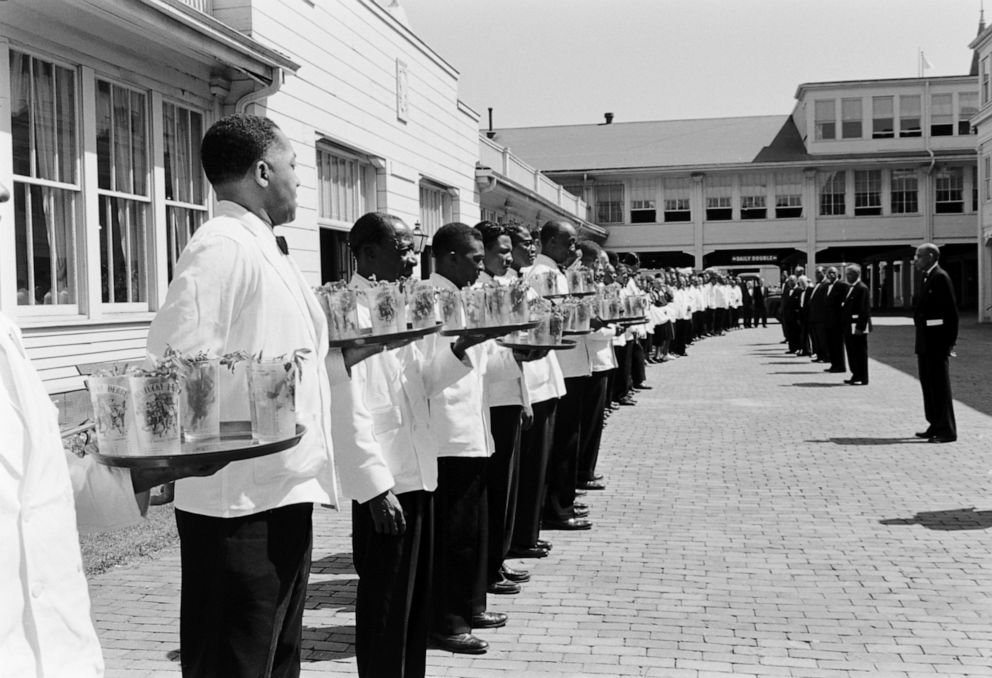 Chris Morris, longtime master distiller for one of Kentucky's most highly-regarded bourbons, explained bourbon's close connection to the sport and how it became the signature spirit for the Kentucky Derby's infamous cocktail.

Sarah Brown Meehan, the director of lifestyle communications at Churchill Downs, also weighed in with her expertise on the spirit that's so synonymous with Kentucky and horse racing.

Why is the mint julep the official drink of the Kentucky Derby?

The mint julep became the official drink during the 1930s, when Churchill Downs started serving it in souvenir julep cups, which it ordered for the first time in 1937, according to Meehan.

"When prohibition was repealed," Morris added, "that act simply recognized the fact that Kentuckians had been enjoying mint juleps while attending horse races since the early 19th century, if not earlier." 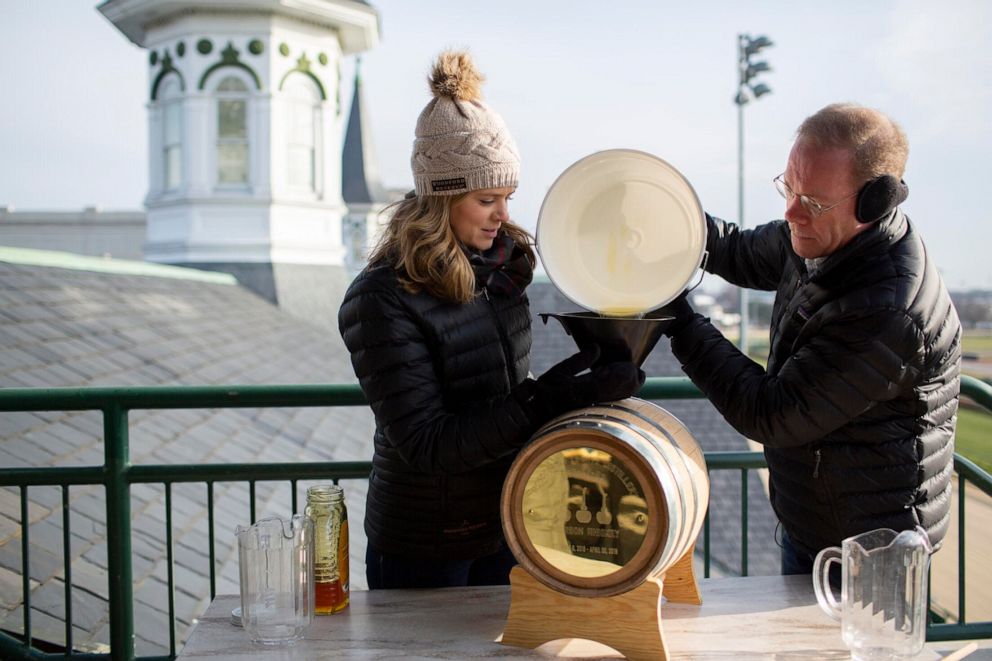 The modern mint julep came west from Virginia where it was known as a "Virginia dram."

"As Virginia began to encourage the settlement of its western territory (Kentucky) in the 1770s those early Kentuckians brought two things with them -- stills and horses," he said.

How did it become the namesake drink?

"The first written mention of a julep cup being awarded as a horse racing trophy [was] in 1816. That is proof that juleps were both highly prized and associated with horse racing," Morris said.

Meehan added that the drink was clearly a Kentucky Derby tradition well before the 30s when it became "official."

"It’s even believed that Churchill Downs planted mint outside the clubhouse for the first Kentucky Derby’s juleps in 1875," she said. "We know that juleps were a big part of the event by prohibition because the press at the time lamented the Kentucky Derby without it’s favorite drink."

What are the early ties between bourbon and horses?

"Prior to the Civil War, most horse farms were self-sufficient operations. In addition to breeding horses they raised food crops, cattle and operated small distilleries," Morris said. "So many of the early prominent horsemen were also distillers of some note." 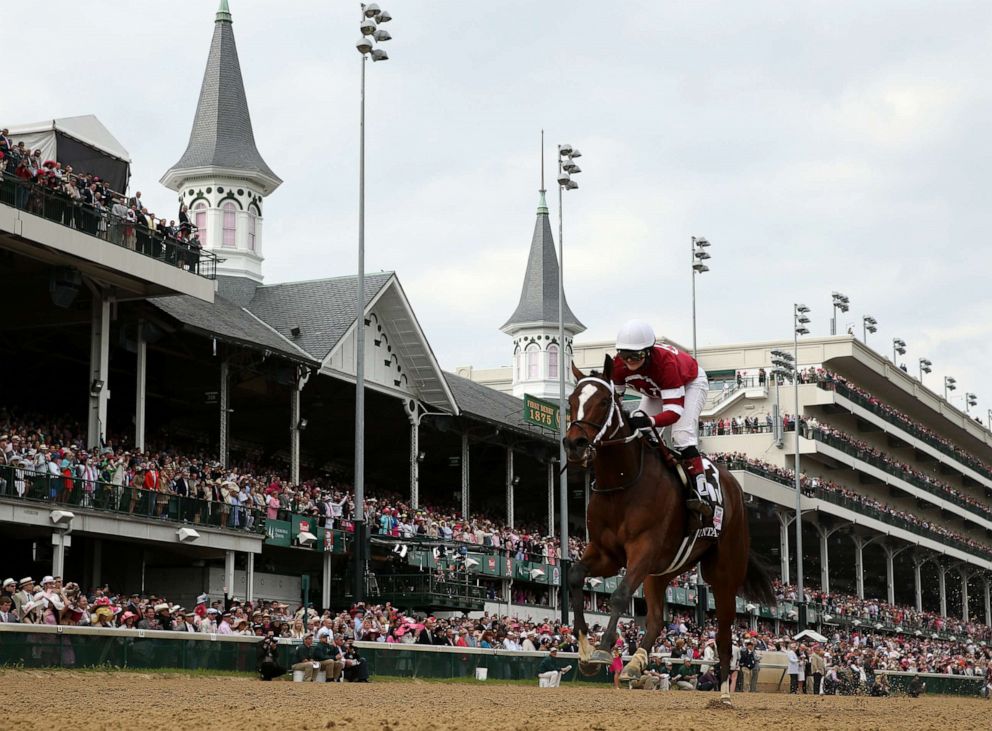 Rob Carr/Getty Images
Untapable #13, ridden by Rosie Napravnik, crosses the finish line to win the 140th running of the Kentucky Oaks at Churchill Downs in this May 2, 2014 file photo in Louisville, Ky.

Morris, who started his career in bourbon in 1976 with Brown-Forman, one of the largest American-owned spirits and wine companies, said some horse farms distanced themselves from bourbon after the Civil War, when the federal government took control of the distilling industry.

"But then some [stayed] involved in both industries on different levels," he said.

"Mastering the skill of making the perfect Mint Julep is a rite of passage for Kentuckians," Meehan said. "I remember gathering fresh mint from the garden to make the julep’s served to the adults at my family’s Derby parties when I was growing up. By the time I had my first julep as an adult, it was just part of being a Kentuckian."

"Make each julep fresh and customized for each palate," Morris suggested. "Ask [guests] about their sweetness preference, their tolerance for mint and how much [bourbon] they want in the drink."

When prepping the mint, he said "it is best to gently bruise the mint rather than muddling it." 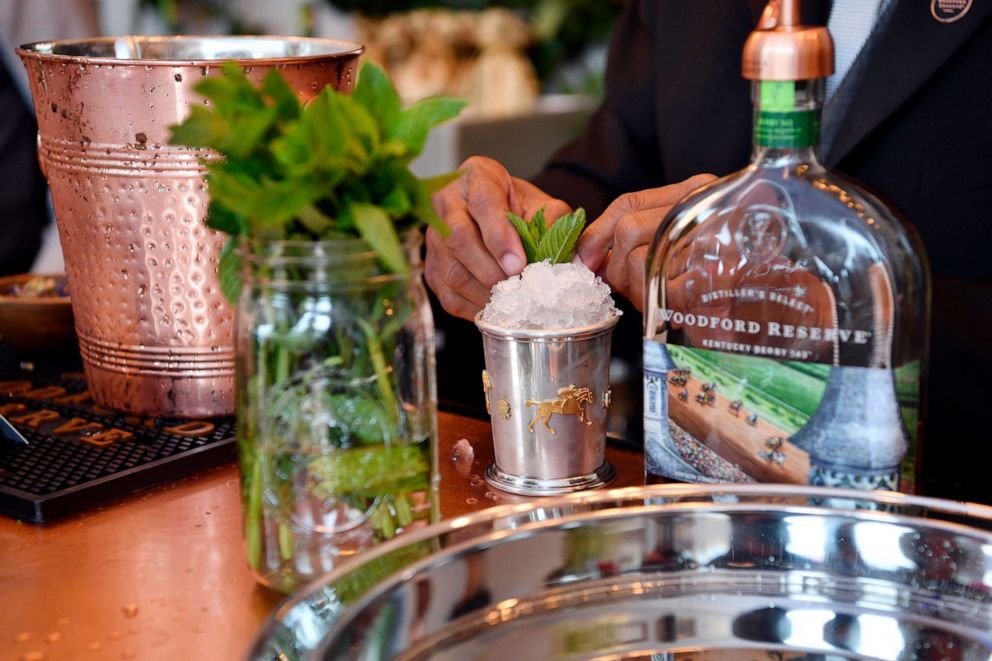 The master distiller also said to try a sweetener other than sugar, like honey, which is used in the signature drink at the Derby. "Honey will round out the sweet notes," he said.

"Always sip your julep through a straw! Don't drink it like a usual drink," he cautioned. "The mint and sweet combination won't come through."

What makes these simple ingredients shine?

"All the flavors must be in balance," Morris said, adding that with a drink as simple and historic as the mint julep it can only be as good as its ingredients.

He suggested using a rich, robust bourbon to balance the sweet sugar and fragrant mint.

"Remember, it is a bourbon drink, you need to taste the bourbon!" he said. "In the hands of a skilled 'julepier' the ingredients can really shine and make for a great drink experience."

Recipe for the Official Mint Julep of Churchill Downs 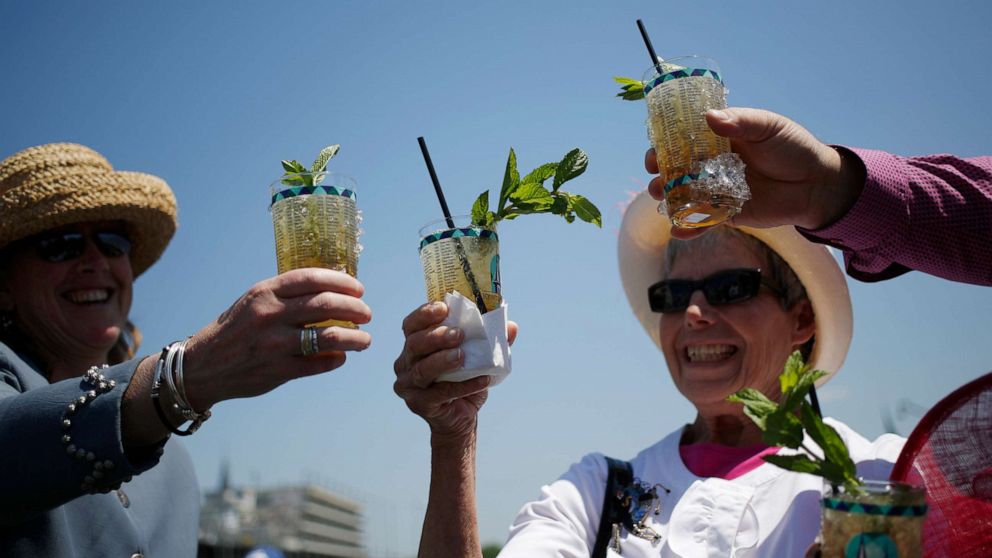 Bloomberg via Getty Images, FILE
Racegoers who traveled to Churchill Downs from Colorado toast their mint julep bourbon cocktails while watching horse races on the eve of the Kentucky Derby in Louisville, Ky., May 1, 2015.

Directions:
Rub the mint around the inside of the julep cup, to express the essential oils and place the mint leaf in the bottom of the cup.
Drizzle two bar spoons of honey sweetener in the cup, followed by two ounces of bourbon, mixing the ingredients together.
Pack crushed ice into the cup, followed by placing the sipping straw.
Layer loose ice on top, with a splash of bourbon to settle the drink.
Garnish with shaved honeycomb and a sprig of mint.