One butter company decided to do better when it came to the inferred connotation of its century-old branding, and consumers took notice. 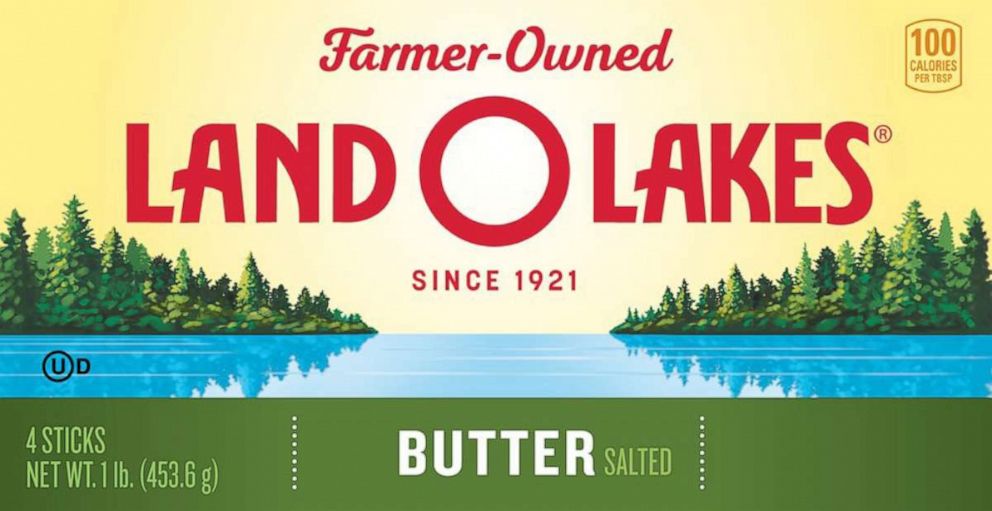 Land O' Lakes rebranded its packaging in February for its 100th anniversary, "to better tell its farmer-owned story" and removed their longtime leading lady on its logo. 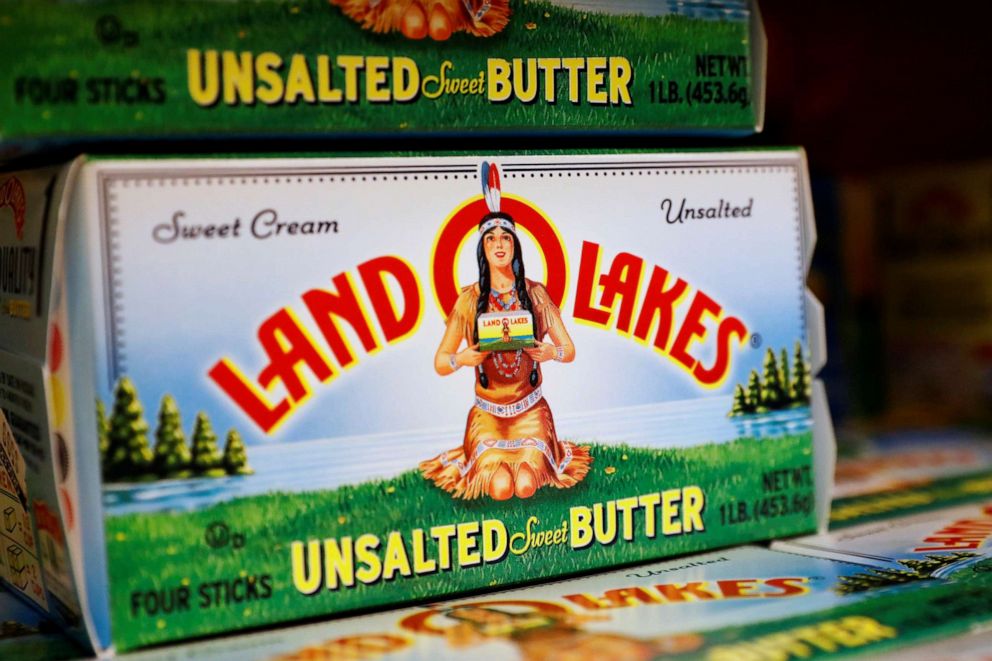 Brendan McDermid/Reuters, FILE
In this Feb. 15, 2017, file photo, Land O'Lakes butter are displayed in a supermarket in New York.

The company didn't address the previously prominently featured "butter maiden" -- a Native American woman with a feather in her hair, kneeling and holding the dairy product -- directly in its press release, but she has since been replaced by a body of water on the new label. 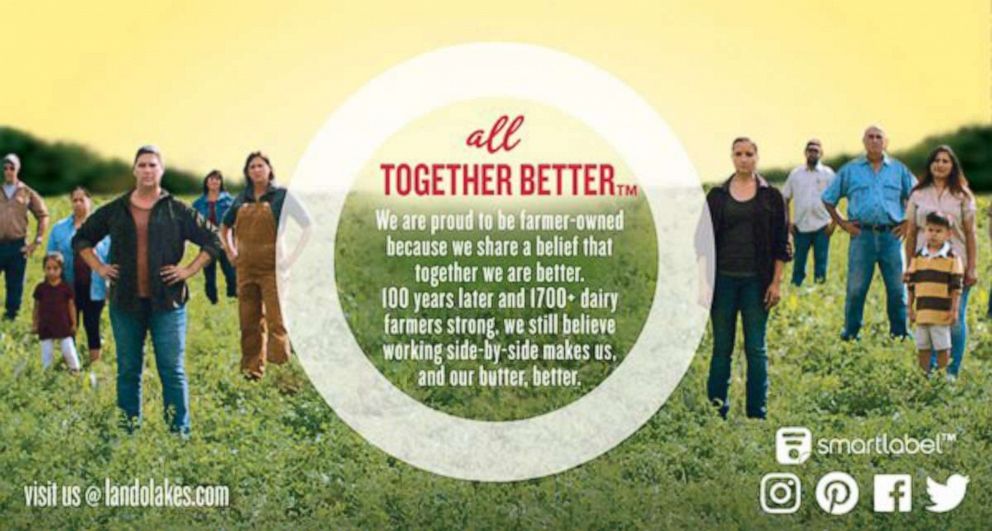 While it's not officially clear why the sudden surge in interest hit social media, lots of users have shared photos on Twitter of the updated logo while staying home amid the coronavirus pandemic.

Land O Lakes with a rebrand that begs the question—why did it take so long? pic.twitter.com/EDSIGfW9Y2

Wow! Even the #LandOlakes icon is socially isolating. (Spoiler alert: methinks she won’t be coming back when this is over. https://t.co/HdudJl75EQ

Thank you to Land O’Lakes for making this important and needed change. Native people are not mascots or logos. We are very much still here. https://t.co/uzKF3K6FEV

Land O' Lakes did not immediately respond to ABC News' request for comment regarding the butter maiden.