Oreo and fashion brand Supreme collaborated to create what has become one of the most-coveted of cookies.

The limited-edition red-and-white cookie sandwich with the Supreme logo baked into it, dropped on Thursday after the New York-based street style brand's latest release.

Now, savvy customers have started to list the specialty Double Stuff Oreos that come in a pack of three cookies online via Ebay for some highly inflated markups. 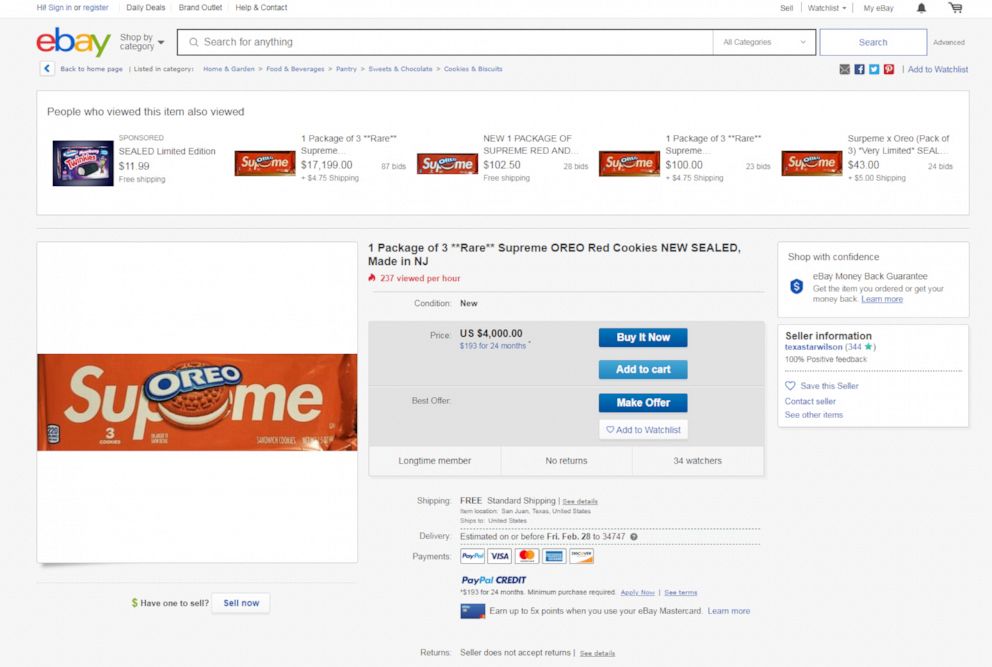 Another seller with positive feedback had the same item with $4,000 listed as the "Buy it now" price.

Other listings for "never opened" cookies had multiple active bids ranging from $17 to $14,900.

A spokesperson for the cookie brand confirmed the collaboration between the iconic cookie and Supreme to ABC News, but could not provide further information about the sales. Supreme did not immediately respond to ABC News' request for comment.

Buzz around Supreme, a SoHo-based brand that was first founded in 1994, has grown exponentially over the years, as evidenced by the highly anticipated merchandise drops and hourslong lines to snag the limited-edition product collaborations.

Outside of Supreme locations in New York, Los Angeles and European stores, the products will have an online release on Feb. 27 with another product drop in Japan on Feb. 22, according to the brand's website.