White Claw, Bud Light and Truly made quite the splash in the hard seltzer beverage category, and the popular effervescent alternatives to canned cocktails, wine and beer are certainly here to stay -- but now the scene is bubbling up with even more competition.

Taste, fizz factor, can size and other aspects of a brand's spiked sparkling waters all factor into what makes one drink a personal favorite over another. But each company wading into the battle to be the best alcoholic seltzer have fresh new tactics to hook consumers. 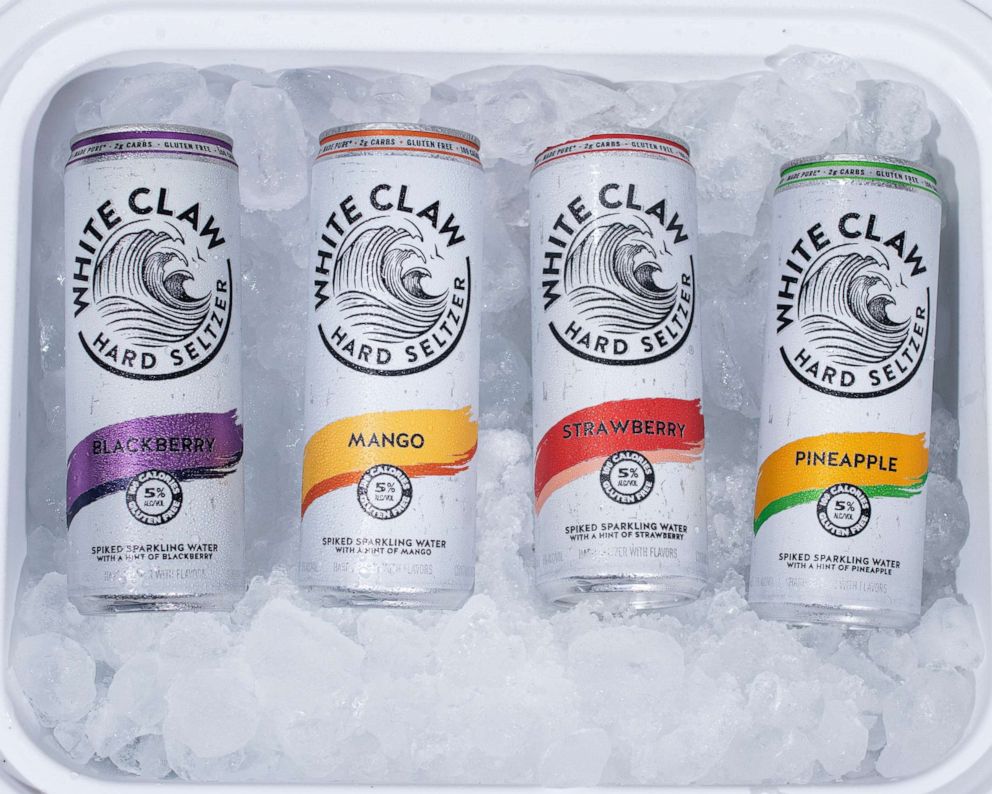 In addition to the brand's fan-favorite Mango flavor, the new variety pack will introduce consumers to Strawberry, Pineapple and Blackberry flavors. 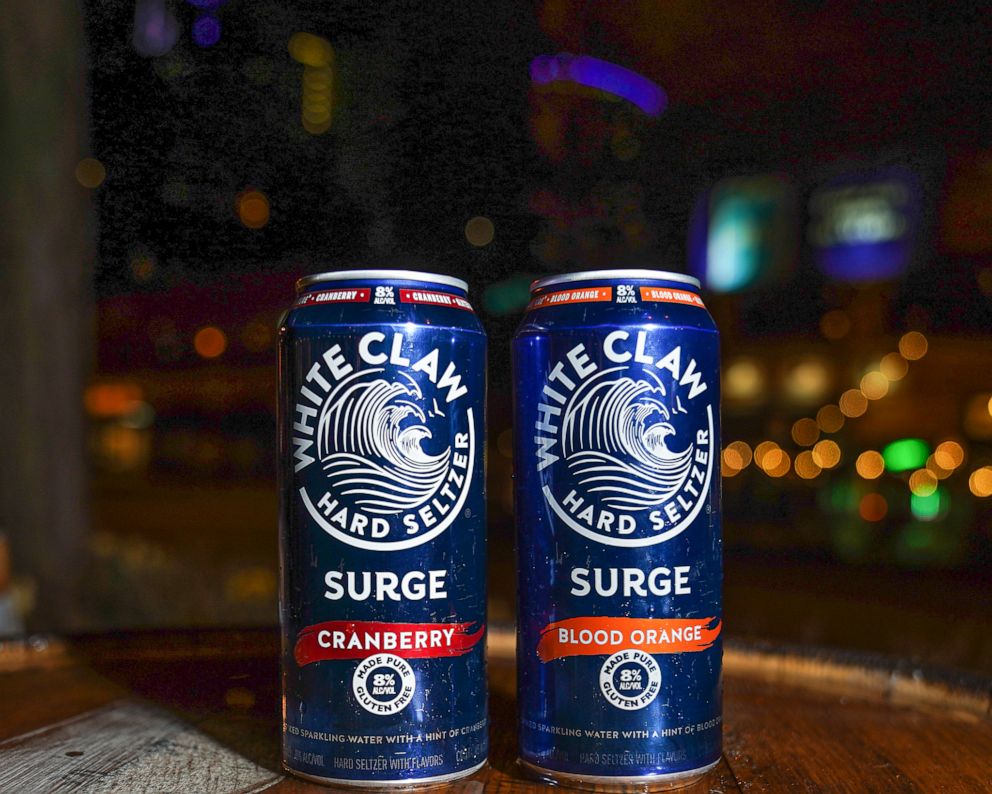 The brand also took notice of consumer trends of adding other alcohol to White Claw and decided to take on "the natural evolution and move up a notch with White Claw Hard Seltzer Surge, a higher 8% alcohol in a 16 ounce can."

"Surge is what happens when hard seltzer reaches new heights. It’s perfect for consumers looking for a higher alcohol option and the delicious fruit flavor profiles they expect from White Claw with a surge of refreshment in every sip," the company said in a press release. 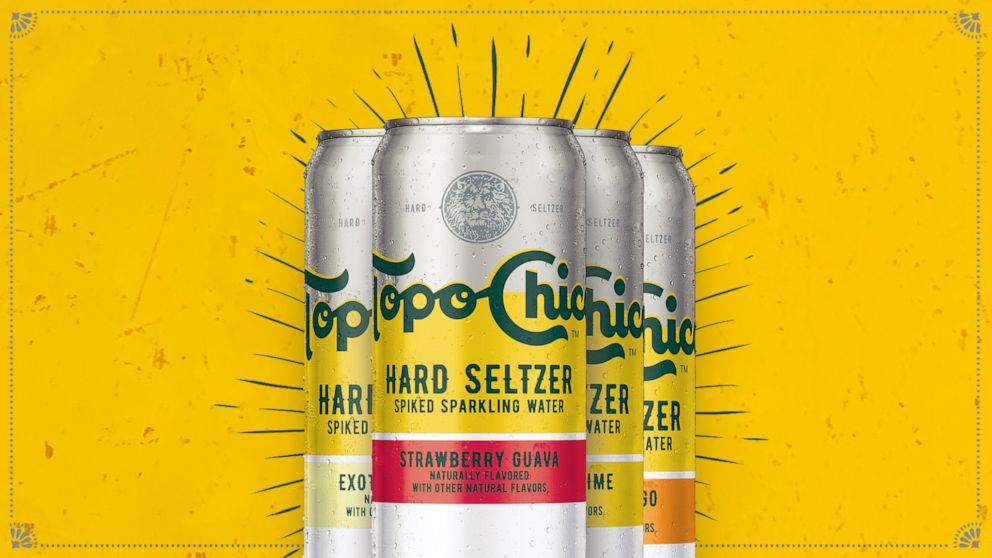 One of the newest brands to enter the bubble-filled category is the beloved Monterey, Mexico-based mineral water that's highly popular throughout the U.S.

"With the hard seltzer market so crowded, it’s important to stand out and bring something new to the table, and our flavor profiles with Topo Chico Hard Seltzer do just that," Escalante said. "Whether it’s Strawberry Guava, with its tangy guava and fresh juicy strawberry flavor, or the tamarind used in our Tangy Lemon Lime, these new flavors deliver in a big way. In fact, Strawberry Guava is one of the best performing seltzers we’ve ever tested."

The already well-known drink has expanded its profile with a new higher ABV option with Truly Extra.

8% alc./vol.? Yup. 1g sugars? You bet. Delicious taste? 100%. One flavor for each pocket? Call it planning ahead. Welcome to the team, Truly Extra. pic.twitter.com/eCaXn57kqF

The new harder seltzer that tested in 2020 is available nationwide in two flavors, Black Raspberry and Peach Mango.

"We saw an opportunity for a higher ABV product that had everything drinkers know and love about hard seltzer, without having to compromise on calories and sugar," Don Lane, vice president of Truly Brand, said in a press release.

Truly Extra contains just one gram of sugar and 220 calories in a 16-ounce can, and according to the release, "Truly is growing faster than any other competitor at 122%."

The brand added that it sees an "opportunity to take on the convenience store class of trade in a big, meaningful way" as those shoppers trend toward "single serve, higher ABV beverages."

Award-winning artist, songwriter and mogul Travis Scott released his new venture with America’s leading brewer, Anheuser-Busch, to tap a new side of his creativity with a foray into the beverage space.

The 7% ABV seltzer brewed in Los Angeles is made with 100% premium blue agave from Mexico and comes in three fruit flavors; Pineapple, Strawberry and Lime.

"Finally getting Cacti out into the world and into the hands of fans is a surreal moment for me and the team,” Scott said in a statement. "This has been something I had a strong vision for and have wanted to do for a while. It was important to me to be heavily involved in the entire creative process; from the flavor obviously, to the can design, packaging and the entirety of the brand world we’ve built." 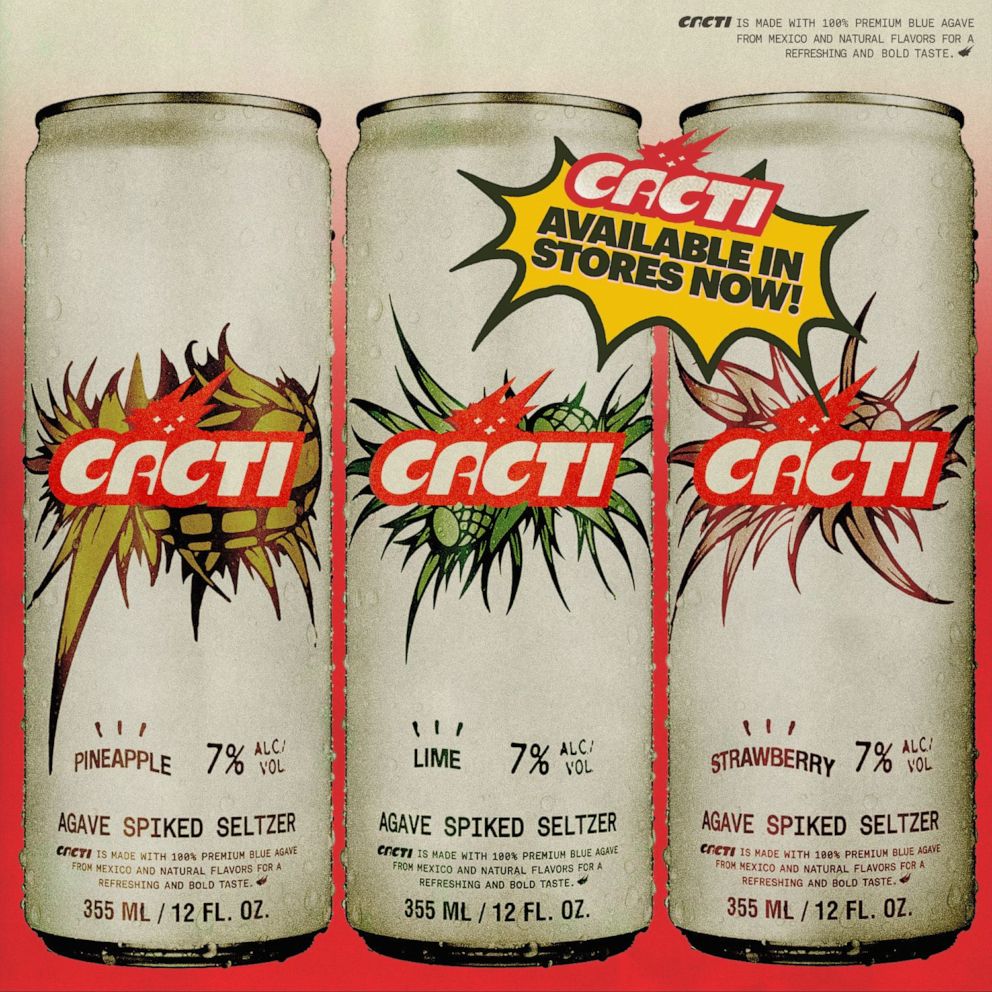 Scott and his Cactus Jack creative collective developed the Cacti brand alongside Anheuser-Busch to rethink a brand partnership and reconsider "what the next chapter of the seltzer category can be."

"Travis’ creative vision matched with our industry-leading capabilities has unlocked something really special," Michel Doukeris, CEO of Anheuser-Busch, said. "We’re a company built on big dreams, and Travis is a challenger in today’s pop culture scene who brings unrivaled influence among adult consumers. In 2020, Anheuser-Busch led the industry in innovations, and we plan to continue that momentum throughout 2021 and beyond with the release of CACTI and our relationship with Travis Scott.” 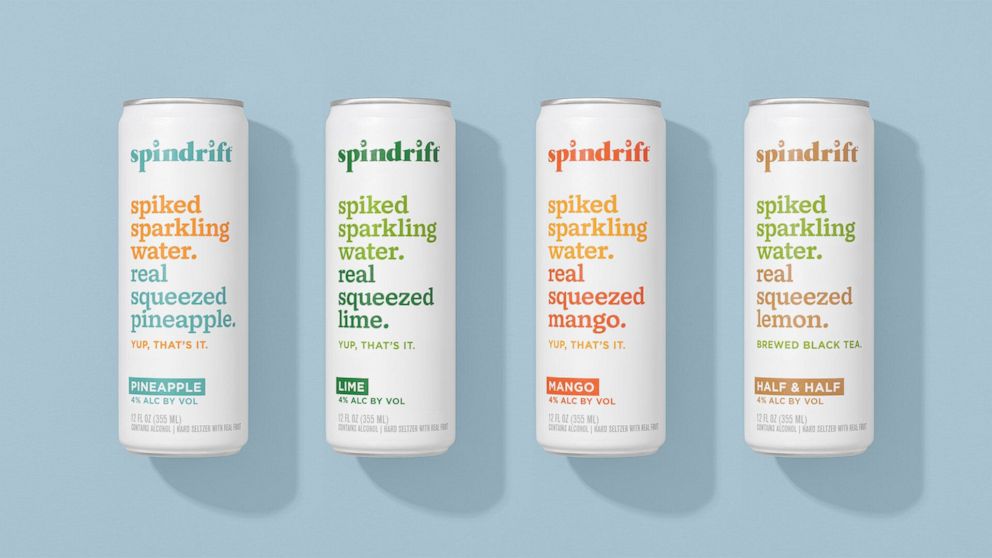 On Monday the first sparkling water brand to make water with real, squeezed fruit announced it has officially entered the hard-beverage ring using its proprietary process.

Spindrift Spiked is "a lightly carbonated hard sparkling water made with only real ingredients, no synthetic natural flavors, sweeteners or additives," the company stated.

The new line of sleek, skinny 12-ounce white cans with colorful text will roll out mid-April in select markets -- Boston, Los Angeles and San Diego -- with four flavors to start: Mango, Lime, Pineapple and Half and Half (half lemonade, half iced tea).

The new sparkling water line uses a 10-day fermentation process to reach 4% ABV without additives and contains 82 to 95 calories per can.

"When we entered the flavored sparkling water category, there were hundreds of brands, all made with 'natural flavors', clear liquids, and no real ingredients -- leading to very few real options for consumers. In the hard seltzer category, we saw many of the same characteristics," explained Bill Creelman, founder and CEO of Spindrift. "Spindrift Spiked breaks the hard seltzer mold: We feature simple ingredients, prominently on the front panel. The liquid has color like the fruit, huge dimension of flavor, plus no added synthetics or fillers."

"We can't wait to get these cans into hands just in time for celebrating the best summer has to offer," Creelman added.

White Claw's latest innovation is made with sustainably sourced brewed tea, gluten-free, 100 calories and 5% ABV per can.

"Since its inception in 2016, White Claw has seen incredible growth, and we don't plan to stop anytime soon," CMO John Shea said in a press release. "You combine the leader in hard seltzer with the ever-growing tea trend, and you've got a winner."

The products are available nationwide and come in a 12-can variety pack with all four tea-fruit flavors.