He runs his own hair salon in his parents' basement in Bloomfield Hills, Michigan, doing different hairstyles for free.

For Vince, his love of hair started at a very young age.

(MORE: 9-year-old boy grew his hair for 2 years and donated it to kids in need, despite being bullied)
Editor's Picks

“He has an older sister who had dolls and he would just, at 2 or 3, be playing with the dolls' hair, like constantly,” Emily Weishaus, Vince’s mother, told “Good Morning America.”

Not long afterward, he also fell in love with braiding.

“He watched me do a braid, and then he undid the braid and redid it without me ever showing him how to do it,” his mother said.

He found his true passion as a hairstylist when he started cutting his grandmother’s hair before he was 5.

(MORE: Meet the 14-year-old boy who’s breaking barriers in the beauty industry: ‘There shouldn't be any boundaries’)

"I love all the textures and how you can do so much with it," Vince told "GMA."

“Because we supported him at such an early age and didn’t veer him away from [styling hair], I feel like that’s what gave him the confidence to be [who he is],” she added.

Vince’s hairstyling dreams became a reality when his parents presented him with a special surprise on his ninth birthday: his very own salon in their basement.

“I saw the whole salon and I was screaming,” Vince said. “I was so happy about it.”

His neighbor had a salon in her home, but she decided to pass on her supplies to Vince when she moved.

(MORE: More than a haircut: Father and transgender son’s heartfelt moment captures the hearts of thousands)

“We hid it in a storage room in our basement,” Emily Weishaus said. “On his birthday, we brought him down there and [he] burst into tears.”

Family members and friends have stopped by for appointments -- all free of charge -- at Vincent Charles Salon. 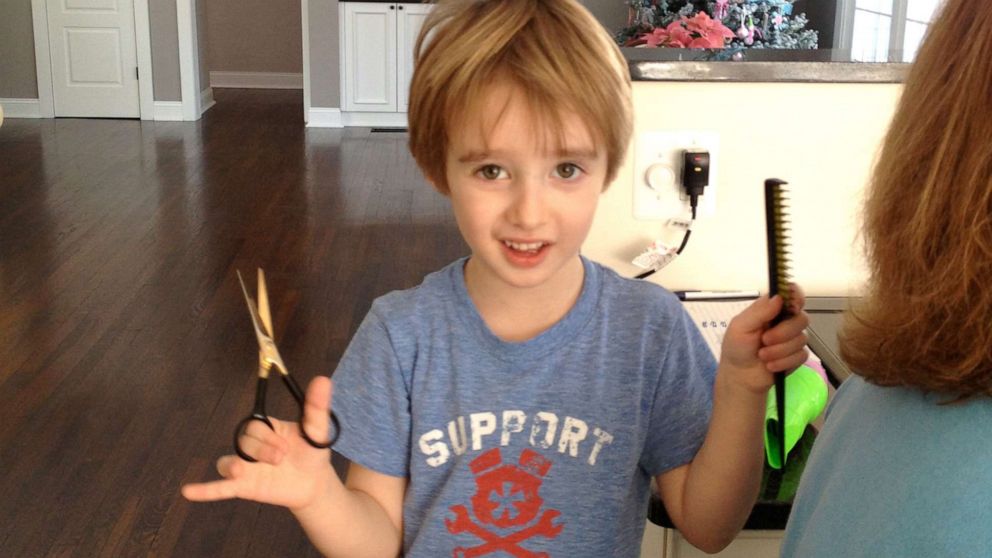 His favorite part about being a stylist: "How you can make somebody happy."

The youngster’s services range from coloring, to braiding for proms, to family parties and more.

He has dyed his own hair different colors, from rose gold to purple. He even colors his friends’ hair tips before they head off to camp.

(MORE: Barber gives discounts for kids who read while getting their hair cut)

Vince loves learning different practices and tricks of the trade from other hair gurus and mentors, such as his own stylist, Chelsea.

“Everyone [at her salon] is really nice and supportive," he said. "A bunch of salons help me by teaching me stuff.”

The sky's the limit for Vince -- his ultimate goal is to become a celebrity hair colorist one day.

His advice to anyone who wants to pursue their own dreams, like open their own hair salon: “Do what they love and to be themselves.”