Raymond Adderly III is no ordinary 17-year-old. Instead of worrying about applying for college, he is running for a seat on his local school board and hoping to inspire a movement of young people getting involved in politics.

His path to politics was marked by the tragic death of his father, who was shot in front of him and his two brothers in Miramar, Florida, when he was 7. Since his father's death, Adderly said he has tried to be a voice for the voiceless, a journey that eventually led him to run for a spot on the Broward County School Board.

"In dealing with everything that has to do with my father, the question that I would ask myself all the time is, 'Raymond, who's speaking for you? Who's speaking for people like you?'" Adderly told "Good Morning America." "And I quickly began to realize that no one was, so then I began to ask myself, 'What are you doing to speak for people like you?'"

Adderly became involved in the student body government at Fort Lauderdale High School and as student adviser to the Broward County School Board. However, Adderly said neither of these roles allowed him to make the type of change that he wanted.

Eventually, Adderly said he realized that his true goal was to run for the school board.

"I decided to run for the board because my voice opens up the door for more young people. I'm also running because we have to respect the taxpayer dollars, and ensure that every taxpayer's money is going towards funding schools, and making sure that that process is equitable and fair, and that every child is getting the same resources that other kids are as well," he said. "This is a movement for every child." 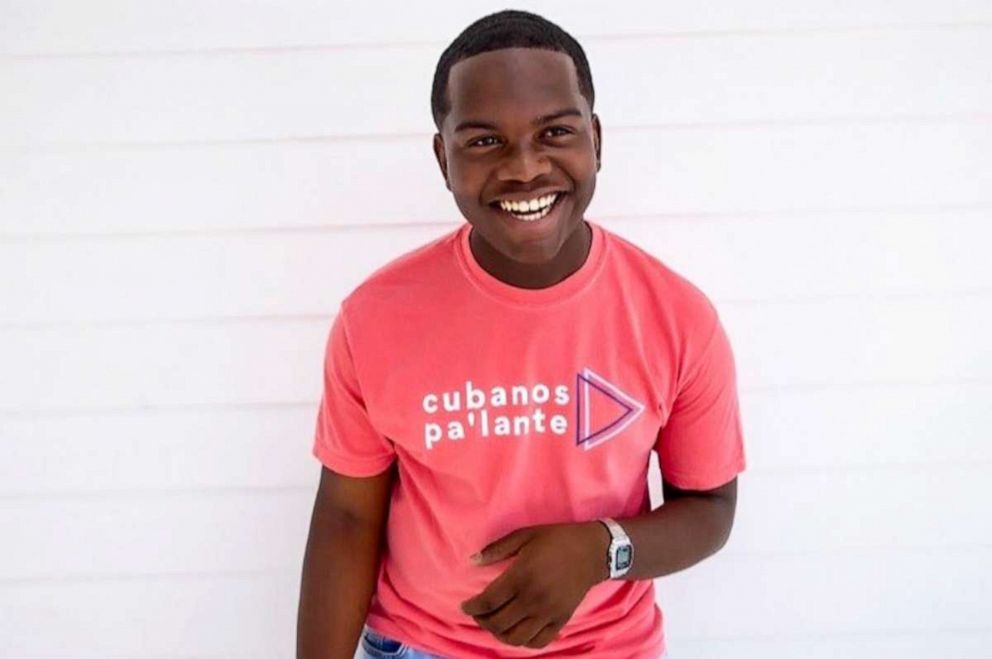 Millie Raphael, a veteran political operative and Adderly's senior strategist and de facto campaign manager, said she decided to work with Adderly because she felt that the goals he had went beyond himself.

"What struck me most was that he felt that he was just a representative," Raphael said. "In other words, this didn't center around him, but rather he was a spokesperson for a movement towards allowing young folks to have a say in how their day-to-day lives are impacted by the education they receive, in this case in the Broward County schools."

"I began to listen to his story and I recognized that there was indeed a path to victory for him," she said.

MORE: We're the teens who fought to pass a new bill that gives mental health days to our fellow students

Adderly agreed that the campaign, which he prefers to call a "movement," was not about himself but about "opening a door for ... young people." As a rising high school senior, he said he feels he could add a unique perspective to the board.

"What I bring to the table is the real experience: what it's like to walk in the halls," Adderly said. "It takes a student to really understand what's happening in the classroom, and come to a board meeting, portray that concern, hear the community and vote on issues that are going to students for better education."

Adderly will turn 18 before the primary in August 2022. He is expected to face off against Donna Korn, a mother of three who has served on the school board since 2011.

Broward County Public Schools is the sixth-largest school district in the nation and the second-largest in Florida, with nearly 261,000 students, according to the district's website.

Adderly said his main goal would be to represent those within the school district who he said have been ignored in the past.

MORE: This Georgia teen was accepted to over 50 colleges, awarded more than $1 million in scholarships

Raphael pointed to Adderly's age, his unique racial background and tragic past as to why she believes his efforts are historic.

Adderly said he hopes his campaign ultimately encourages other young people across America to run for public office and represent their own communities.

"We believe that this movement can go nationwide, and a nationwide thing can inspire young people all over the country to get involved in local politics and [be] the main players on the stage," Adderly said. "That's what this candidacy is all about. It's about opening that door and ensuring that other people can do the exact same thing."