A group of high school students in Oregon took action when they saw rates of suicide, bullying and mental health issues rising among peers.

The four teen activists, led by Hailey Hardcastle and Derek Evans, started lobbying for a mental health bill, HB 2191, which was recently signed into law by Gov. Kate Brown. Starting this fall, schools in Oregon will excuse student absences for mental or behavioral health reasons, similar to regular sick days.

Here, Hailey and Derek describe how they managed to turn a teen-led movement into legislation believed to be one of the first of its kind in the U.S.

In Oregon, mental health is something that teens talk about, think about and see on a daily basis. Suicide is the second leading cause of death for people aged 10 to 35 in Oregon.

We couldn't sit by and watch our friends struggle any longer.

Since suicide has touched so many of our communities, the Students for a Healthy Oregon and our peers decided we had to do something. We couldn't sit by and watch our friends struggle any longer.

Sitting in a cramped room at a leadership summer camp with 30 students from all around Oregon, we started a conversation -- not one about making lunches better, or promising that homework will go away, but one with tangible goals and unbounded passion. 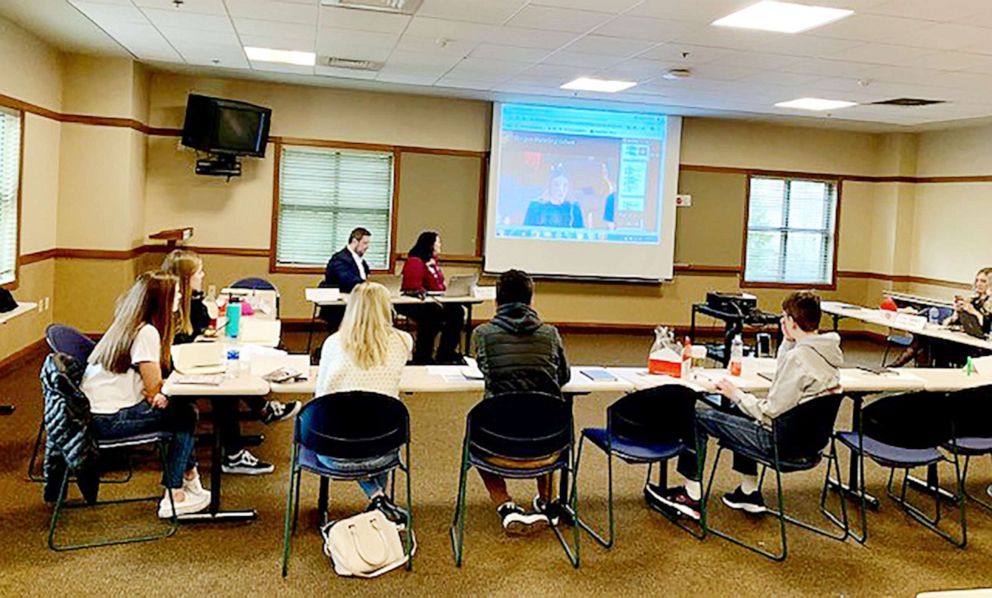 This room of 30 students opened a new door for possibilities, as we were hearing from students around the state that our peers were suffering. We heard stories about suicides, violence, bullying and stories about students' mental health manifesting in a physical way that made them unable to learn. We were being told that the students we represent, our friends and family, were suffering and didn't have any way to take a break; so we decided to give them the breaks they deserved.

Providing students with the ability to take mental health days was an idea that went without refute, and was an idea that all of us were proud to represent. From that cramped room, we took our concept directly to the Capitol thanks to our amazing advisers- we spoke alongside the governor, we met with representatives and senators alike and we pushed constantly to bring in more support.

(MORE: College students launch a side hustle to help other students' mental health)

This bill proves that mental health is just as valid as physical health.

This bill was so important to us because it confronted the stigma that so many teens with mental health problems face: This bill proves that mental health is just as valid as physical health. Schools have always been comfortable talking about physical health -- broken bones and sicknesses aren't seen as big deals to teachers and administrators.

We even learn about sexual health in a majority of schools. Yet if a student is going through depression or anxiety, schools still have a very long way to go to learn how to be comfortable talking about them and supporting those students accordingly.

We hope that this new bill will not only equalize mental and physical health, but that it will teach children and teens the important lesson that it's okay not to be okay and you must take care of yourself first. 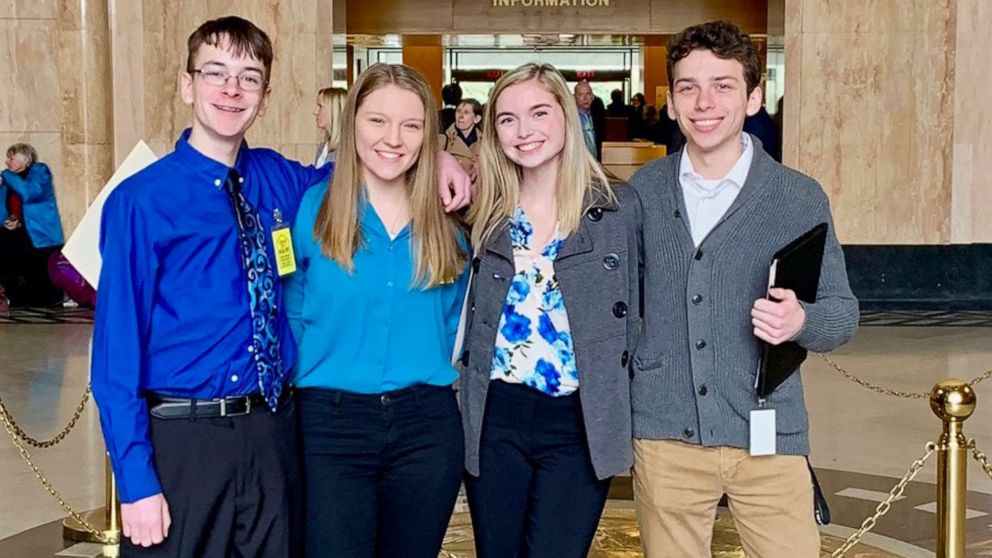 Jessica Adamson/Providence Health & Services via AP, FILE
This Feb. 6, 2019, photo provided by Providence Health & Services, shows from left, Sam Adamson, Lori Riddle, Hailey Hardcastle, and Derek Evans at the Oregon State Capitol in Salem, Ore. The teens introduced legislation to allow students to take "mental health days" as they would sick days in an attempt to respond to a mental health crisis gripping the state.

If taking a break for one day could lead to being more productive and feeling better when you return, then it should absolutely be legal. We've even seen some companies that have learned this and allow their employees to take mental health days as well. We believe that as a society we could all do a better job of caring for ourselves and others a little more.

Teens are especially prone to mental health issues as school, social media, home life and traumatic events may cause an illness to develop. Mental health professionals agree that the teenage years is when most people have their first experience with mental challenges.

Mental health issues can be anything from anxiety, to depression, to bipolar disorder and even includes things like eating disorders and dissociation. As students, we attest that even those who don't have a diagnosed mental illness experience severe amounts of pressure in school and can easily experience routine anxiety and depression.

The strength behind our movement for mental health days came from our passion to see a better future for our peers. We want other teens to know that anyone can make a significant difference, regardless of age, if you are truly passionate about something. 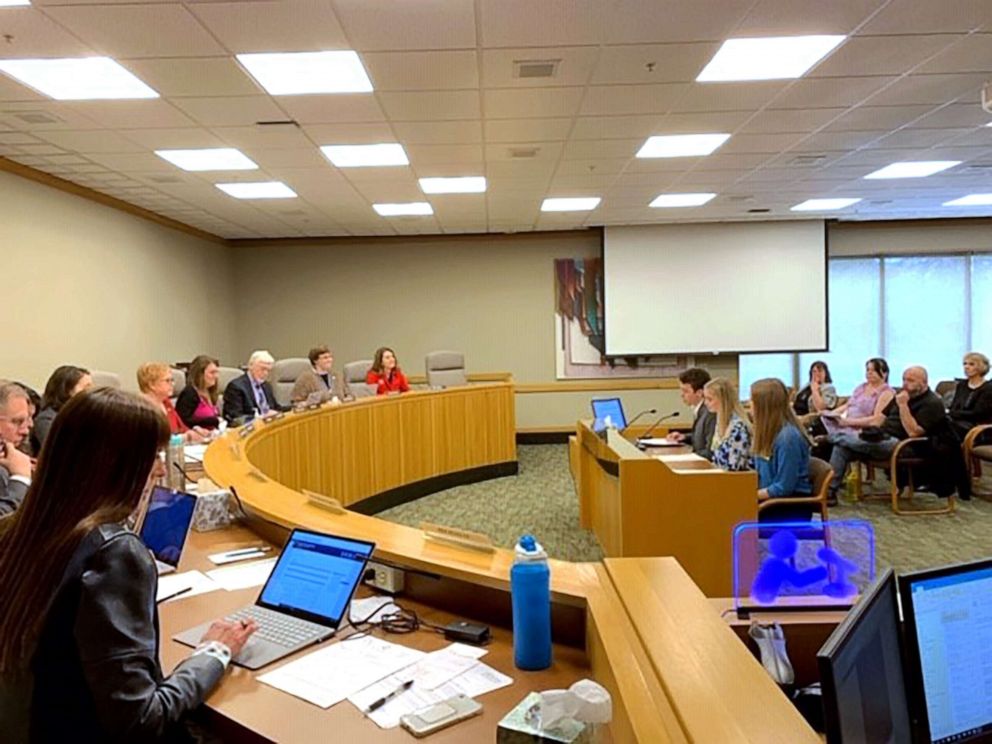 Student advocacy and engagement is at an all-time high. On a national level, we have seen the Parkland movement, the support around the nation for a Green New Deal, and now the conversation has shifted towards mental health.

All of these movements were huge inspirations to us as we planned what we could do about the rising mental health problems in Oregon.

Good will only be done if you do good recklessly

Our biggest takeaway from this process was that good will only be done if you do good recklessly. We faced strong opposition, mainly from those who claim that it'll only make more excuses for students to skip school; while there may be some truth to that claim, it is the idea and possibility that a mental health day could save even one students' life that makes all the difference.

HB 2191 is not the answer to all of the woes of our generation, but it's a huge step in the right direction, and there will only be more to come.

This report was originally published on July 29, 2019.