A Texas family isn't budging after they were ordered to remove their Christmas decorations.

This year, Claudia and Nick Simonis of San Antonio displayed their holiday cheer one day after Halloween. Shortly after, they said, an inspector visited their home bah humbugging to take the festive decorations down.

The couple told "Good Morning America" they received a letter that read, "please remove the snowman until closer to the holiday season." 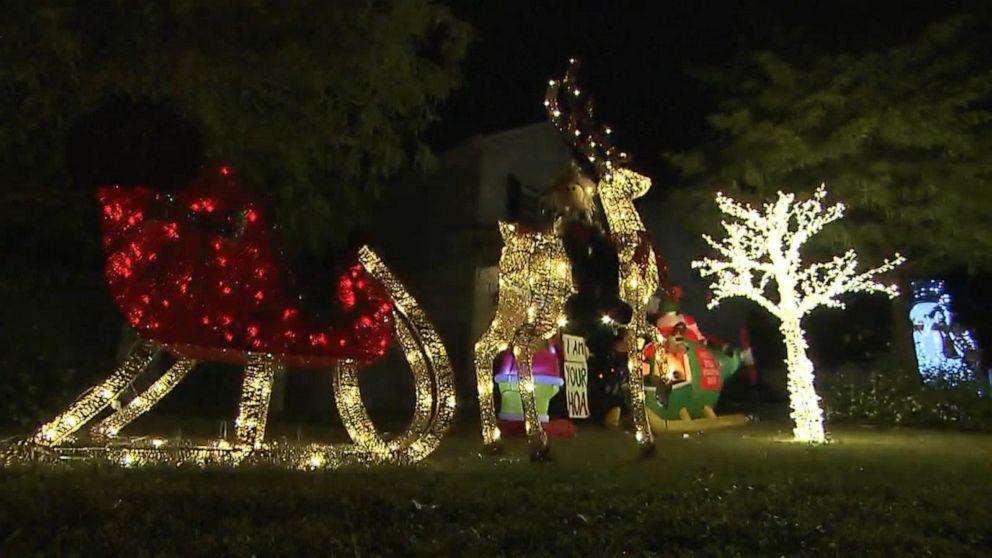 "It doesn't state any dates at all on when to put the decorations [back] up," Nick Simonis told "GMA." "It only stated that we must take down the decorations ten days after the holidays."

Diamond Association Management & Consulting, the Simonis Homeowner Association, has not yet responded to ABC News' request for comment.

One of the Simonis' reasons for their early decking of the halls is because Claudia is 8-months pregnant.

"I just wanted to be prepared," she told "GMA." 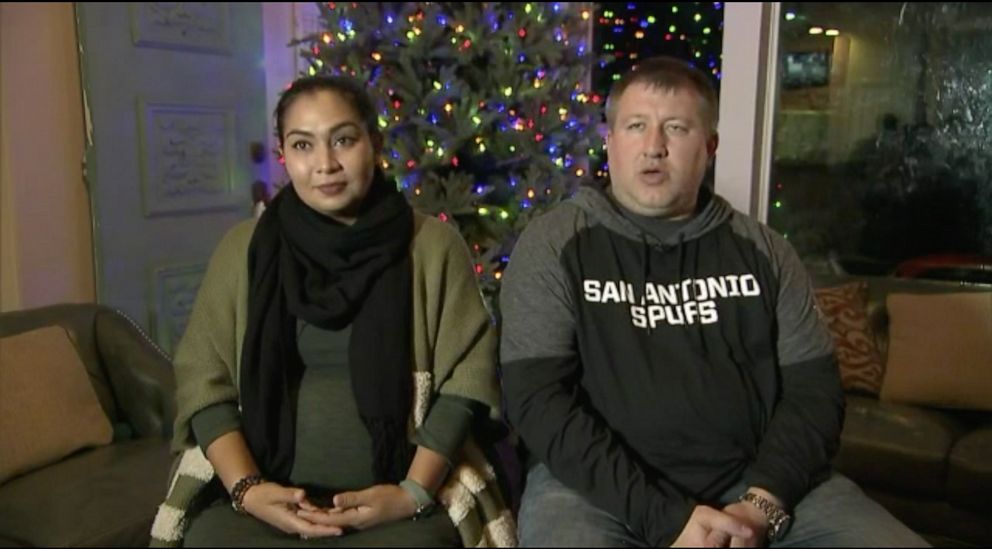 ABC News
Claudia and Nick Simonis of San Antonio, Texas, are not budging after their Homeowner Association apparently ordered them to remove their Christmas decorations.

One of the Simonis' neighbors told "GMA" she was "furious" when she heard about the issue.

(MORE: The stories behind the homes from your favorite holiday flicks)

"It's not bothering anyone, it's gorgeous," the neighbor said. 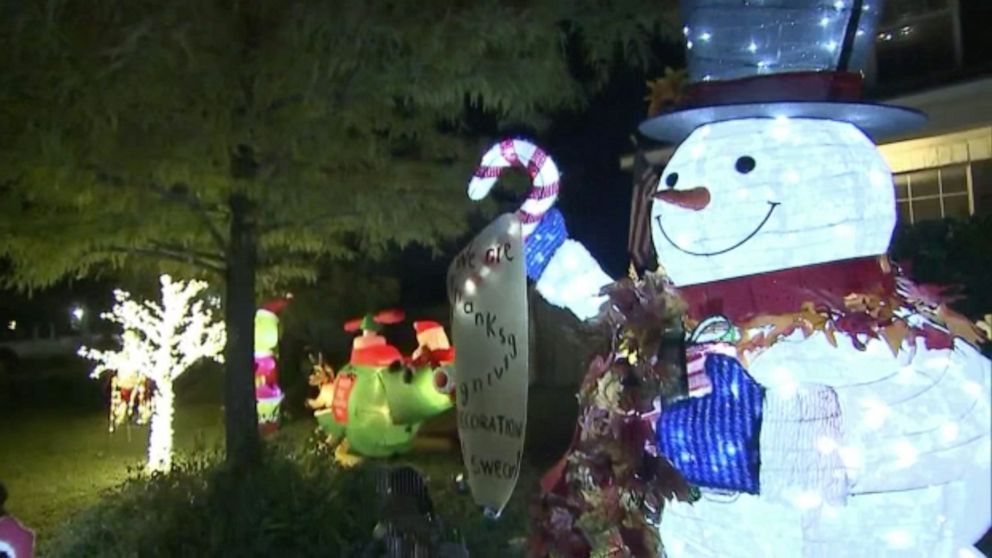 ABC News
Claudia and Nick Simonis of San Antonio, Texas, displayed their holiday cheer one day after Halloween. Shortly after, they said, an inspectorÂ visited their home demanding they take them down.

Despite the notice, the Simonis said they're not removing their Christmas decor.

"We're definitely keeping them up," Nick Simonis said. "We're not taking them down at all."