In a breathtaking surprise to just about everyone that knows him, Hunter Wittrock walked the longest distance of his life last week to receive a high school diploma on his own accord.

Wittrock, 19, was diagnosed with cerebral palsy shortly after birth and has been confined to a wheelchair his entire life. When he finished his junior year last May at Kingfisher High School in Oklahoma, the now high school graduate wanted to change that.

"The wires were connecting that he was going to be on this big stage in front of thousands of people," Wittrock's dad Jeff explained. "He told me he wanted to walk the stage and make the most of the moment." 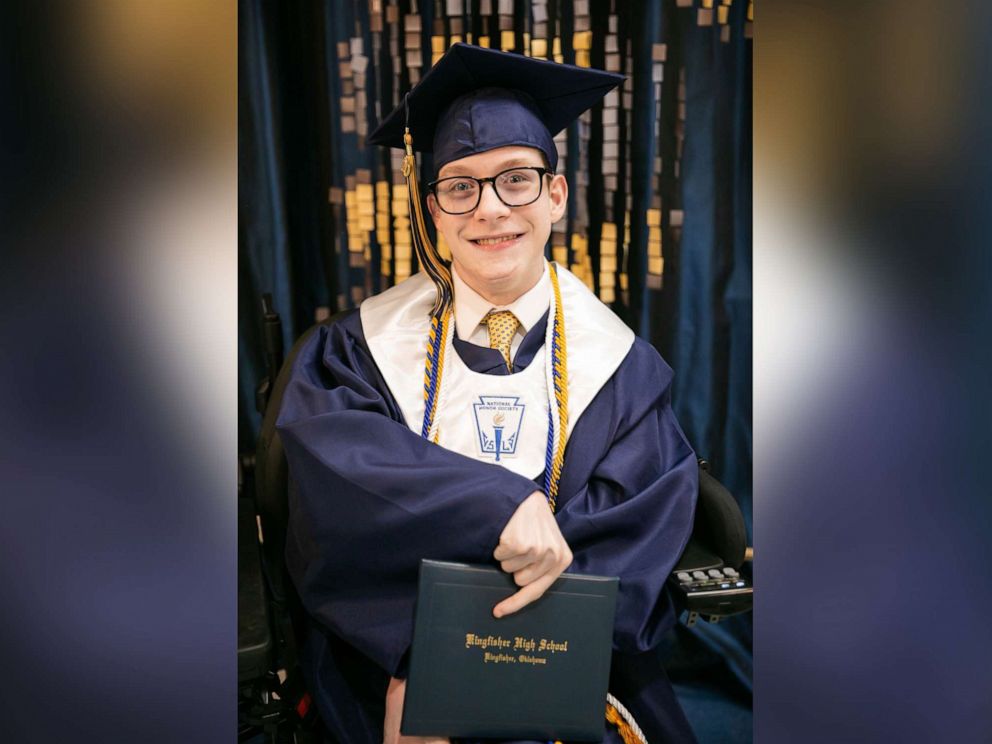 Morgan Schwarz Photography
Hunter Wittrock surprised his friends and family when he walked across the stage at Kingfisher High School's 2020 graduation ceremony in Kingfisher, Okla., May 16, 2020.

Wittrock began extensive physical therapy, training religiously with two practitioners several times a week as he worked to build muscle in his legs. In the first few months it was learning how to stand for long periods of time, eventually setting a goal to walk 10 feet -- then 15, then 20, until he completed the 150-foot walk of the commencement stage by himself in early March. 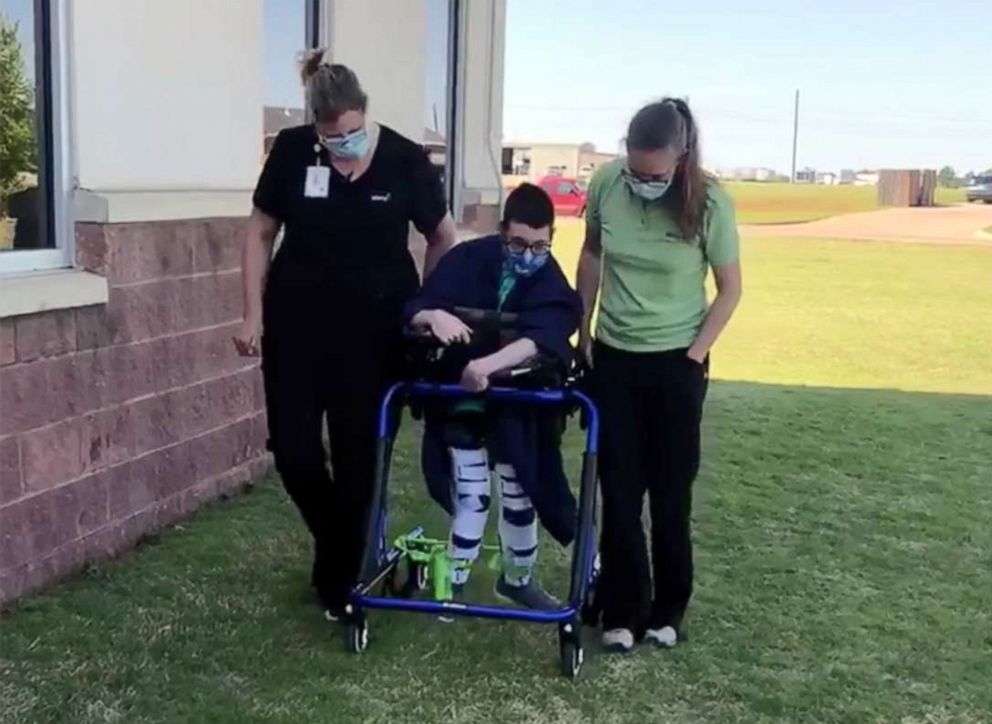 Courtesy Jeff Wittrock
Hunter Wittrock surprised his friends and family when he walked across the stage at Kingfisher High School's 2020 graduation ceremony in Kingfisher, Okla., May 16, 2020.

Through all the coaching, Wittrock didn't tell anyone outside his family about his progress.

"He's a triplet, so his brother and sister knew in addition to me, my wife and the trainers, but other than that, no one had seen him walk," Jeff Wittrock said. "He wanted to build the suspense up."

But the suspense turned sour after the Oklahoma Board of Education voted to close in-person instruction and extracurricular activities at schools statewide due to the coronavirus crisis.

"He was absolutely devastated," Jeff Wittrock said. "He worked for 10 months just to walk across the stage and the rug was pulled out from underneath him. But he kept training in case things changed."

Just a day before the high school's graduation ceremony was set to take place, Oklahoma Gov. Stitt relaxed some restrictions through a phased reopening plan, paving the way for an in-person commencement celebration while encouraging social distancing.

Once Wittrock took the stage, the hundreds of hours of physical therapy -- not to mention the strength of his resolve -- all seemed worth it.

"No one could believe it; the crowd went crazy then silent as people wiped the tears away," Jeff Wittrock said. "It was a wonderful, surreal moment and he was ecstatic. The smile on his face said it all. I was just so excited for him" 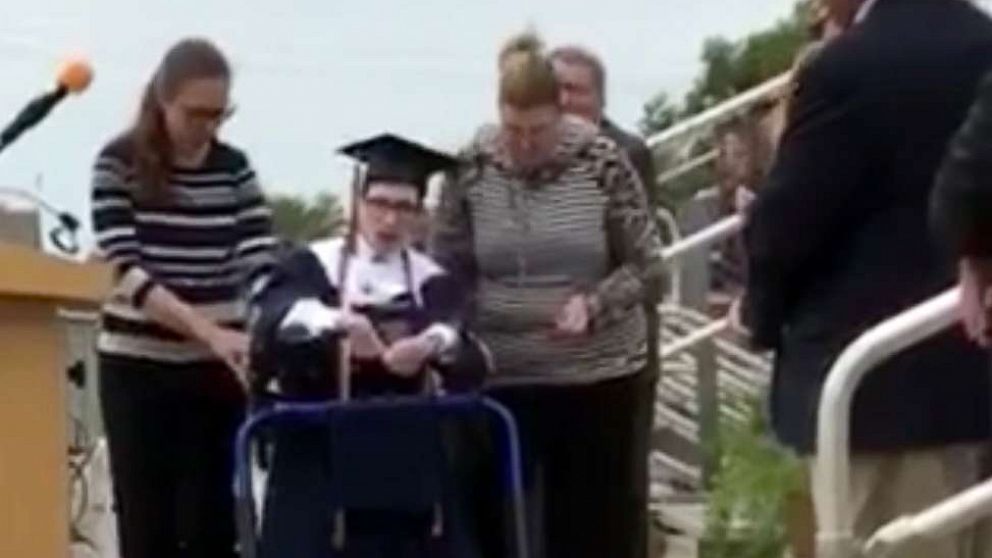 Courtesy Jeff Wittrock
Hunter Wittrock surprised his friends and family when he walked across the stage at Kingfisher High School's 2020 graduation ceremony in Kingfisher, Okla., May 16, 2020.

Wittrock plans to start his post-secondary education in the fall.