When a powerful tornado ripped through Chattanooga, Tennessee, on April 12, it destroyed several residential and public buildings.

Nearly a month later, after the site had been partially cleared, the high school's seniors gathered to pose -- while maintaining social distance -- in front of what is left of their school. These heartbreaking images represent not only the loss of their senior year, but the devastating upheaval to their community in the aftermath of the EF-4 tornado amid the coronavirus pandemic. 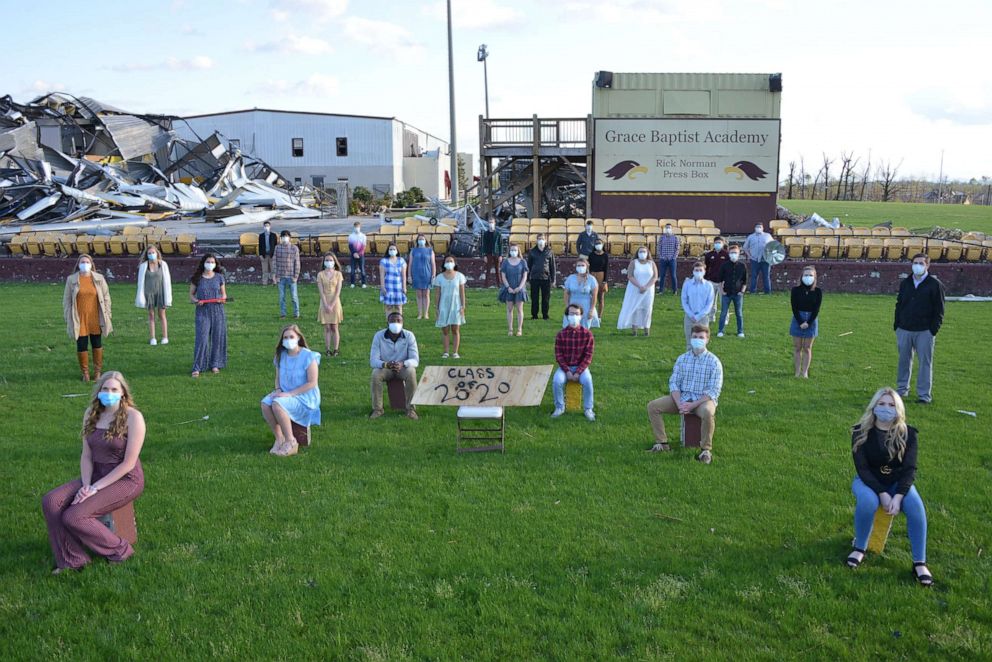 Courtesy of Don Arnold
The Grace Baptist Academy high school seniors pose in front of the school that was destroyed by an Easter tornado on May 6, 2020 in Chattanooga, Tenn.

Allison Sigler, 17, the school's senior class president, said that she and her fellow classmates were devastated to hear the news that their school was destroyed.

"I just sat on the stairs and cried for 30 minutes straight," said Sigler, who also shares the school with two sisters and a mother who works as an administrative assistant. "It was super heartbreaking seeing that place that I had known so well just gone."

"A week or so after the tornadoes, I made a whole group chat on Instagram with the entirety of my class," she explained. "There are only 30 of us, and I just proposed that we go down and take a picture in front of the high school -- our home."

The school's students have been learning remotely since March 18, due to the coronavirus pandemic. As a high school senior, Sigler said that all the canceled senior events, and now the tornado, have felt surreal. 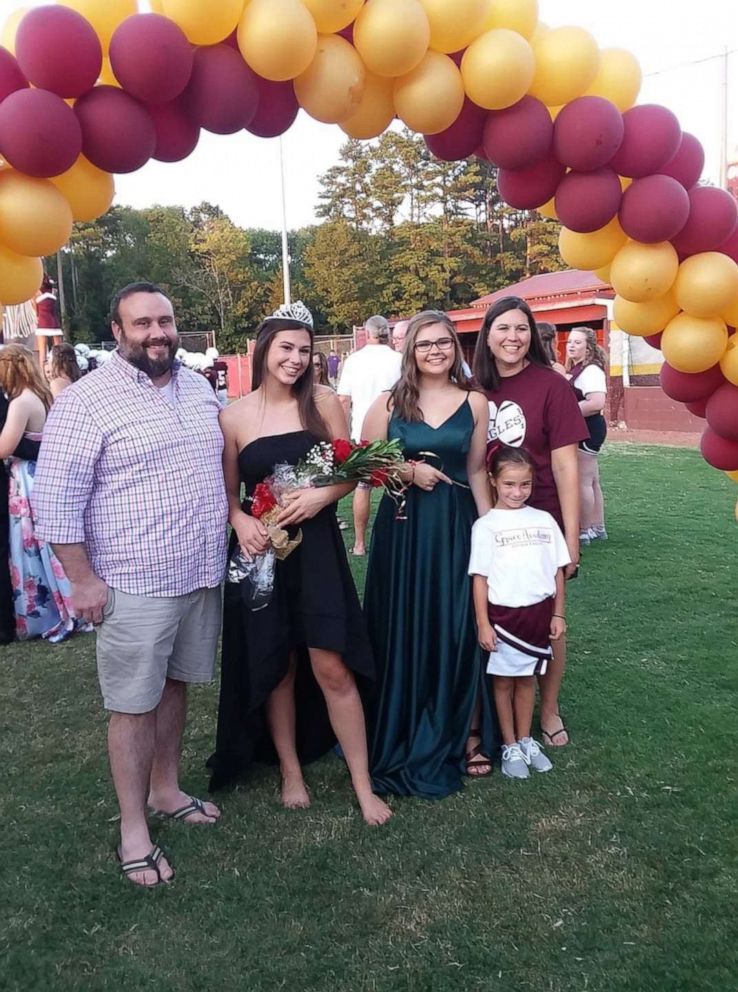 Courtesy of Allison Sigler
Allison Sigler as the 2019 Homecoming Queen, pictured with her father, Matt, mother, Kristen, and sisters, Katelyn and Kinsley in Chattanooga, Tenn.

"Last year, there were so many things that I had thought I had one more of, but then I just didn't," said Sigler, who planned to be in the school's musical this spring.

Matthew Pollock, 56, the head of Grace Baptist Academy for the past seven years, said the tornado "absolutely devastated both sides of our campus. It just ran on a diagonal right through there. So, there was catastrophic damage in less than two minutes."

Pollock said that luckily, no teachers or students were injured.

Pollock estimates that the total damage to the school is somewhere between $20 million and $30 million, and says he was touched when the school's seniors reached out to him for permission to take photos in front of the wreckage. 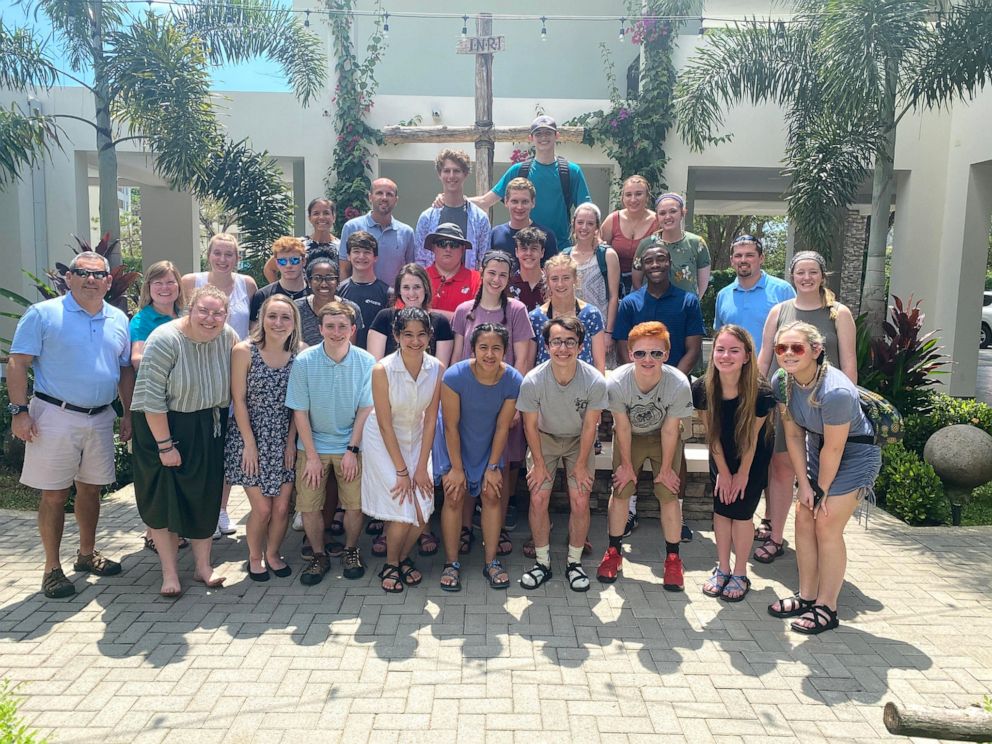 Courtesy of Allison Sigler
The Grace Baptist Academy senior class on a service trip in Costa Rica in early March.

"A couple of seniors contacted me and said, 'Oh, please let us come back on campus together,'" he said, adding that safety was his biggest concern regarding the photo shoot. "[The pictures] really are significant. This is their home … a good number of these 30 started in our preschool."

MORE: Prom was canceled, but these high school boys made sure the girls still got flowers 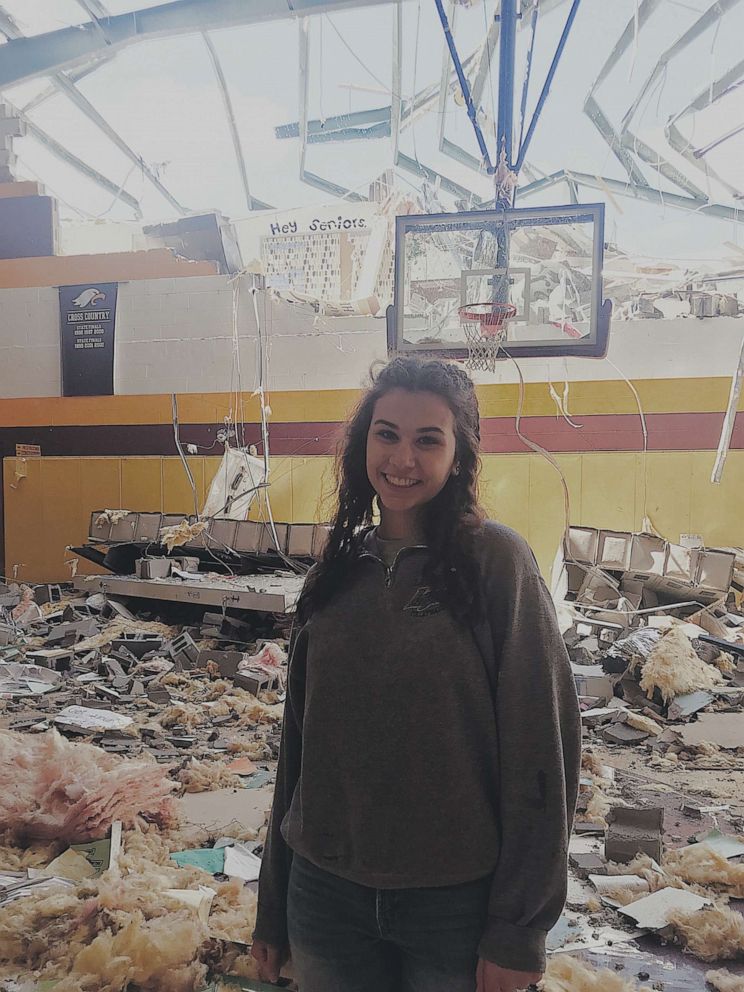 Courtesy of Allison Sigler
Senior class president, Allison Sigler, poses in front of, what once was, the senior hallway after the tornado in Chattanooga, Tenn.

The community has been rallying around Grace Baptist Academy, including other rival high schools who are fundraising with T-shirt sales, in hopes that the school will rebuild better than it was, said Pollock.

"A vision for our school has always been these two words: 'Grace Transforms,'" Pollock said of the resilience of the class of 2020. "Our school is being transformed … we can see the future and it's very, very bright."