By Eunseo Nam
Video by Eunseo Nam, Nidhi Singh
Share —
Sign up for our newsletters to get GMA delivered to your inbox every morning!

On one sizzling hot day in July, dozens wait anxiously in line to enter a cafe in Seoul. It’s not just any ordinary coffee shop, it’s a cafe celebrating the birthday of a highly adored K-pop star, Taeyong of NCT.

Inside, Taeyong’s eyes stare back from every corner. His selfies, posters, and album covers are plastered all over the wall, paper cups and even cookie wrappers. This, however, isn’t the only cafe overflowing with affection for the idol star; there’s a similar cafe celebrating his birthday just three blocks away, and another one just four blocks east. In fact, over 20 coffee shops were open in Seoul that day to celebrate this pop star, in a unique South Korean fan culture dubbed the “birthday cafe.” 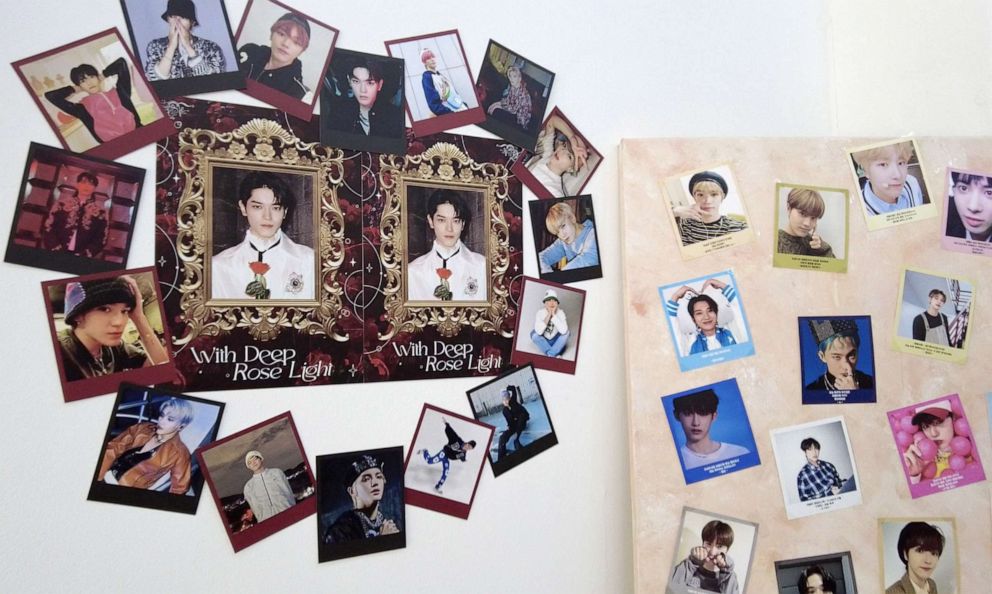 ABC News
Photos of Taeyong, a member of the Korean boy group "NCT," are plastered on the wall of the cafe.
MORE: K-pop classes being added to schools as music's success seen as growth industry in South Korea

When a K-pop idol’s birthday comes around, fans rent out an entire cafe, fill the venue with custom-made snacks, goodies and photos of the idol, and gather to celebrate the occasion.

What sets these apart from ordinary birthday celebrations is that the guests of honor rarely show up -- nor are they expected to.

“It’s ok even if he [Taeyong]’s not here, it’s a way in which fans can show our love and appreciation for him,” Sol Rosas, who has been a Taeyong fan since 2017, told ABC News.

Adriana Kurtovic, who has toured three birthday cafes in just one day, explains that “birthday cafes” are rather an opportunity to gather with fellow K-pop enthusiasts and bond over the celebration. 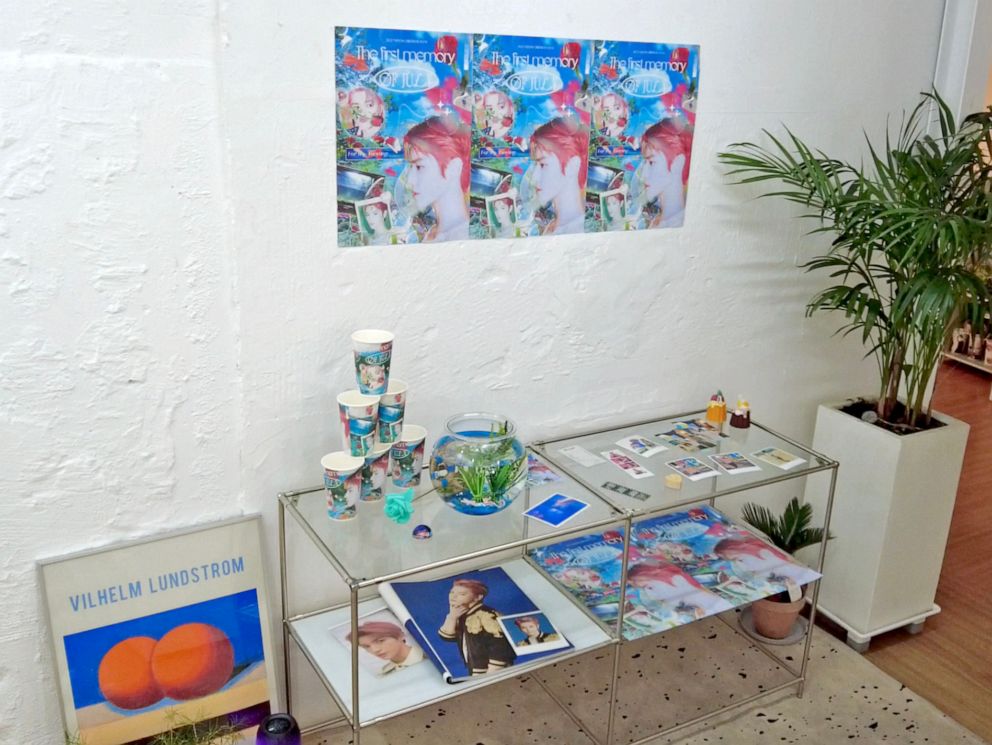 ABC News
A cafe display celebrates the birthday of Taeyong, a member of the Korean boy group "NCT," on July 1, 2022 in Seoul, South Korea.
MORE: Aespa performs on 'GMA': What to know about the K-pop girl group

A quick search of the Korean term Saeng-il cafe, which translates to “birthday cafe,” leads to more than 19,000 posts on Instagram. Some coffee shops in Korea open solely for the purpose of hosting these birthday events.

“Even though I don’t organize the birthday events myself, it’s always a very fulfilling experience to see fans enjoying themselves at our cafe,” Chung Ye-jin, who runs one such cafe in Seoul, told ABC News.

Oftentimes, more than dozens of “birthday cafe” events pop up across the country to celebrate the same idol star’s birthday. Dedicated fans embark on hour-long trips to visit as many celebrations as possible.

Ha Jae-geun, a Korean pop culture critic, explains that “birthday cafes” emerged as a result of the recent diversification of fan activities. “In the past, fans would often chase around K-pop idols or send them excessive gifts. However, faced with increasing public criticism, fan activities have instead diversified in unproblematic ways, giving rise to practices such as ‘birthday cafes,’” Ha told ABC News.

“Millennials and Gen Z have a tendency to enjoy gathering with those who share similar interests, even if they are complete strangers,” Seoul-based pop culture critic Kim Hern-sik told ABC News. “This tendency toward gatherings, combined with K-pop fan culture, has allowed K-pop to become an important medium for interaction between peers.”