In the days of pre-iPhone Christmas past, the holidays would not feel complete without a festive card from family and friends.

Now, you can see the Christmas card that started it all. The world’s first printed Christmas card has gone on show at the Charles Dickens Museum in London. 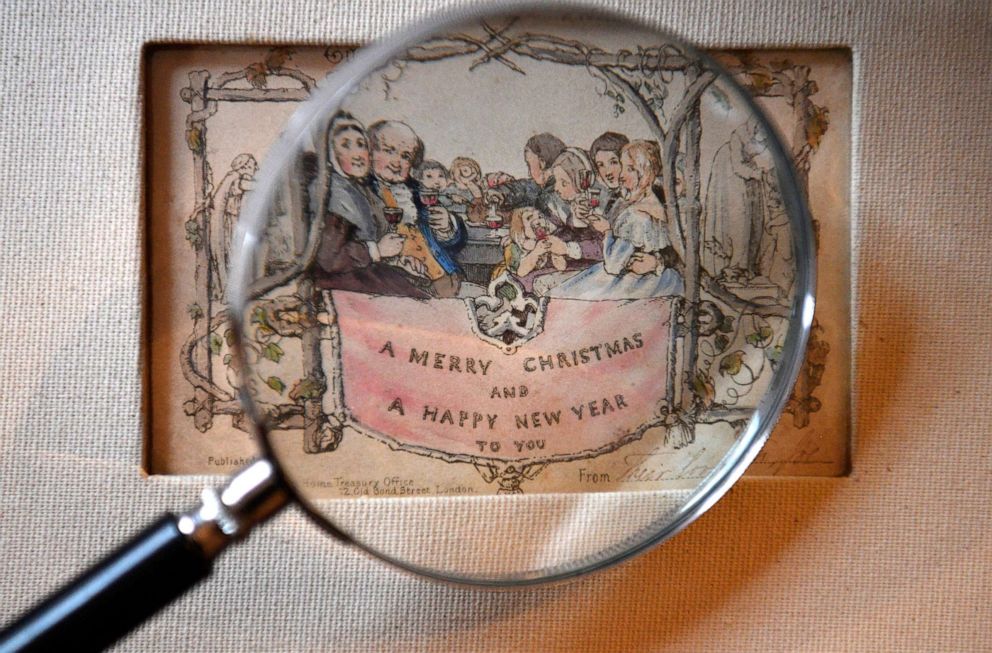 Neill Hall/EPA via Shutterstock
The world's first printed Christmas card is displayed at the Dickens House Museum in London, Nov. 19, 2019. The hand colored lithograph card was produced in 1843 and sold for one shilling.

The card presents the quintessential Christmas image. In the center, a family celebrates the holiday together, flanked by images of people feeding and clothing the poor to symbolize Christmas charity.

The card was originally published in 1843, the same year Charles Dickens' classic "A Christmas Carol" also headed to publication.

For fans of the famous British author, it just gets better. The Charles Dickens Museum, which currently houses the card, is actually Dickens' former London residence, where he wrote "Oliver Twist" and "Nicholas Nickleby."

The museum exhibit features the hand-colored card as well as its proof of copy.

One thousand copies of the card were originally printed in 1843, and each one was sold for one shilling, or about $4 in today’s value, according to the United Kingdom’s National Archives.

However, the card’s initial publication was not a success. The next Christmas card didn’t appear on the market until five years later where it took off, culminating in the posting of 4.5 million Christmas cards and a new holiday tradition still practiced almost 200 years later.