By Olivia Smith, Elisa Tang
Share —
Sign up for our newsletters to get GMA delivered to your inbox every morning!

Audrey Larson is a 14-year-old inventor.

For past competitions, she's created glow-in-the-dark pajamas and a device to pet your dog. But this year, after hearing about the school shooting in Parkland, Florida, she felt compelled to focus on a more serious issue.

"It's really scary to just think about, and that's kind of what sparked that idea," Larson said. "Some of my friends were having anxiety about being at school and I don't think that's fair to any kid."

Larson was looking for an idea to enter into competition, and discussions around school shootings among her peers led her to what she says is her own solution to the problem. She invented a foldable bulletproof wall model that can be used to protect students like her in the event of a school shooting.

"It's a foldable two-panel barrier that comes out of the wall for kids to hide behind in the event of a lockdown and, ultimately, in the event of a school shooting," Larson told "GMA" about her invention called Safe K.I.D.S. The name stands for Kevlar-cellulose-nanocrystal-AR500-steel Instant Defense System. 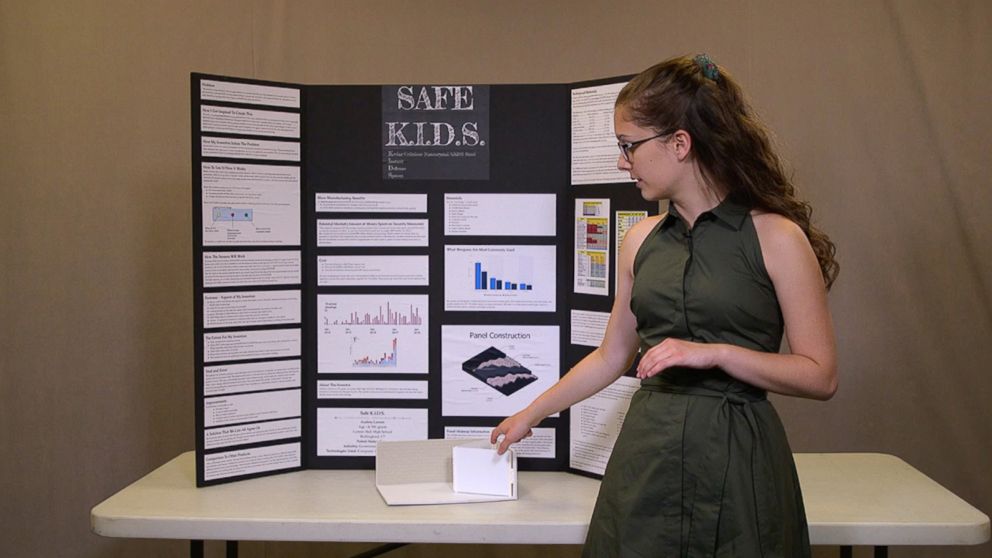 ABC News
Audrey Larson, 14, is pictured on July 31, 2018, with her invention idea on how to keep schools safe during a school shooting.

Some of my friends were having anxiety about being at school

Larson, who lives in Connecticut, first submitted her idea to the Connecticut Invention Convention, a program for young students to build projects centered on innovation. She won awards there before moving on to the National Invention Convention and Entrepreneurship Expo (NICEE) in Michigan. There Larson competed against other young inventors from all over the country, winning more awards and placing second in her grade level. She is currently working on securing a patent.

"It's very relevant, it really addresses the fears that are in school children today," said Mary Lombardo, a judge at the Connecticut Invention Convention and the vice president of engineering and innovation and research at United Technologies Corporation.

Lombardo is of two minds when it comes down to the issue.

"As a mom I was saddened that these are the things that are on the mind of a freshman girl in high school," Lombardo said. "I think as an engineer, I was fascinated with the robustness and detailed design work," she continued. 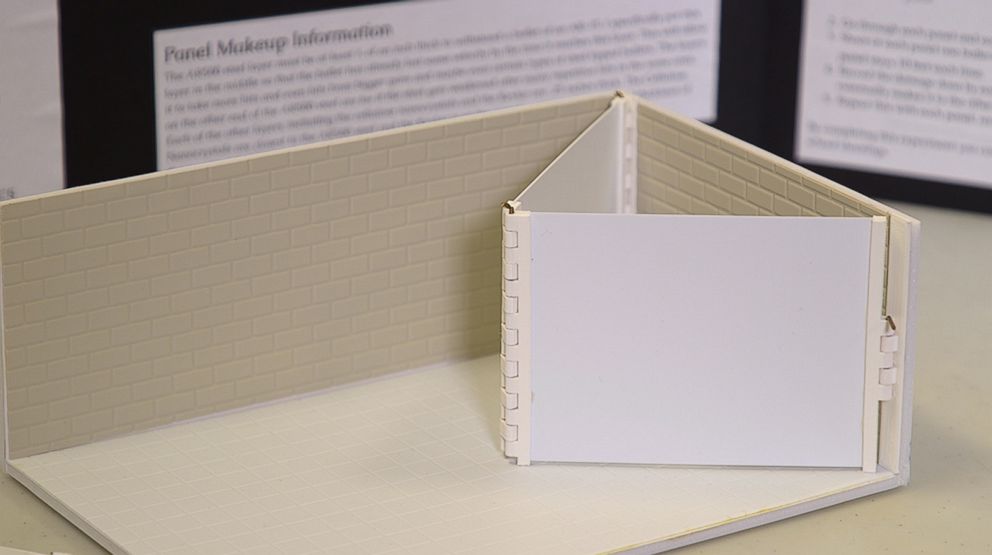 ABC News
Safe K.I.D.S. is a project from an invention competition that illustrates a potential solution to school shootings.

Larson chose the mix of materials that could make the wall including Kevlar to help it withstand shots from guns, even an AR-15 rifle. The accused Marjory Stoneman Douglas High School shooter in Parkland, Florida, allegedly used an AR-15 in the Valentine's Day massacre where 17 students and teachers were killed.

"From an engineering perspective I felt that it was very well thought-out," Lombardo said. "It was doable and really gave a very simplistic solution to a very difficult and complex social problem."

Larson's invention is in line with other bullet-resistant products, including backpacks and clothing that have been marketed to schools and parents in the wake of mass shootings. Questions have been raised about the efficacy of some of these products and more broadly, debates about the best way to keep kids safe.

Larson declined to weigh in on the gun reform debate, but said she considers her invention to be a "non-political solution" to the highly-politicized issue.

"[An invention] is not the only way," she said. But it "makes it maybe easier to implement in comparison to some of the other solutions as the gun control debate has been going on since Columbine."

"Her solution solves a couple of very interesting problems in modern classrooms today," said Adam Coughran, who used to work in law enforcement and is president of Safe Kids Inc., a group that provides safety training sessions for educators.

Coughran said many classrooms have a lot of windows to let in natural light, and glass isn't bulletproof. 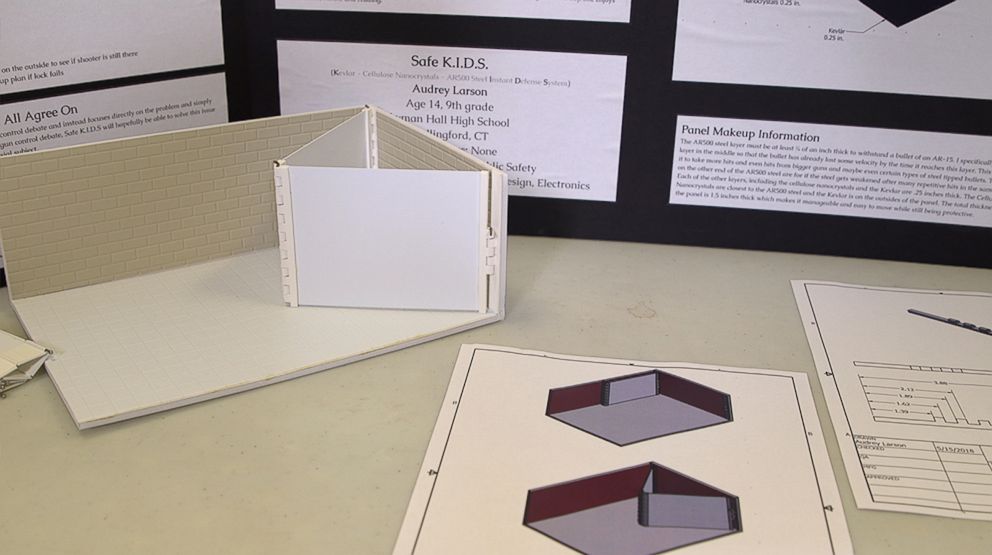 Although Coughran called her project "extremely innovative," he pointed out a few things that could hamper the wall in reality. Desks and space issues could get in the way of moving the wall quickly. The wall might also not be large enough to protect everyone in an emergency, especially if other people are running into the room from outside.

"Her design and concept can easily be taken and spun off into other designs, such as those panels being slid together like a barn door or sliding glass door to cover an entire wall of windows," Coughran said.

Growing up in light of massacres like Parkland and Sandy Hook, Larson believes that her generation will be at the forefront of innovating in this space.

"I think that my generation is going to be the change," Larson said. "Millennials and my generation tend to be forward thinkers and tend to be go-getters on some level -- minus our cell phones. ...I feel like the kids of my generation are already talking about this and getting fed up with it."