Keith Raniere and some former members from his so-called self-empowerment group are the subject of an explosive new movie on Lifetime, "Escaping the NXIVM Cult: A Mother's Fight to Save Her Daughter."

Raniere, also known as "Vanguard" to members within NXIVM, has been labeled a conman and a predator who allegedly took advantage of women, blackmailed them with nude photos and threatened to expose their "deepest, darkest secrets" if they didn't act as his sex slaves, according to authorities.

Now a new book turned TV movie from "Dynasty" actress Catherine Oxenberg details her efforts to save her daughter India Oxenberg, who was one of Raniere's followers.

Oxenberg joined "Good Morning America" on Wednesday and explained why she went ahead with making the film. 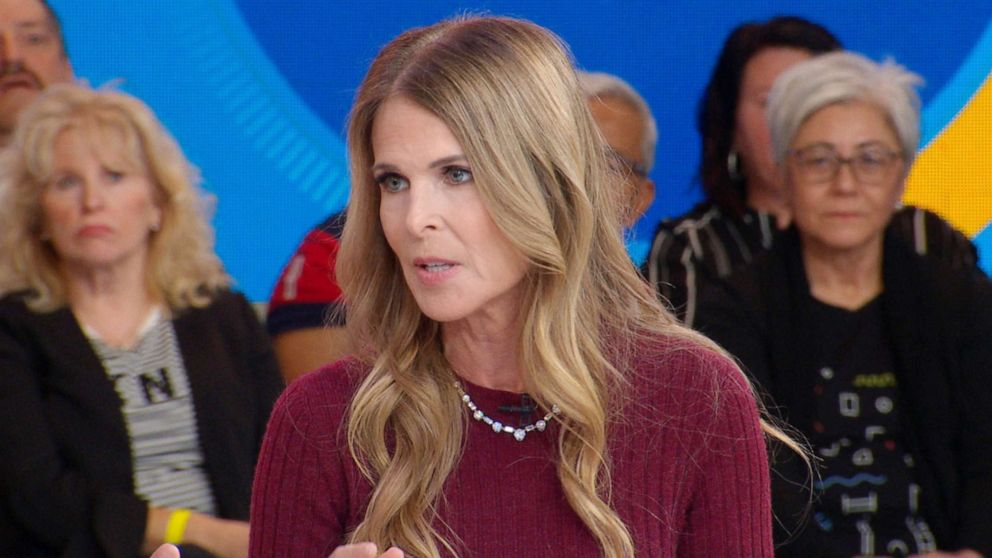 "Deciding to make the film actually was a harder decision because my daughter was out of the cult and wants to move forward and doesn't want the stigma of being associated with NXIVM," Oxenberg said. "But the decision was it's more important to expose these sexual predators and their predatory tactics because they lose power, their playbook is very slim."

"In order to protect other young women I thought this was important to tell the story," she added.

The upcoming movie on Lifetime -- which is part-owned by ABC's parent company, Disney -- reveals Oxenberg's impressions of the man who led the secretive organization and how he was able to lure her daughter. Oxenberg's book, "Captive: A Mother's Crusade to Save Her Daughter from a Terrifying Cult," was released in August.

"The had this supposed leadership self-help program and he funneled people through and it looked legitimate," she explained. "I thought that there was some benefit in the beginning, but truthfully it's a bait and switch and it was a recruitment funnel for sexual partners for him, but you didn't know that walking in."

Raniere was also ordered to pay over $1 million to the investigative firm used to fend off civil lawsuits by the state of New York.

Oxenberg said that her daughter has since "done a lot of healing" and is "in a very empowered place."

"I'm really, really proud of her. It was a terrifying ordeal," Oxenberg said.

According to Richard P. Donoghue, the United States attorney for the eastern district of New York, "Smallville" actress Allison Mack recruited women into what they believed was a "female mentorship group that was, in fact, created and led by Keith Raniere."

Raniere did not testify at trial and his defense attorney did not call any witnesses, but contended in court that the relationships were consensual, not forced.

Oxenberg said she expects to attend Raniere's sentencing when that day comes.

"It's a privilege to watch the wheels of justice turning and to watch justice being served," she said. "This man deserves to spend the rest of his life in jail. He's a danger to society."

If she could confront Raniere today, Oxenberg said she would tell him "his reign of terror is over."

"Escaping the NXIVM Cult: A Mother's Fight to Save Her Daughter" premieres Sept. 21 on Lifetime.