Actress Lori Loughlin and her husband pleaded not guilty to charges stemming from a nationwide college entrance cheating scandal, according to documents filed Monday in Boston federal court.

Magistrate Judge M. Page Kelley granted requests Monday from both Loughlin and her husband, the fashion designer Mossimo Giannulli, who live in Los Angeles, to enter their pleas to a new charge of conspiracy to commit money laundering filed last week without having to travel to Boston to do so, according to documents in U.S. District Court in Boston.

Nine other parents facing the same charge were also given permission to enter not guilty pleas after they all waived their right to appear in court, records show. 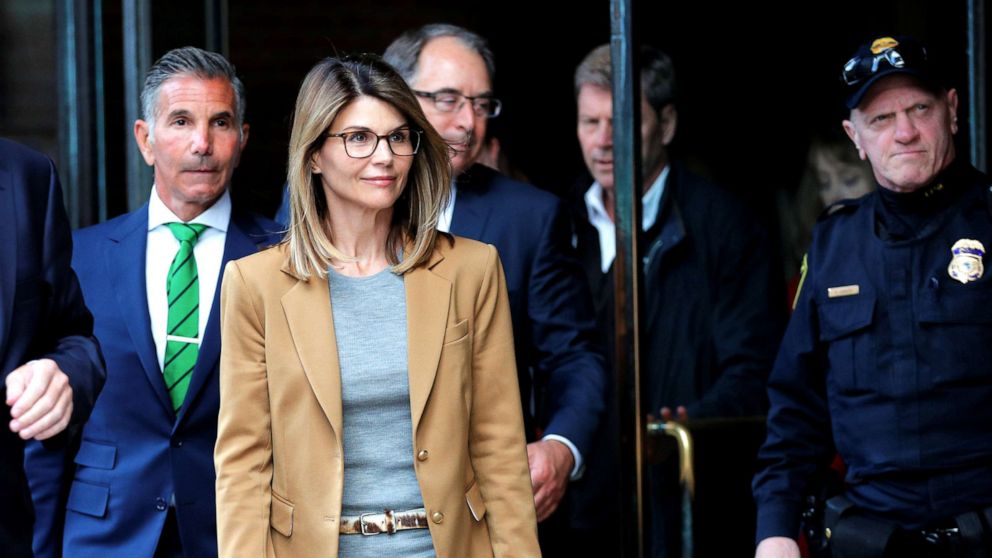 Loughlin, best known for her role as Aunt Becky on the ABC sitcom "Full House," and Massimo were already charged with conspiracy to commit mail fraud and honest services mail fraud along with 35 other parents, including actress Felicity Huffman.

A new superseding indictment unsealed last Tuesday alleges that Loughlin, 54, Giannulli, 55, and other parents hit with the additional charge of conspiracy to commit money laundering disguised their bribes to the ringleader of the scam as donations to fund programs for "disadvantaged youth."

Loughlin, 54, and Giannulli, 55, could each get a maximum 20-year prison sentence if convicted.

Huffman is scheduled to be sentenced on May 2 in Boston.

Court documents unsealed on March 13 say Loughlin and Giannulli "agreed to pay bribes totaling $500,000 in exchange for having their two daughters designated as recruits to the USC crew team -- despite the fact that they did not participate in crew -- thereby facilitating their admission to USC."

Federal agents obtained emails from Loughlin and a recorded conversation in which Loughlin and Giannulli implicated themselves in the scam, according to the documents.

The superseding indictment unsealed last week charges that the couple and 14 other parents conspired to "conceal their fraud scheme by funneling bribe and other payments through the facade" of the Key Worldwide Foundation, a sham charity established by William "Rick" Singer, who federal prosecutors identified as the ringleader of the nationwide scam. 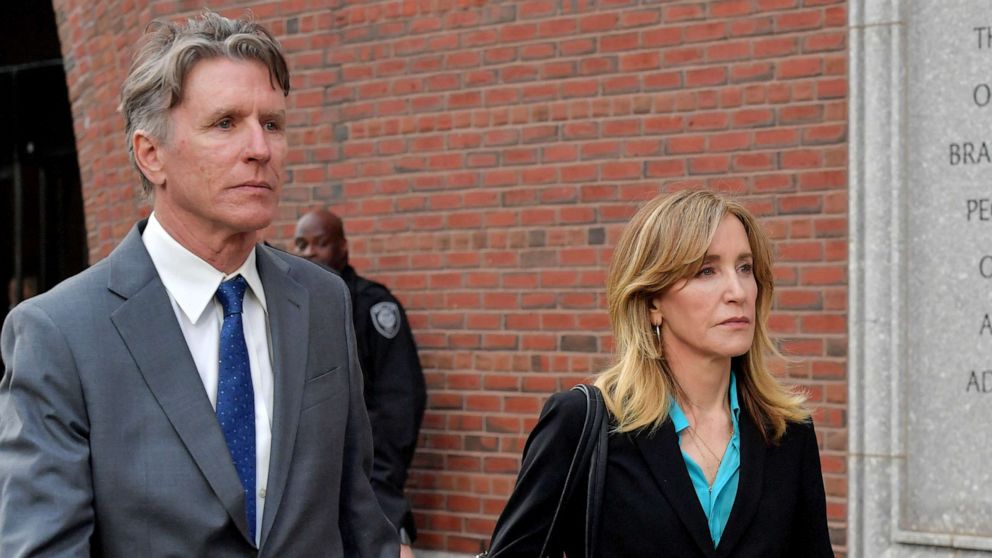 Singer has already pleaded guilty in a Boston federal court to charges of racketeering conspiracy, money laundering conspiracy, conspiracy to defraud the United States and obstruction of justice. He's scheduled to be sentenced on June 19.

Huffman -- famous for her Academy Award-nominated role in "Transamerica" and the television show "Desperate Housewives" -- allegedly gave $15,000 to Singer "to participate in the college entrance exam cheating scheme on behalf of their oldest daughter," court documents allege.

Huffman and her husband, actor William H. Macy, later made arrangements to pursue the scheme a second time, for her younger daughter, before deciding not to do so, court documents allege. Macy was not charged in the scam.

"I am ashamed of the pain I have caused my daughter, my family, my friends, my colleagues and the educational community. I want to apologize to them and, especially, I want to apologize to the students who work hard every day to get into college, and to their parents who make tremendous sacrifices to support their children and do so honestly," Huffman said in a statement.

"My daughter knew absolutely nothing about my actions, and in my misguided and profoundly wrong way, I have betrayed her," she said. "This transgression toward her and the public I will carry for the rest of my life. My desire to help my daughter is no excuse to break the law or engage in dishonesty."