Alec Baldwin spoke out for the first time on camera since last week’s deadly shooting on the set of the film "Rust," calling it a "one-in-a-trillion episode."

The actor discharged the antique revolver during a dress rehearsal for the Western, killing the film's cinematographer, Halyna Hutchins, and wounding its director, Joel Souza.

In a nearly four-minute exchange with a reporter from BackGrid Saturday outside his Vermont home, with his wife by his side, Baldwin said he is fully cooperating with police and talks to them "every day." He said he has been ordered by authorities not to answer any questions about the investigation into the shooting, which occurred on Oct. 21 at the Bonanza Creek Ranch near Santa Fe, New Mexico.

"I'm not allowed to make any comments because it's an ongoing investigation," Baldwin said in the video. "I've been ordered by the sheriff's department in Santa Fe. I can't answer any questions about the investigation. I can't." 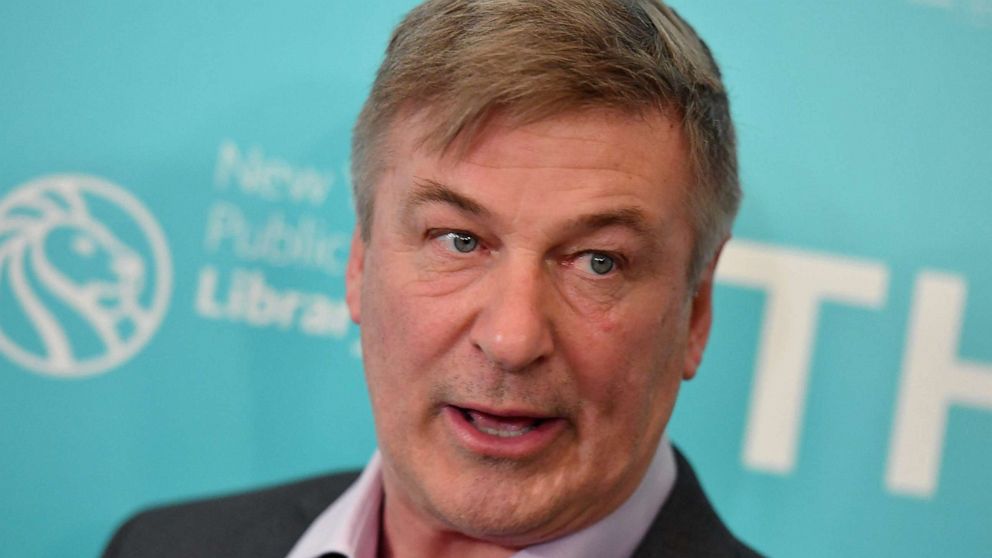 The star, who was also a co-producer on the film, spoke about Hutchins, 42, who was struck in the chest and died after being airlifted to a hospital.

"We were a very, very, you know, well-oiled crew shooting a film together, and then this horrible event happened," he added.

Baldwin said he's in "constant contact" with Hutchins' husband, Matthew Hutchins, and discussed meeting with him and their 9-year-old son after the deadly shooting. 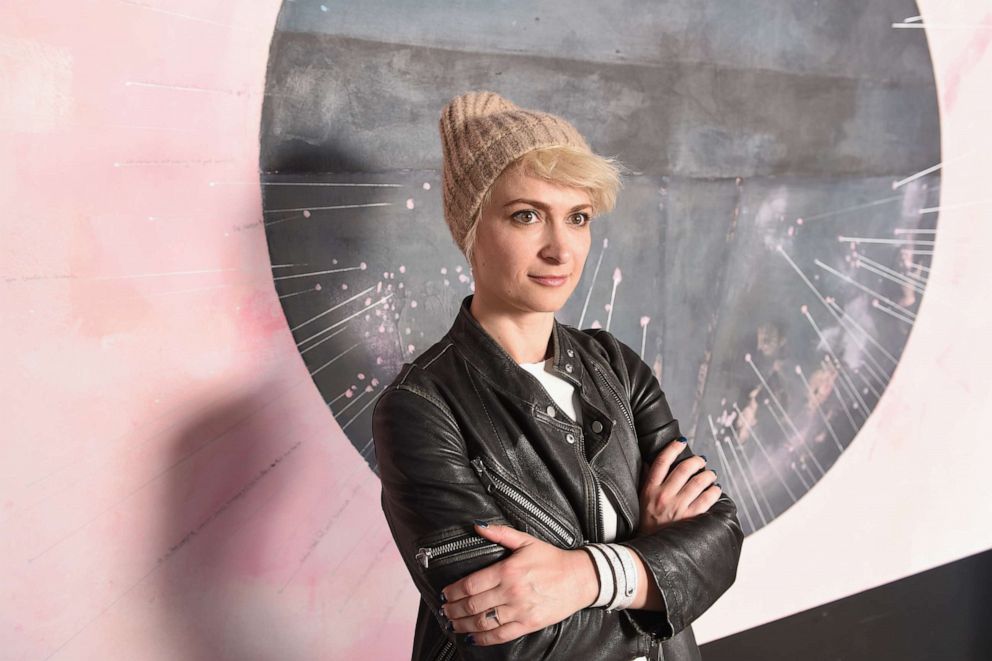 Fred Hayes/Getty Images for SAGindie, FILE
Director of photography Halyna Hutchins was killed and director Joel Souza was injured on set while filming the movie "Rust" in Santa Fe, N.M., on Oct. 21, 2021.

"I wouldn't know how to characterize it," Baldwin said. "The guy is overwhelmed with grief."

At one point in the interview, the reporter forgot Hutchins' name, prompting Baldwin's wife, Hilaria Baldwin, to say, "Her name is Halyna. If you're spending this much time waiting for us, you should know her name. Her name is Halyna."

Baldwin released a statement a day after the incident, saying in a Twitter post, "There are no words to convey my shock and sadness regarding the tragic accident that took the life of Halyna Hutchins, a wife, mother and deeply admired colleague of ours."

"My heart is broken for her husband, their son, and all who knew and loved Halyna," he said.

1-
There are no words to convey my shock and sadness regarding the tragic accident that took the life of Halyna Hutchins, a wife, mother and deeply admired colleague of ours. I'm fully cooperating with the police investigation to address how this tragedy occurred and

2- I am in touch with her husband, offering my support to him and his family. My heart is broken for her husband, their son, and all who knew and loved Halyna.

Production of "Rust" was paused after the shooting. When asked if he thought production would start up again, Baldwin said, "No, I doubt it."

The actor said he does not know if he would ever work on another film set involving firearms again, but that efforts to limit the use of firearms on sets "is something I'm extremely interested in."

Santa Fe County Sheriff Adan Mendoza said this week that investigators suspect a real bullet was loaded in the firearm that Baldwin discharged. An assistant director handed the gun to Baldwin while proclaiming "cold gun," to let the crew know a gun with no live rounds was being used, according to a search warrant affidavit. The assistant director told investigators he did not know there were any rounds in the gun he gave to Baldwin, according to the warrant.

Three guns -- the Colt revolver, an apparently non-functioning .45-caliber revolver and a plastic non-functioning prop gun -- were seized from the scene, along with 500 rounds of ammunition that included a mix of blanks, dummy rounds and live rounds, according to Mendoza.

Santa Fe District Attorney Mary Carmack-Altwies said no decision has been made on whether charges will be filed and that "no one has been ruled out at this point." Any decision to bring charges could take weeks or months, she said.