In an opinion piece published in the New York Times, Anita Hill wrote that the cultural shifts brought about by the #MeToo movement might have begun in 1991, had the Senate Judiciary Committee, at the time led by Joe Biden, responded more seriously to allegations of sexual misconduct.

The piece was published days after Jill Biden, a college professor and wife of the former vice president, said "it's time to move on" from the controversy of the confirmation hearings her husband presided over.

"He apologized for the way the hearings were run," Jill Biden said in an interview Tuesday on NPR's "Morning Edition." "And so now it's kind of — it's time to move on"

Hill, a professor at Brandeis University, testified during the 1991 hearings that Justice Clarence Thomas had made unwanted advances and lewd comments. At the time Hill was a young law professor and had worked for Thomas.

Biden, a former vice president and 2020 presidential candidate, led the Senate Judiciary Committee during Thomas' confirmation and has received scrutiny for the way he handled the hearings. He has expressed regret over the way Hill was treated during the hearings and ultimately voted against Thomas.

Biden has said that he is responsible for the way Hill was treated during the confirmation hearings. 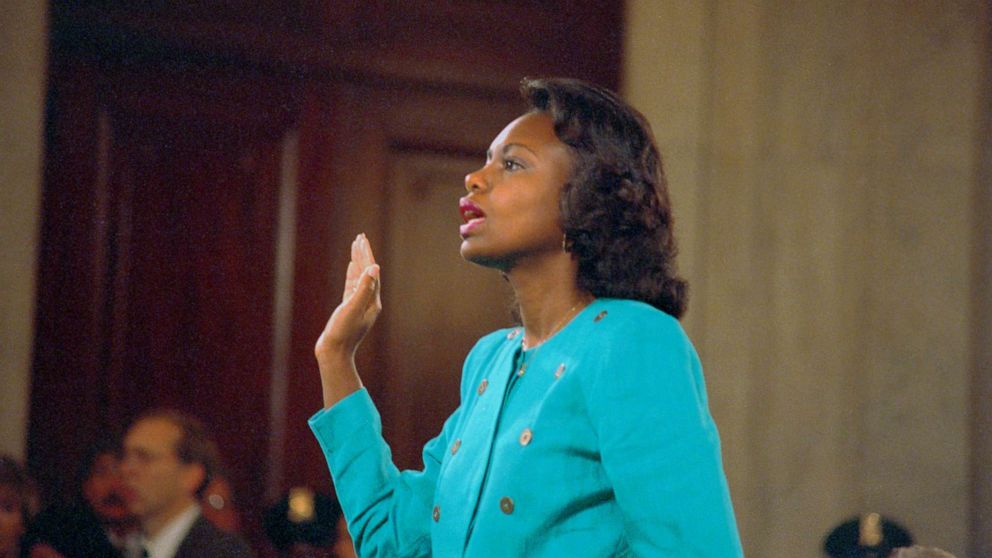 In the New York Times, Hill wrote that the 2018 hearings confirming Justice Brett Kavanaugh to the Supreme Court, amid allegations of sexual misconduct, signaled that cultural changes have not come about as quickly as some may believe.

"As the #MeToo revelations laid bare the truth of the overwhelming size of the problem, victims dared hope that our political leaders would take up the challenge of confronting it," Hill wrote. "But that hope was dashed last year."

During the hearings, Hill wrote, "a new generation was forced to conclude that politics trumped a basic and essential expectation: that claims of sexual abuse would be taken seriously."

In the final paragraph of her New York Times piece, Hill wrote, "Sexual violence is a national crisis that requires a national solution. We miss that point if we end the discussion at whether I should forgive Mr. Biden."