The anti-abortion rights movement is at a critical moment, motivated in large part by conservative justices on the Supreme Court who seem poised to rule in favor of states' stringent abortion laws. Now, with the majority of the highest court seemingly on their side, anti-abortion rights supporters are publicly preparing for a post-Roe v. Wade America.

"I know in my heart that the tide has turned for the pro-life movement" said former Vice President Mike Pence, speaking at the National Pro-Life Summit in Washington, D.C., on Saturday morning. Pence's rallying remarks mark one of several public appearances related to the Supreme Court challenge to Roe v. Wade he's given in the past several months.

"The pro-life generation has never been stronger. And thanks to all of you, life is winning in America again. And I believe the majority of the highest court in the land is on our side as well."

At the summit, the rallying cry was clear: abortion rights opponents believe the post-Roe world is imminent. Kristan Hawkins, the president of the Students of Life America, roused crowds to "launch the next phase of the anti-abortion movement from Washington, D.C,. to every one of your state's capitols."

"The final fight for freedom is here. It's today, it's now," said Hawkins.

And that mantra was echoed across the anti-abortion rights movement in recent days.

"Next year will be a new era, because Roe will be gone," Daniel Lipinski, a former member of Congress from Illinois, told a crowd of anti-abortion advocates at Friday's March for Life on the National Mall.

For the last 49 years, throngs of activists have poured into Washington on the anniversary of the passage of Roe v. Wade to evangelize their message, lobby Congress and march down Independence Avenue for their beliefs. Some high-level proponents hope this year's gathering will be their last. 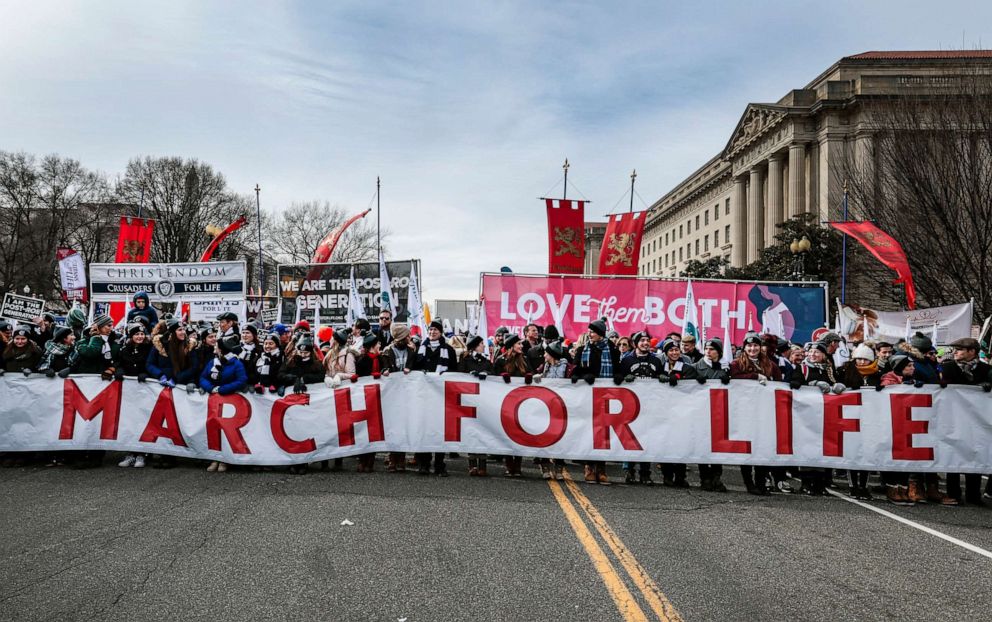 "We had a dream that we wouldn't have to go back on a cold day in January every year," said Cardinal Sean O'Malley in a homily mass on Friday at the National Prayer Vigil for Life.

"Perhaps this will be the year of Herod's death," O'Malley added, likening the biblical tale of King Herod to Roe's potential demise, "when legal protection for unborn children will be enshrined in our laws."

Members at all ranks of the anti-abortion rights movement show new confidence in a Supreme Court, outfitted by three appointees from then-President Donald Trump -- appointees specifically chosen to overturn Roe, according to the former president. For the first time in decades, the justices are taking up one of the largest threats to abortion protections guaranteed by Roe v. Wade and Planned Parenthood v. Casey with their consideration of Dobbs v. Jackson's Women's Health Organization, a challenge to a Mississippi law that bans nearly all abortions after 15 weeks of pregnancy. While a final decision isn't expected until June, the justices' response to oral arguments in Dobbs v. Jackson gave anti-abortion rights advocates new vigor.

"We expect this year's March for Life to be historic with even higher levels of enthusiasm from participants," Jeanne Mancini, president of March for Life, told ABC News in a statement. "We are all hopeful that, with the Dobbs v. Jackson Women's Health Organization case before the Supreme Court, this year will bring us much closer to building the culture of life we have all marched for since Roe v. Wade was imposed on our nation nearly 50 years ago." 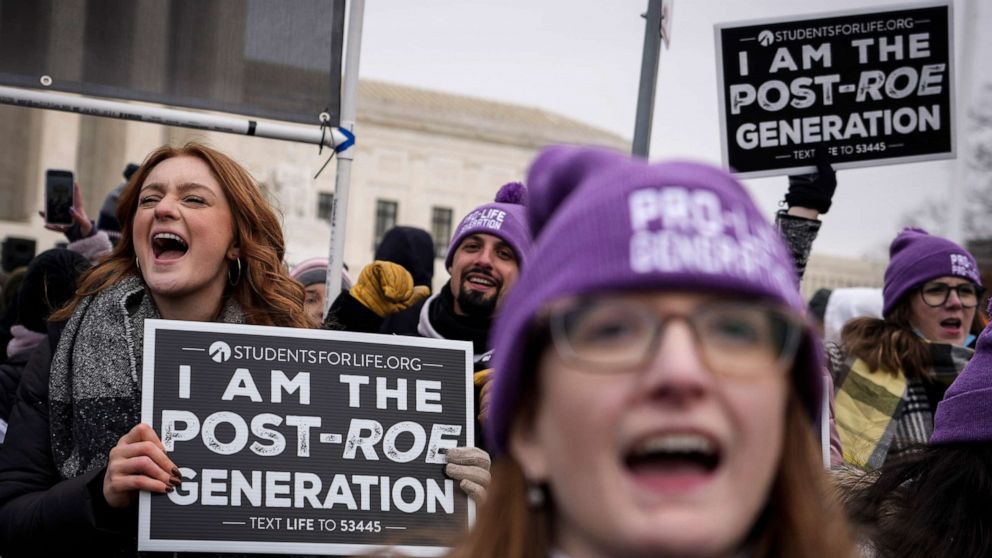 Jeff Hunt, vice president of public policy at Colorado Christian University, who was previously affiliated with both Rick Santorum and Mitt Romney's presidential bids, told ABC News that this year's March for Life comes at a "historic moment."

"We are the precipice of weakening the stranglehold Roe v. Wade has had on American citizens' rights to address abortion policy," said Hunt.

Such weakening is not new. Over the past several years, states have been highlighting and passing anti-abortion rights policies, aided heavily by the Trump administration appointing conservative judges at near breakneck speed. In 2019 alone, 18 states enacted laws to prohibit or restrict abortion, with nine of them enacting pre-viability bans, according to the Center for Reproductive Rights, a pro-abortion rights advocacy group.

Last year, Texas Gov. Greg Abbott signed into a law that bans all abortions once cardiac activity is detected, while newly installed Virginia Gov. Glenn Youngkin has freshly tasked his new chief diversity officer to serve as an "ambassador for unborn children."