Imagine you are going in to work. If you work in an office building, you probably have to go through the front doors, maybe past a security desk. You might even get on an elevator.

You may pick up some coffee or tea in the break room and say hello to a co-worker, before finally sitting down at your workspace.

Sounds pretty normal so far, but as many states begin the process of reopening as the novel coronavirus pandemic loosens its grip, experts say it's time to start thinking about how to keep those workplaces germ-free.

MORE: Island tests COVID-19 tracking app: 'If you were in my shoes you’d get that app,' says health care worker

Mark Ein, the CEO of Kastle Systems, a security company specializing in office buildings, told ABC News' "Perspective" podcast that technology can play a role in monitoring surfaces around the building that could have the virus, starting at the front door.

"As you approach the building, the security app on your phone, which we [already] have today, will connect with the motorized door, because the app said that you're authorized to come into the building, [and] the door will open automatically," said Ein.

The same smartphone app can also save you from touching elevator buttons.

"[Instead of] pushing both the floor and that you need an elevator, you'll put it in your app and the app will talk to the elevator, call the elevator and tell it where you're going," said Ein.

MORE: ‘A distraction’? Experts warn of limitations of tech for contact tracing

The app is part of a larger plan that Kastle has come up with called Kastle Safe Spaces. Ein said it's designed as a framework employers can use as they start to bring workers back.

There's even a version of an immunity passport scaled down for use around the office.

"At the point when we have widespread testing, if we also use antibody testing as a way to determine who is safe, all of those things can be entered into your health record and you can effectively get an easy pass if you're known to be safe," Ein said. 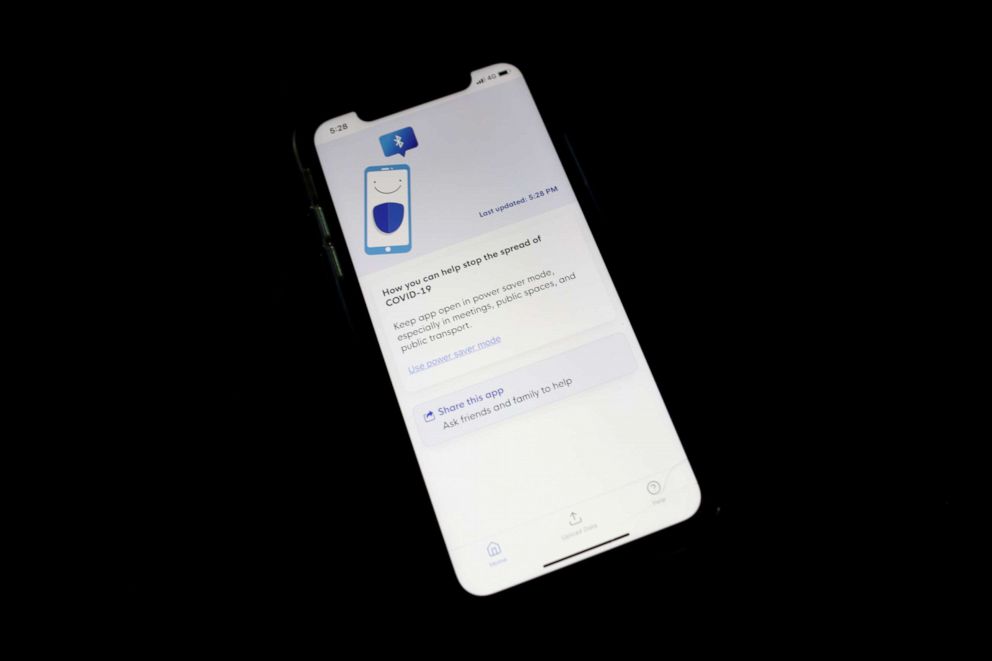 Edgar Su/Reuters, File
Contact tracing app TraceTogether, released by the Singapore government to curb the spread of COVID-19 is seen on a mobile phone, in Singapore, March 25, 2020.

The easy passes can also work in reverse by tracking people who may not have symptoms, but could still be spreading the virus.

It's a form of contact tracing, which is considered by the Centers for Disease Control and Prevention to be a key strategy in slowing the spread of coronavirus.

Apple and Google recently teamed up to develop their own tracing technology, but those strategies all address large populations.

Howard Tiersky, the CEO of FROM, a digital marketing firm, developed an app designed specifically for the workplace by using the Bluetooth on your smartphone.

"It's recording what we call an incident, and an incident is a period of time when you get closer than a certain threshold to another person with the app," Tiersky told the "Perspective" podcast. "It's generally around 7 feet and it records how long you were near that person, who the other person was and approximately how far away from them you were." 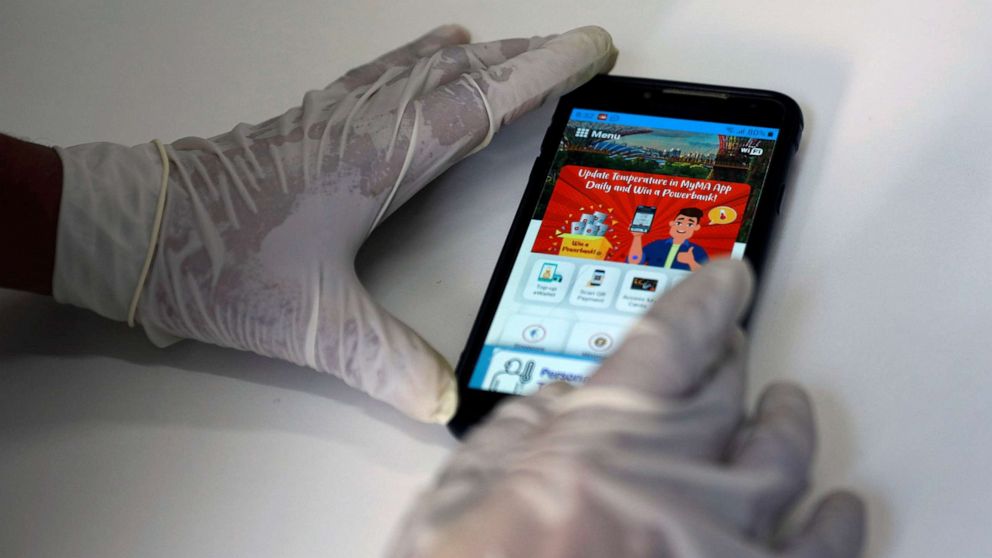 Edgar Su/Reuters
A migrant worker shows the MyMA app in his dormitory, amid the coronavirus outbreak in Singapore, on May 15, 2020. The app provides news updates, electronic remittance, monitoring of daily temperatures and streaming of movies in Hindi and Bengali.

There can be downsides to contact tracing in an office, according to Quentin Rhoads-Herrera, the professional services director at cybersecurity firm Critical Start.

He told "Perspective" that it could make it easier for employees to identify sick co-workers, even if the data is anonymized.

"All of a sudden one person disappears, and now I'm getting an alert that I've been around somebody who has been infected with COVID-19. Well, I'm going to be able to make an assumption that was that person," said Rhoads-Herrera.

That could have unintended consequences.

"Nobody wants to be shamed for something like COVID-19, or anything, and I think that would lead to that," said Rhodes Herrera.

For his part, he said that it's an employer's responsibility to create a corporate culture where that type of shaming is not allowed, similar to anti-discrimination policies around gender, age or disability reporting.