Since early reports of COVID-19's suspected origins in Wuhan, China, the Asian and Pacific Islander community in the United States has faced skyrocketing incidents of hate, including a string of racist incidents against athletes.

"People are racially profiling Asians. Although they blame China for the source of the disease, they indiscriminately attack anybody who looks Chinese," Russell Jeung, a co-founder of the Stop AAPI Hate coalition that has been tracking incidents of hate since the start of the pandemic, told ABC News. "Athletes are not immune to this racism, and experience it both on the streets and in the fields." 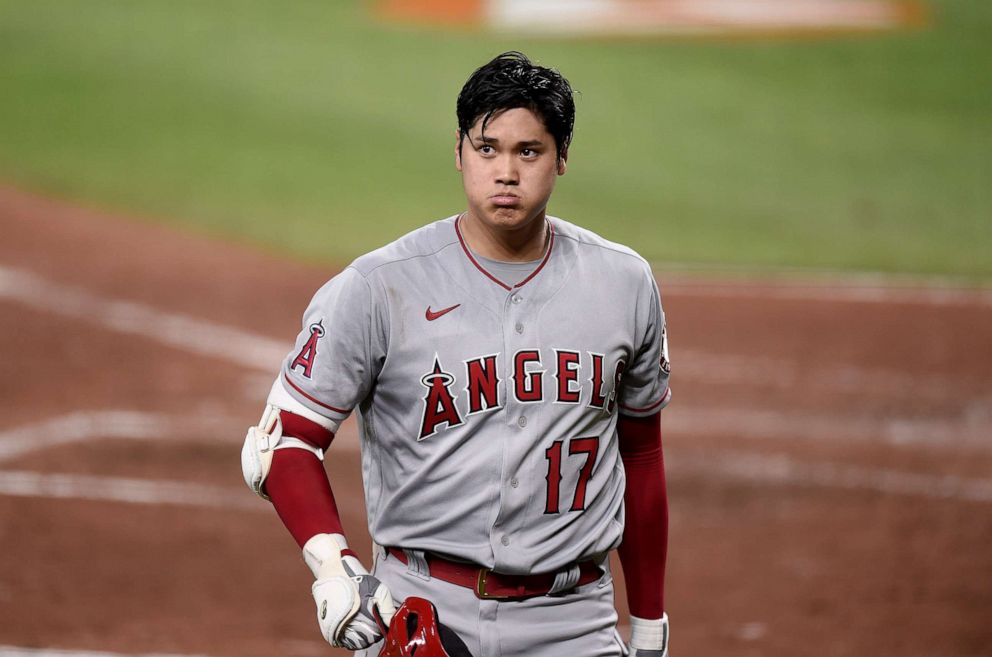 G Fiume/Getty Images, FILE
Shohei Ohtani walks to the dugout after striking out in the sixth inning against the Baltimore Orioles at Camden Yards, Aug. 25, 2021, in Baltimore, Maryland.

NBA veteran Jeremy Lin, who is Taiwanese-American, revealed that he was called "coronavirus" by another player on the court.

Amid outrage over the March killing of six Asian women at three Atlanta area spas, Atlanta Falcons kicker Younghoe Koo opened up about the Anti-Asian "jokes and the name calling" he's experienced.

Before the spa shootings, a history of stereotypes that perpetuated anti-Asian bias

And UCLA basketball star Natalie Chou, who is of Chinese descent, penned a passionate essay for ESPN in which she opened up about being profiled and feeling unsafe in public during the pandemic. 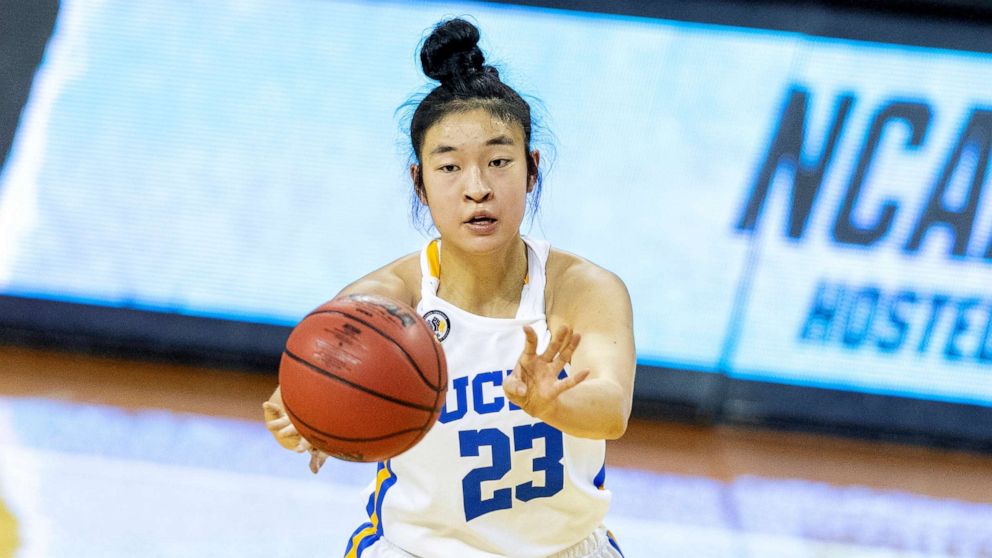 "For weeks, I have been scared to go outside by myself. I am always alert and tense because I do not know how people will respond to me," she wrote. "People who look like me have been put in danger and have become targets. We are being attacked during a time where unity and togetherness are vital."

Jeung, a professor of Asian American studies, said that the spike in hate against those of Asian descent amid the COVID-19 pandemic is "history repeating itself."

Many politicians, including former President Donald Trump, have repeatedly referred to COVID-19 as the "China virus," further promoting this narrative.

'Go back to China'

According to Stan Thangaraj, an anthropology professor at The City College of New York who studies immigrant America, race and sports, there's a long history anti-Asian racism in the U.S. that's based on "seeing Asian Americans as forever foreigners."

And this is globally rooted in "Orientalism," Jeung said, where anyone with Asian heritage is seen "as foreign and exotic and different."

This is a common thread in some of the reflections of Asian American athletes, as they opened up about how their Americanness continues to be questioned. 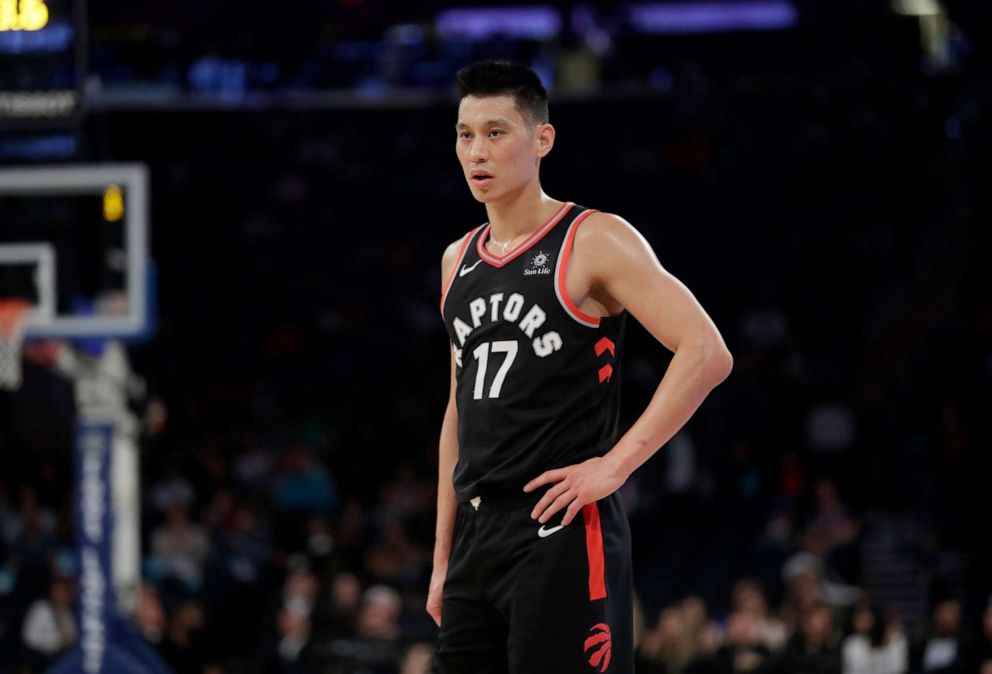 Frank Franklin II/AP, FILE
Toronto Raptors' Jeremy Lin stands on the court during the second half of the team's NBA basketball game against the New York Knicks in New York, March 28, 2019.

"We are tired of Asian American kids growing up and being asked where they're REALLY from, of having our eyes mocked, of being objectified as exotic or being told we're inherently unattractive," Lin wrote in a viral Instagram post. "... We are tired of being invisible, of being mistaken for our colleague or told our struggles aren't as real."

As for Kim, she recounted the public hate leveled against her since she won her first medal at the 2014 X Games in Aspen, Colorado, at age 13. 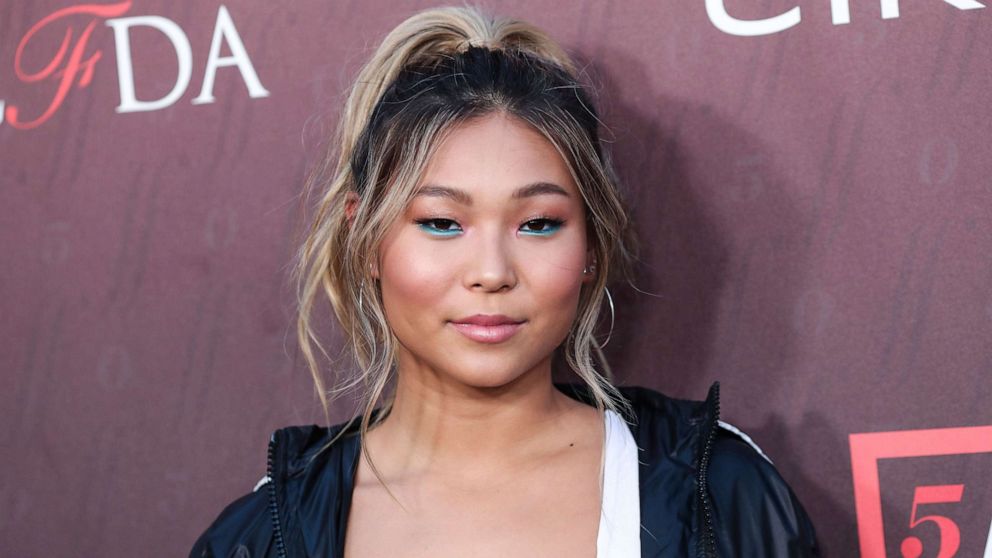 "People belittled my accomplishment because I was Asian," she told ESPN. "There were messages in my DMs telling me to go back to China and to stop taking medals away from the white American girls on the team."

Washington State's Pat Chun, the first Asian American athletic director at a Power Five school, told ABC News that Asian Americans continue to be underrepresented in athletics and "a lot of times you just feel kind of isolated."

Thankful to my friends @Vchun & @AE_Commish for their work and partnership on this initiative.

"College-age kids typically have moved this country because they are the present and future leaders of this country," Chun said, adding that he hopes the alliance will help support and nurture young people in the community.

'Something is changing in this generation'

In the summer of 2020, amid widespread COVID-19 shutdowns, the Black Lives Matter movement took the nation by storm after the police murder of George Floyd, an unarmed Black man. And according to Thangaraj, the power of the movement reinvigorated conversations about race and racism in America and gave Asian Americans a platform to speak out. 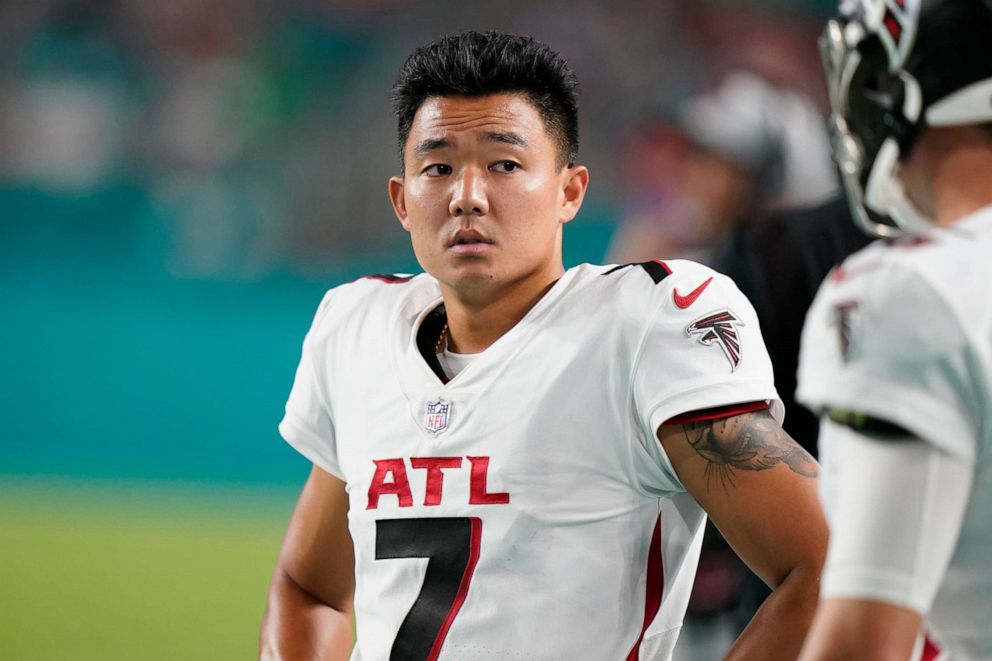 Lynne Sladky/AP, FILE
Atlanta Falcons kicker Younghoe Koo stands on the field during the second half of a preseason NFL football game against the Miami Dolphins, Aug. 21, 2021, in Miami Gardens, Fla.

"We cannot forget that communities of color in the most expansive sense are often in conversation with each other, even though their experiences of racism and marginalization might be different," he said. "There are shared stories of being treated as second-class citizens."

"Black Lives Matter has made it very clear that to speak the political is a necessary incentive in sport. And by making that platform available, you have Asian Americans who have embodied these histories of exclusion -- have felt them -- really have a space," he added.

This energy is reflected in some of the accounts of Asian American athletes who candidly shared their experiences and spoken out in support of the AAPI community.

Meanwhile, Koo shared how he used to ignore instances of anti-Asian racism but wrote on Instagram that he realizes "now more than ever that this is an issue that needs to be addressed and that ignoring it won't help us do that."

An in her essay, Chou reflected on how Black teammates at UCLA have inspired her to speak out against racism.

According to Chun, the support and energy behind the #StopAAPIHate movement within athletics is also coming from allies within the community, pointing to teams like The Golden State Warriors, who hosted a charity auction to benefit Stop AAPI Hate.

"The allies are showing up and saying, 'I don't personally stand for this, and I'm going to help my Asian American brothers and sisters and use my platform to denounce this type of behavior,'" Chun added. "So I think that, to me, it's been a real positive."