Bernice A. King, daughter of Martin Luther King Jr., is speaking out amid the protests rocking the nation following the killing of George Floyd.

King appeared live on "Good Morning America" Tuesday to discuss how young activists are using their voices to stand up for justice.

"I am so proud of them first of all for the tenacity, the resilience and the vigilance that they are exercising and the determination to keep the issue of Black Lives Matter before this nation which has called so many people to lean in, in ways that I've never seen before in generations past," King told Robin Roberts.

"I just think my father and my mother would be extremely proud," King added. "My mother said something so essential. She said, 'Struggle is a never-ending process. Freedom is never really won.' We earn it and win it in every generation and these diverse group of young people are earning and winning this freedom. We may not see the total manifestation yet, but it is on its way because of their determination and vigilance."

ABC News
Bernice A. King appeared on "Good Morning America" June 2, 2020 with Tiffany Dena Loftin, the director of the NAACP Youth and College Division, to talk about how young protesters are using their voices in wake of George Floyd's death.
Editor's Picks
MORE: Protests in some cities turn more peaceful

Floyd, a black man, died on Memorial Day after he was handcuffed and pinned down by former white Minnesota police officer Derek Chauvin. Floyd's death sparked protests across the United States and globe.

Demonstrators are taking action to demand righteousness and a fair trial and conviction for the police officers involved, said Tiffany Dena Loftin, the director of the National Association for the Advancement of Colored People (NAACP) Youth and College Division.

"Their message is clear: 'We want justice,'" Loftin told "GMA."

She continued, "We know the track record of this country has never given us that and so right now the message of new folks, in the word diversity of the protests, is to focus on two things -- making sure that we get justice for the family and that we get really strong reform so that black people in America feel safe."

"Their message is clear: we want justice." @BerniceKing and @Tiffanydloftin, the director of the NAACP Youth and College Division, discuss how young protesters are using their voices amid protests over George Floyd’s death. pic.twitter.com/swEMaXA4LG

The protests have captured images of black and white people coming together in solidarity.

"I think it's is an opportunity for us to recognize that America is changing and it's starting with our young people leading a positive and good example of what it's like to demand justice for not only Black Lives Matter, but for everyone," Loftin said.

King said she hopes the country will focus its attention on "deconstructing and reconstructing policing" by addressing legal reforms. 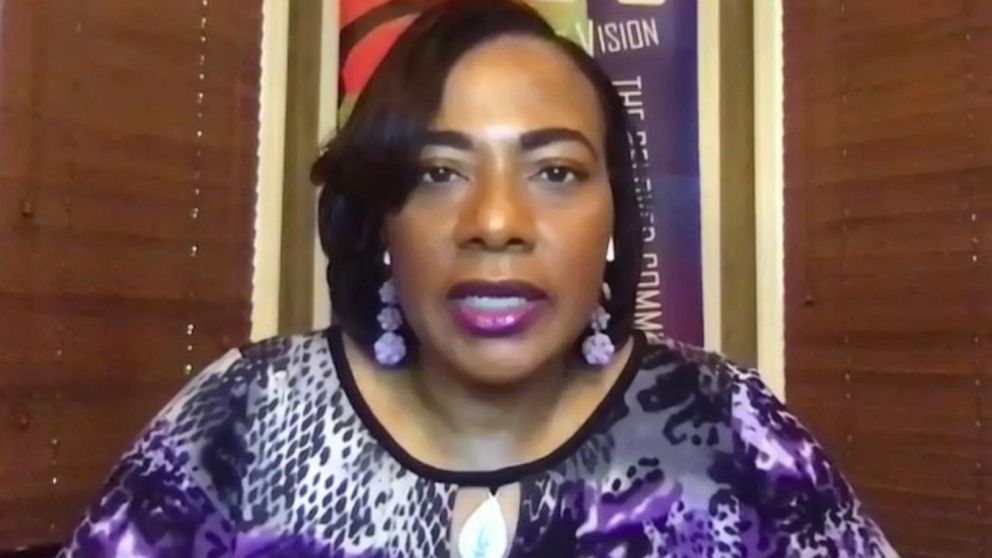 ABC News
Bernice A. King appeared on "Good Morning America" June 2, 2020 talk about how young protesters are using their voices in wake of George Floyd's death.

"This time it must change because if it does not change, then I shudder to think what is going to happen in this country," she added.

Loftin's message to young protesters is to "stay strong and resilient."

"Our ancestors taught us what it is to not only be leaders in this moment, but to also fight what we believe," she said.

Loftin went on, "There's multiple solutions to the problem and our young folks are going to make sure America gets it right this time."