When Billie Jean King stepped onto the tennis court at the Houston Racquet Club with eight other women tennis professionals to sign contracts for $1, the moment was bigger than equal rights in tennis, it was an ace for female leadership for years to come.

"When a woman does something, [people] always think, 'oh, thank you for what you did for women.' They never say that to a male," King explained harkening back to her fight for gender equality in tennis. "So I hope people will start thinking of women as leaders for everyone, not just for women."

"Muhammad Ali and I used to talk about this a lot. That everyone is an influencer," she said. "You never know where it may come from and how you may influence yourself as well as others." 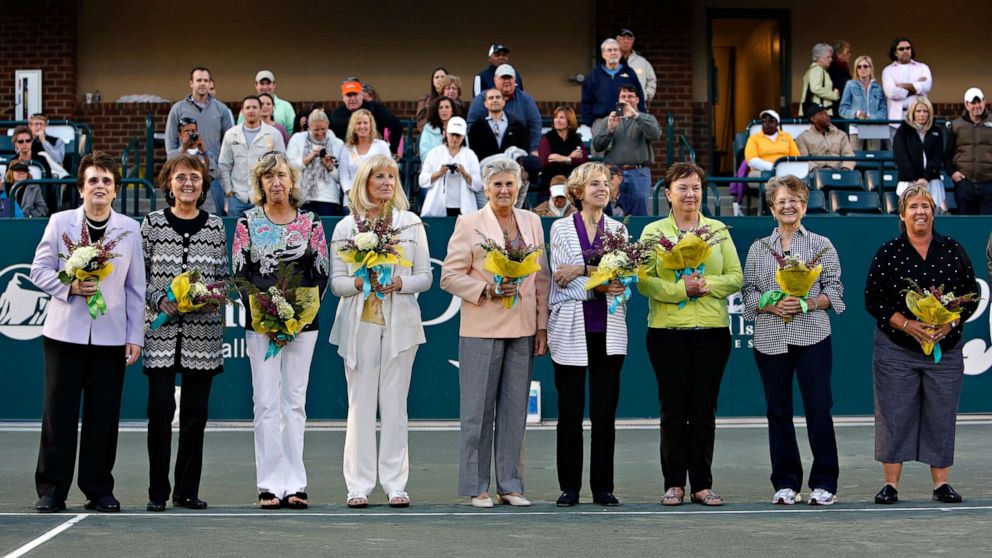 In her new Audible audio documentary, King reflects back on the groundbreaking show of leadership from the '70s. 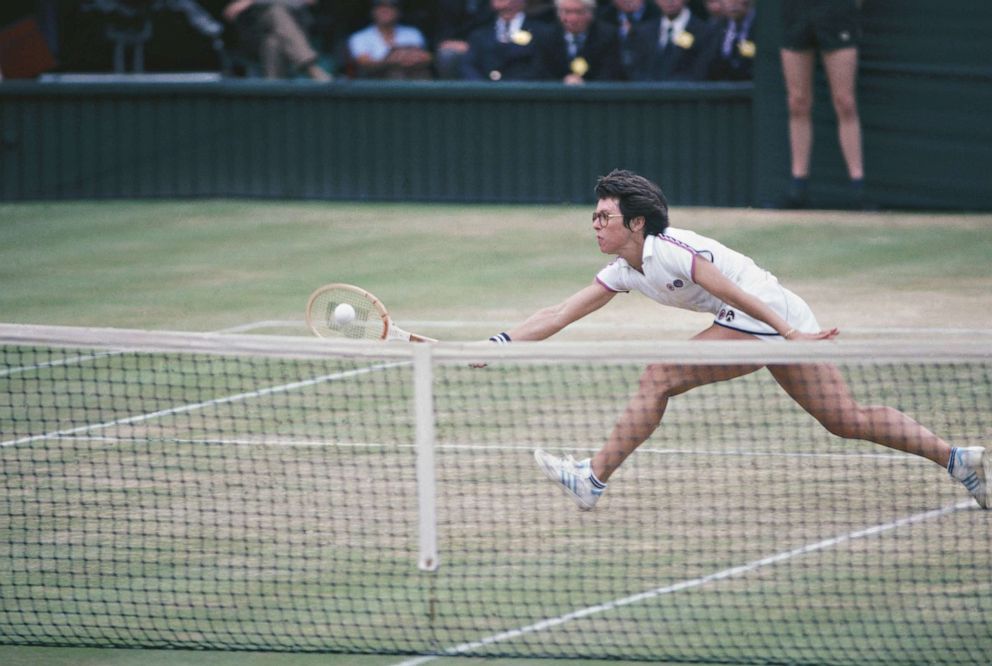 Focus on Sport via Getty Images
Billy Jean King stretches to hit the ball during the Virginia Slims Championship series circa 1972. King founded the series in 1971.

The group known as the "original nine," share a piece of history in their famed black-and-white photograph raising a single dollar over their heads, which King said holds great importance because every single player was in allignment.

"We fought for equality," she said. "Women's tennis is the leader in women's sports on and off the court. And players today have to realize it came from that moment when we were willing to give up our careers."

"We knew it was worth going for it, but didn't know it would happen. It was a scary, scary time for us but what's wonderful is we're celebrating this year," she added.

The group planned to celebrate the 50th anniversary of the iconic moment this year, but couldn't due to the COVID-19 pandemic. King said they will make up for lost time when it's safe to reconvene: "Hopefully we'll get together next year at Wimbledon." 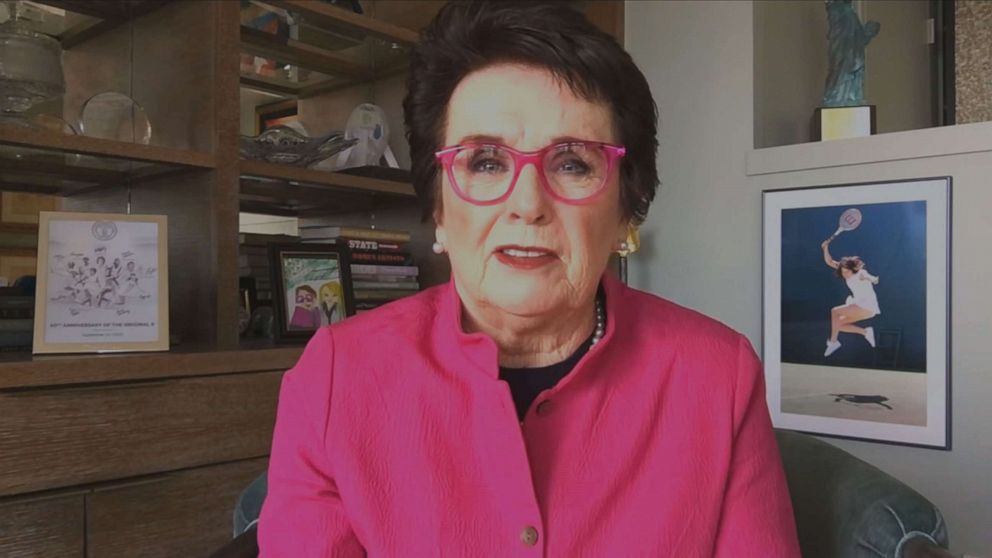 "I just want people to understand how and why this has been possible for all these young tennis players to make a great living," she said, adding examples like Venus and Serena Williams, Coco Gauff and Naomi Osaka.

"The great thing they've used tennis as a platform -- for equality for everyone and we continue to fight that," the 39-time Grand Slam winner said. "Every generation tries to make it better for the next -- but what people don't understand with women is that we lead for everyone."