On Sept. 6, 2018, Botham Jean, an accountant, was in his apartment eating ice cream when a white Dallas police officer, Amber Guyger, entered through his unlocked door and fatally shot him, claiming she thought he was a burglar in her apartment. In October 2019, Guyger was found guilty of murder by a Texas jury and sentenced to 10 years in prison.

Jean’s mother, Allison, was one of seven mothers who sat down with ABC News' Deborah Roberts for "Good Morning America" to share the stories of the children they lost and their journeys as Black mothers in America.

In her own words, Jean reflects on the life and legacy of her middle child, and shares her opinions on his tragic death and heartbreaking loss.

You may not understand the pain that a mother endures when she loses a child, particularly a child who was unarmed and innocent yet was murdered by police. For me, it felt like I went into labor all over again. There is an emptiness in your stomach where you secured that child for nine months. I don’t know whether that void will ever be replaced and if that pain will ever go away. 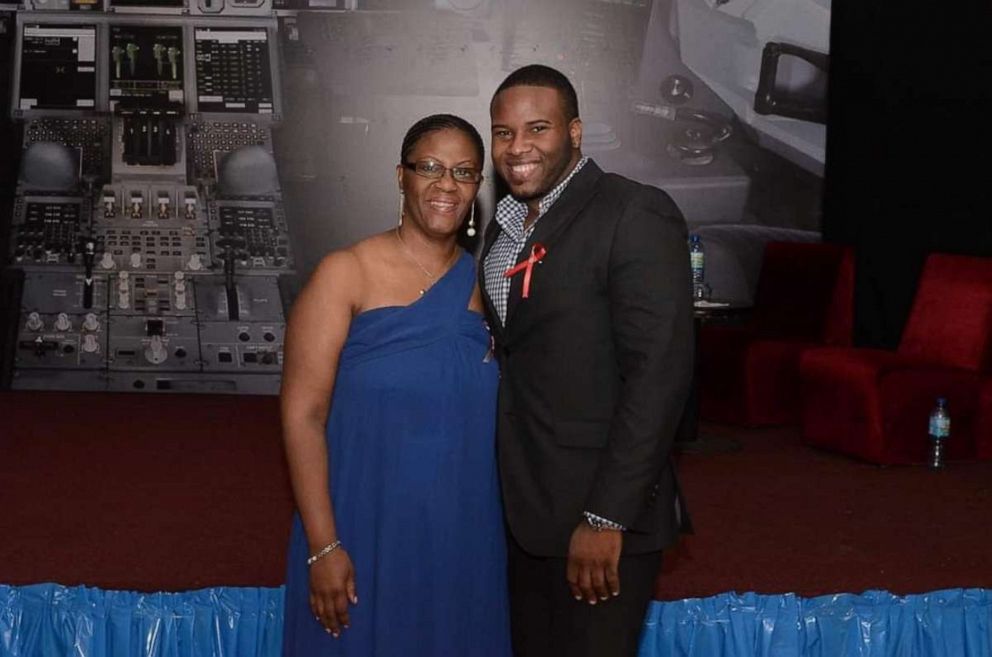 After 21 months, the pain is worse than before.

Very early in life, from the time he was a year old, Botham just gravitated to everyone. On Saturdays, my mom and his uncle would take him to games, to the supermarket, to the farm -- all over. He grew up among the extended family. He was just loved by everyone and he just loved everyone.

He was very active and into adventurous things. We took him to the farm one day, and when his uncle was ready to leave, we couldn't find him. We looked everywhere for him and then found him on the top of the tree. He was just about 3 or 4 years old at that time. He was very adventurous and fun-loving.

My daughter and my youngest son are 20 years apart. Botham, my middle child, brought them together. He was like a glue, like a gel, in my family. And he was always active at church. He learned from a tender age, but he grew up with it and we didn't force him to do it when he got older. He just continued what we started. 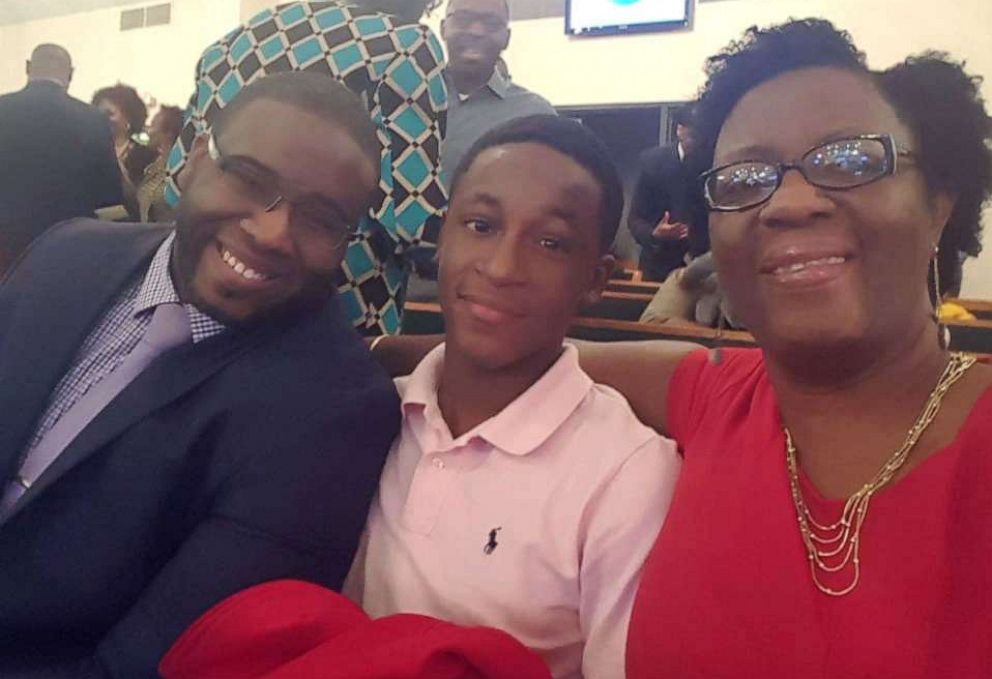 I tried to dissuade him from going to university in the United States. I felt that a degree is a degree, regardless of where you get it as long as it's an accredited institution, and I tried to persuade him to go to the University of the West Indies in Trinidad. He told me he applied to the university, but it turned out that he never did because he was just attracted to Harding University in Arkansas. So he applied to only one university and got accepted and went to America. 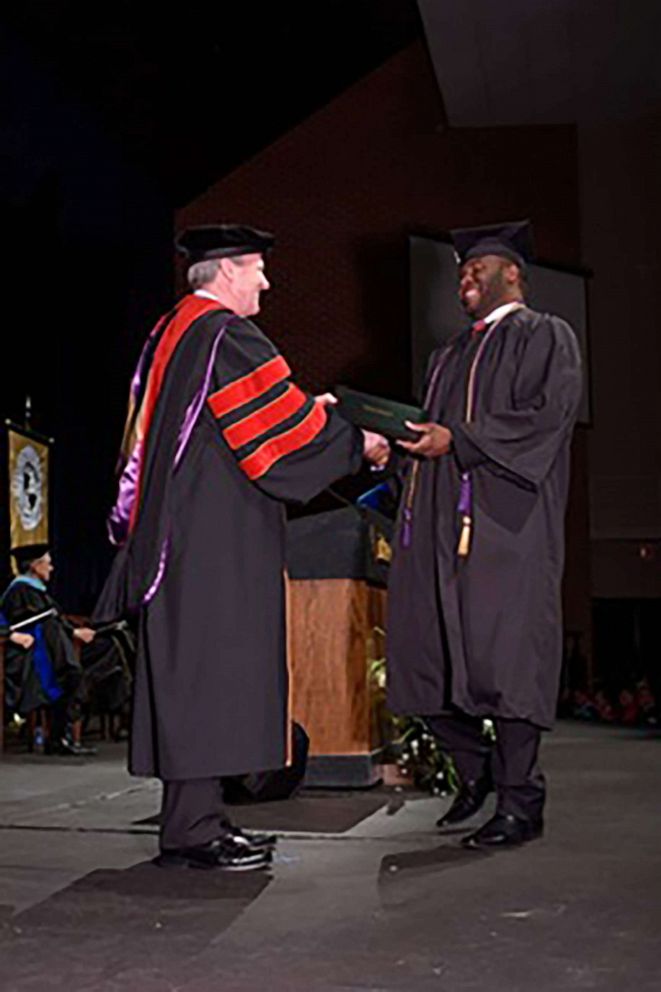 America is regarded as the land of opportunity by people of the Caribbean and the wider world. It is blessed with universities, economic wealth, sporting and social institutions that are revered by many countries that are not as blessed. Caribbean people have seized great opportunities in the United States of America, and some have broken glass ceilings in medicine, law, business, academia, sports and so much more. However, our children of the Caribbean are afraid to enter the States and feel imprisoned because of the color of their skin. The many young men and women who have been killed by the hands of police or white-privileged people show clearly that Black lives do not matter in the country.

It is a shame that America has such a reputation of disregard for Black lives, repeatedly stealing our children and leaving us barren.

Being a Black mother from the Caribbean, I shudder every time I think of telling a young child to seek college opportunities in the United States knowing what my son suffered at the hands of police officer Amber Guyger. Guyger’s hasty, wicked action took the life of my son who was in the sanctuary of his living room looking forward to the first game of the NFL season. Imagine that mothers fear for their children who are “walking while Black,” “running while Black,” “driving while Black,” but never would I imagine that my son would be victim of police brutality and racism while he was sitting in his own apartment and eating ice cream while Black. 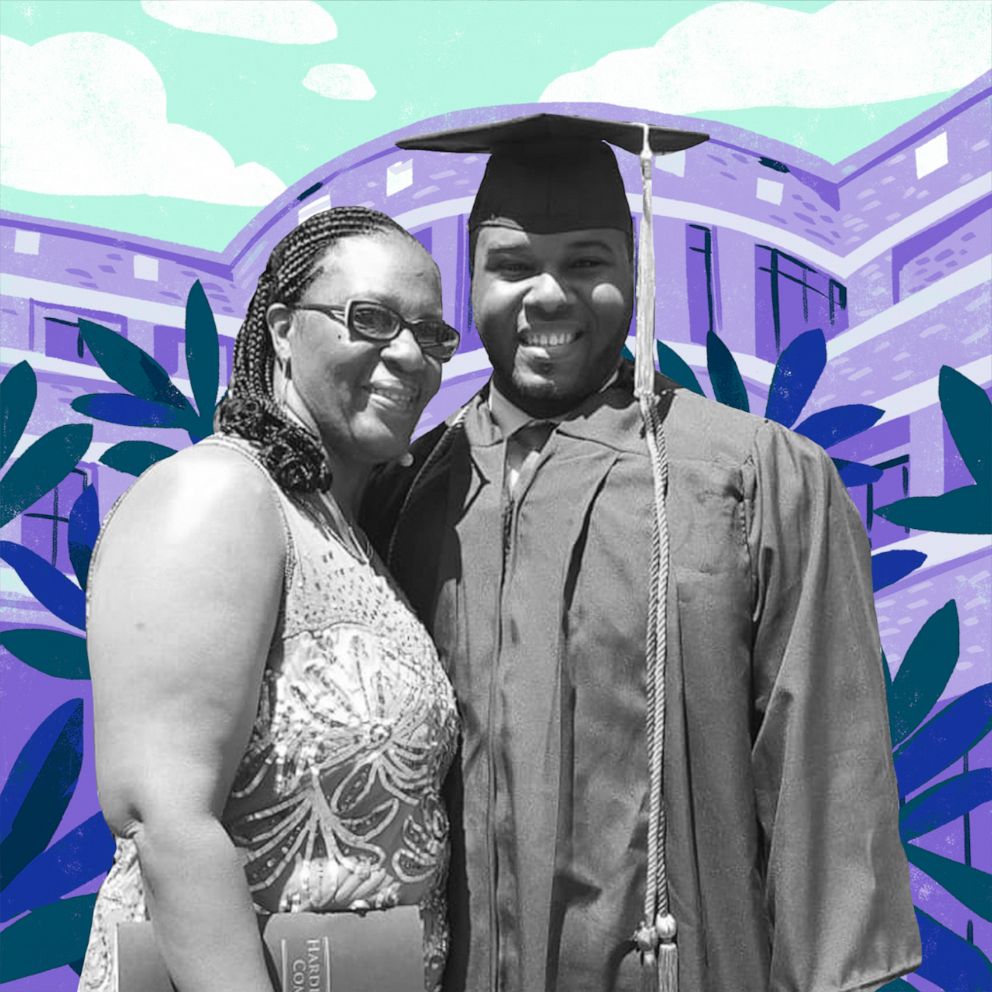 Illustration by QU Lan/Photo Courtesy Allison Jean
Botham Jean, who was fatally shot in his apartment by a police officer on Sept. 6, 2018, is pictured here with his mother, Allison Jean.

It is a shame that America has such a reputation of disregard for Black lives, repeatedly stealing our children and leaving us barren.

***
Botham was a self-driven, focused and goal-oriented child. Botham knew what he wanted in life and went after it. He was quite aware of the aggression and hostility shown to Blacks, therefore he avoided anything that would cause him to come into contact with law enforcement officers. He stood for racial equality, unity and positive social change. The color of someone’s skin was not a deterrent to him, for he had friends of all races. He reached out to the poor and marginalized. He wanted to be the voice for the voiceless. He simply wanted to make the world a better place.

My strength comes from my son and the Lord. 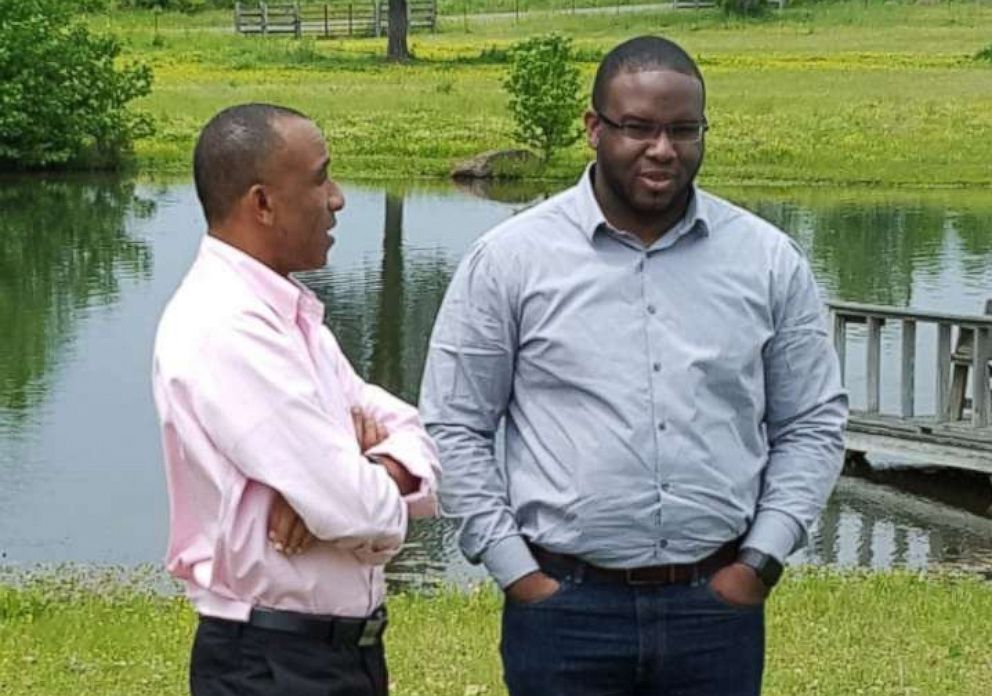 Courtesy Allison Jean
Botham Jean, right, was described by his mother Allison Jean as being “like a glue, like a gel” in their family.

I miss our frequent conversations. I miss hearing his voice and these discussions. Every topical issue that comes up, I say, “Wow, I wish I could speak to him about it,” because he always was very opinionated, he was very analytical, he was very objective. He was deep.

I would have so many things to say to him. I think I have a year and a half of things I want to ask him: What he thinks about George Floyd; Brett Kavanaugh; COVID-19. When LeBron [James] moved to the L.A. Lakers, I would joke with him when he was in the playoffs and when the team was down. I missed the basketball season. I cannot watch basketball anymore.

Two years and there have been so many after Botham that during George Floyd protests, when I heard them calling a number of names, often, Botham’s was missing. 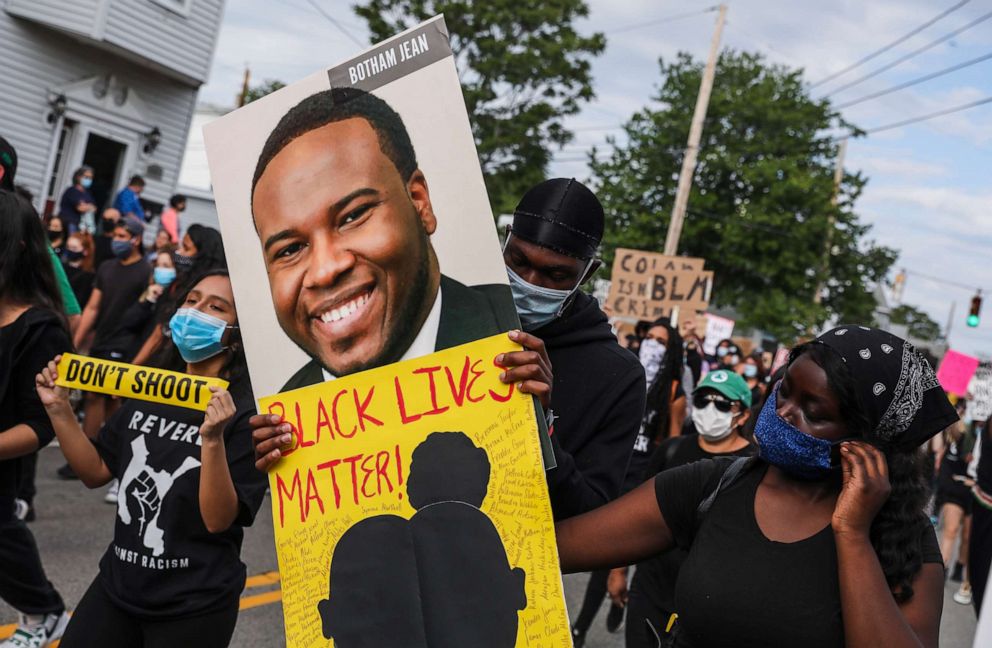 Erin Clark/The Boston Globe via Getty Images
A demonstrator holds a sign for Botham Jean while marching during a demonstration, June 9, 2020, in Revere, Mass., for George Floyd and other Black Americans killed at the hands of law enforcement.

Every time I hear of a new family losing a son or daughter, Sept. 6, 2018, comes back all over again. It brings me back to my daughter walking into that room.. I just have to keep reliving that over and over, a day that I would really want to forget. But every single victim … it is just terrible. I cannot even explain it and the pain never goes away. Some days are good, but some days are really horrible.

There's never a moment I felt that I could not continue. I just have that strength even though I am physically and mentally tired. When it comes to Botham, I have the strength to fight, keeping his name alive, keeping his story alive, because I know that it needs to stop and trying to ensure that another family is not impacted in that way. 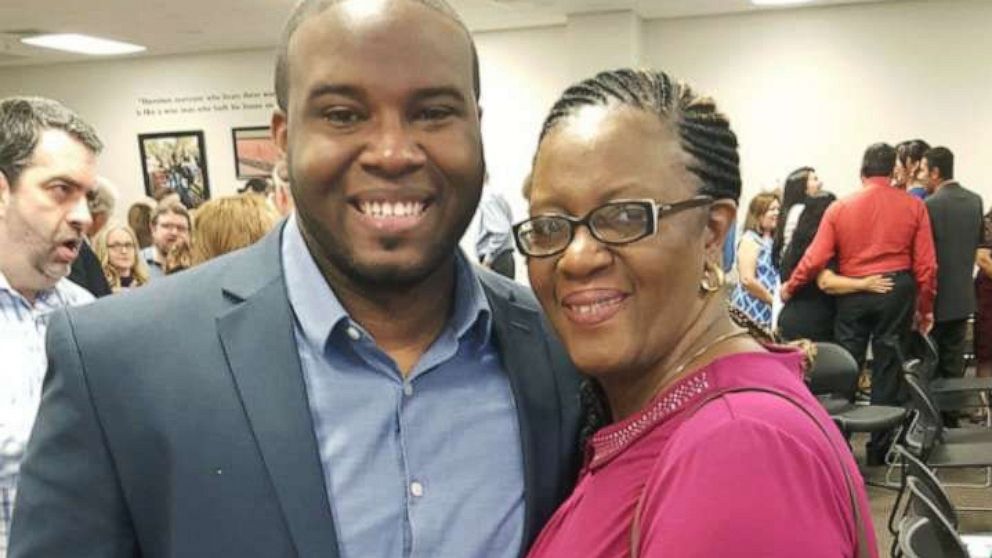 I have the strength to fight, keeping his name alive, keeping his story alive, because I know that it needs to stop and trying to ensure that another family is not impacted in that way.

I have the strength.

My question is, should we put our heads in the sand and give into perpetual battering or should we stand up and let you know that enough is enough? I choose the latter because I will no longer accept police actions as the norm and do nothing about it. I will stand up and I will speak out and I will engage in actions that will bring about changes in laws and policies at a state and federal level to safeguard the lives of my children, grandchildren, nieces and nephews. 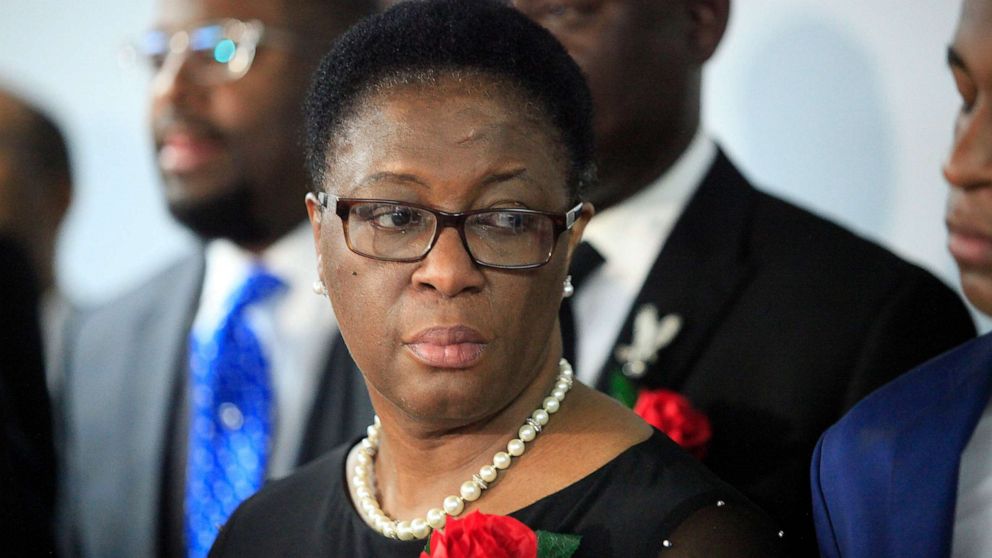 There must be changes to laws in every state and at the federal level. There must be greater awareness of the value of Black lives. There must be increased sensitivity to the lives of our children. There must be greater accountability of those who swore to protect and serve. City councils must take responsibility for the departments under their control and ensure that the right people are hired and provided with proper training to avert such heinous senseless acts on our Black children. 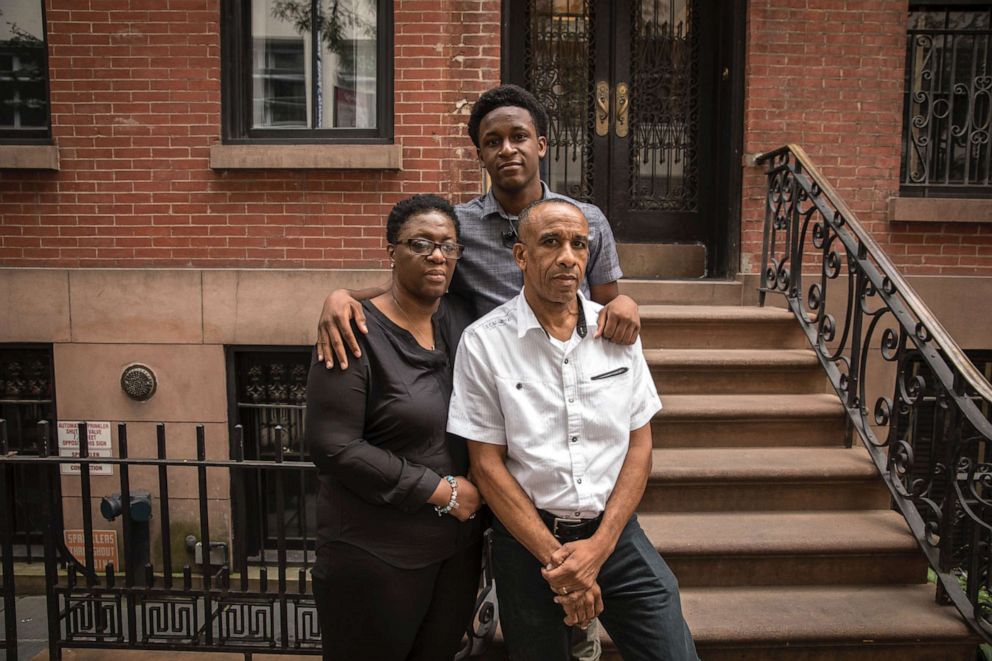 I trust and pray that America will see the errors of its ways and make positive change to make America a place where Black, White, Brown and blue can live peacefully together.

The views and opinions expressed in this article belong solely to the author and do not necessarily represent the views of ABC News.