John Marvin Murdaugh and Randolph "Randy" Murdaugh IV said they "knew something was wrong" when their other brother called them both late in the night on June 7.

"He said, 'Come as fast as you can. Paul and Maggie have been hurt,'" John told ABC News in an exclusive interview airing Thursday on "Good Morning America."

"I missed some phone calls from him. I was outside with the dogs," Randy recalled. "When I came in, he was calling my wife's phone. And it was the worst phone call because of his voice, the fear. He was just distraught. I didn't know if something was still happening. He was only able to tell me it was very, very bad. He said he thought they were dead."

Their brother, Richard Alexander "Alex" Murdaugh, had called 911 just after 10 p.m. ET to report that he had returned to his family's estate in Islandton, a rural community in South Carolina's Colleton County, to find the bullet-ridden bodies of his 52-year-old wife, Margaret "Maggie" Branstetter Murdaugh, and his 22-year-old son, Paul Terry Murdaugh. Both victims were located outside of the residence on the sprawling property and had "sustained multiple gunshot wounds," according to a press release from the South Carolina Law Enforcement Division, which is investigating the double murder along with the Colleton County Sheriff's Office.

The Murdaughs are a prominent legal family in the Palmetto State, with three generations serving as the elected solicitor in the 14th Judicial Circuit for 87 consecutive years.

Andrew J. Whitaker/The Post And Courier via AP
A vehicle sits in the driveway of a home, June 8, 2021, in rural Colleton County, near Islandton, S.C.

Randy, who lives in the nearby town of Hampton, said he arrived at Alex's property about 15 minutes after the telephone call. It was a rainy night and first responders were already on site, and Randy recalled seeing the covered bodies of Maggie and Paul near the dog kennels, about a quarter of a mile from the main house.

"I could see the white sheets across the way," he said. "I still couldn't believe it could be them or that it could be true."

Alex was standing at a distance from the crime scene, looking on "in disbelief, crying and sobbing, and unable to talk," Randy said.

"He would try to talk and then he would break down," Randy added. "It was very difficult."

John, who lives further away in the community of Okatie, west of Hilton Head Island, said he got there about 30 minutes later. John and Randy stayed there for hours, comforting their brother, until they finally convinced him to leave.

"He didn't want to leave them out there," John told ABC News, in between tears.

Alex tried to to call his other son, Buster, who lives a couple hours away in the city of Rock Hill, to tell him the news but "broke down and couldn't," according to Randy.

"So I got on the phone with him," Randy said. "I know he's struggling with it, and I just can't imagine what's going through his mind. His mom and his brother were just killed."

MORE: Arrest made in city's oldest cold case murder thanks to genetic genealogy

Randy and John said they don't know who could have committed the gruesome crime.

"It's just hard to imagine somebody can be so sick as to do this, intentionally kill people like that," Randy tearfully told ABC News. "I mean, we see it in the world. We see it on the news. But you don't think it's going to happen in your small community, to your family."

They don't believe Alex is involved in the murders.

"My brother loved Maggie and loved Paul like nothing else on this earth, just like he loves Buster," Randy said. "So there's no possible way he could have anything to do with this, I can assure you."

"I can tell you he was willing and still is willing to do anything that's asked of him," John added. "He wants this solved."

Just days later, the family patriarch, Randolph Murdaugh III, died in a hospital at the age of 81. From 1987 to 2005, Randolph held the job as prosecutor for Allendale, Beaufort, Colleton, Hampton and Jasper counties, like his father and grandfather did before him. In 2006, he rejoined the Hampton-based law firm that his father had started more than 100 years ago. Both Randy and Alex are lawyers at the firm, while Alex also works as a part time prosecutor for the 14th Judicial Circuit.

"We are part of the community. We're no different than anybody else," Randy told ABC News. "We've just been here as attorneys for a long time in our family."

Randy and John said their father, whom they described as "a wonderful person," had been "sick" for a while and that they would have liked his death to be more a celebration of life, but their tight-knit family was reeling from the unsolved murders.

"While we were happy he was no longer suffering, my brother's still suffering and we're suffering. The whole family is suffering," John told ABC News. "And so we said our goodbyes and tried to be in a celebratory way to my dad, but we're all hurting because of Maggie and Paul." 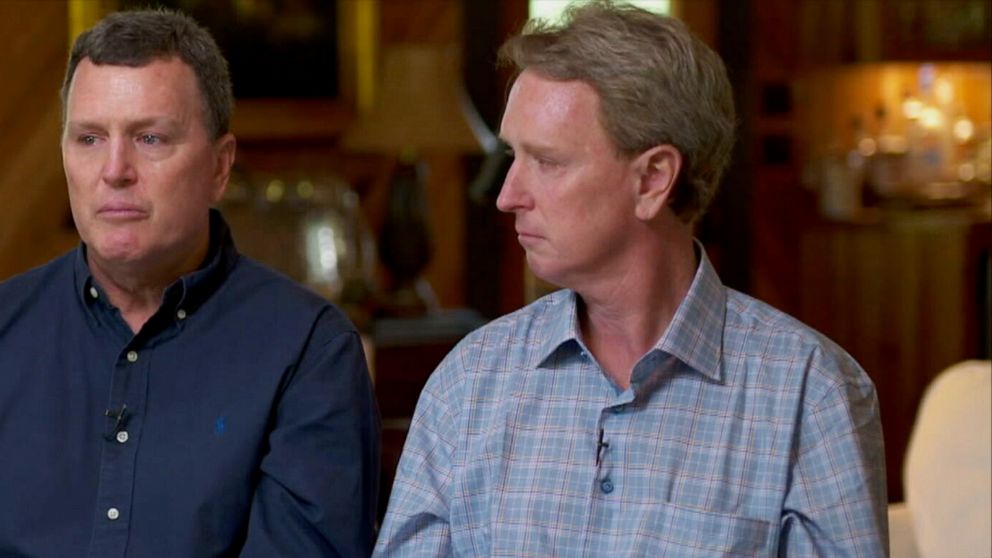 Paul, a student at the University of South Carolina, was awaiting trial on a charge of boating under the influence causing death in a 2019 crash that killed 19-year-old Mallory Beach, whose body was found a week later. The boating accident led some to question whether Paul's family's legal ties affected the probe.

Randy and John said they have contacts in the investigating agencies but that they have not reached out to them or tried to influence the investigation in any way, nor has anyone in their family.

"I see words like 'dynasty' used, and 'power,'" Randy said. "But we're just regular people that are working hard and trying to do right. And I think when you do those things, people respect you. We had great opportunities."

Since the wreck, Paul had been receiving online threats from strangers that were "bothersome" but weren't believed to be "credible," according to Randy and John.

"I don't know of anybody that would truly be an enemy or truly want to hurt them," Randy noted.

Randy and John described their late nephew as a "carefree spirit" who loved being outdoors. They said Paul was also a "people person" who was "very caring" and "would help anyone." His mother Maggie, they said, was a "classy person" with a "very dynamic personality" and was the "rock of their family." The two brothers recalled how "smitten" Alex was from the moment he met Maggie and how "he truly doted on her."

The family is pleading for the public's help in bringing justice to Maggie and Paul.

"We need help finding who did this," Randy told ABC News. "The person that did this is out there."

The South Carolina Law Enforcement Division said it continues to pursue all leads in the ongoing investigation and that anyone with information should call 803-896-2605, a 24-hour dedicated tip line for the case.