A woman returned a class ring to a family 52 years after it was lost and around 30 years after she found it in a Missouri lake.

Amanda Lager, 39, dug up the ring during a fishing trip with her father at Lake Annette in Cass County, Missouri, in about 1988, when she was about 9 years old, she told Kansas City ABC station KMBC.

"I was bored, digging around in the dirt and I happened to look down and see a shiny little circle in the mud," she said. 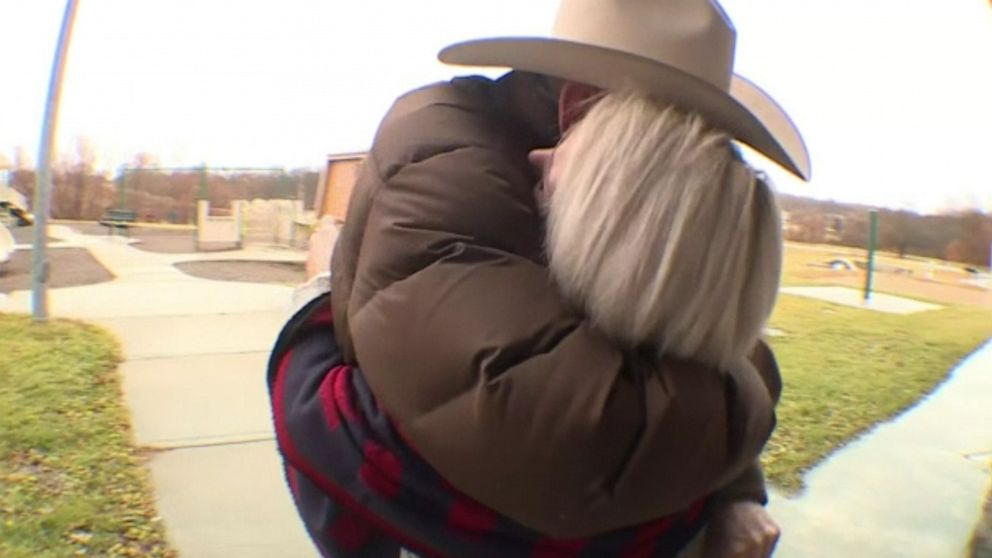 KMBC
Amanda Lager hugs Bill Huffman on the day she returned his late brother's class ring to him.

Upon cleaning it, Lager and her father noticed it was from nearby Belton High School for the class of 1967 and had the initials "B.H." inscribed on it. However, the pair wasn't sure how to find the owner at the time, so they put it away and forgot about it until Lager came across it again while helping her parents move.

On Nov. 24, Lager posted a photo of the ring to Facebook, saying she would "love" to give it to the owner or the owner's family by Christmas.

Within an hour, Lager found out the ring belonged to Bill Huffman, who lost it two months after he got it in 1967 while saving a friend who was drowning in the lake.

"His buddy was almost going under from hypothermia and he was helping him get to the bank and the water was so cold that he lost his ring," Bill Huffman's younger brother, Jim Huffman, told KMBC.

Bill Huffman died at the age of 40 in a single-engine plane crash in Raymore, Missouri, in 1988 -- around the same time Lager found the ring, she wrote on Facebook. So, she returned the ring to his brother instead.

KMBC caught the moment Lager and Jim Huffman met for the first time and she presented him with the long-lost ring.

"Man, that's unbelievable," Jim Huffman said, describing his brother as having a "love of adventure" and someone who "lived each day to the fullest."

"I don’t think I’ve ever known anybody that did that," he said.

Both Lager and Jim Huffman believe the timing in which she found the ring and reunited it with Bill Huffman's family was an act of fate.

"Maybe I was meant to find it that day and hold onto it all this time and find the owner and bring it to them in the perfect moment," Lager said.