As younger generations take a stand against global warming, fast fashion brands like Zara and H&M are changing some of their practices. But for some, it's a little too late.

In July, Zara pledged to use 100% sustainable fabrics by 2025. This month, H&M released plans to become climate positive by 2040, meaning it wants to do more than achieve zero carbon emissions.

But Forever 21, a similar clothing chain known for affordable, trendy apparel for teens, filed for bankruptcy in September.

Factors such as online competition and brand dilution likely contributed to the upcoming closure of 178 U.S. Forever 21 stores, but the company's manufacturing process could be another reason the American retailer was struggling.

Fast fashion, the practice of manufacturing trendy, non-sustainable clothing in mass quantities to be sold at cheap prices, has become a worrisome practice to people who are concerned about climate change. 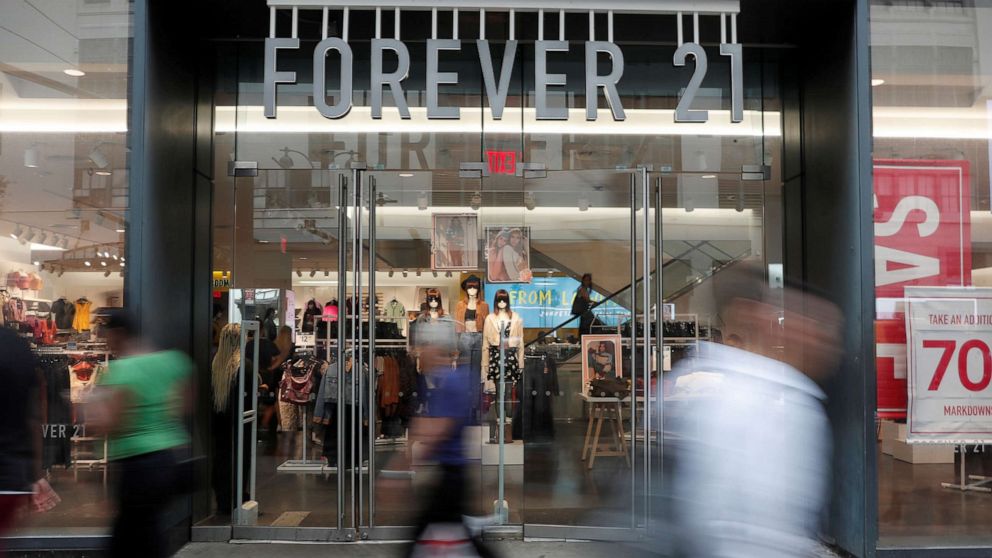 Although fast fashion makes clothing cheaper for the consumer, experts say its effect on the earth comes at a much bigger price. According to the UN environment program, 8% to 10% of the world’s global greenhouse emissions are produced by the fashion industry.

(MORE: How Sustainable Brands Are Turning Their Backs on Fast Fashion Trend)

Timo Rissanen, an associate professor of fashion design and sustainability at New York's Parsons School of Design, told ABC News that Forever 21 fell behind the curve on sustainability.

“I tried to look on what Forever 21 was doing three years ago, and they had very little happening," said Rissanen. “They did hold some panels in California, and that’s good, but it doesn’t actually deal with the real issues, like the emissions from chemicals.”

Rissanen, who is originally from Finland, explained that he felt Forever 21’s bankruptcy was the result of two things: a shift to online shopping and an ethical awakening.

“It doesn’t seem to me that [sustainability] was ever a priority for them,” said Rissanen.

Forever 21 responded to the criticism in a statement to ABC News.

“We strive to have a positive impact not only within our stores and corporate family, but also upon hundreds of vendor manufacturing facilities throughout the world which make our products, as well as on their employees,” the company said, adding that it has launched sustainable product lines, made recycling a priority in its stores and warehouses and has employed energy efficient lighting, solar panels and efficient transportation to reduce carbon emissions.

Rissanen said his fashion students care more about the environmental impacts of their designs than ever before. Parsons also requires students to take a class on sustainable systems.

To Rissanen, the heightened awareness is partially due to youth climate activists like 16-year-old Greta Thunberg.

“It’s one of the most inspiring things I’ve seen in my career. I know a lot of men my age are annoyed by her,” he said with a laugh. “But I think she’s brilliant. She has a clear message.”

Other climate activists are following Thunberg’s lead by protesting what they call harmful fashion industry practices, including the use of unsustainable materials or fabrics, toxic dyes to treat fabrics and plastics to package goods — all of which contribute to carbon emissions. 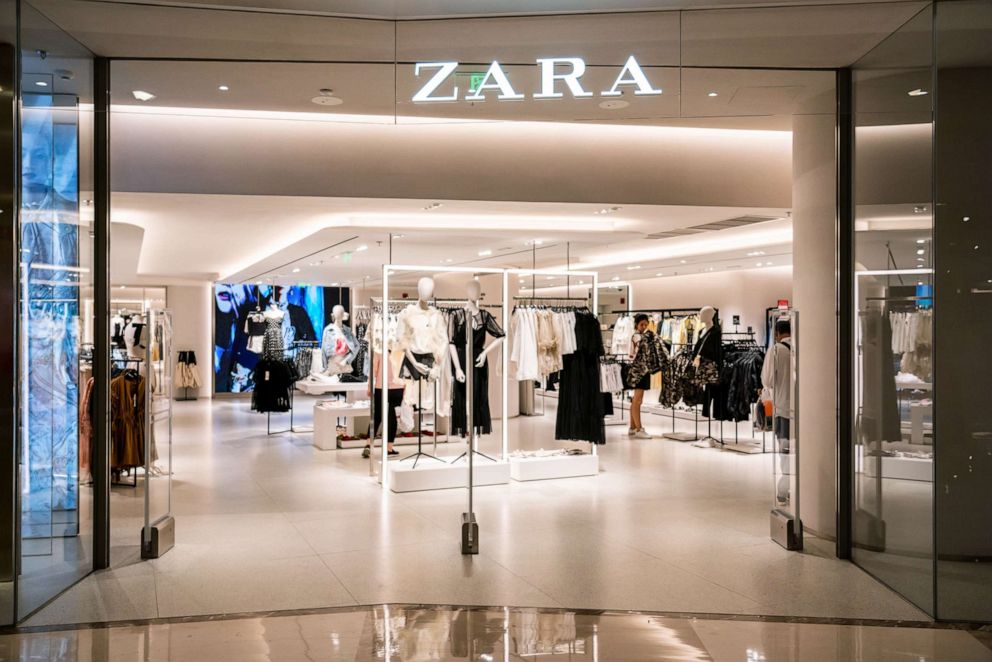 Kate Glavan, a climate activist and 20-year-old student at New York University, gathered with a group of friends to take part in the Global Climate Strike, a protest led by Thunberg, which took place in 150 countries across the world.

She told ABC News that millennials and Generation Z care a lot about a brand’s ethics.

To Glavan, Forever 21's bankruptcy is not just an example of a business falling behind in revenue. “It’s a pushback,” Glavan said.

“I think [they] are standing up to something – something that aligns with their values – and that’s against fast fashion," she said.

While brands like Zara and H&M have made plans to change their carbon footprint, Ana Andjelic, a New York-based strategy executive, told ABC News that the problem is much deeper, starting with their business models.

“It’s difficult for them because, yes, they can start using less materials, they can have cleaner supply chains and establish more efficient distribution models, but the problem is over production,” said Andjelic, who has worked with brands like Rebecca Minkoff, Topshop and Aldo.

“They create unbelievable amounts of unbelievably cheap things that are disposable,” she said. “So I don’t know how they are going to change their business model.”

H&M told ABC News that 57% of materials in its products are recycled or sustainably sourced. H&M said it wants to increase that number to 100% by 2020 and “to become climate positive by 2040 through energy efficiency, investments in renewable energy and climate resilience.” 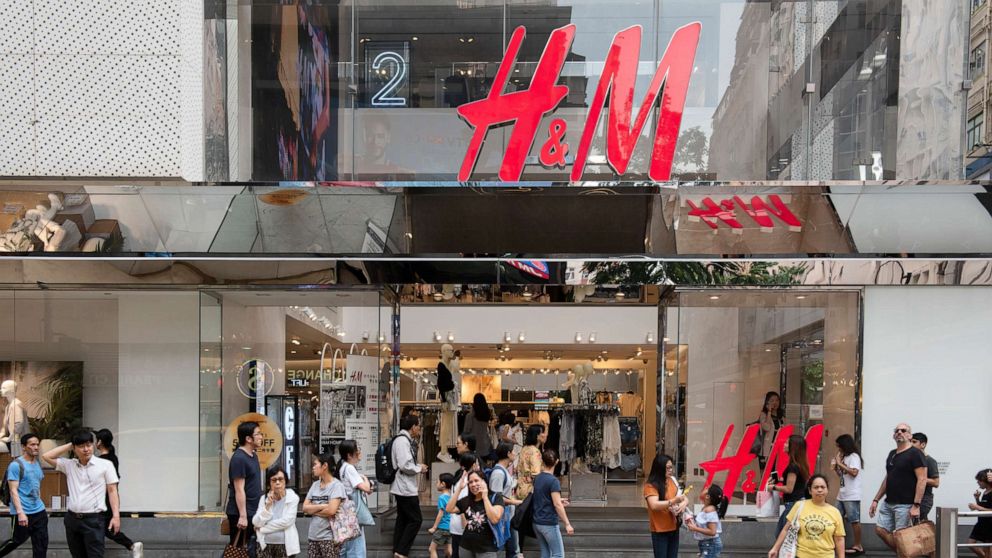 Zara defended its practices, telling ABC News, "The idea is to understand what your customer wants and to fit to this demand with a very integrated and efficient supply chain -design, procurement and manufacturing, logistics and stores. Our design team takes care of every detail (fabrics, patterns) in short production runs, we make our own patterns and most of our sourcing is in proximity areas, keeping low levels of inventory. All of this is what allow us to meet customers’ needs in a responsible and sustainable manner.”

Barbara Kahn, a professor of marketing at the University of Pennsylvania’s Wharton School of Business, explained that Forever 21’s bankruptcy was an example of how big brands have to pay attention to emerging trends like sustainability.

“Once a trend like this takes hold, the legacy brands better be paying attention,” she said.