Mississippi, Louisiana, Alabama and Texas -- along with Arkansas, Missouri, Oklahoma and South Dakota -- all now have near-total bans on abortion in effect. The clinics that had been working there spent years navigating previous restrictions and fighting off state laws.

Now, said Amy Hagstrom Miller, founder and CEO of Whole Woman's Health, which has facilities in Texas, staff are grappling with the idea that "there is no narrative that's going to allow us to reopen. There is no lawsuit we get to try to win this time or some kind of fight that we can fight this time that will allow us to resume the care that we know our communities need."

Instead, clinic leaders in these states are fully changing plans as they have stopped providing abortions. For some, this means staying open but altering the care provided. For others, this means packing up and leaving for good, with the intention of serving patients in the South by reopening in nearby states where abortion is still legal.

For all, there is worry for the patients who will not be able to access care they seek.

"I am very concerned about what the hospitals are going to see, when the hospital emergency rooms begin to receive women who have been desperate and take desperate measures," Kathaleen Pittman, administrator for the New Hope Medical for Women in Louisiana, told ABC News. 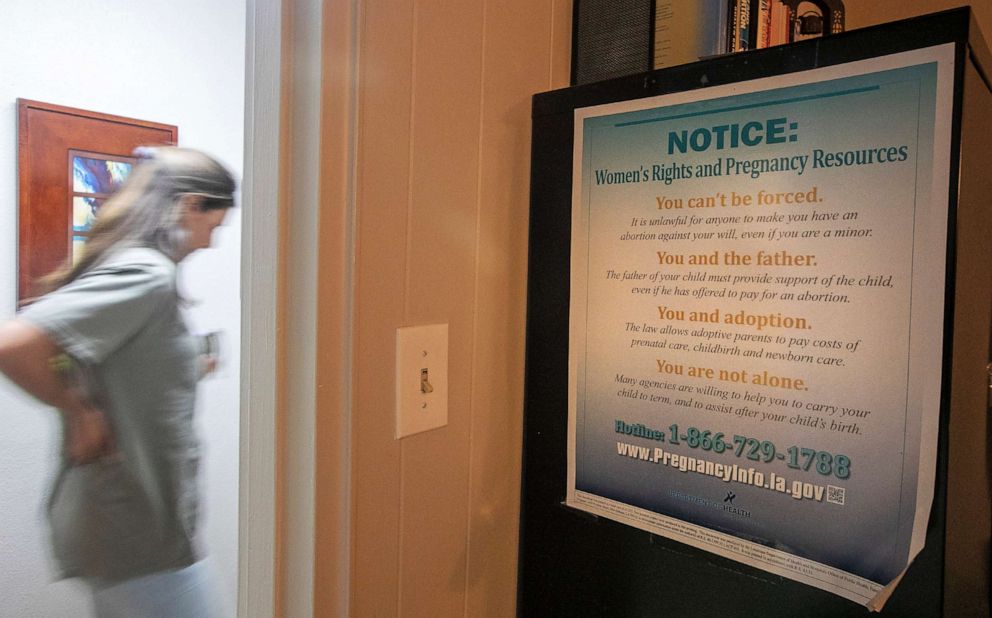 The West Alabama Women's Center in Tuscaloosa halted abortion operations as soon as the Supreme Court decision was announced on June 24. The state swiftly moved to ban an abortion, with a law that makes it a Class A felony to perform an abortion, except to prevent a serious health risk to the pregnant person.

The center closed down on June 29. But at 8 a.m. on July 11, the center will be reopening, according to operations director Robin Marty, who called the two-week closure a "clean break" between the past and present.

Due to legal concerns, the clinic will no longer provide abortions but will continue to offer access to contraceptives and HIV testing, among other sexual health services, Marty said.

The clinic will also no longer provide information or resources to assist pregnant people traveling to obtain an abortion elsewhere. This, Marty said, is because Alabama officials, including the state's attorney general, have said they will consider expanding the criminality of abortion to those who help -- logistically or financially -- someone obtain an abortion outside of the state.

Despite these changes, Marty said, the clinic will assist those experiencing bleeding or possible miscarriages, no questions asked.

The Hope Medical Group for Women in Shreveport, Louisiana, too will stay open, Pittman said -- for options counseling and to provide ultrasounds.

"We're going to continue to keep our doors open. We'll do everything we can within the law to help the women and just hope," she said.

The Louisiana Supreme Court allowed a ban on nearly all abortion to go into effect Friday after a series of court challenges by local abortion providers was moved to another jurisdiction. There is ongoing legal action on this front.

New Mexico becomes an outlet for the corridor 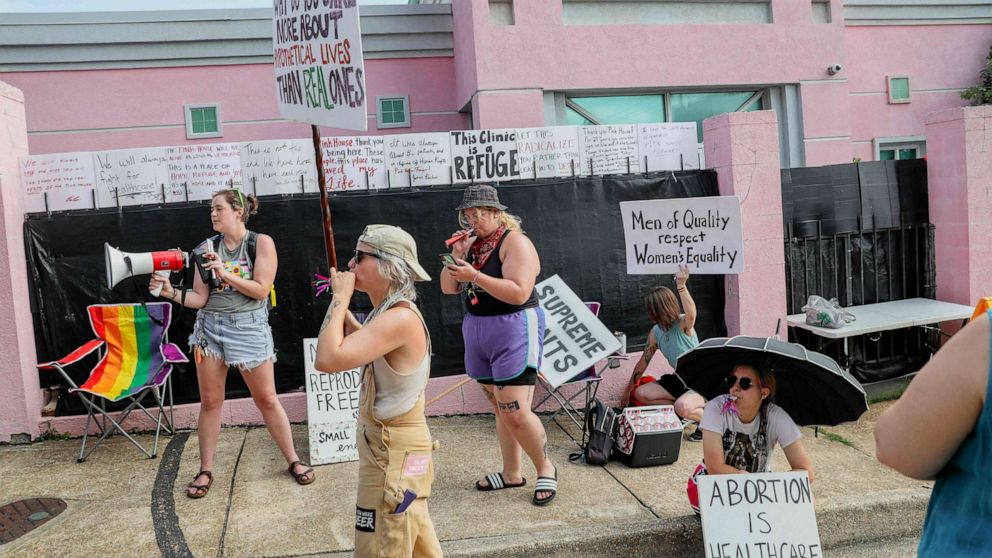 Meanwhile, at least two clinics in the block of southern states with bans are closing down and relocating to New Mexico. Along the southern border, abortion is largely illegal from Texas to Alabama.

Florida and Georgia do not have full bans, but do have gestational limits either in effect (Florida, 15 weeks) or tied up in courts (Georgia, six weeks). With Republican governors, abortion rights advocates do not believe these states are safe for abortion access.

But out to the West on the southern border, abortion rights advocates and providers see hope in New Mexico, where Gov. Michelle Lujan Grisham, a Democrat, has vowed, "As long as I am governor, abortion will continue to be legal, safe, and accessible."

Jackson Women's Health Organization, Mississippi's only abortion clinic, which was at the center of the Supreme Court case that led to the overturning of Roe, is taking that as an invitation. The clinic will be closing down in Mississippi, where a so-called "trigger law" went into effect on Thursday, and reopening in New Mexico, Diane Derzis, owner of the clinic, told ABC News, where they have been "accepted and welcomed."

Derzis said the New Mexico facility will be a full-service abortion clinic.

"This is today in this country. Mississippi is the past, and the future is moving on to where women have an option," she said. 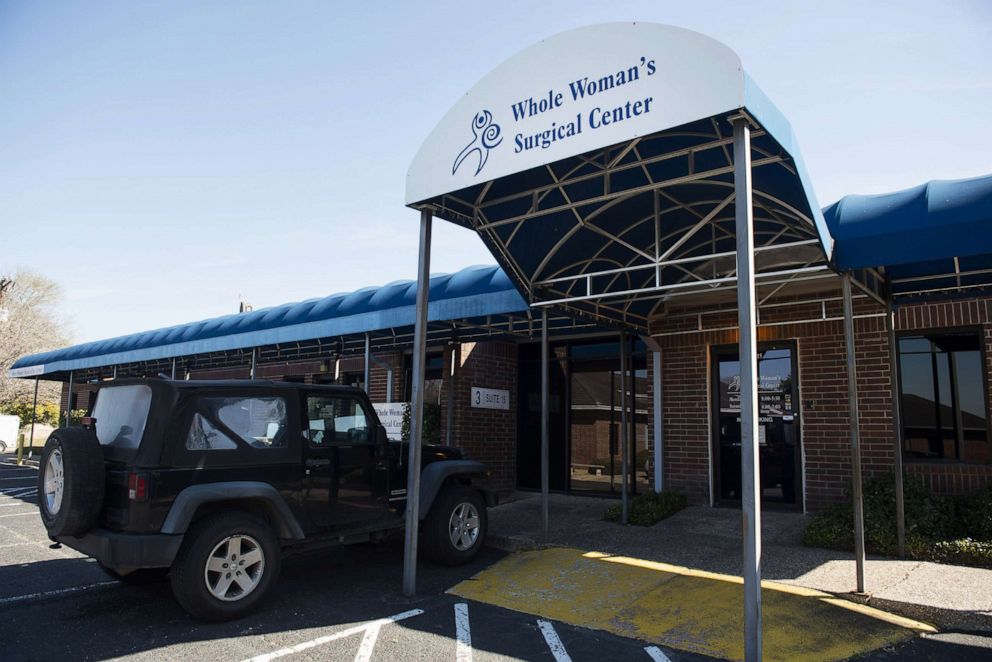 Likewise, Whole Woman's Health is closing operations in Texas, where the organization got its start almost 20 years ago, and planning to open a clinic in New Mexico, Hagstrom Miller told ABC News, calling the state "a beacon of hope."

Just six years ago, Whole Woman's Health won a Supreme Court case striking down abortion restrictions in Texas. The group has continued operating in the state in the face of an unprecedented ban that was allowed to go into effect almost a year before Roe was overturned. And like Jackson Women's Health, Whole Woman's Health has tried fighting the new ban in its state.

MORE: How a Texas clinic raced to provide abortion care before law went into effect

The organization, which also has clinics open in Maryland, Minnesota, Indiana and Virginia, where abortion is still legal, already provides abortions in New Mexico via telemedicine. They are now fundraising to open an in-person clinic, likely near the border with Texas, Hagstrom Miller said, to be more accessible to Texans.

"You can't say for one second Whole Woman's Health didn't do everything we could to preserve access to safe abortion in Texas," she said. "So, there's some bitterness on our team, because people in Texas deserve the kind of care that we provide, and our staff deserve to continue to do this work that they love and that they're trained to do. There's grief and frustration."

Concern for what happens to patients who can't cross borders 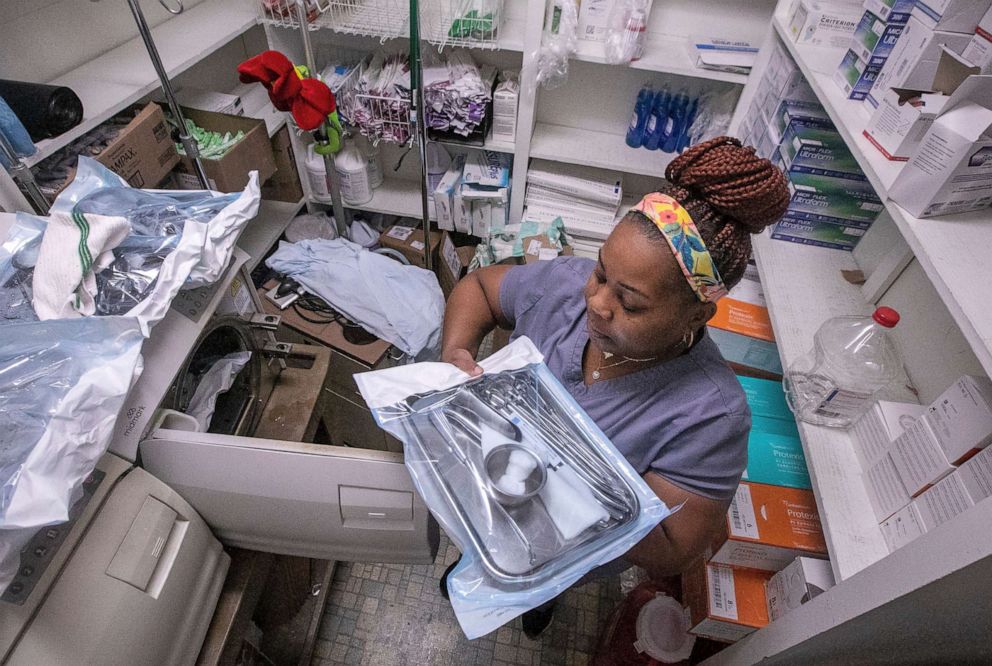 These clinic leaders across Texas, Mississippi, Louisiana and Alabama are doing what they can to reorganize to continue to work with patients in their states. Independent providers and those associated with Planned Parenthood have been in touch with each other to coordinate the new infrastructure for abortion care in a fractured United States, according to Hagstrom Miller.

Even so, Marty said, between bans and closures, "It's a tidal wave that is working its way further and further up the nation. There's never going to be enough clinics this way."

Moreover, the clinic leaders each told ABC News they worry for the patients who will get left behind.

MORE: What lessons the US could learn from Poland's strict abortion ban

"There are a lot of people who did not vote for these laws or these politicians," Marty said. "People here are affected and can't leave. We can't forget about them."

"Not everybody can travel," Hagstrom Miller said. "This sort of heroic narrative, the arc of 'we're setting up somewhere else, we're going to take care of people,' right? A lot of people are going to fall through those cracks."

This is especially concerning, the leaders said, for communities already facing barriers to health care, including people of color, people with lower income, the young and those in abusive relationships.

"It's sad to know that there are women getting left behind," Derzis said. "Hopefully, it's time that women rise up in this country and demand their rights."