Protesters rallied on the steps of the Colorado state Capitol on Wednesday, calling on Gov. Jared Polis to reduce the 110-year sentence of truck driver Rogel Aguilera-Mederos, who was convicted for a 2019 crash that killed four people and injured others after his brakes failed.

The rally came one day after Colorado First Judicial District Attorney Alexis King filed an expedited motion to reconsider Mederos' sentence -- a move that came as the case gained national attention after a Change.org petition advocating for a commutation for Mederos, indicating that the crash was "not intentional," was signed by more than 4.7 million people as of Thursday morning.

Ian Farrell, a professor of law at the Sturm College of Law at the University of Denver, told ABC News that this case has sparked outrage because Mederos "got the same sentence as someone who intentionally killed 100 people would have gotten in Colorado." 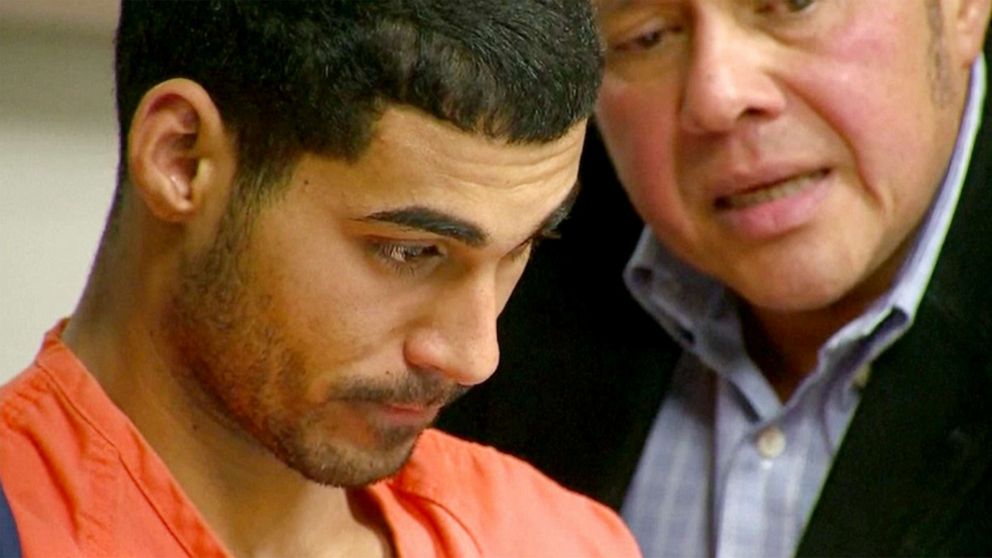 WABC
Rogel Lazaro Aguilera-Mederos, a truck driver appears in court to answer charges of suspicion of vehicular homicide after a deadly pileup on Interstate 70 near Denver on, April 25, 2019.

Mederos was charged with 42 counts -- the most serious of which was first-degree assault, a class-three felony, and was found guilty by a Jefferson County jury of 27 counts.

Prosecutors sought the minimum penalties for each of the charges -- the highest of which is 10 years, but the number of the charges, mandatory minimum laws and a classification that mandates some sentences to be served consecutively resulted in the lengthy sentence.

Celebrities like Kim Kardashian are using their star power to draw attention to the case, urging Colorado Gov. Polis to intervene. 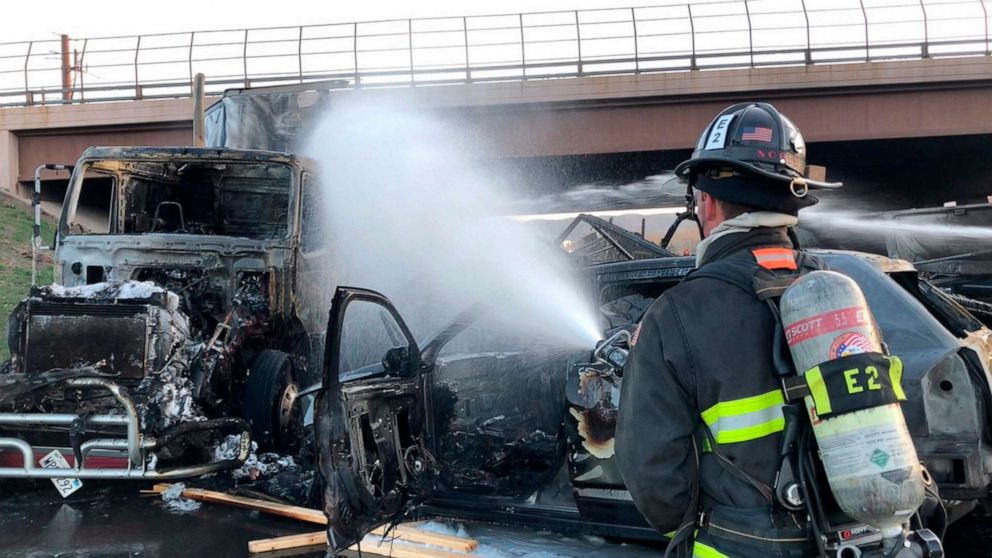 West Metro Fire Rescue via AP, FILE
A firefighter works the scene of a deadly pileup involving over two dozen vehicles near Denver. Rogel Lazaro Aguilera-Mederos is the truck driver accused of causing the fiery pileup near Denver, April 25, 2021.

In a statement obtained by ABC News, King described this as an "exceptional case involving unusual and extenuating circumstances."

"This will not overturn the conviction supported by the evidence in this case; it simply allows the court greater flexibility than at initial sentencing," she wrote.

"When my team and I spoke to the surviving victims and families of those who lost their lives about the possibility of resentencing, it was their specific desire to be heard in this process. So, yesterday, we filed another motion requesting that the court expedite that hearing so they would have the opportunity to be heard by the presiding judge."

A group of crash survivors and family members of the victims spoke exclusively with "Good Morning America" on Wednesday night, describing the trauma that the crash caused their families and said that Mederos should still serve time in prison, even if his sentence is reduced.

"I think we all can agree that [110 years] is excessive," Duane Bailey, the brother of William Bailey who died in the crash, told "GMA" but added that the jury "came to the correct decision to convict [Mederos]."

Those killed in the crash on Interstate 70 just outside Denver were Miguel Angel Lamas Arellano, 24; William Bailey, 67; Doyle Harrison, 61; and Stanley Politano, 69. 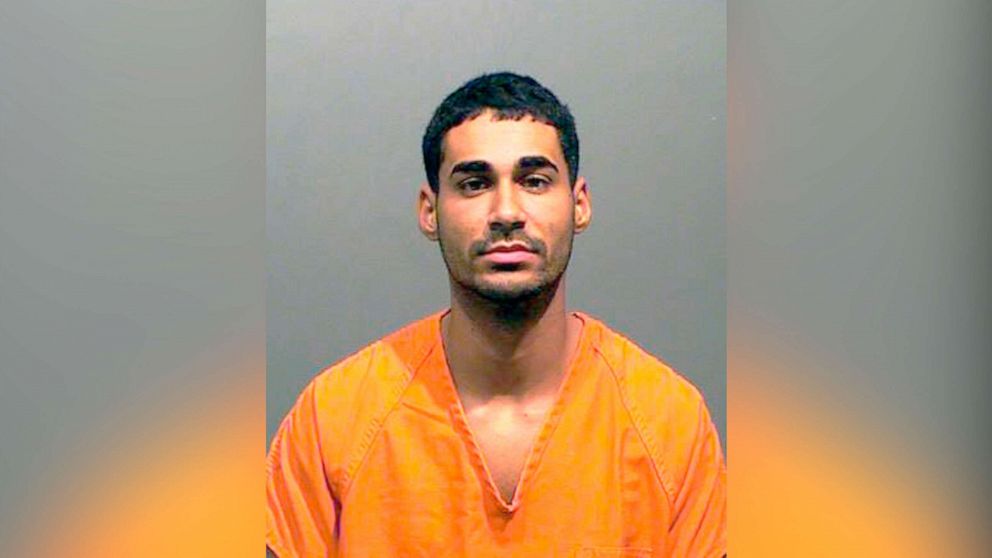 Lakewood Police Departmen via AP, FILE
A police mugshot shows Rogel Lazaro Aguilera-Mederos, a truck driver was arrested on suspicion of vehicular homicide after a deadly pileup on Interstate 70 near Denver on, April 25, 2019.

Mederos, who was not intoxicated at the time, testified that after his brakes failed, he crashed into vehicles that had stopped on the highway due to another accident in Lakewood.

Police said that Mederos was driving at least 85 miles an hour before the crash -- a point that his defense attorney disputed in court, on a stretch of the highway where there's a 45 miles per hour speed limit for commercial vehicles, according to The Associated Press.

Police said that after his brakes failed, Mederos drove past a runaway truck ramp and instead, crashed into stopped traffic -- a point that the prosecutors argued during the trial and is one of the reasons that the crash victims and families of those who died believe that Mederos should serve time in prison.

"Firstly, he had the choice to pick that ramp. He didn't. Whatever his real reason was, we'll never know. But that was a choice by him," Bailey said.

"He sealed his fate once he passed that ramp."

"This is completely disproportionate to what happened," Colgan said. "He may have made some negligent mistakes, but what he did does not deserve a life sentence." 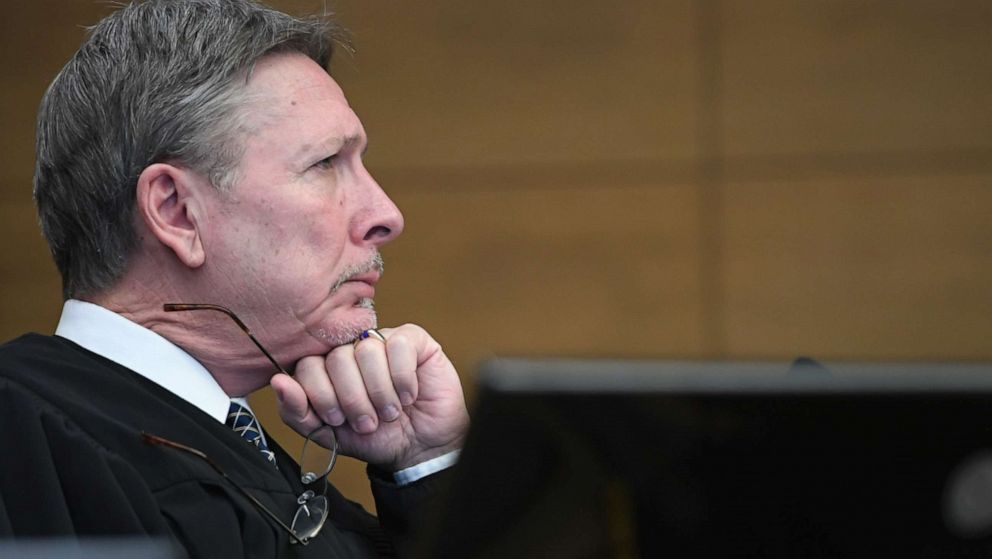 he Denver Post via Getty Images, FILE
District Court Judge Bruce Jones presides over his courtroom at the Lindsey-Flanigan Courthouse in Denver, Feb. 28, 2020.

On the witness stand, Mederos expressed remorse for those who were killed and injured in the crash and said that the accident was unintentional and he is "not a criminal."

"I want to say sorry. Sorry for the loss, for the people injured. I know they have trauma, I know, I feel that," he said while crying.

Meleia Harsch, who was pregnant at the time of the crash, told "GMA" that it's "frustrating" that people think Mederos is a "victim."

Harsch said that for people who sustained injuries after the crash, "there was nothing anybody could do to go help."

"I will state that if I had the discretion, it would not be my sentence," the district court judge, A. Bruce Jones, said during the sentencing, although he did say that Mederos should serve some time in prison. ABC News has reached out to Jones but has not received a request for comment.

Ian Farrell also told ABC News that Jones was bound by "sentence enhancers" that are outlined in Colorado law, pointing to mandatory minimum penalties for certain crimes and certain classifications that enhance penalties for violent crimes. 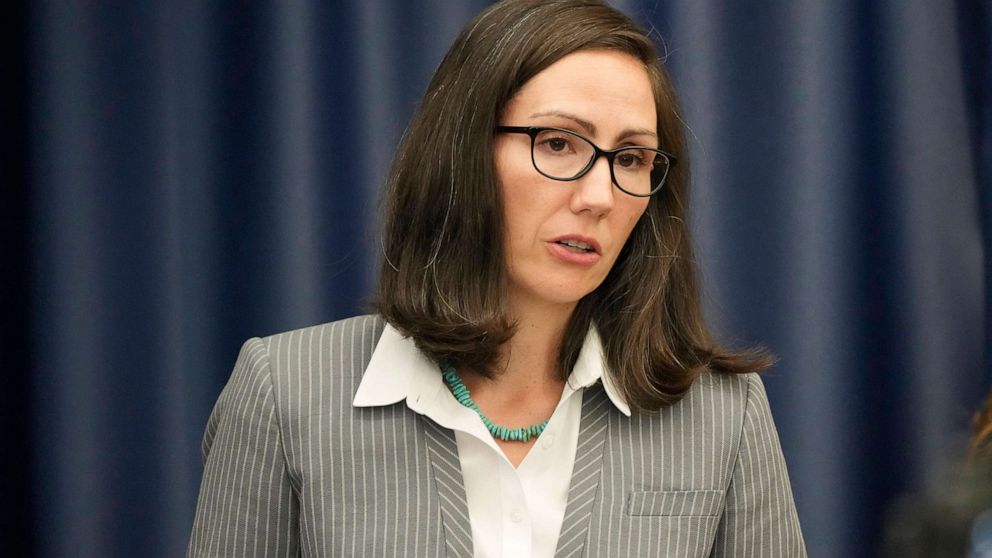 Polis said during a press conference on Tuesday that he received a clemency application from Mederos' attorney.

Clemency could mean commutation or a pardon but Colgan told ABC News Tuesday morning he is "actively seeking a commutation" and not a pardon at this time.

Members of Mederos' family, including his mother Oslaida Mederos, spoke at the rally on Wednesday and were joined by The League of United Latin American Citizens, one of the largest Latino civil rights groups in the U.S..

Members of LULAC, including President Domingo Garcia, met with Polis and his team on Wednesday, LULAC CEO Sindy Benavides told "GMA," and said that Polis was "very receptive." 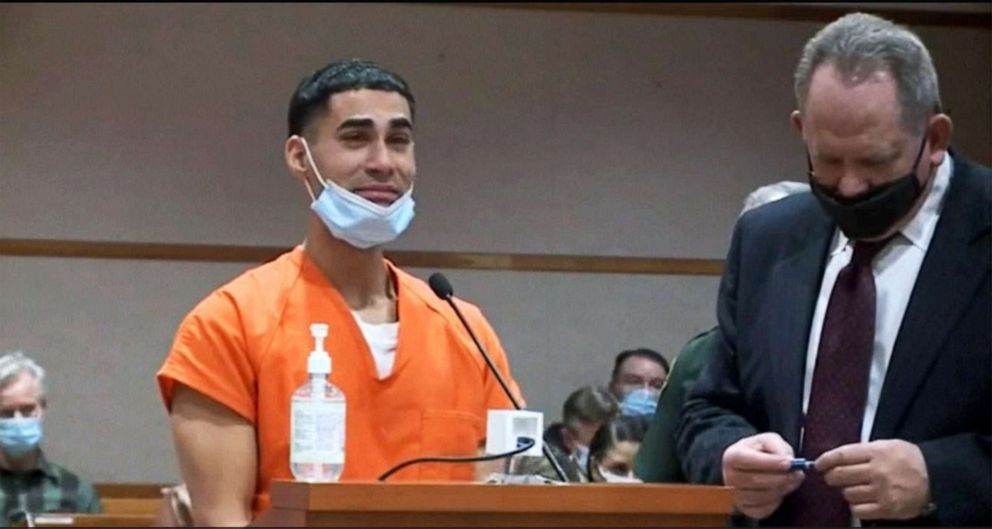 WABC
Truck driver Rogel Lazaro Aguilera-Mederos speaks during his sentencing after being convicted charges of suspicion of vehicular homicide after a deadly pileup on Interstate 70 in 2019, Denver, Colo, Dec. 13, 2021.

"There's a difference between justice and vengeance. And when we think of our justice system, we want it to be fair ... in this case, it was not," Benavides said.

Leslie Maddox, who was injured in the crash, told "GMA" that the "governor's office needs to realize that this needs to go back to the courts" – a sentiment that was echoed by other crash survivors and family members of the victims.

"We're not saying that there can't be changes in the law looked at, but a petition to go someplace else other than the legal system is not the way to do it," Gage Evans, the widow of William Bailey, told "GMA."

"He is a young man who made very bad decisions. And he has to understand that decisions have consequences," she said.

Asked how she is doing after the death of her husband, Evans said, "I feel like I'm walking around without an arm and a leg on one side. He was truly that much a part of my heart and mind and psyche and body."