In an effort to provide more resources to investigate thousands of unsolved cases of missing and murdered Native Americans, a new Bureau of Indian Affairs unit has been launched by Interior Secretary Deb Haaland.

Indigenous communities have struggled for years to raise awareness to address the growing crisis of missing and murdered Native people, specifically women, activists who spoke with ABC News said.

According to the Urban Indian Health Institute, homicide is the third-leading cause of death among American Indian and Alaska Native women aged 10 to 24. The Justice Department also found that Native women are victims of murder over 10 times the national average. But without assistance from non-tribal federal, state and local agencies, these cases have gone underfunded and uninvestigated.

"The new MMU unit will provide the resources and leadership to prioritize these cases and coordinate resources to hold people accountable, keep our communities safe, and provide closure for families," Haaland said in a statement posted to the Department of Interior's website Thursday.

As the crisis drags on and the numbers of the dead and disappeared rise, Indigenous women across the country live in fear of violence. Activists say they are looking for systemic solutions to end the cycle of loss and death in the communities.

"We see what representation looks like. You have an indigenous woman leading as secretary of the interior with the authority and the ability to address some of the most pressing crises in Indian country," Abigail Echo-Hawk, director of the Urban Indian Health Institute, told ABC News. "However we have to recognize this as just the start … It's not enough to search for them when they go missing or investigate the crimes when they're murdered. We have to be at the point of prevention." 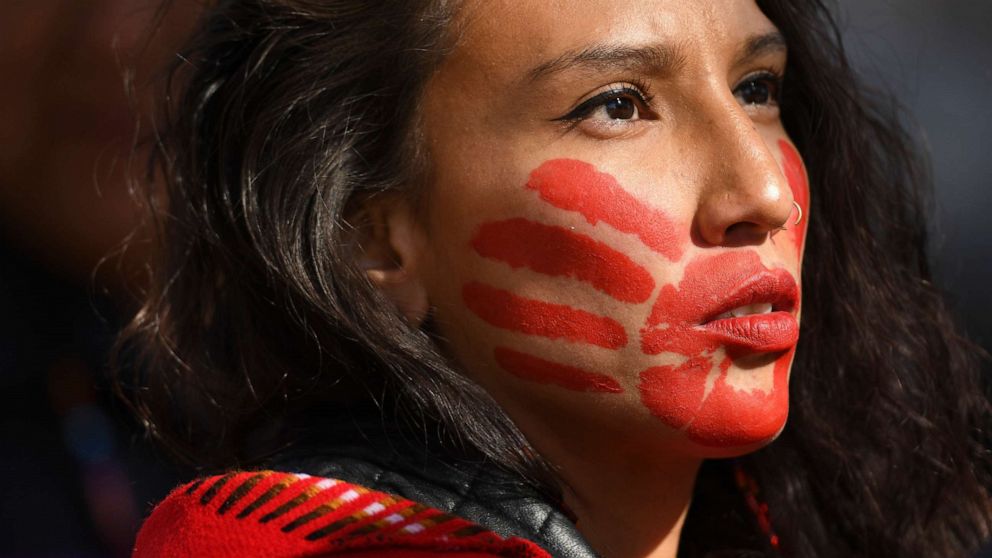 The Denver Post via Getty Images, FILE
Micaela Iron Shell painted red hands over their mouth to show solidarity for missing and murdered indigenous, black and migrant women and children during a rally in Denver, Oct. 11, 2019.

Roughly 1,500 American Indian and Alaska Native missing persons have been recorded across the U.S. by the National Crime Information Center, and about 2,700 cases of homicide have been reported to the Federal Government's Uniform Crime Reporting Program.

However, activists say law enforcement agencies do a poor job at maintaining complete, accurate records of the data on these cases.

A study by the UIHI reports that many law enforcement systems don't include a racial category for American Indian, Native American, or Alaska Native, or that they categorize Native peoples inaccurately. The data that agencies do have is also often inaccessible to these communities who may not be able to financially afford to seek out this information.

Without proper records to hold leadership accountable, Indigenous communities won't have the ability to advocate for themselves and law enforcement can't combat a problem it doesn't know exists, activists say.

"Law enforcement was effectively hiding the disproportional impact in our communities by the non-collection of race and ethnicity," Echo-Hawk said. "As a result of that, for many years, when our tribal leadership would go to them and push for resources and highlight this issue, they'd say, 'but where's your data?' But we know the data isn't there because they're not collecting it. This is purposeful erasure."

Echo-Hawk also said that since perpetrators of violence rarely get caught, the Native community remains a vulnerable target for crimes.

Colleen Medicine, program director at the Association on American Indian Affairs, agrees. She said she believes the missing data is a large part of the issue and is affecting the help needed to heal this community.

"Our people go missing three times over. The first time is physically. They're physically stolen, abducted, taken, murdered. Then they're missing in the data. The third time is -- they're not home with their families, they're not home in their communities," Medicine said. "That's why we have to be our own advocates."

Echo-Hawk says she and other activists like Medicine will be watching the administration closely to ensure the new unit makes the progress it promises.

"I'm tired of seeing our people live in fear for their mothers, for their sisters, for their grandmothers," Echo-Hawk said. "These are the things that we live with as indigenous women live with every day" 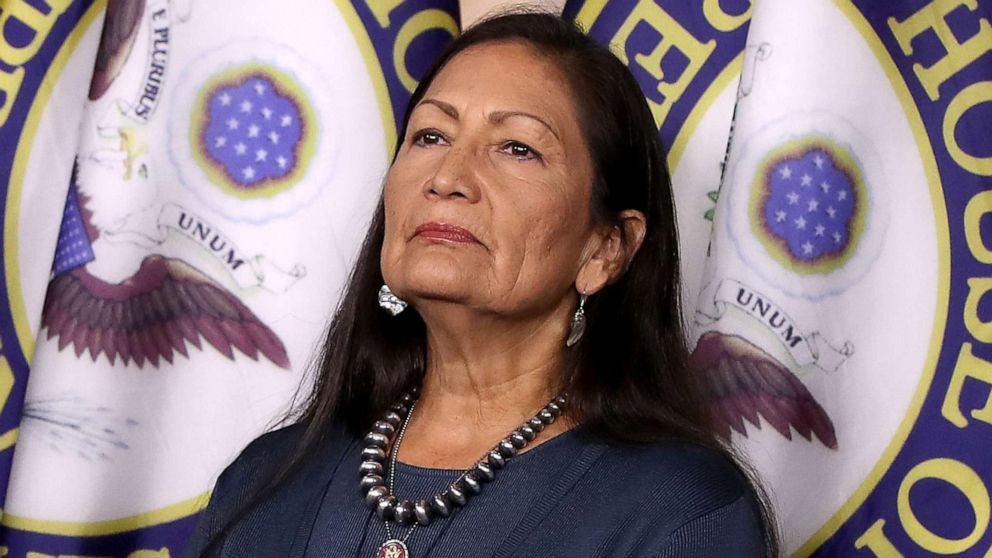 Haaland, a New Mexico congresswoman and the U.S.'s first Indigenous cabinet secretary, made this issue a priority of hers during her confirmation hearings.

The Missing & Murdered Unit will build upon the work of a 2019 task force dedicated to these cases, called Operation lady Justice. The MMU will work with Tribal investigators, as well as the Bureau of Indian Affairs and the FBI. This new unit will also support marshal law enforcement resources throughout Indian country and help uncover new information in witness testimony, material evidence and suspects.

"Whether it's a missing family member or a homicide investigation, these efforts will be all hands-on deck," Haaland said. "We are fully committed to assisting Tribal communities with these investigations, and the MMU will leverage every resource available to be a force-multiplier in preventing these cases from becoming cold case investigations."