You’re in a dark alley. Your skin tingles and stomach gets tight. You feel vulnerable, and in fact, you’re about to be attacked. What do you do?

Always use your voice as your first method of defense, explained Nelson Nio, the founder of SHIELD Women's Self Defense System in Los Angeles, California, where he teaches self-defense classes and workshops that cater to women.

"A lot of women avoided violence simply by using their voice... blast it out as loud, as nasty as you can," he told "Good Morning America." "When you do that you get pumped up also."

In his classes, Nio trains women with the self-defense moves to fight back against an attacker. If you can't run away, he said: "You become grounded, balanced and a lot more lethal when you do these five things." 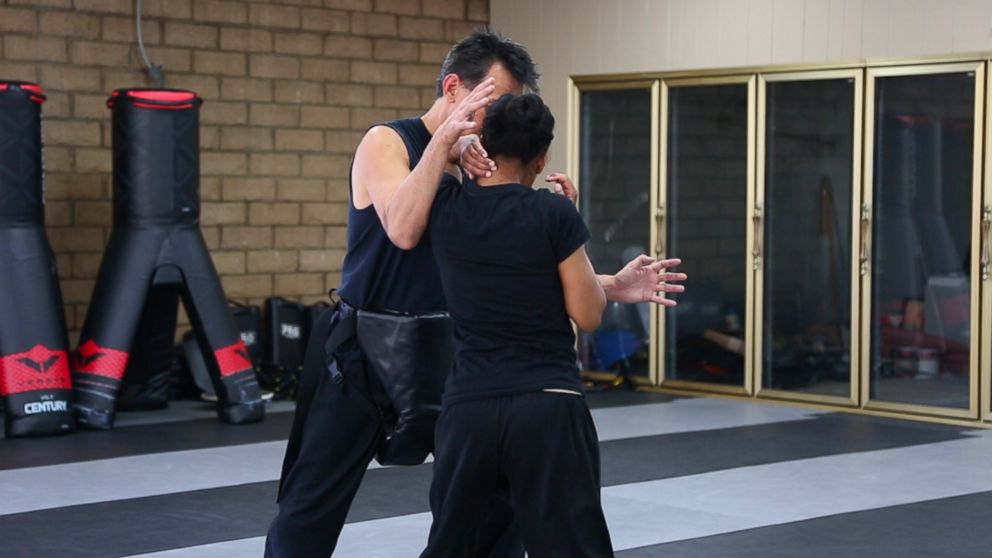 Olivia Smith/ABC News
A woman demonstrates how to defend herself using her elbow during an attack.

1. Own the center space

Protect your vital organs by keeping your arms close to you inside, and having your opponent's arms on the outside. Use your elbows to protect the side of your face if someone strikes. Keep your elbow up and pointed toward your attacker.

2. Latch, hold and grab on to your opponent

Once you grab and hold you have some control. Keep your hands open with your palms facing your opponent, then grab onto them as soon as they touch you. This works if someone grabs your hair as well. Put your hands on top of their hands. 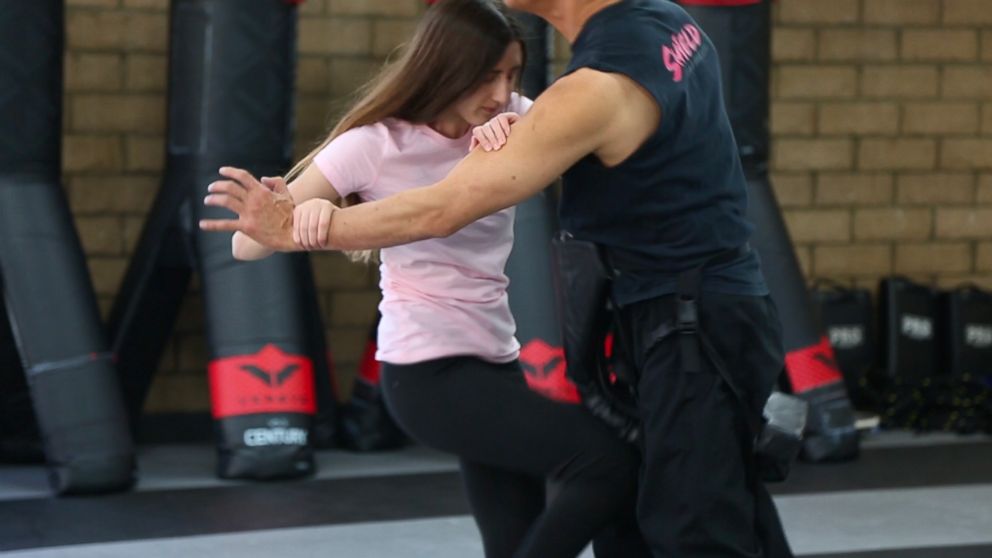 Olivia Smith/ABC News
A women's self-defense course teaches what to do if engaged in a physical fight.

3. Widen your stance and get low

When you widen your stance and lower your center of gravity, you become more balanced. You also gain the ability to strike with more power with a solid stance.

4. Combine your upper and lower body

Alternate between striking with your arms and with your legs. This confuses the opponent and is more difficult to block.

If you're attacked on the ground and feel overpowered don't struggle.

Nio says to fake compliance, especially if the person has a weapon. When they're relaxed, and you see an opening that's when you attack. 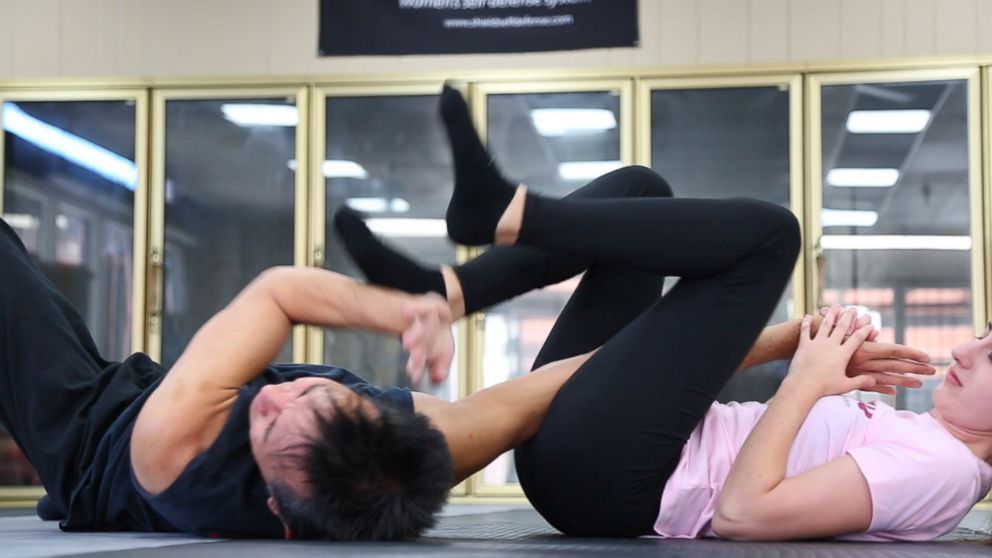 Olivia Smith/ABC News
A woman demonstrates how to defend herself using her legs to trap her opponent's arm.

Once you strike, continue to fight because if you pause that gives them an opening to gain control. Try to move your body before moving the body of a larger person. Move your hips away from them. If you do need to move them, move parts of their body, such as their head, arm or leg. Your lower body is powerful, so try to use your legs or thighs to trap a part of them.

"As a woman walking around by myself at night sometimes there is that thought in the back of my mind, 'Oh, what if something happens,'" said Nio's student Rachel Formaker. "Knowing that I have the tools to defend myself really helps me be unafraid to do what I need to do."