LAS VEGAS, NEVADA -- Again after a Democratic debate, all of the buzz is about the women onstage. We have seen it like this before.

Sen. Kamala Harris had a definitive take down of former Vice President Joe Biden over the summer, Sen. Amy Klobuchar rocked the debate stage in New Hampshire and this week in Nevada Sen. Elizabeth Warren owned the night. 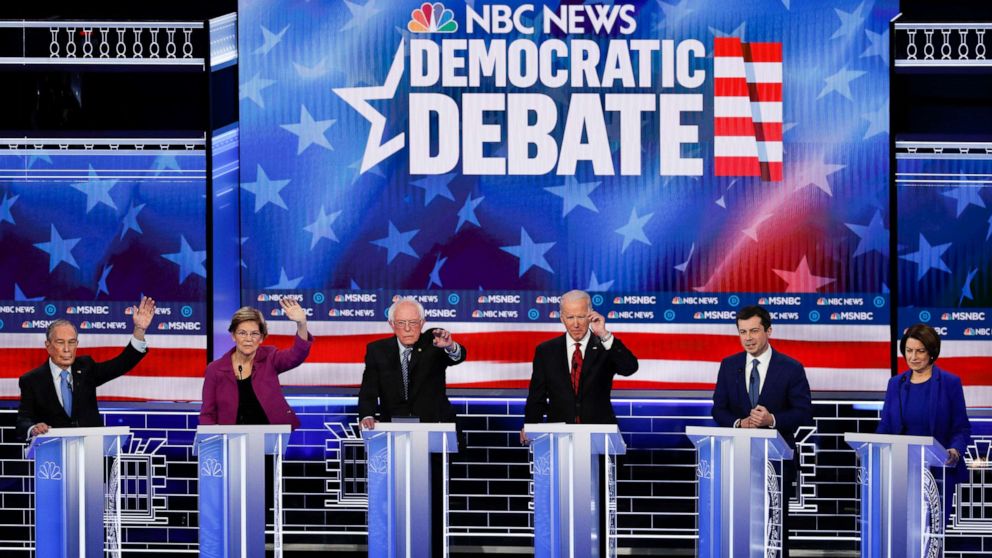 Warren came out swinging. She was fierce, relentless and took no prisoners. She wove between policy challenges and personal attacks, and managed to tangle with everyone onstage. She came across as a fighter, but still looked largely un-bruised in the end.

She tore into former New York City Michael Bloomberg for his past alleged treatment of women and listed critiques of everyone else's health care proposals ... in the first three minutes of the debate. Her team said it raised more than $5 million in the 24 hours after the debate.

Warren was not mean, nor angry.

Anger at injustice is quite appropriate. https://t.co/LIUpF7L9Sm

Congresswoman Alexandria Ocasio-Cortez has endorsed Sen. Bernie Sanders, but was giving Warren earned props. Even Meghan McCain, a Republican, praised her performance. "I really enjoyed watching you rip out Mayor Bloomberg's jugular," she told the senator on "The View."

MORE: Rep. Alexandria Ocasio-Cortez responds to criticism that Sanders' policies are too radical

Still, will it matter? Was it too little too late?

There is a real possibility of a double-standard here. Can female candidates go on the offensive or go for the kill, without blowback? It will be fascinating to see how other candidates and voters talk about Warren in the coming days and weeks.

Harris was never able to maintain momentum she garnered on the debate stage. And while Klobuchar's team credits her debate performance just days before the New Hampshire primary as a core reason she catapulted in the polls and finished a strong third there, a few factors made that moment unique.

First, the Iowa results were a total scramble still. No one had benefited from clear headlines from that first state; no one had real wind at their back. That added to an unusually volatile electorate. Exit polls showed that nearly half of New Hampshire voters made up their minds in the last few days there.

MORE: Here's what you need to know about the Iowa caucuses

In addition, there was no early voting in New Hampshire. Whereas here in Nevada, for the first time, voters were able to caucus early. By midweek, nearly 75,000 votes had astonishingly already been cast, which was the equivalent to 90% of the total vote in the 2016 Nevada caucuses. That is to say, a lot of voters were already banked here before Warren took the stage. And it is not just here, early voting has begun in California as well.

Warren's team said it would closely watch any difference in the early vote compared to Saturday's day-of results in Nevada to see if she did get a bump from the debate. 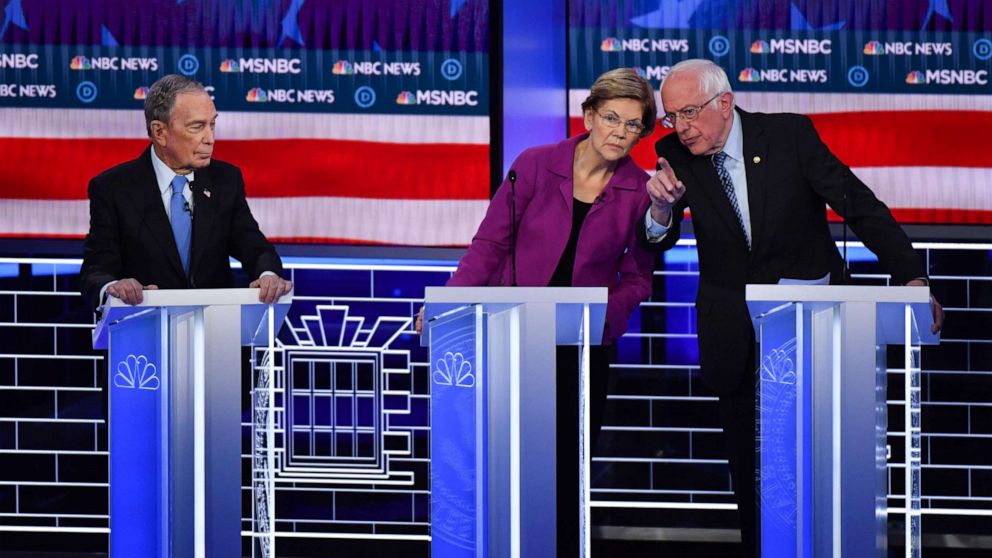 Warren's polling with urban women is strong too – 12% higher than her polling with urban men, showing a real preference in the female vote that could help her. A whopping 84% of urban Democratic-leaning women say they are certain to vote in the primary, more than any other voting group.

She does have a large national team and has been on the ground campaigning coast-to-coast since last year. So, in theory, she has people in place to help her maximize this moment. Also, taking on a billionaire like Bloomberg fits into her core message and brand as someone who challenges power and has run on the idea of a wealth tax on the mega-rich. In that way, perhaps the moment will be viewed as more than a one-off.

"It is all about momentum going into Super Tuesday. Her performance played into her reputation as giant killer, a fighter who slays villains. It will keep her top of mind," Adam Green, Co-founder, Progressive Change Campaign Committee that supports Warren's campaign told ABC News.

The 2020 Democratic candidates on the stage indicated they are gearing up for a marathon. Saying over and over the entire process should play out, but the rest of this primary race will feel more like a sprint.

The South Carolina primary is on Feb. 29. Three days later, 14 states vote on Super Tuesday, which is super-sized for Democrats this cycle with both California and Texas in the mix. More than 30% of the delegates are up for grabs that night alone.

Democrats do not have winner-take-all states, so it's unlikely that one of the many candidates promising to fight this out will run away with a considerable lead. That said, any lead in delegates after Super Tuesday will be hard to overcome.

MORE: The Note: Focus on Bloomberg could widen opening for Sanders