Two months after celebrating their 10-year anniversary as a couple, Miley Cyrus and Liam Hemsworth's relationship is no more.

"Liam and Miley have agreed to separate at this time," a spokesperson for Miley Cyrus said in a statement.

"Ever evolving, changing as partners and individuals, they have decided this is what’s best while they both focus on themselves and careers. They still remain dedicated parents to all of their animals they share while lovingly taking this time apart," the statement said.

The couple first met on the set of "The Last Song" in 2009. They split in 2013, but reunited two years later, and tied the knot in a private ceremony in December 2018.

In June, Cyrus pushed back against breakup rumors. 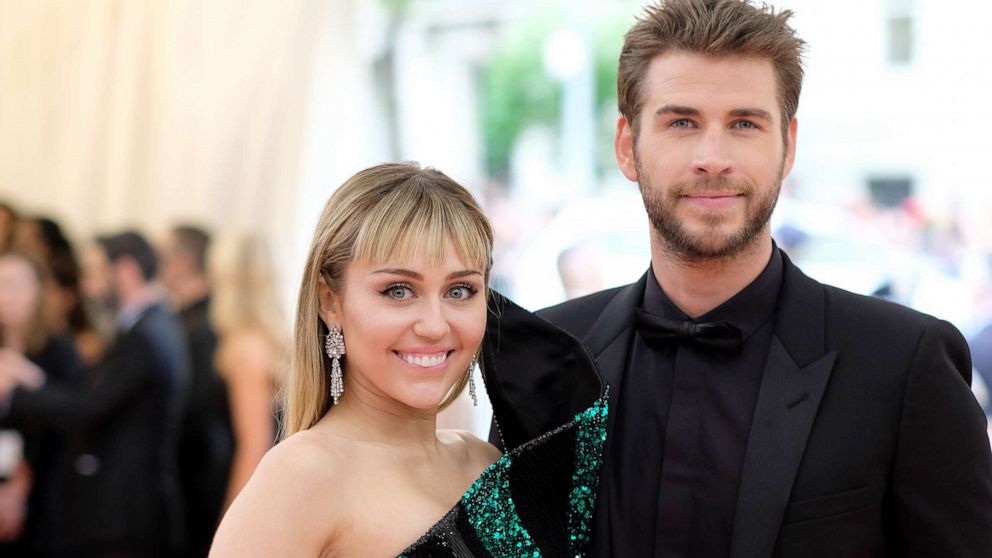 Dimitrios Kambouris/Getty Images for The Met Museum/Vogue
Miley Cyrus and Liam Hemsworth attend The 2019 Met Gala Celebrating Camp: Notes on Fashion at Metropolitan Museum of Art on May 6, 2019, in New York City.

She posted a screengrab of a gossip site with the headline “Miley Cyrus, Liam Hemsworth Split Rumors,” and wrote, “Happy 10 year anniversary my love. Good to see everyone is as dumb as they were in 2009!”

Miley added, “Some things never change .... & I hope the way you feel about me is one of them.”

Cyrus spoke about her relationship in a cover story for ELLE magazine's August issue.

"I think it’s very confusing to people that I’m married," she told ELLE. "But my relationship is unique ... it’s so complex, and modern, and new that I don’t think we’re in a place where people would get it."