For some it’s just another day on the calendar. For others, it’s a day to avoid all risk-taking, a day where “luck” is simply not on your side.

While its notoriety increased through the "Friday the 13th"horror franchise, there are additional coincidences and traditions associated with the tensions around this peculiar day.

Black cats are up for adoption on Friday the 13

It’s a numbers game! Numerologists find that Western cultures tend to emphasize completeness through the number 12, according to University of Delaware professor Thomas Fernsler, who works in the school's Mathematics & Science Education Resource Center. From the 12 tribes of Israel to the 12 days of Christmas, the number 13 simply does not provide that same sense of safe equilibrium.

Ancient narratives persist Historical religious events, like the Last Supper, have also contributed to the negative association towards the number 13. National Geographic reported that according to Christian tradition, Judas Iscariot, the disciple known to have betrayed Jesus, was the 13th guest to have arrived at the iconic Holy Thursday gathering. Though known as a “Good” Friday, the day Jesus was crucified also plays into the negativity around the superstition: Friday, a day centered on death. 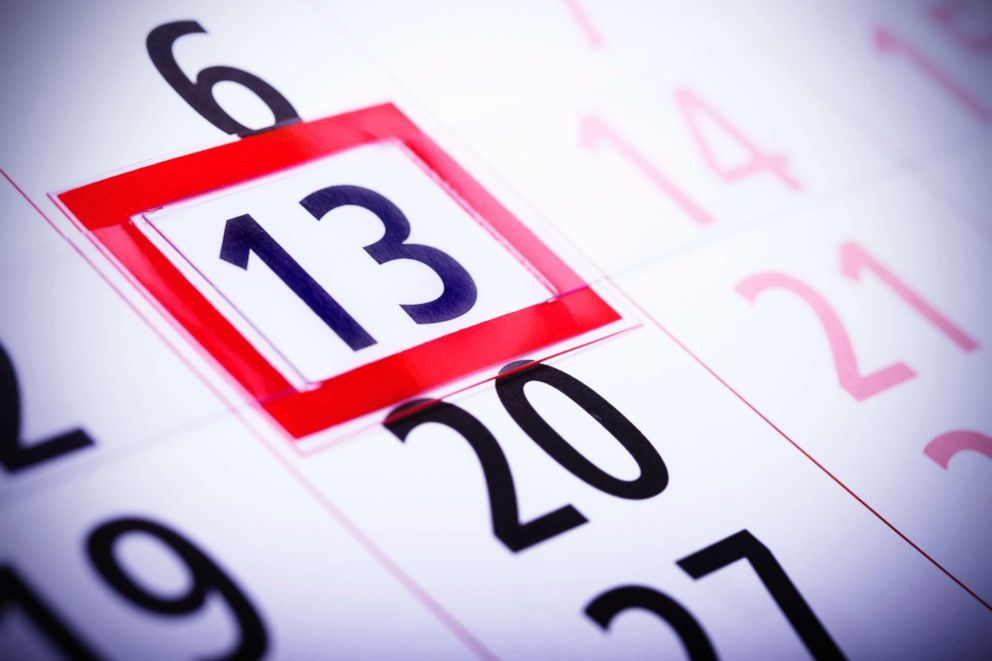 Getty Images
Friday the 13th, circled on a calendar, is often associated with bad luck.

The fear is real! Though many write off superstitions regarding this day as merely fantasy, there’s evidence of societal and psychological impact. According to the Stress Management Center, more than $800 million dollars of potential business can be lost on a Friday the 13th, as citizens tend to avoid important financial decisions. Early mental health authors have even coined a term for this distinct “fear of 13” panic: triskaidekaphobia.

Perspective prevails As with any phobia, the more you focus on it, the more you observe. And while tragedies have indeed taken place on Friday the 13th, like the Buckingham Palace bombing in 1940 or the Kansas Floods in 1929, there are also positive occurrences. A science victory, the discovery of dinosaur egg fossils occurred on Friday, July 13, 1923, according to the Museum of Natural History. A triumph for women, former president Lyndon B. Johnson amended an executive order to eliminate gender-based hiring discrimination, on October 13, 1967.

And so, the only adage appears to remain true: Perspective, really is everything!