The family of Gabby Petito announced Monday they plan to file a wrongful death lawsuit against the police department in Moab, Utah, where Petito and her boyfriend Brian Laundrie were questioned last year about a possible domestic dispute.

Shortly after Petito and Laundrie were questioned by police on Aug. 12, 2021, Petito, 22, went missing.

Petito's body was discovered last September in the Bridger-Teton National Forest in Wyoming. Laundrie, who was later found dead of a self-inflicted gunshot wound in the Myakkahatchee Creek Environmental Park in North Port, Florida, wrote in a notebook that he killed her, according to the FBI.

In a press release announcing the lawsuit, an attorney for the Petito family, Brian Stewart, said officers from the Moab City Police Department "failed to properly investigate the reported domestic assault, and thus failed to fully appreciate or respond to Gabby's life-threatening situation."

"While the full evidence has not yet been made public, when it is released, it will clearly show that if the officers had been properly trained and followed the law, Gabby would still be alive today," James McConkie, another of the family's attorneys, said in the press release. "Failure to follow the law can have deadly consequences, as it did in this case." 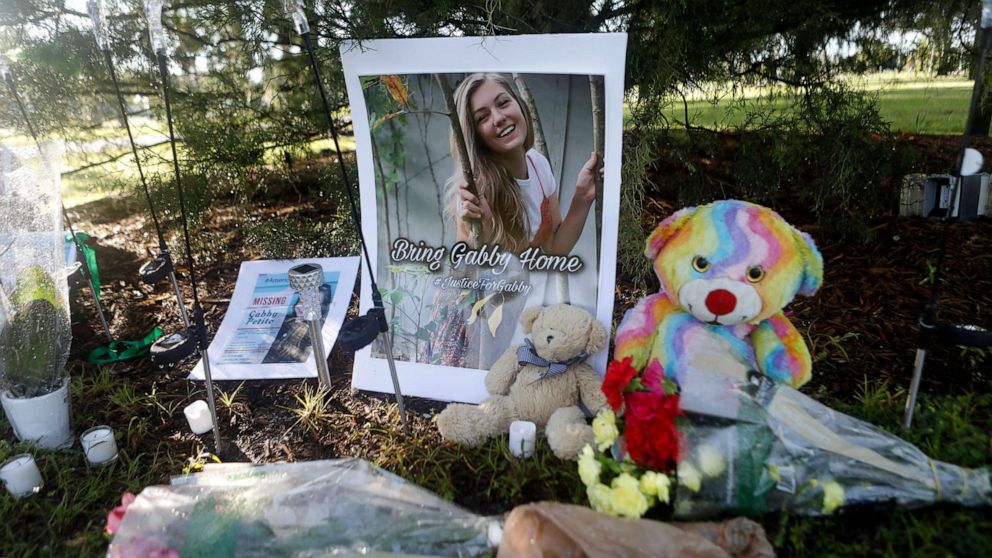 In a notice of claim sent on Aug. 5, attorneys representing Joseph and Tara Petito and Nichole and Jim Schmidt said they are seeking $50 million in damages.

Body camera images from the Aug. 12 incident show Petito and Laundrie talking to an officer after her 2012 Ford Transit was pulled over by Moab police. In one image, she appears to be crying while sitting in the back of a police vehicle.

The couple told police they were arguing and that Petito had slapped Laundrie, according to the police report. The couple also stated to police that Laundrie did not hit Petito.

In a statement at the time, Moab police said that "insufficient evidence existed to justify criminal charges" in that incident. 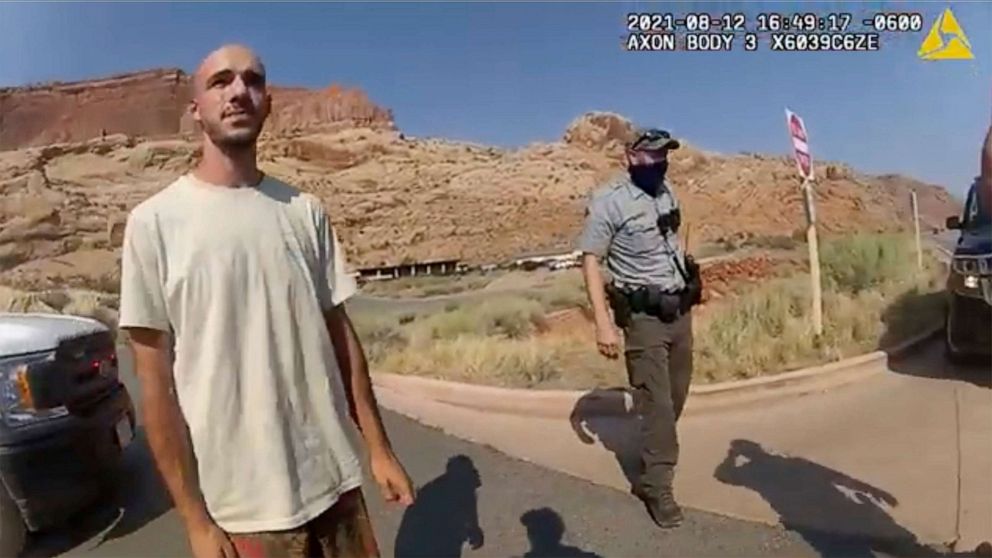 Moab Police Department via AP, FILE
This Aug. 12, 2021, file photo from video provided by the Moab, Utah, Police Department shows Brian Laundrie talking to a police officer after police pulled over the van he was traveling in with his girlfriend, Gabrielle "Gabby" Petito, near the entrance to Arches National Park in Utah.

Petito had told police she suffered from severe anxiety and other medical conditions, which were redacted from the police report, and that the couple's argument had been building for days. Police labeled the incident as a "mental/emotional break" rather than a domestic assault, according to the police report. 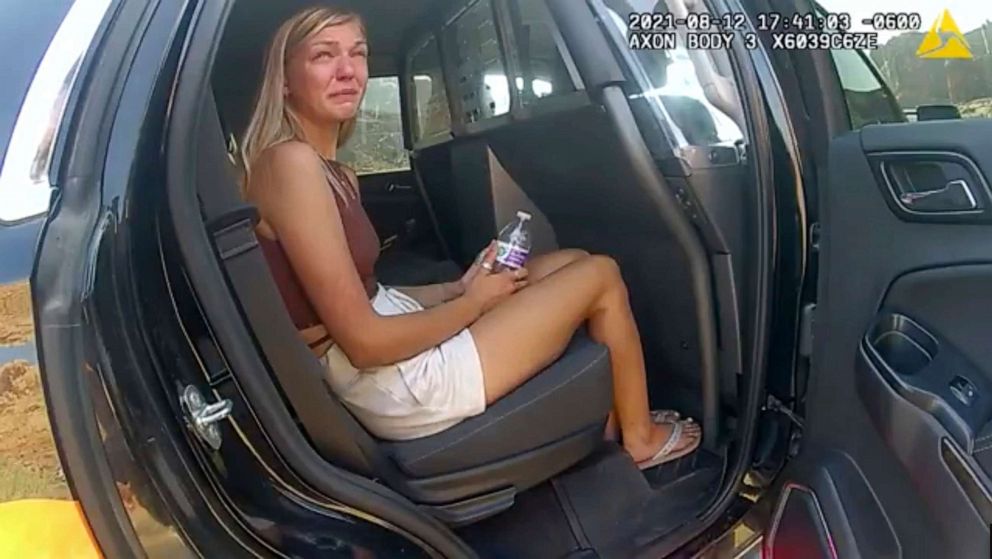 Moab Police Department via AP, FILE
This police camera video provided by The Moab Police Department shows Gabrielle "Gabby" Petito talking to a police officer after police pulled over the van she was traveling in with her boyfriend, Brian Laundrie, near the entrance to Arches National Park, on Aug. 12, 2021.

The incident took place about two weeks before Petito, who was on a cross-country trip with Laundrie, last spoke with her family, who reported her missing on Sept. 11.

Officials confirmed on Sept. 21 that a body found in the Bridger-Teton National Forest in Wyoming was Petito. A coroner later ruled that she had died of "blunt-force injuries to the head and neck, with manual strangulation."

Laundrie returned to his parent's home in North Port without Petito and was reported missing on Sept. 17.

Shortly after Petito's body was found, the city of Moab announced it would launch an independent investigation into its police department's handling of the incident involving Petito and Laundrie.

In January, the independent report said it found police made "several unintentional mistakes" responding to the incident, including not issuing a domestic violence citation to Petito after she claimed she hit her boyfriend first, and not taking a statement from a 911 caller who had reported seeing a man slapping a girl, according to the Associated Press.

"Would Gabby be alive today if this case was handled differently? That is an impossible question to answer despite it being the answer many people want to know," Capt. Brandon Ratcliffe, the Price, Utah, police officer who led the investigation, wrote in the report. "Nobody knows and nobody will ever know the answer to that question." 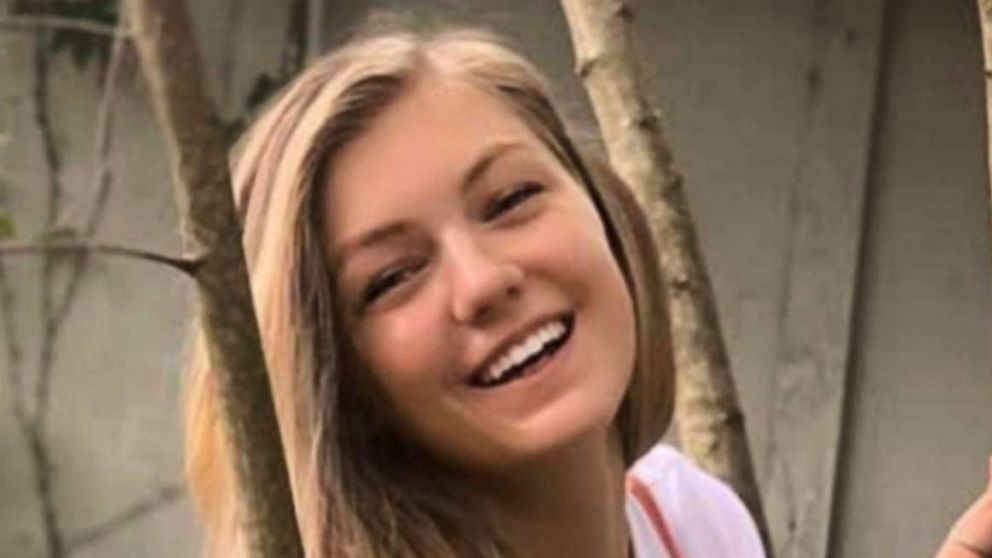 FBI
Gabby Petito is seen in this undated photo provided by the FBI.

In response to the report's findings, the city of Moab said it planned to implement recommendations including providing additional training in domestic violence investigation and strengthening the review process for incident reports.

"As the Moab City Police Department continues its daily mission to serve our community, efforts are underway to provide additional resources and tools to assist them in addressing domestic violence incidents," the city said in a statement. "Plans are in place to add a trained domestic violence specialist to oversee incidents investigated by Moab officers. We also will implement added and ongoing training and testing to ensure that the officers understand policies and procedures."

The city also applauded the responding officers, writing, "Based on the report's findings, the City of Moab believes our officers showed kindness, respect and empathy in their handling of this incident."

The city declined to comment on the announcement of the wrongful death lawsuit.

Stewart, an attorney for Petito's family, said they hope their planned lawsuit helps to "prevent such tragedies" as Petito's death.

"The Petito family believes that it is important as a society to hold our governmental institutions to account for such failures and to work toward changes to protect victims of domestic abuse and violence and prevent such tragedies in the future," Stewart said in a statement. 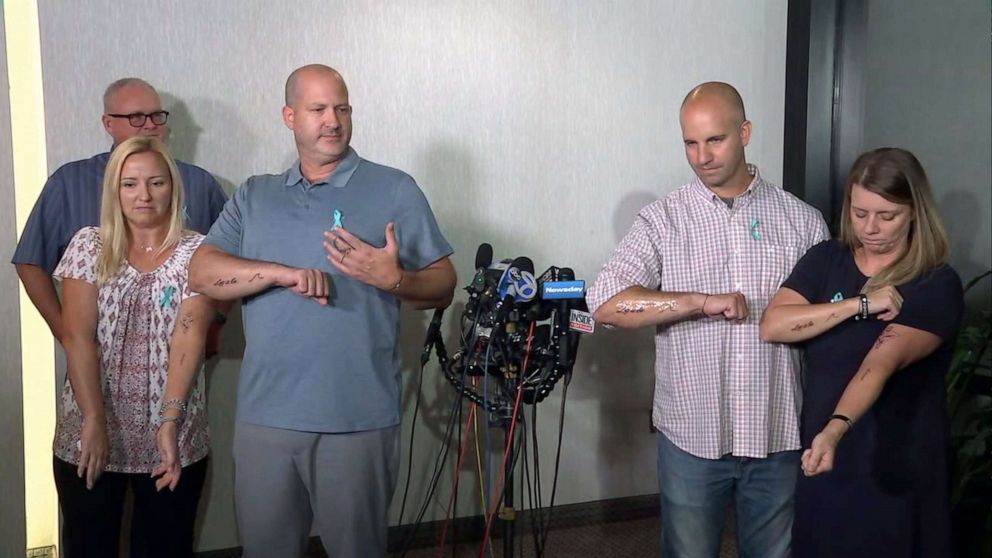 WABC
Family members of Gabby Petito exhibit tattoos they received in her memory during a press conference in Bohemia, N.Y., Sept. 28, 2021.

Last week, the Petitos announced a $100,000 donation to the National Domestic Violence Hotline through The Gabby Petito Foundation, which the family formed after her death to support victims of domestic violence.