Maurice Lester Hall was a friend of George Floyd's for more than 20 years and was a passenger in the car seen in the surveillance video just moments before Floyd died while in police custody.

Hall is now speaking out about what he witnessed in those chilling moments leading up to Floyd’s death, saying that Floyd did not resist arrest.

“They first came up on the car using blunt force and initially they startled Floyd … He asked him what they wanted him to do," Hall said. "They screaming, let me see your hands. Then he puts his hands over the front steering wheel."

He said Floyd tried to diffuse the situation.

"I can hear him and see him try to stay neutral," Hall said.

But the situation quickly escalated and police grabbed Floyd according to Hall, “handcuffs, thrown in the back of a police car, dragged back out, jumped on the back of the neck.”

Video of the incident and Floyd's death sparked international outrage. 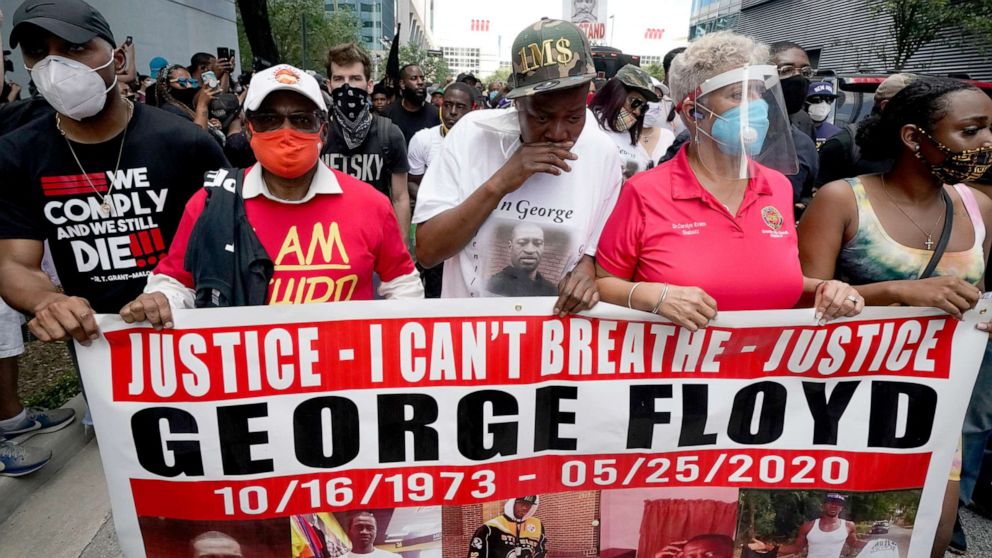 David J. Phillip/AP Photo
LaTonya Floyd, center, in hat, participates in a march to protest the death of her brother, George Floyd in Houston on Tuesday, June 2, 2020.

Police officer Derek Chauvin, 44, placed his knee on Floyd's neck for nearly nine minutes as Floyd said, "I can't breathe," before he was killed, according to the criminal complaint.

Hall says the police officers eventually dragged Floyd into an ambulance. That night, Hall said he checked county jail records to try and locate his friend. It was not until the next day that he found out that Floyd had died.

He said that he found out with the rest of the world from seeing it on social media. “It was on Facebook actually,” he said.

Those final moments of Floyd are now seared in many American's memory after the difficult to watch video aired all over the world.

“Him begging for his life, actually being scared, feeling the reaper. That's what's going to stick with me,” Hall said.

And as hundreds of thousands of people protest across the globe in Floyd’s name, Hall denounced the violent unrest but is thankful for the support,

MORE: Timeline: The impact of George Floyd's death in Minneapolis and beyond

The first of a handful of services planned to honor Floyd's life and mourn his death was held Thursday at North Central University in Minneapolis.

Two other memorial services will be held for Floyd on Saturday, June 6 in Raeford, North Carolina, the state where Floyd was born, and Houston, Texas, where Floyd had previously lived, on Monday, June 8.

A private funeral service will be held at the same location on Tuesday, June 9 at 11 a.m. local time, which former Vice President Joe Biden is expected to attend.