Stories of survival and harrowing rescues are emerging after Hurricane Ian tore through the Southwest Florida coast.

In Lee County, people banded together as Ian, which made landfall as a Category 4 hurricane on Wednesday, battered the region. Among them was a group of men in Bonita Springs who were filmed helping rescue an elderly man from a car that had become flooded in waist-high hurricane floodwaters. Video shows two of the men carrying him away from the vehicle and presumably to higher ground. 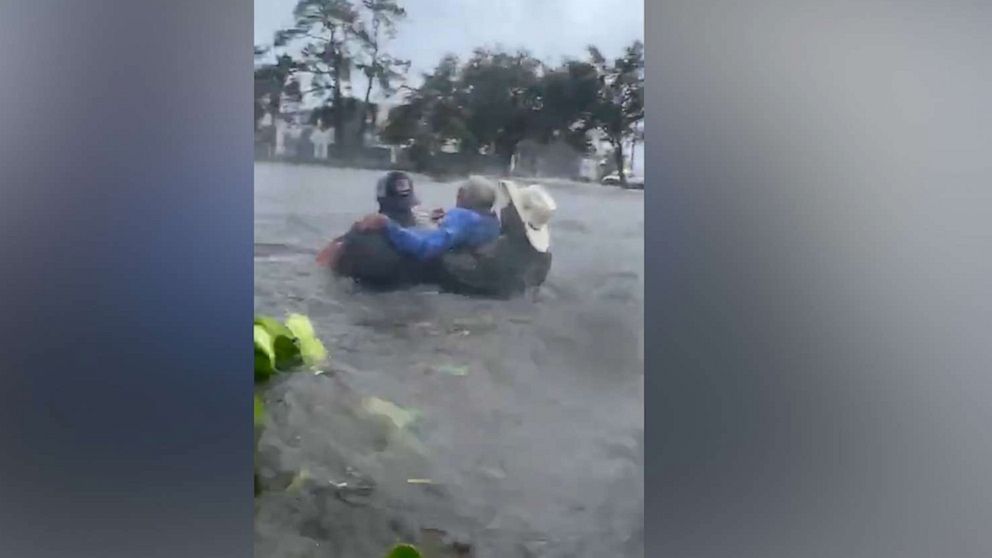 colliercountycowboys_ via Storyful
Good samaritans rescue a driver caught in floodwaters in in Bonita Springs, Fla, Sept. 28, 2022, as Hurricane Ian passed over the state.
MORE: Hurricane Ian slams Florida as a Category 4 storm

Another man was recorded Wednesday wading through rushing hurricane floodwaters to rescue a cat that had become stuck on top of an outdoor air conditioning unit in Bonita Beach.

The Naples Fire-Rescue Department also shared a video post on Facebook showing a firefighter performing a vehicle rescue in the city. The firefighter is seen wading in waist-high water toward a white vehicle before breaking a passenger window, unlocking the passenger door and then helping the stranded driver open their front door before guiding the driver out of the car with the help of a second firefighter. 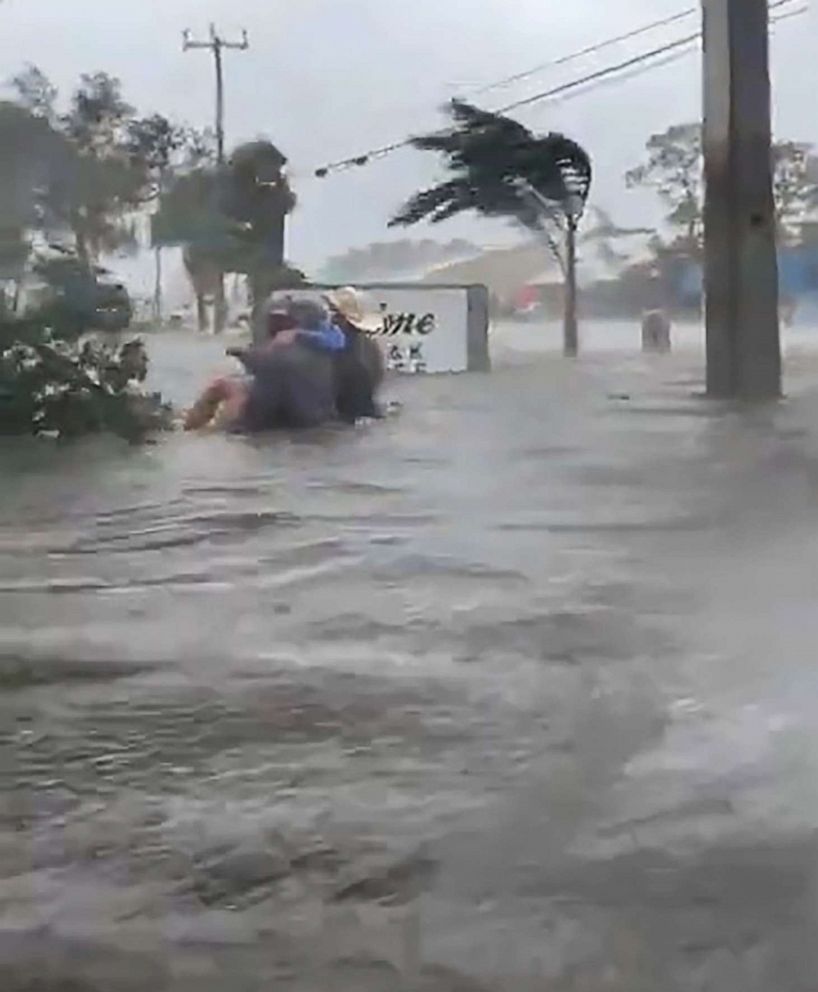 colliercountycowboys_ via Storyful
Good samaritans rescue a driver caught in floodwaters in in Bonita Springs, Fla, Sept. 28, 2022, as Hurricane Ian passed over the state.
Editor's Picks

Also in Naples, Kimberly Walker told ABC News that she was at home when storm water began flooding in, forcing her to flee.

Walker said she and her dog had to swim across the street to safety at a neighbor's house.

Entire neighborhoods have been submerged in water as a result of Hurricane Ian, with wind gusts topping 140 mph in Cape Coral, in Lee County. Storm surges have also pushed and washed away houses, cars, RVs, boats and debris, in what the National Hurricane Center described as "catastrophic flooding." At least 2 million people are reported to be without power throughout Florida as well. 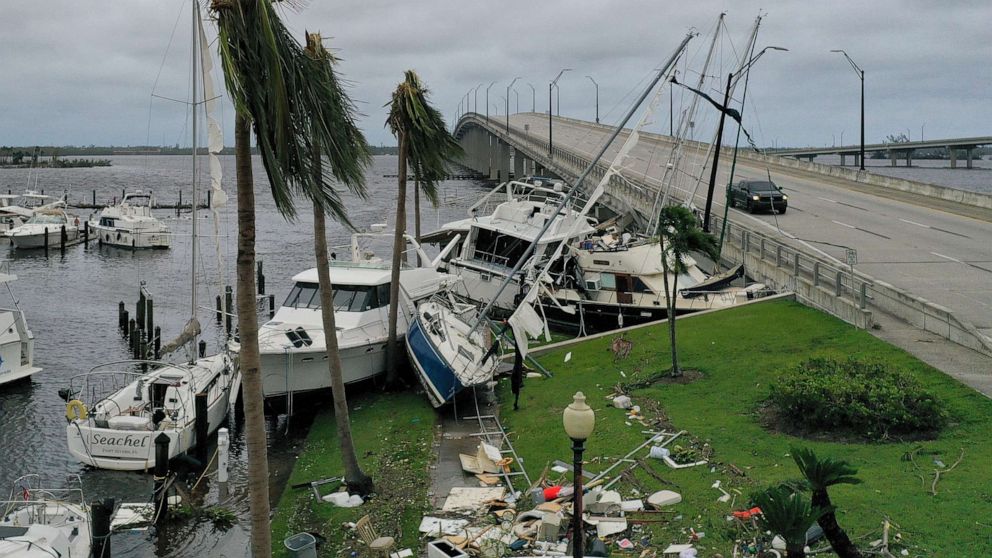 Joe Raedle/Getty Images
Boats are pushed up on a causeway after Hurricane Ian passed through the area on Sept. 29, 2022 in Fort Myers, Fla.

Lee County Sheriff Carmine Marceno said on "Good Morning America" Thursday that he suspects there may be hurricane-related fatalities.

"There are thousands of people that are waiting to be rescued," he said. "And again, cannot give a true assessment until we're actually on scene, assessing each scene -- and we can't access people, that's the problem."

"This will be a life-changing event for the men and women that are responding," he added. "They're gonna see things they've never seen before."

Overnight, Ian was downgraded to a tropical storm and traveled across Florida toward the eastern coast, leaving Orlando with the most flooding it's seen in 500 years.

After a pause in rescue efforts for safety reasons, authorities and first responders are expected to be back in the field Thursday, responding to calls and beginning the storm damage and impact assessment, as waters recede and conditions start to ease up.

"We are responding to events, drownings, again, unsure of the exact details because we are just starting to scratch the surface on this assessment," Marceno said. "We're doing everything that we possibly can ... to protect and preserve lives, and we are in full force doing that."