Former Democratic presidential candidate Hillary Clinton is staying out of her party's 2020 primary as the race narrows to a potential showdown between former Vice President Joe Biden and Sen. Bernie Sanders.

"Only 4 or 5% of the people whose views are going to be voted on have actually had a chance to express themselves so there’s a long way to go," Clinton said Tuesday on "Good Morning America," as millions of voters head to the polls to decide "Super Tuesday" races.

"Today obviously is a big day," she said. "I’m just watching and hoping that we nominate whoever is the strongest candidate to take out the current incumbent. That’s the only thing that really matters at the end of the day." 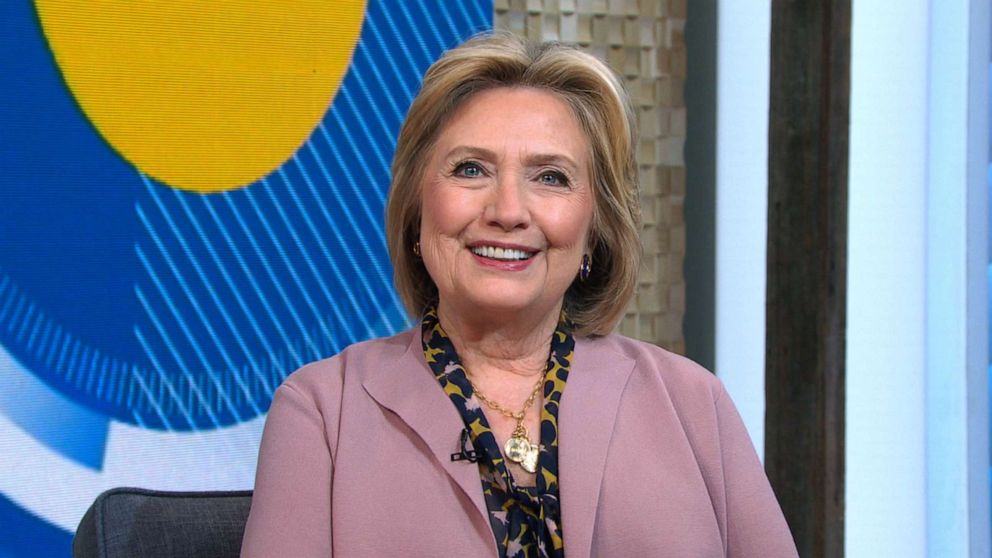 Clinton appeared on "GMA" to discuss "Hillary," a four-part docuseries on her life that premieres on Hulu later this week.

In the documentary, Clinton criticizes Sanders, whom she beat in the 2016 Democratic nomination before losing to President Donald Trump in the general election, as a "career politician."

“He was in Congress for years. He had one senator support him. Nobody likes him, nobody wants to work with him, he got nothing done,” Clinton said in the documentary. “He was a career politician. It’s all just baloney and I feel so bad that people got sucked into it.”

When asked if she still believes that about Sanders today, Clinton said she does. 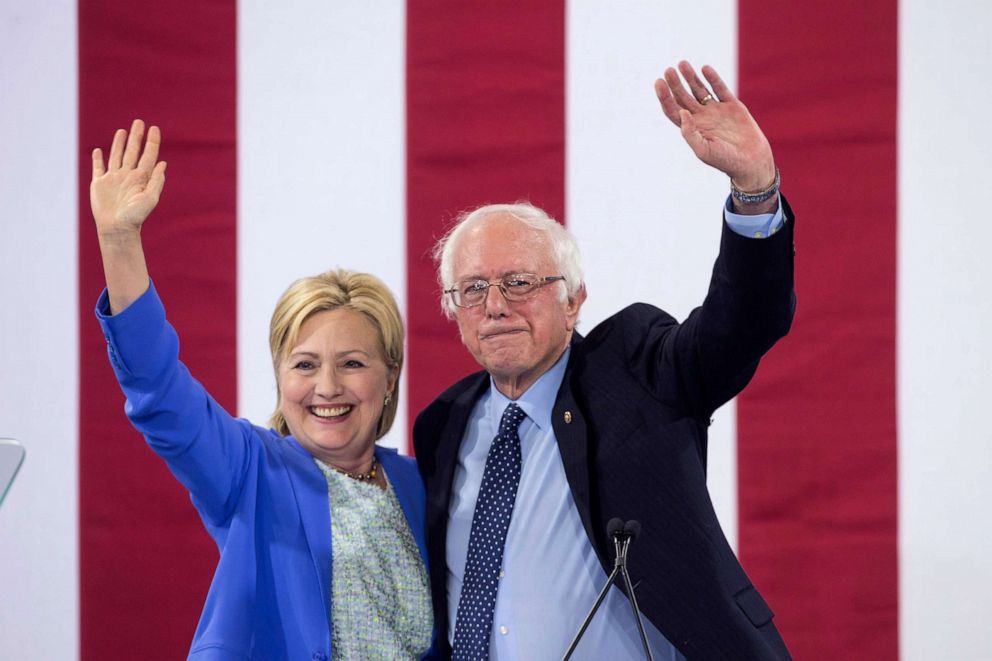 Clinton also responded to Sanders' shifting position on the number of delegates needed to win the nomination. Sanders has now said that if he makes it to the 2020 Democratic Convention with the most pledged delegates, he should be the nominee, a change in his stance from 2016.

"My reaction is let’s follow the rules," Clinton said. "We’ve got rules. We had rules last time and we have rules this time. I think it’s always a good idea to follow the rules. Everybody knew what they were when you got into it."

Clinton added that despite any differences, she wants voters to "know what can be done if they give the White House back to the Democrats," citing the work done in the U.S. House of Representatives after Democrats won the majority in the 2018 election.

She has said she will support the Democratic nominee regardless of who it is.

When it came to deciding to do the docu-series "Hillary," Clinton said she thought, "Why not tell my own story?" 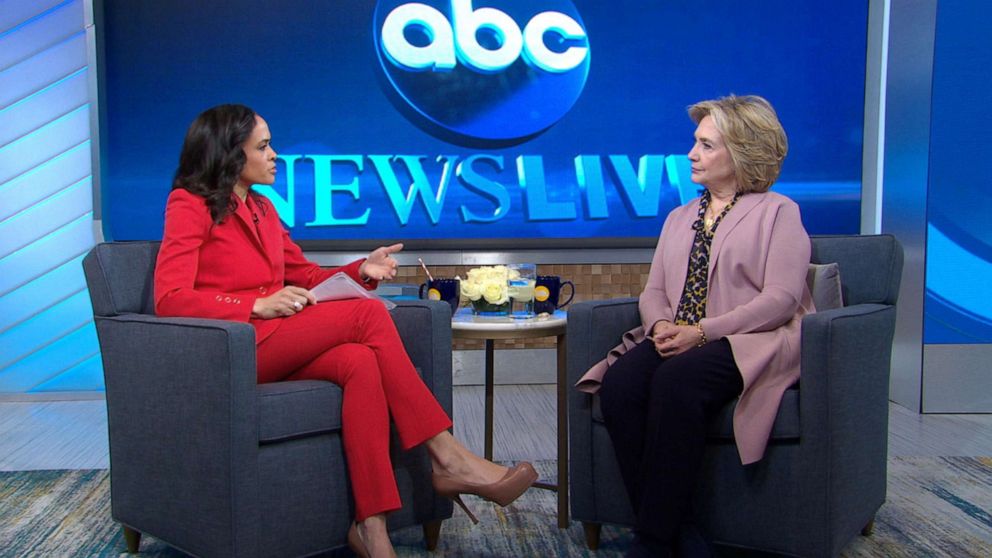 "It’s a story not only about me but really women’s lives, about politics in our country," she said of the documentary, which covers her life from childhood to the 2016 election. "You can go back 25 years and see how I tried to get universal health care for everybody and I got burned in effigy because it was so controversial, or what I said in Beijing about women’s rights being human rights, and you can tell that not only my life but the lives of many, many millions of other women are reflected in this documentary."

"That’s one of the reasons why I was excited about participating," she added.

"What I hope is that people will see a more comprehensive view of me and not a snippet here or snippet there or some wild conspiracy theory," Clinton said. "Because I came of age and I certainly came into the public eye at a time when there was so much change going on in America, you know, civil rights, women’s rights, gay rights."

"I was thrust into the role of first lady," she said of the role she assumed when her husband Bill won the presidency in 1992. "There had never been anybody with an education like mine, with a career like mine, so I was kind of put into a kind of position that nobody had ever been before. There was no guidebook." 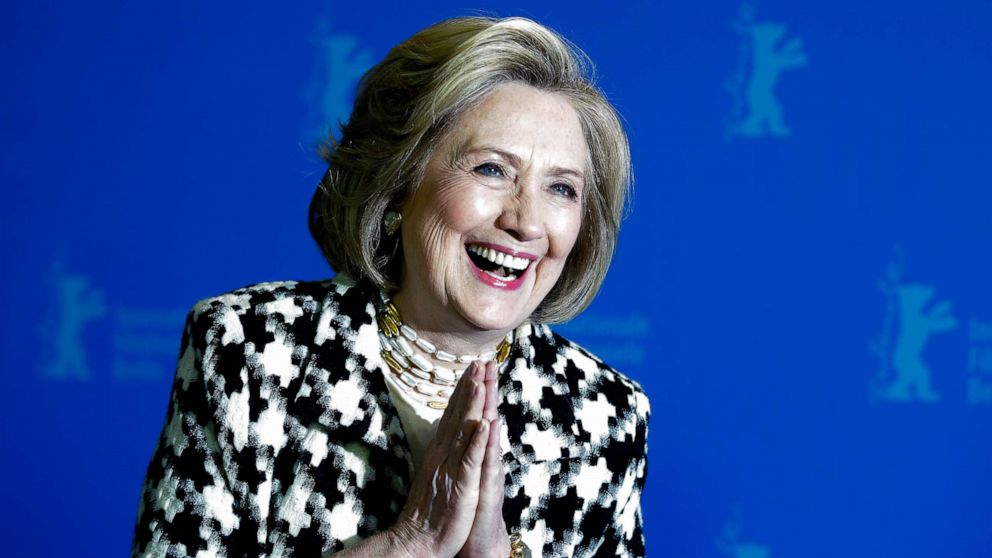 Markus Schreiber/AP, FILE
Former Secretary of State, Hillary Clinton, poses for the photographers during a photo-call for the film 'Hillary' ' during the 70th International Film Festival Berlin, Berlinale in Berlin, Feb. 25, 2020.

Clinton said she is most proud that the four-hour series tells her "complicated story" in a "really driving, compelling way."

"Hillary" premieres on Hulu on Friday.

Disney is the parent company of Hulu, ABC News and "Good Morning America."