Former U.S. senator, secretary of state and Democratic presidential nominee Hillary Clinton said one of the gutsiest things she has ever done is to stay in her marriage of nearly 44 years with former President Bill Clinton.

"I think the gutsiest thing I’ve ever done, well, personally, [is] make the decision to stay in my marriage," Clinton said Tuesday on "Good Morning America" while promoting her new book, "The Gutsy Book of Women," she wrote with her daughter, Chelsea Clinton. 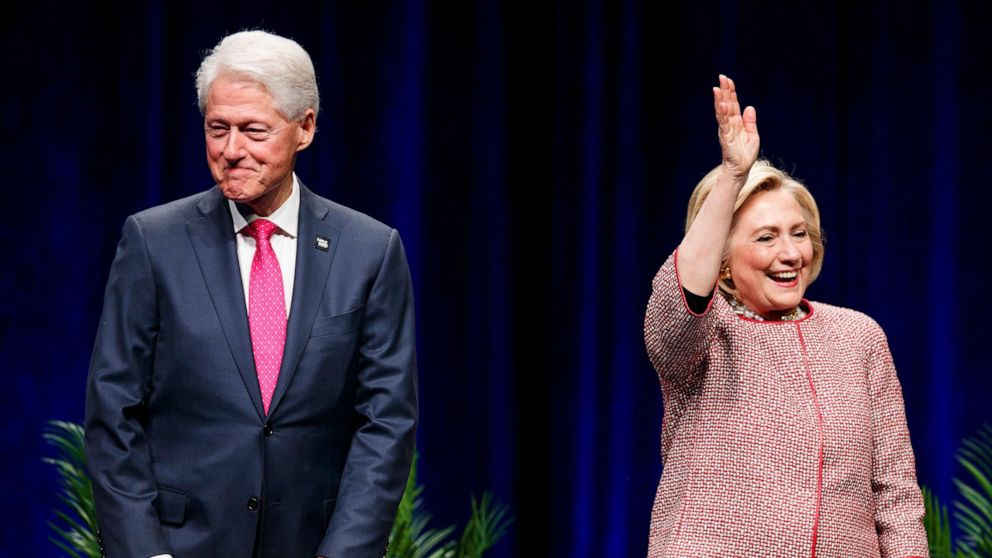 Bill Clinton's initial denial of the affair ultimately led to him being impeached by the House of Representatives in December 1998. He was acquitted of perjury and obstruction of justice by the Senate two months later and served out his second term. 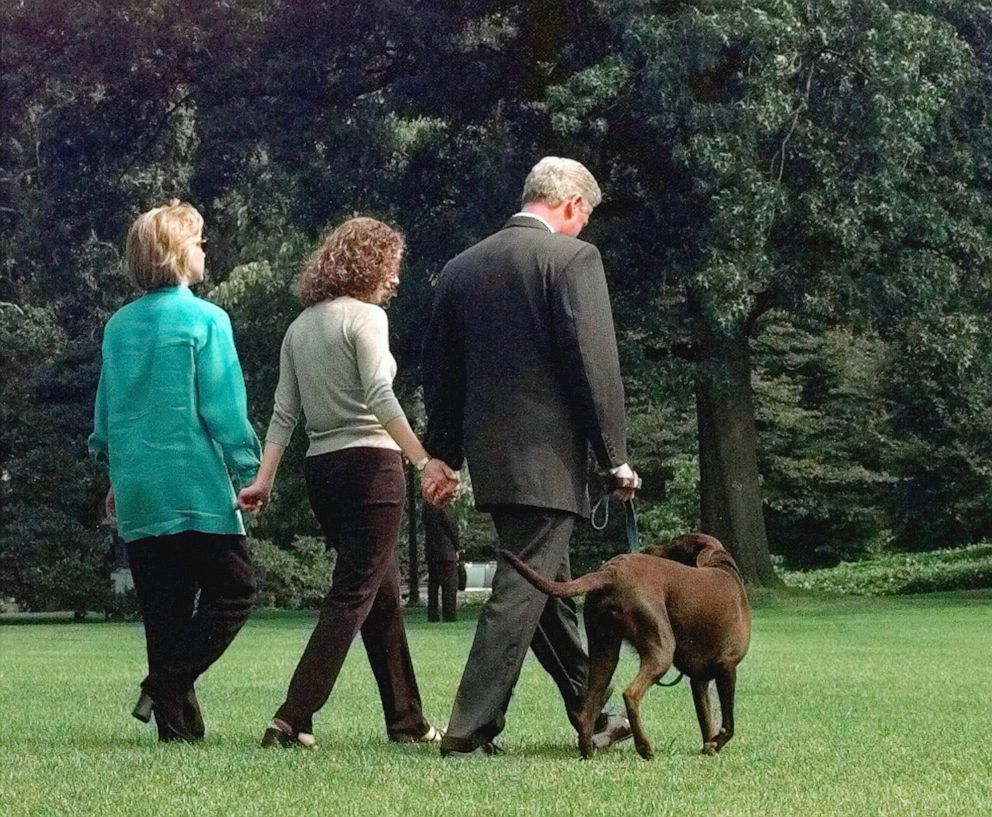 J. Scott Applewhite/AP, FILE
President Clinton, daughter Chelsea and first lady Hillary Rodham Clinton walk with their Labrador "Buddy" to board Marine One on the South Lawn of the White House in Washington, August 18, 1998.

Fast forward 20 years later, and President Donald Trump, the man to whom Clinton lost the 2016 election, is now facing an impeachment inquiry himself by the House of Representatives over a controversial July call between Trump and Ukrainian President Volodymyr Zelenskiy.

Clinton said Tuesday she does not have concerns that Democrats, led by House Speaker Nancy Pelosi, are overreaching when it comes to pursuing the impeachment inquiry of Trump.

"I think the evidence concerning Ukraine is so dramatic and irrefutable because it came right out of the White House, so let the impeach inquiry proceed," she said, referring to a transcript of the July call released by the White House. "I know that [House Democrats] will do a thoughtful, thorough job. Nobody should jump to any conclusions."

Hillary Clinton made history as the first woman to lead the presidential ticket for a major political party in the U.S. and won the popular vote against Trump but lost the Electoral College vote.

She cited that presidential race and the way she's kept moving forward since as the gutsiest moves she has made in her public life.

(MORE: Chelsea Clinton's message to women for International Women's Day: 'We have to keep going'

Chelsea Clinton responded to her mom's honest answer by saying, "Goodness, I'm so overwhelmed by my mother's answer that I'm a bit out of words. I'm just so proud to be her daughter."

The mother-daughter duo's new book profiling the gutsy, and often unsung, women of history stems from an ongoing conversation they have had since Chelsea, now a mom of three, was born. 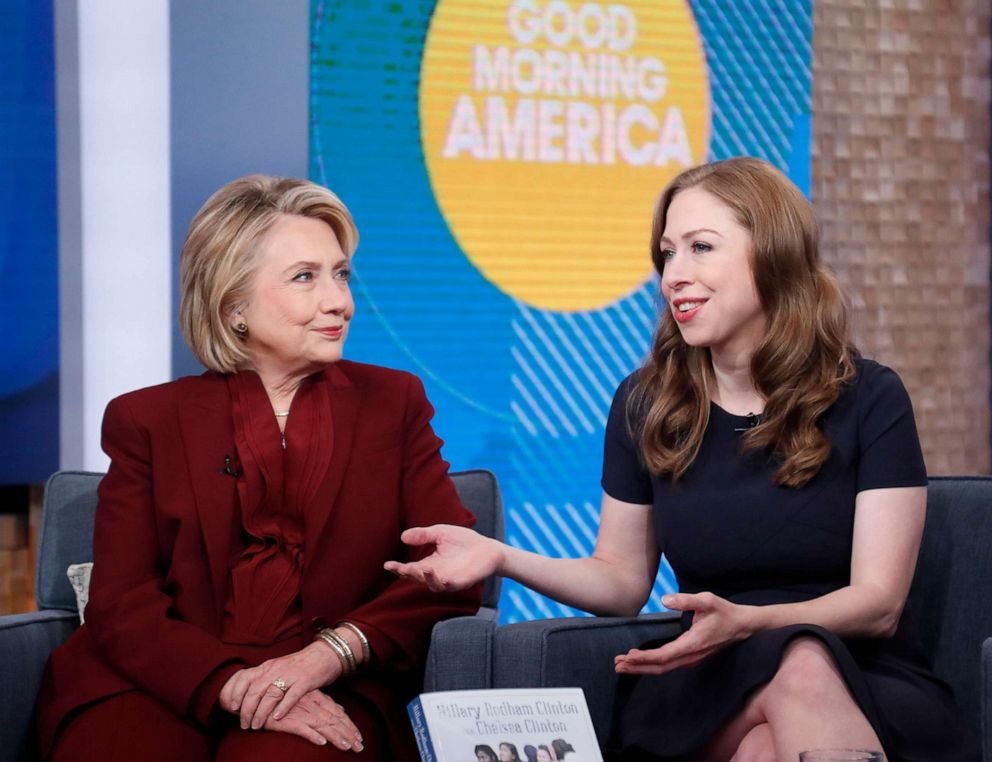 "We’ve been talking about women who inspire us our whole lives together," said Hillary Clinton.

"Some of my earliest memories are my mother talking about women who inspired her, some fictional, like Nancy Drew, and some very real like Shirley Chisholm and Geraldine Ferraro," said Chelsea Clinton. "So in many ways it’s just a continuation of that conversation."

One of the women the mom and daughter feature in their book is former first lady Betty Ford, who famously went public with her breast cancer diagnosis during her husband Gerald Ford's presidency.

"When I was a young girl my mother’s best friend who lived across the street got breast cancer and nobody would talk about it," Hillary Clinton said. "It was not until Betty Ford courageously, with a lot of guts, not only had her mastectomy but had herself photographed in the hospital room with her husband, then-President Ford, by her side and went on to talk about it and I really believe saved so many lives."