Standing in his presence for the first time, Monica Lewinsky, then a young White House intern, was immediately taken with President Bill Clinton.

"I was struck in a way that he had this ability to hold everybody that was there -- not just young women, not just older women -- but young men, older men, gay, straight, everybody is sort of starry eyed in his presence. ... I kind of have to laugh at my younger self, but that is when my crush started."

Lewinsky has always been reticent to publicly discuss her affair with the president -- a scandal that rocked the world in the mid-'90s -- but she shared some of the details of how she fell for Clinton in a new six-part documentary, "The Clinton Affair," premiering Nov. 18 on A&E. 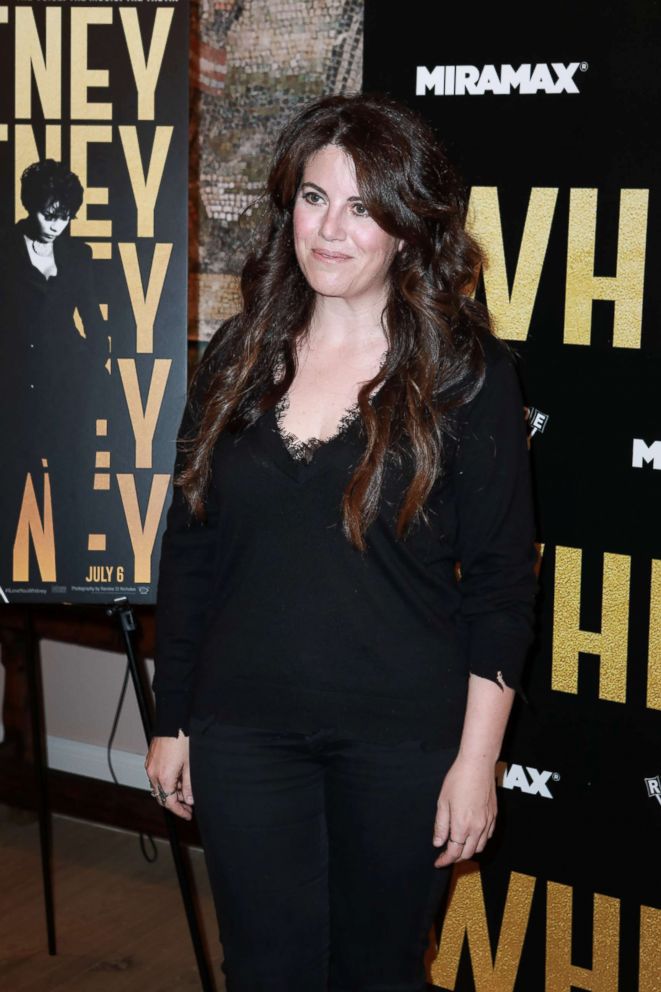 The documentary traces the events leading up to Clinton's impeachment trial, but much of the focus centers around his fateful relationship with the then-White House intern. Lewinsky, now 45, reflected back on her thoughts and feelings during intimate moments with the former president.

"I don't talk about this very often, and I still feel uncomfortable talking about it because I think it's one of those things where it's not as if it didn't register with me that he was the president. Obviously it did," she said. "But I think in one way, the moment we were actually in the back office for the first time the truth is that I think it meant more to me that someone who other people desired, desired me. However wrong it was, however misguided, for who I was in that very moment, at 22 years old, that is how it felt."

Lewinsky also talked about the first two times the president noticed her, and the third time -- a very deliberate decision on her part.

"When the opportunity arose to attend a departure ceremony or some of the other events -- I did," she said. "The first time he sort of seemed on autopilot so my crush kind of waned a bit. The second time was different. ... He, you know, paid a lot of attention to me. He spent time sort of standing there and holding my hand a little longer than he should have and gave what others have described as 'the full Bill Clinton.' ... It feels as if you're the only person standing there.

"The next day we had a surprise party for Bill on the South Lawn that the staff was having," she continued. "I did this really silly thing -- I ran home at lunchtime and put on the same sage green suit I was wearing the day before when he paid attention to me. I thought maybe he will notice me again. And notice me he did."

News broke of Lewinsky's affair with the president in January 1998, though she says the relationship took place from 1995 to 1997. Clinton famously declared in a national TV address he "did not have sexual relations with that woman." 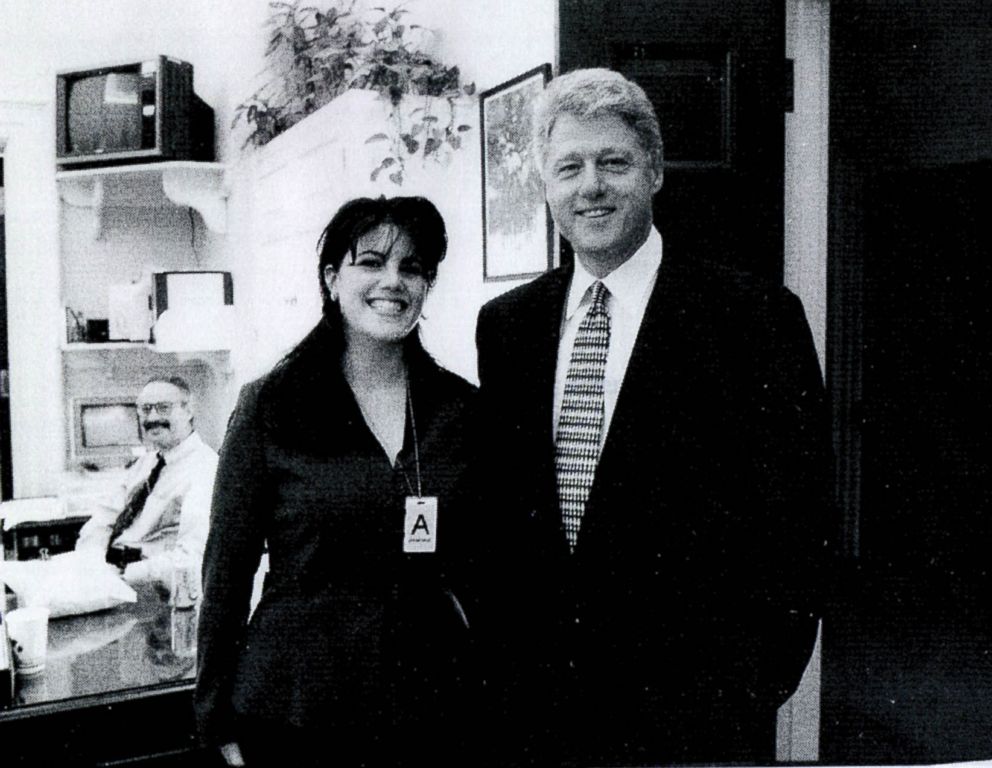 But the FBI had already begun interviewing Lewinsky, who had denied having a sexual relationship with Clinton in testimony provided to investigators looking into an alleged affair he had with Paula Jones while governor of Arkansas. Eventually the truth came out.

"In order to cooperate and to avoid charges I would have to make phone calls, monitored phone calls they would record, and I'd have to wear a wire and go see people actually in person," Lewinsky said. "The ground completely crumbled in that moment. I felt so much guilt -- and I was terrified."

As the investigation drew on, Lewinsky said she even contemplated suicide.

"I would be hysterically crying and then I'd just shut down," she said of the FBI questioning. "And in the shut-down period I remember looking out the window and thinking the only way to fix this was to kill myself -- was to jump out the window. I felt terrible. I was scared and was mortified and afraid of what this was going to do to my family. You know I was still in love with Bill at the time so I felt really responsible."

Clinton was impeached by the House of Representatives in December 1998, but acquitted of perjury and obstruction of justice by the Senate two months later. 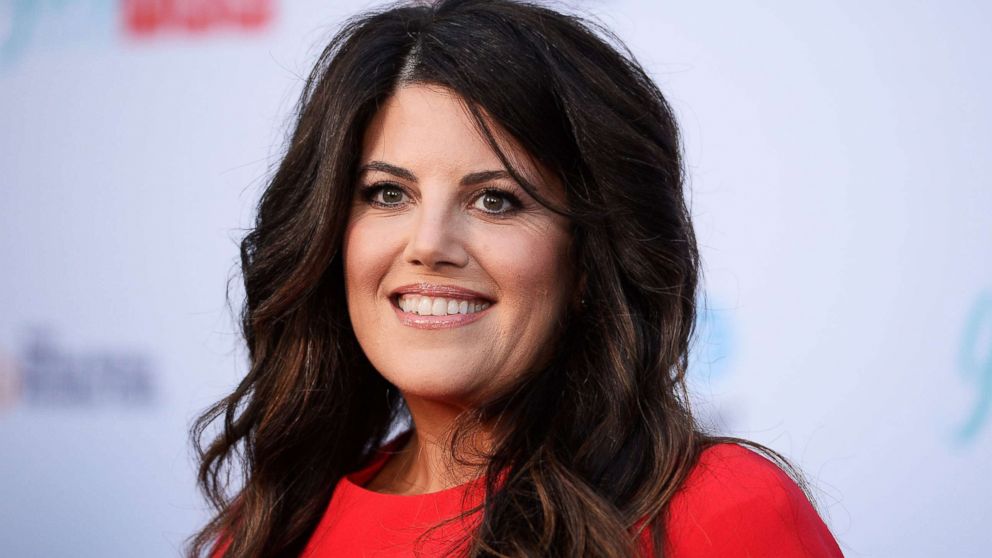 Going back through the scandal 20 years later has been painful for Lewinsky, who has recently returned to the spotlight in a campaign against cyberbullying.

"Do I wish I could erase my years in D.C. from memory, 'Eternal Sunshine of the Spotless Mind'-style? Well, is the sky blue? But I can’t. And in order to move forward in the life I have, I must take risks -- both professional and emotional," Lewinsky wrote in an op-ed for Vanity Fair published on Tuesday.

"An important part of moving forward is excavating, often painfully, what has gone before," she wrote.

"Yes, the process of filming has been exceedingly painful," she continued. "But I hope that by participating, by telling the truth about a time in my life -- a time in our history -- I can help ensure that what happened to me never happens to another young person in our country again."

A&E is a joint venture between Hearst Communications and Disney–ABC Television Group, a unit of The Walt Disney Company, the parent company of ABC News.