In August, Annabell Guadalupe Rodriguez came home from her first day of fourth grade at Robb Elementary School and told her mom about a boy.

She said the boy, Xavier James Lopez, smelled and dressed "really nice," her mother recalled -- and within weeks, the two began passing notes in class. Months later, when the weather warmed, their families got together for weekend barbecues, where Annabell and Xavier would play tag.

Their mothers, Monica Gallegos and Felicha Martinez, soon discovered the children were texting each other "I love you" at bedtime. "Me and Felicha would laugh, like, 'How do y'all know about love?'" Gallegos told ABC News.

By spring, Annabell had a picture of Xavier strung around her neck, a gift from Martinez. She put it on for all of his little league games. Other times, she kept it safely in her backpack. 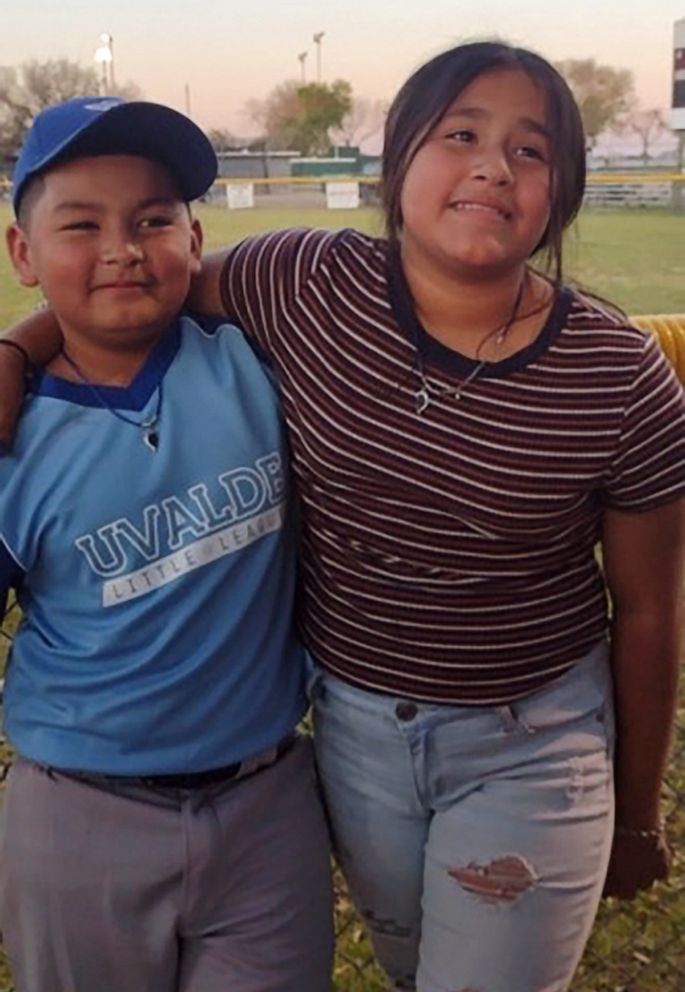 On the morning of May 24, Annabell and Xavier posed for pictures at an awards ceremony in the school cafeteria. Xavier beamed. He had made the honor roll for the first time. Perhaps Annabell's smarts had rubbed off on him, her mom had joked.

Martinez snapped a photo and the kids ran back to class. 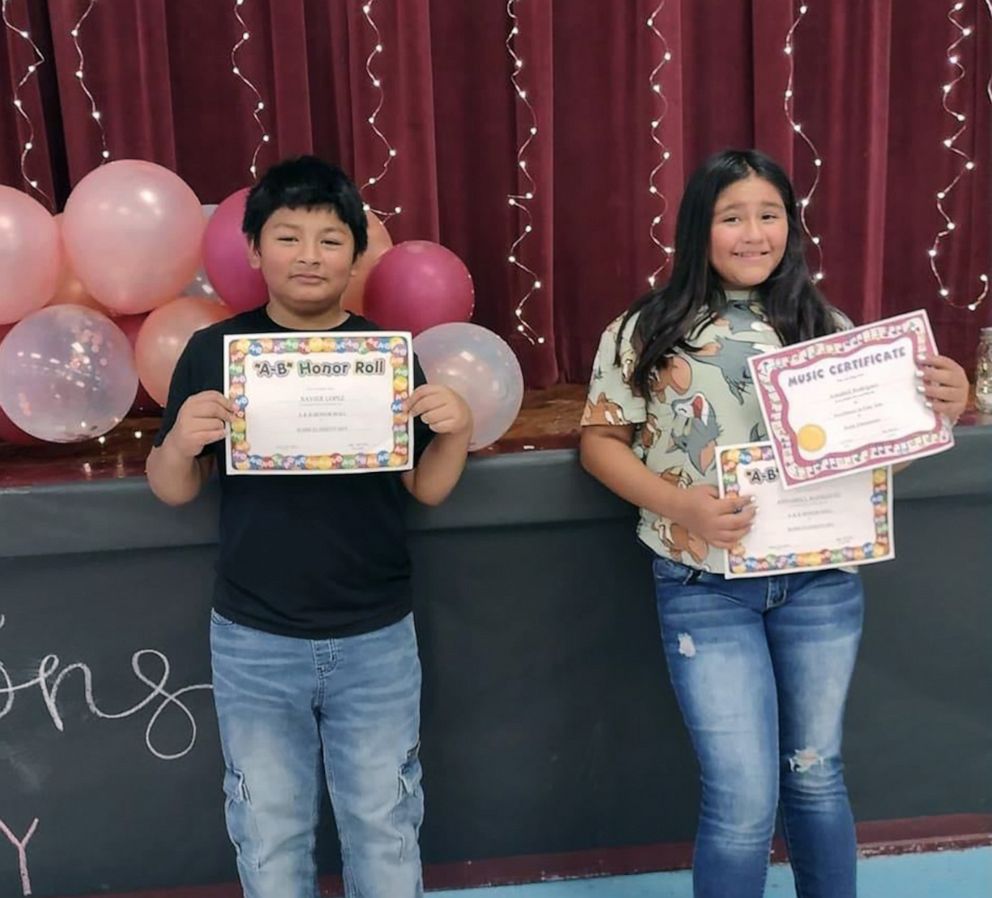 Courtesy Cecily Saenz
Xavier Lopez, left, poses with his honor roll certificate at Uvalde Elementary School with his girlfriend and classmate Annabell Guadalupe Rodriguez, on May 24, 2022, the day of the shooting.
MORE: 9-year-old Ellie Garcia to be laid to rest in Uvalde

About an hour later, a gunman walked into a classroom and killed 19 students and two teachers. Xavier and Annabell were among them.

The two children will be buried this week at Hillcrest Cemetery in Uvalde, Texas. Martinez and Gallegos made the decision to have their 10-year-olds buried side by side.

"I'm not ready," Gallegos said over the weekend, as she made the final preparations for her daughter's funeral, which will be held today. Xavier's funeral was held yesterday. 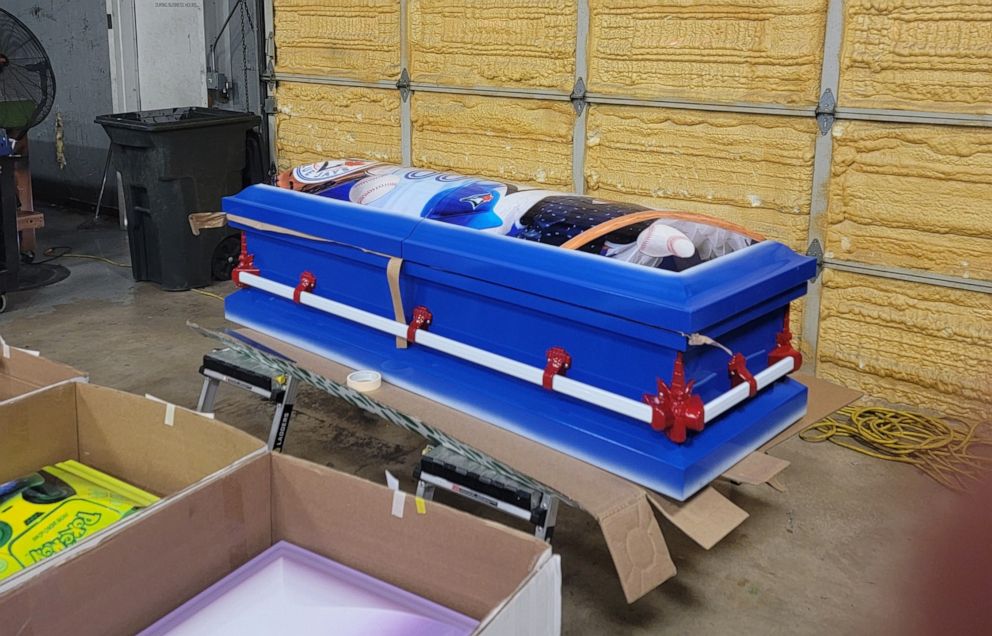 SoulShine Industries
The custom designed casket for Uvalde Elementary School shooting victim, Xavier Lopez, features a Toronto Blue Jays logo because that was the name of his little league team and he loved baseball and the color royal blue.

Though she did not remember it, Annabell first met Xavier when the two were toddlers. Her grandfather and great-grandmother had lived at a trailer park in Uvalde where Xavier also used to live -- and when Annabell went to visit, the two often played outside together.

Their moms remembered this years later, when Annabell found her way back to Xavier at Robb Elementary. "She had this big old crush on him," Gallegos said.

MORE: Parkland, Columbine, Sandy Hook counselors on what happens after a school shooting

Most people were drawn to Xavier, said his grandmother, Amelia Sandoval. At age 7, he had learned to make his father's signature hot salsas, and sold them to family and friends. The money he earned went toward buying toys from Dollar General for his little brothers. 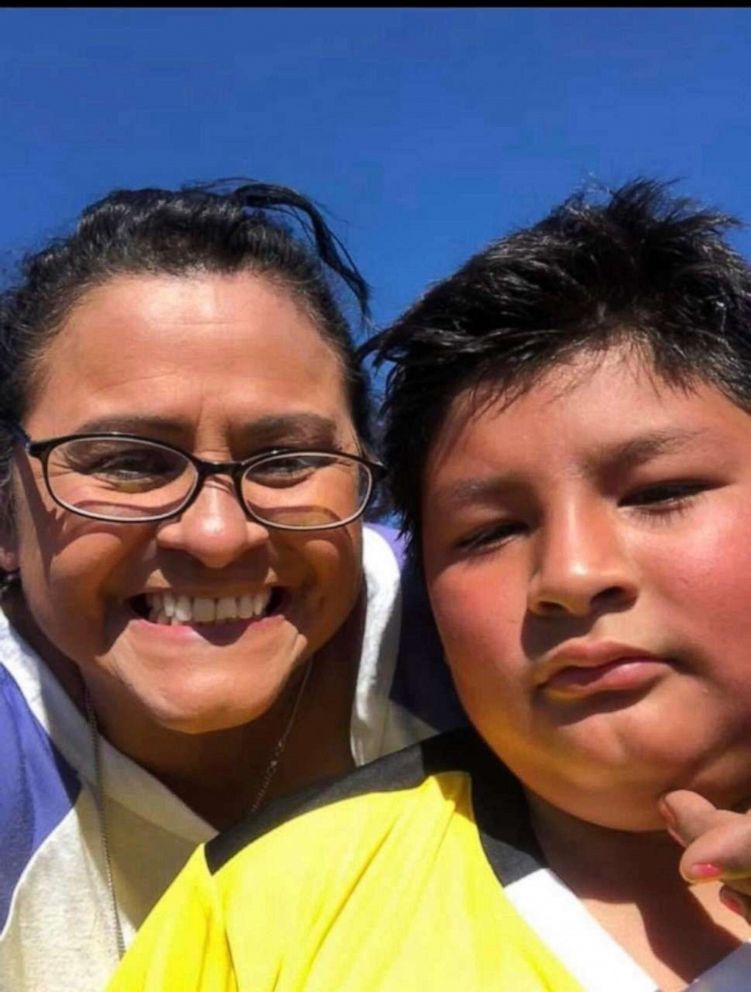 Sandoval said her grandson was also an energetic prankster who loved to dance Cumbia. When Sandoval's husband sat out during the South Texan partner dance, it was always Xavier who would step in. "He had lots of energy to keep up with G-mom," she said. 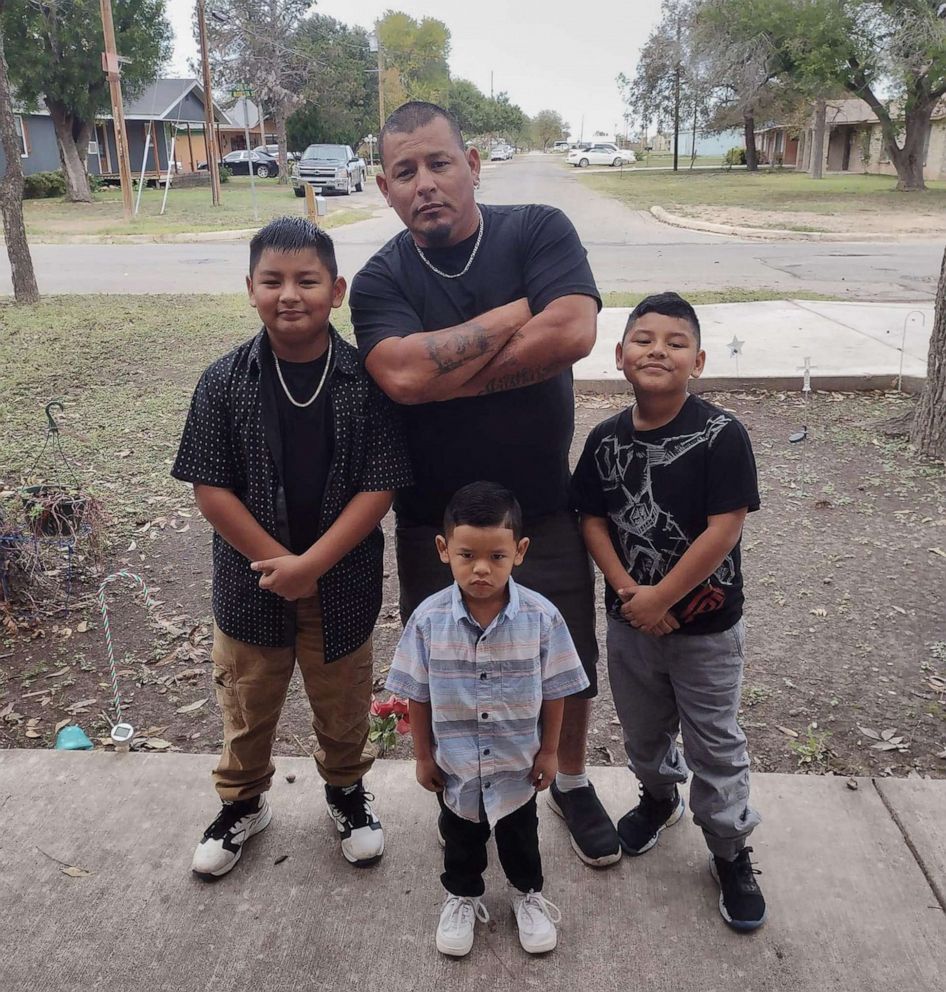 Annabell lived with her mom, her two sisters, her pet chihuahua, Bailey, and her grandmother, Lucy Gallegos. She would often spend evenings painting her grandmother's nails and braiding her hair. During the summer, the family would drive to the banks of the Nueces and Frio rivers and sell hot dogs. Annabell was tasked with running the snow cone machine.

She and her family would also talk about their faith, Gallegos said. Annabell began each morning by thanking God for another day.

Everyone at school knew about Annabell and Xavier, Gallegos said -- even their teacher, Arnulfo Reyes. 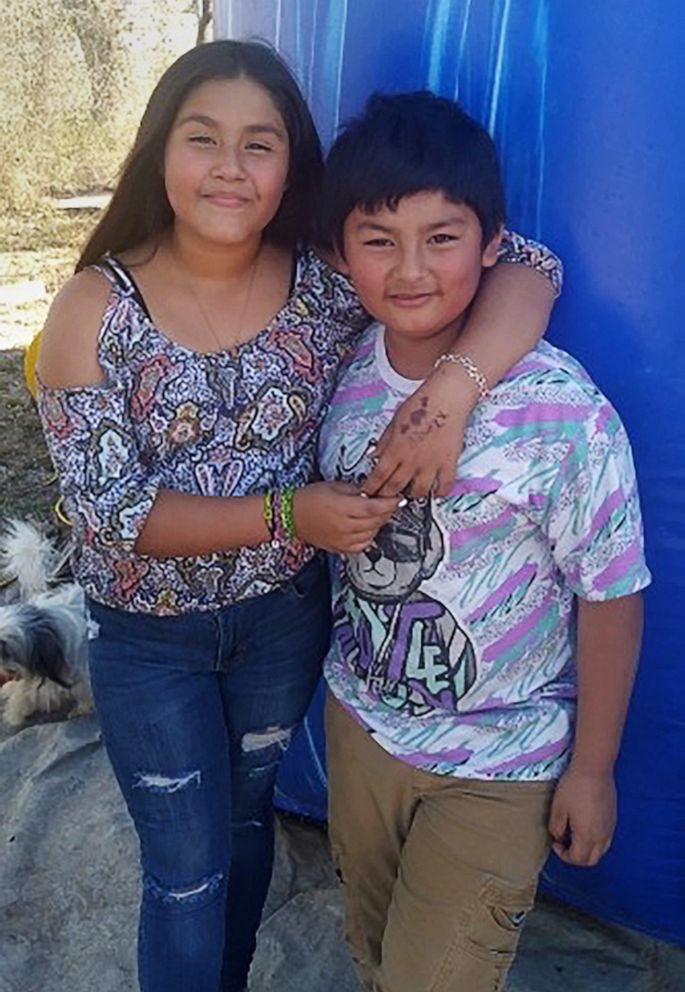 Reyes, who is still recovering from his own gunshot wounds, lost all 11 of his students in room 111 on the day of the shooting, including Xavier and Annabell.

"He would make things for her, he would write notes for her," Reyes said from his hospital bed. "It brings a smile to your face just to think they really loved each other."