Editor's Note: This story has been updated to reflect comment from the Pentagon.

As far back as late November, U.S. intelligence officials were warning that a contagion was sweeping through China’s Wuhan region, changing the patterns of life and business and posing a threat to the population, according to four sources briefed on the secret reporting.

Concerns about what is now known to be the novel coronavirus pandemic were detailed in a November intelligence report by the military's National Center for Medical Intelligence (NCMI), according to two officials familiar with the document’s contents.

The report was the result of analysis of wire and computer intercepts, coupled with satellite images. It raised alarms because an out-of-control disease would pose a serious threat to U.S. forces in Asia -- forces that depend on the NCMI’s work. And it paints a picture of an American government that could have ramped up mitigation and containment efforts far earlier to prepare for a crisis poised to come home.

"Analysts concluded it could be a cataclysmic event," one of the sources said of the NCMI’s report. "It was then briefed multiple times to" the Defense Intelligence Agency, the Pentagon’s Joint Staff and the White House. Wednesday night, the Pentagon issued a statement denying the "product/assessment" existed.

From that warning in November, the sources described repeated briefings through December for policy-makers and decision-makers across the federal government as well as the National Security Council at the White House. All of that culminated with a detailed explanation of the problem that appeared in the President’s Daily Brief of intelligence matters in early January, the sources said. For something to have appeared in the PDB, it would have had to go through weeks of vetting and analysis, according to people who have worked on presidential briefings in both Republican and Democratic administrations.

"The timeline of the intel side of this may be further back than we’re discussing," the source said of preliminary reports from Wuhan. "But this was definitely being briefed beginning at the end of November as something the military needed to take a posture on." 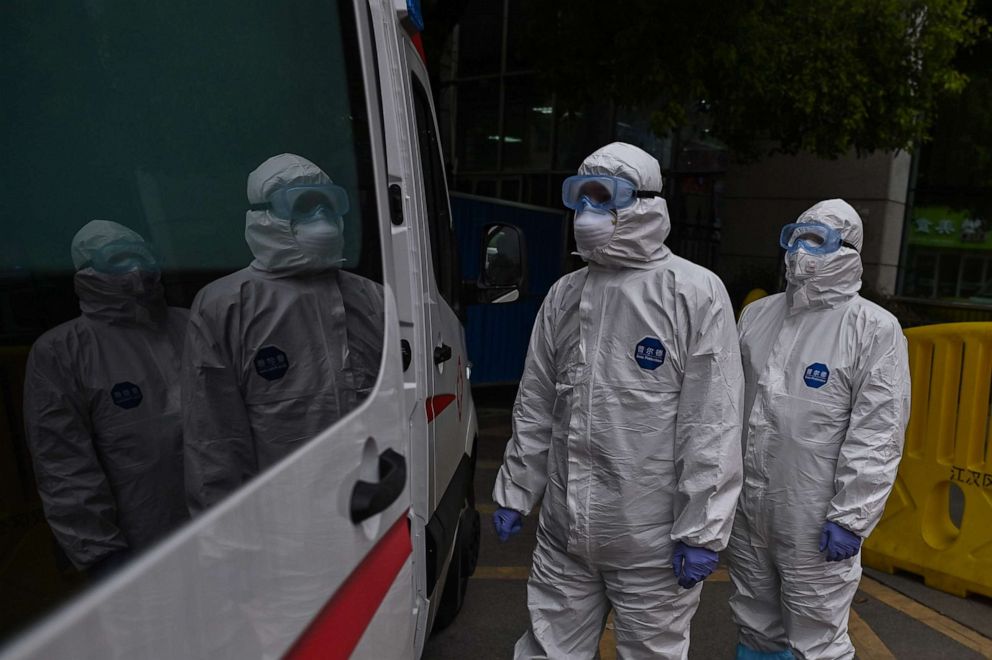 The NCMI report was made available widely to people authorized to access intelligence community alerts. Following the report’s release, other intelligence community bulletins began circulating through confidential channels across the government around Thanksgiving, the sources said. Those analyses said China’s leadership knew the epidemic was out of control even as it kept such crucial information from foreign governments and public health agencies.

Mulroy, who previously served as a senior official at the CIA, said NCMI does serious work that senior government leaders do not ignore.

"Medical intelligence takes into account all source information -- imagery intelligence, human intelligence, signals intelligence," said Mulroy, who hasn't seen the reporting. "Then there’s analysis by people who know those specific areas. So for something like this to have come out, it has been reviewed by experts in the field. They’re taking together what those pieces of information mean and then looking at the potential for an international health crisis."

NCMI is a component of the Pentagon's Defense Intelligence Agency. Together, the agencies’ core responsibilities are to ensure U.S. military forces have the information they need to carry out their missions -- both offensively and defensively. It is a critical priority for the Pentagon to keep American service members healthy on deployments.

Asked about the November warning last Sunday on ABC’s "This Week," Defense Secretary Mark Esper told Chief Anchor George Stephanopoulos, "I can't recall, George. But we have many people who watch this closely. We have the premier infectious disease research institute in America, within the United States Army. So, our people who work these issues directly watch this all the time."

Pressing the secretary, Stephanopoulos asked, "So, you would have known if there was briefed to the National Security Council in December, wouldn't you?"

.@Gstephanopoulos: "Did the Pentagon receive an intelligence assessment on COVID in China last November from the National Center for Medical Intelligence?"

Defense Sec. Mark Esper: "I can’t recall, George, but we have many people that watch this closely." https://t.co/d9XlhTygln pic.twitter.com/E89i7DjF4t

The Pentagon did not comment Tuesday, but on Wednesday evening following the publication of this report, the Defense Department provided a statement from Col. R. Shane Day, Director of the NCMI.

"As a matter of practice the National Center for Medical Intelligence does not comment publicly on specific intelligence matters. However, in the interest of transparency during this current public health crisis, we can confirm that media reporting about the existence/release of a National Center for Medical Intelligence Coronavirus-related product/assessment in November of 2019 is not correct. No such NCMI product exists," the statement said.

The White House National Security Council and the Office of the Director of National Intelligence declined to comment.

Critics have charged the Trump administration with being flat-footed and late in its response to a pandemic that, after sweeping through Wuhan and then parts of Europe, has now killed more than 12,000 in the U.S.

For his part, President Donald Trump has alternated between taking credit for early action and claiming that the coronavirus was a surprise to him and everyone else. He has repeatedly touted his Jan. 31 decision to restrict air travel with China, but at the same time, he spent weeks telling the public and top administration officials that there was nothing for Americans to fear. 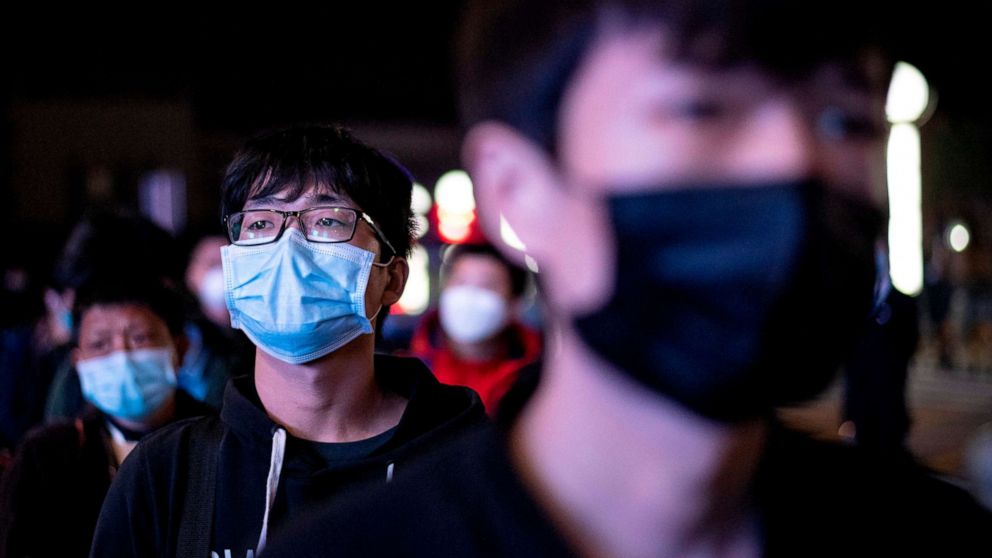 Noel Celis/AFP via Getty Images
Passengers wear facemasks as they form a queue at the Wuhan Wuchang Railway Station in Wuhan, early April 8, 2020, as they prepare to leave the city in China's central Hubei province.

As late as Feb. 19, Trump was offering positive reviews for the way China’s leaders had handled the coronavirus.

"I'm confident that they're trying very hard," Trump told an interviewer from Fox 10 in Phoenix. "They're working it -- they built, they built a hospital in seven days, and now they're building another one. I think it's going to work out fine."

It was not until March 13 when Trump declared a national emergency and mobilized the vast resources of the federal government to help public-health agencies deal with the crisis that was poised to crash on to the homeland.

If it were true that America’s spy agencies were caught that off guard, one intelligence official told ABC News, "that would be a massive intel failure on the order of 9/11. But it wasn’t. They had the intelligence."

ABC News contributor John Cohen, who used to oversee intelligence operations at the Department of Homeland Security, said even the best information would be of no use if officials do not act on it.

"When responding to a public health crisis or any other serious security threat, it is critical that our leaders react quickly and take steps to address the threat identified in the intelligence reporting," said Cohen, the former acting undersecretary of DHS. "It’s not surprising to me that the intelligence community detected the outbreak; what is surprising and disappointing is that the White House ignored the clear warning signs, failed to follow established pandemic response protocols and were slow to put in place a government-wide effort to respond to this crisis."