Johnson & Johnson is voluntarily recalling around 33,000 bottles of baby powder after traces of asbestos were found, the company announced Friday.

The contamination was found in a single bottle of Johnson's baby powder purchased from an online retailer, prompting the lot, or around 33,000 bottles, to be recalled, the company said.

(MORE: Blood pressure medication recall: What you need to know)

The amount of asbestos found was considered a "sub-trace level" (no greater than 0.00002%), but the company issued the recall "out of an abundance of caution." 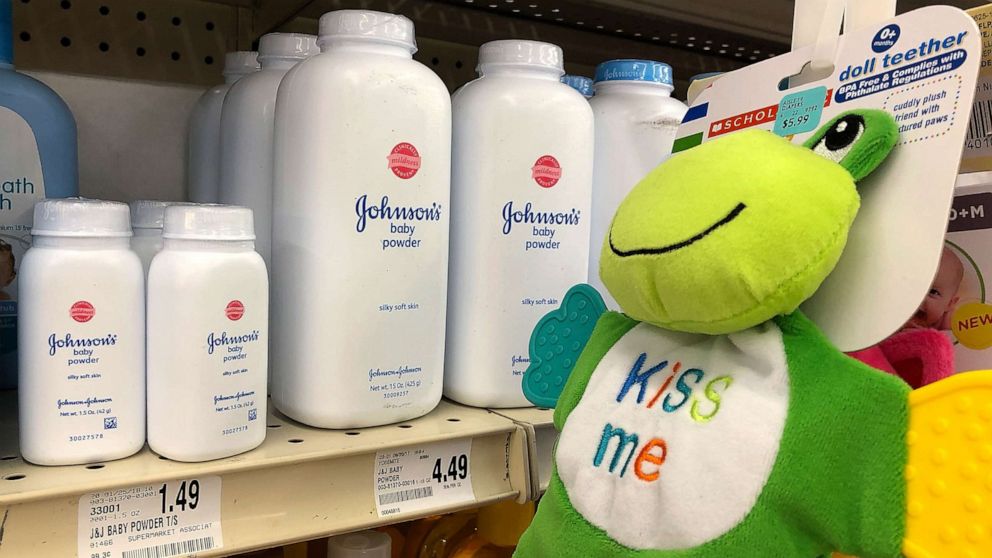 Justin Sullivan/Getty Images, FILE
Containers of Johnson's baby powder made by Johnson and Johnson are displayed on a shelf on July 13, 2018 in San Francisco, Calif.

Johnson & Johnson says it is working with the Food and Drug Administration to investigate how the bottle became contaminated.

Two previous tests, one as recently as last month, found no asbestos, the company said.

Exposure to asbestos can cause mesothelioma, a rare but fatal cancer that targets the lining of the lungs.

Anyone who purchased a bottle of Johnson's Baby Powder Lot #22318RB is advised to not use the product.