In her first remarks as vice president-elect of the United States, Kamala Harris offered an inspirational message to America's women, and more specifically, Black women.

"While I may be the first woman in this office, I will not be the last. Because every little girl watching tonight sees that this is a country of possibilities," Harris said.

During those remarks, she reflected on the Black women who paved the way for her historic ascent, referring to Black women as the "backbone of our democracy."

Harris' historic nomination and election will give way to a new generation of Black female leaders in politics, argued Nadia Brown, a political science professor at Purdue University.

"What this symbolically shows is that she is there, she belongs and because of that, generations of other people that have been marginalized also belong," said Brown. 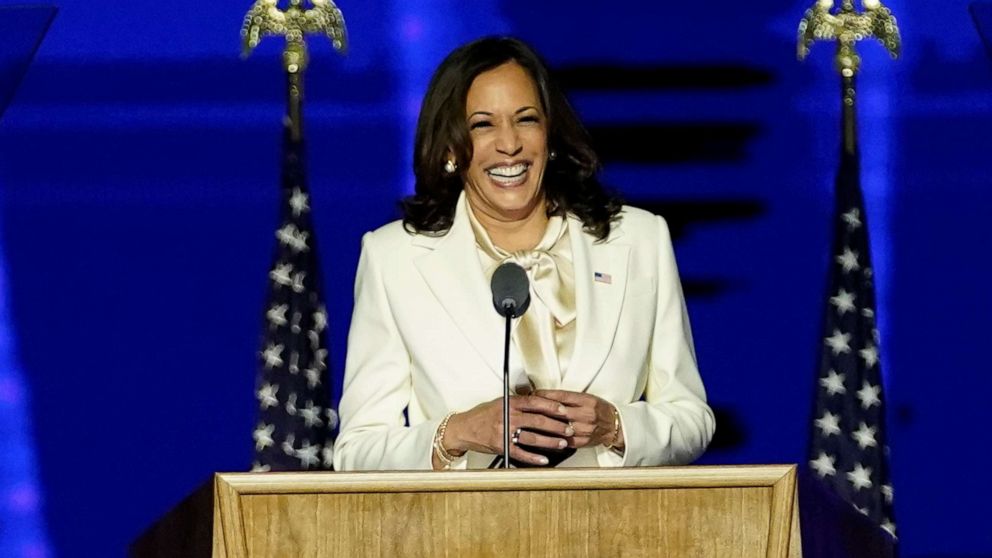 Andrew Harnik/Pool via Reuters
Democratic vice-presidential nominee Kamala Harris smiles as she speaks to supporters at a election rally, after news media announced that Biden has won the presidential election, in Wilmington, Del., Nov. 7, 2020.

It's a sentiment echoed by Glynda Carr, the CEO and founder of Higher Heights, a political action committee formed to help Black women who reach elected office.

"She has forever changed how you campaign, how you show up as your authentic self in bringing all your multiple identities to a campaign," said Carr. "That, I think, will translate not only for future presidential and VP runs, but certainly I think how women will show up as candidates for local offices as well."

Since her nomination, Harris campaigned almost exclusively to communities of color, highlighting her Indian and Jamaican heritage, her historically Black university alma mater and membership in the historically Black Alpha Kappa Alpha Sorority, Inc. Harris did so in the face of attacks from the right, including the constant and often deliberate mispronunciation of her name.

"When you are a public figure, especially when you're a woman, a Black woman who is a public figure, you expect it," said Sharon Wright Austin, a political science professor at the University of Florida. "And you have a special kind of strength, that helps you to not focus on the trolls, but to focus on the people who wish you well." 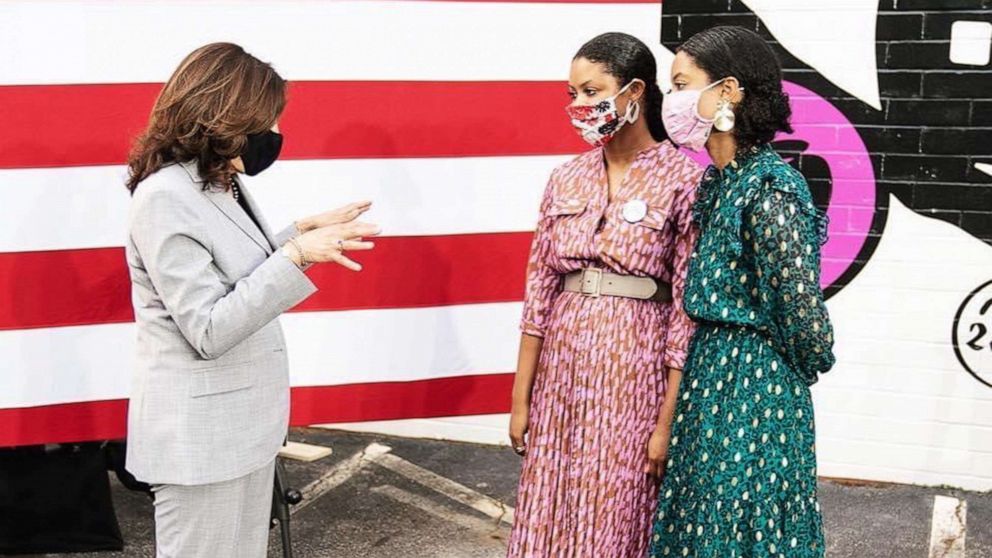 "She said there are going to be many places and spaces that we're going to enter into that there's not going to be anyone like the two of us, but she said to always remember our power as strong, intelligent Black women," Sanders told ABC News. "And so you know I thanked her for it, but I couldn't honestly thank her enough."

That conversation, Sanders said, has reinforced her desire to pursue politics.

"The words that she spoke were not just words, but they actually have an impact and a meaning because they keep me going on the hard days; they keep me grounded and they help to remind me of what is possible and what my potential is," said Sanders. 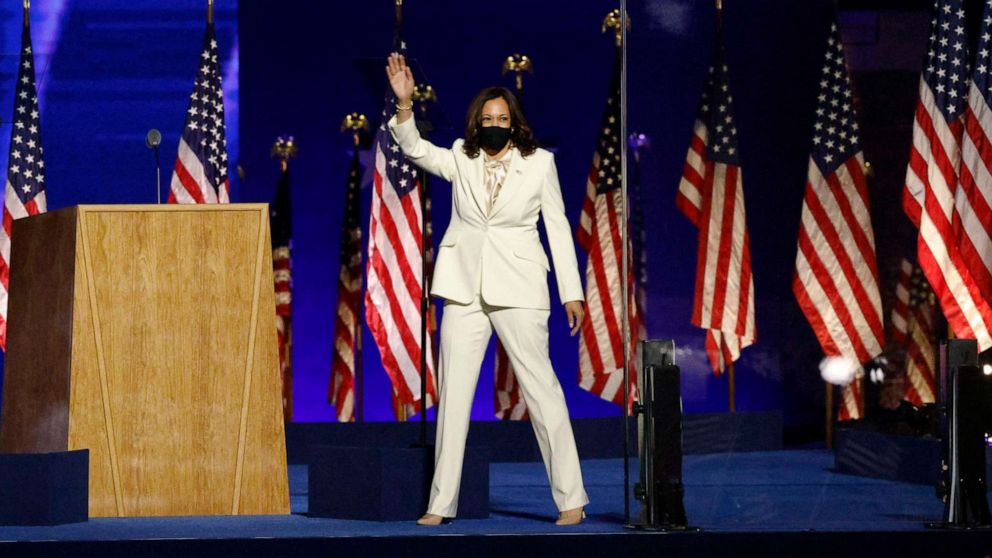 Harris' election isn't just significant for symbolic reasons, but could impact Biden's agenda. During her remarks Saturday, Harris said it was time "to root out systemic racism in our justice system and society."

Biden and Harris will enter the White House following a national reckoning on race and cries for police reform sparked by a series of killings of Black people by law enforcement officers this year.

"She will bring and push for the intersectionality of the policies that they will center -- the approaches and the vision they will center to ensure that there's a racial lens and a gender lens," said Carr. "And that is going to be the legacy of having a woman and a woman of color as a vice president."