There was only so much space for members of the public to attend Christine Blasey Ford's appearance before the Senate Judiciary Committee but her words resonated across the country and around the world.

People were seen watching on their phones or gathering at local bars to tune in. 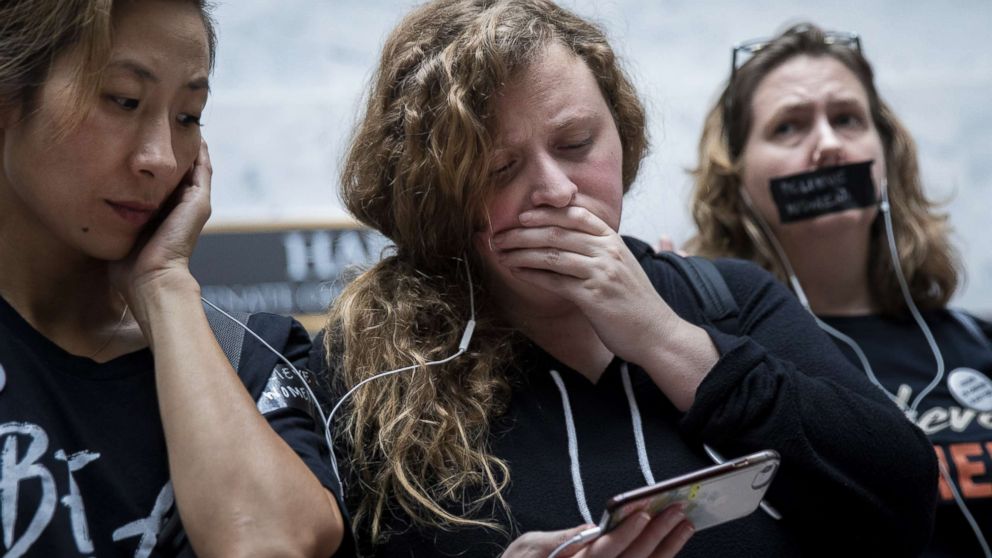 Federal employees, like the rest of Washington, D.C., were so glued to their computers that the Department of Housing and Urban Development at one point directed its employees to stop watching the hearing on their work computers because it was overwhelming the agency's networks.

Others stopped what they were doing to watch televisions in buildings like the ABC News headquarters in New York. 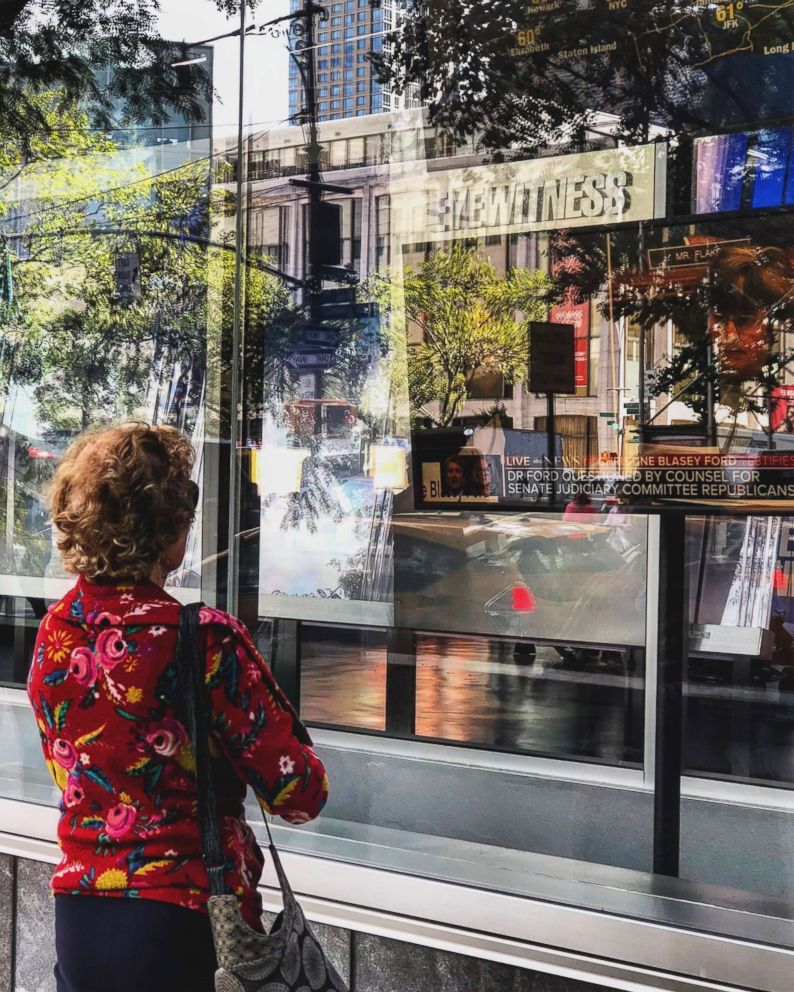 Ronnie Polidoro/ABC News
A woman watches testimony in the Senate Judiciary Committee hearing on a television while standing outside the ABC Television studio in New York, Sept. 27, 2018.
(MORE: Christine Blasey Ford painfully recounts alleged attack by Kavanaugh: 'I believed he was going to rape me')

Televisions in restaurants and bars that usually show sports or scripted shows instead aired the hearing. 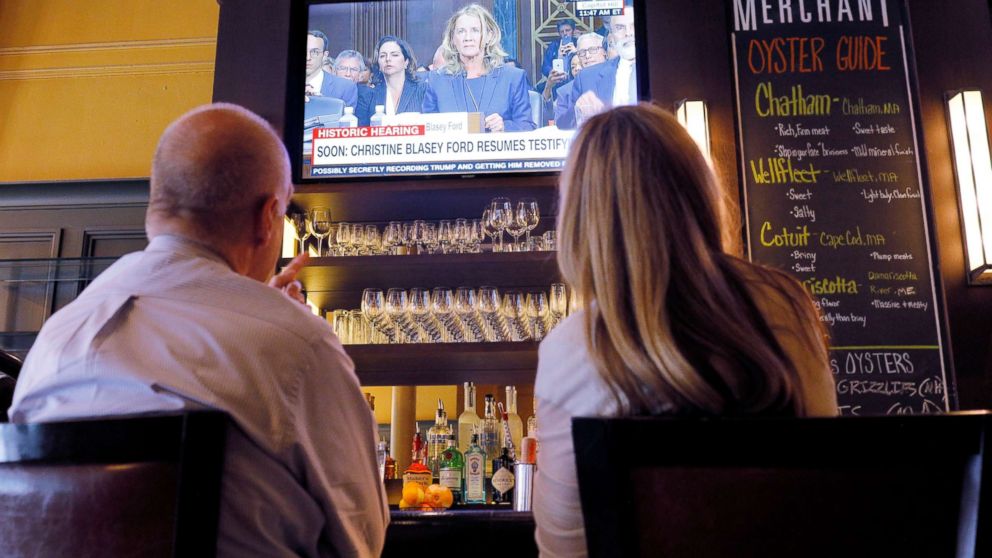 Brian Snyder/Reuters
Diners watch the televised testimony by Christine Blasey Ford in the confirmation hearings for Supreme Court nominee Brett Kavanaugh by the Senate Judiciary Committee, at a restaurant in Boston, Sept. 27, 2018. 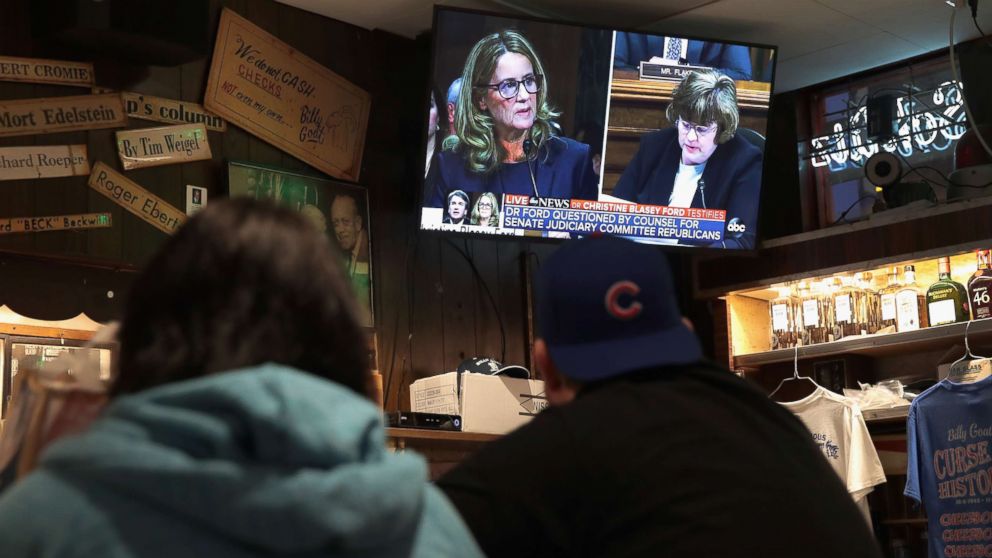 Scott Olson/Getty Images
Patrons watch the television at the Billy Goat Tavern during the Senate Judiciary Committee on Capitol Hill, Sept. 27, 2018 in Chicago.

Students in high schools, colleges and law schools were pictured watching the hearing as Ford testified. 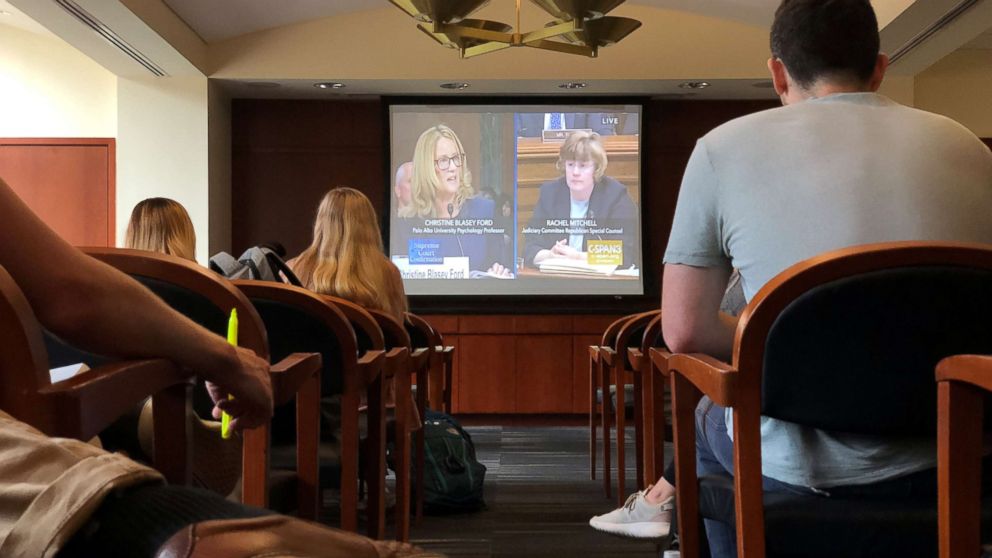 Nearly 200 students at Yale University, where Kavanaugh attended undergraduate and law school, gathered at the Yale Law School lounge to watch the testimonies. Two other screening rooms were made available due to the overflow, students told ABC News.

"Most of those people in the room were standing with Dr. Christene Blasey Ford and wearing our buttons," said second-year law student Kayla Morin. "I'm happy that I can be able to witness this moment in history with people who have been mobilizing and care about it and are passionate about ensuring that she has the right to be heard."

Third-year law student Emily Orman said it "really struck a chord" with her that a Yale alumnus accused of sexual assault could be nominated to the highest court. She also credited Ford for helping to move the #MeToo movement forward.

"I think a lot of people are affected by her testimony and will stand up and own their own truth," Orman said. "No matter how this turns out I think everyone really owes her a thank you for coming forward."

On Wednesday, undergraduate students held a silent protest on the Yale campus in solidarity with survivors of sexual assault.

Yale undergrads gather on Old Campus for a silent protest to stand in solidarity with survivors of sexual assault and in defiance of Kavanaugh, who is accused of sexual misconduct during a college party at Lawrence Hall, a freshman dorm on this very premise. pic.twitter.com/Xc0Zt3Y6kc

The hearing was also a top story on many international news sites and was carried live on British television stations BBC and Sky News.