There may be a new secret ingredient to the tried and true methods of diet and exercise for weight loss. A new study has shown that mindfulness can aid in weight loss for obese children who also have anxiety.

"Childhood obesity not only leads to chronic medical conditions such as diabetes and high blood pressure, it also leads to poor self-esteem and depression," said Dr. Mona Degan, a primary care physician practicing in Los Angeles.

Food choices and activity levels have long been associated with children that are obese, but stress, depression and anxiety are also found in as many as 87% of obese children. Stress and anxiety are even worse when children are put on a diet, according to the study, so it can be important to treat the body and the mind.

Researchers tested the effects of mindfulness on stress levels for eight weeks using self-reported surveys and charted changes in appetite and the amount of weight lost in children with obesity and anxiety.

The term "mindfulness" incorporates psychological techniques focused on attention, body awareness, breathing and meditation. Its premise is awareness and nonjudgmental acceptance of one's moment-to-moment thoughts in order to cope with common forms of psychological distress, like anxiety, worry, fear, anger and more.

Examples of mindfulness include an awareness of breath, noticing thoughts as they pass through the mind, noticing physical sensations, awareness of body reaction in response to stresses and paying attention to sound and smell.

The results showed that children ages 10 to 14 years old with obesity and anxiety showed significant declines in anxiety scores, hormones involved in appetite regulation, body mass index, and cortical levels -- a stress hormone measured from the saliva -- when they received mindfulness exercises and nutrition courses versus a group that only received nutrition courses. 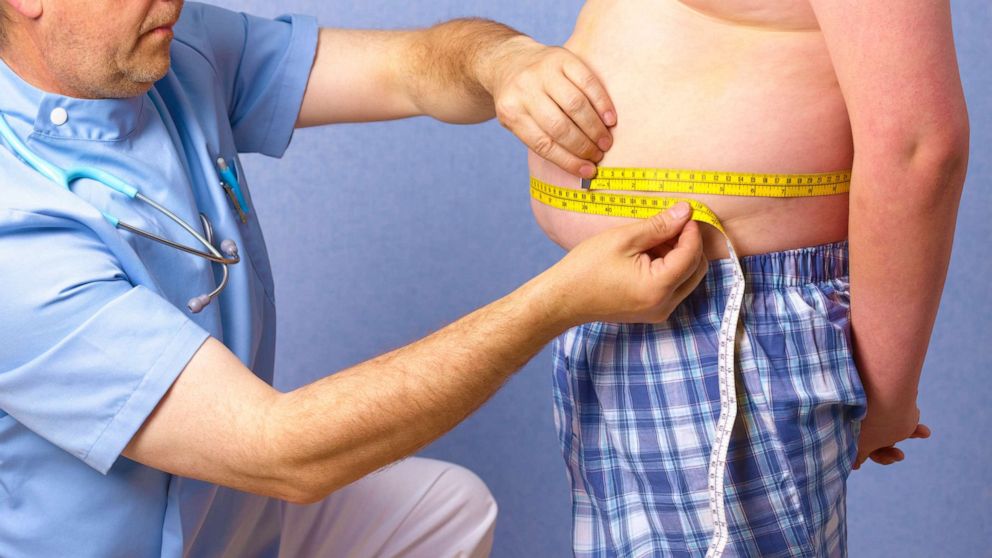 STOCK PHOTO/Getty Images
A child appears to have his stomach measured in this undated stock photo.

Scientific evidence suggests that individuals under chronic stress lose the ability to control eating. In fact, most of the eating disorders identified in children, such as emotional eating, purging, binge eating or restricting, are often related to chronic stress and anxiety.

The stress of engaging in a diet might result in an unsuccessful attempt at weight loss.

"Stress leads to increased cortisol levels, which causes fat to build up in the stomach and results in weight gain," said Degan. "Psychologically, it can also fuel obesity by leading to comfort and stress eating, which are poor coping mechanisms that last through adulthood."

Degan was not involved in this particular study.

The current research supports the possible addition of mindfulness as a way to counteract the anxiety and stress experienced by children on a diet.

MORE: What can writing down your meals do for weight loss?

The relationship between mindfulness and reduction of anxiety is well established.

"Mindfulness practice reduces activity in the part of your brain called the amygdala, which is involved in the stress response, so effectively, by practicing mindfulness your baseline level of stress is reduced," said Degan.

While there is still more research to be done on the topic, the inclusion of mindfulness in a weight loss regimen could increase the chances of successfully losing weight as well as decreasing stress, according to the study.

"Mindfulness is a promising tool to be used as an adjunctive therapy for childhood obesity, either because of its potential to decrease stress or because it could counter act the stressful condition imposed by a restrictive dietary regimen," the study's authors concluded.