Ahead of the new school year, Minneapolis Public Schools has defended its agreement reached with the teacher's union this spring to prioritize retaining educators of underrepresented backgrounds when determining layoffs.

Effective in the spring of 2023, the contract provision states that teachers who are members of "populations underrepresented among licensed teachers in the district" may be exempt from district-wide layoffs outside of seniority order, deviating from the traditional "last-in, first-out" system.

The stipulation is a part of a recent collective bargaining agreement between the Minneapolis Federation of Teachers (MFT) and MPS, which concluded a weekslong teachers' strike in March.

"To remedy the continuing effects of past discrimination, Minneapolis Public Schools and the Minneapolis Federation of Teachers (MFT) mutually agreed to contract language that aims to support the recruitment and retention of teachers from underrepresented groups as compared to the labor market and to the community served by the school district," a spokesperson for Minneapolis Public Schools said in a statement to ABC News Wednesday.

Paul Spies, dean of Metro State's School of Urban Education in Minneapolis, told ABC News the underrepresentation of educators of color can be attributed to "systemic, local, state and national policies" that historically denied them access to teaching opportunities. Spies also founded the Coalition to Increase Teachers of Color and American Indian Teachers in Minnesota.

The school district's policy comes as efforts to diversify teachers in Minnesota are ramping up in the state legislature with the introduction of HF3079, the 2022 Increase Teachers of Color Act.

The legislation seeks to "increase the percentage of teachers of color and American Indian teachers in Minnesota" to ensure that "all students have equitable access to effective and racially and ethnically diverse teachers who reflect the diversity of students," according to the text of the bill.

However, as news of the MPS policy has resurfaced, making headlines in recent days, critics say the policy's attempts to rectify past discrimination could constitute discrimination itself -- potentially even a violation of the 14th Amendment. 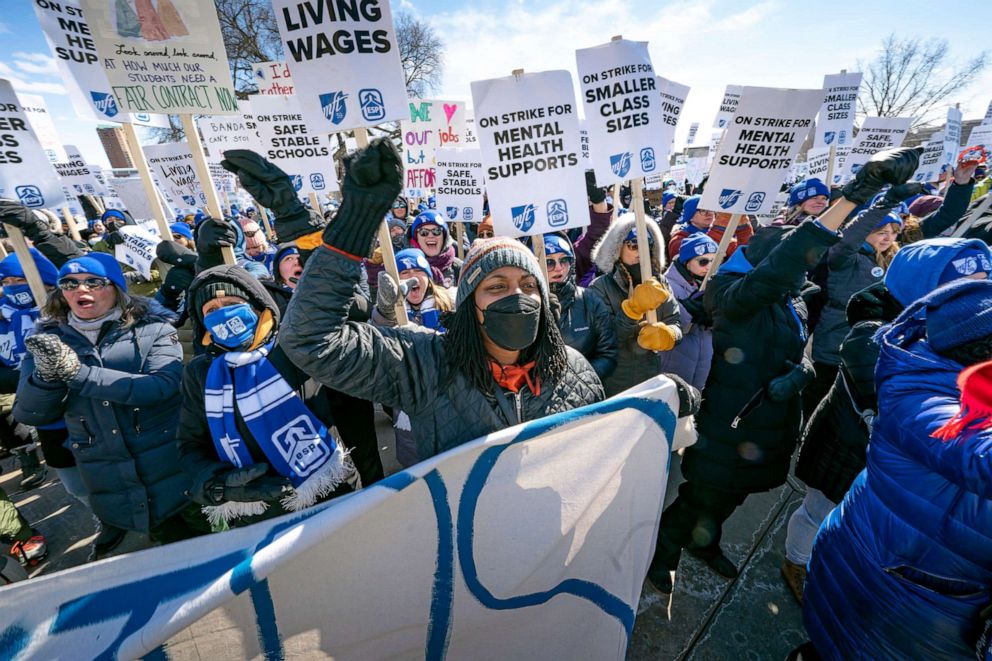 "There's different ways that we should be hiring," he told ABC News. "But we should not be implementing hiring decisions based on the color of people's skin."

James Dickey, an attorney in Minneapolis, told ABC News that his firm has recently received a "flood of emails" from taxpayers and teachers in Minneapolis who are opposed to the policy and have reached out regarding potential legal actions.

Dickey is senior legal counsel at the Upper Midwest Law Center, a nonprofit public interest law firm in Minnesota, and said that his firm could be "prepared to go forward with litigation" soon.

When asked about efforts to diversify the teaching staff in Minnesota public schools, Dickey acknowledged the concern but said that addressing the issue instead requires reforming the seniority system, suggesting that layoffs should be based on merit, not seniority or race.

Responding to criticism, MFT has doubled down on its support of the policy, citing the need for educators to reflect the diversity of their schools' student bodies. While 65% of the students attending MPS in the 2021-22 school year were people of color, only around 30% of the teaching staff were, the district reported. 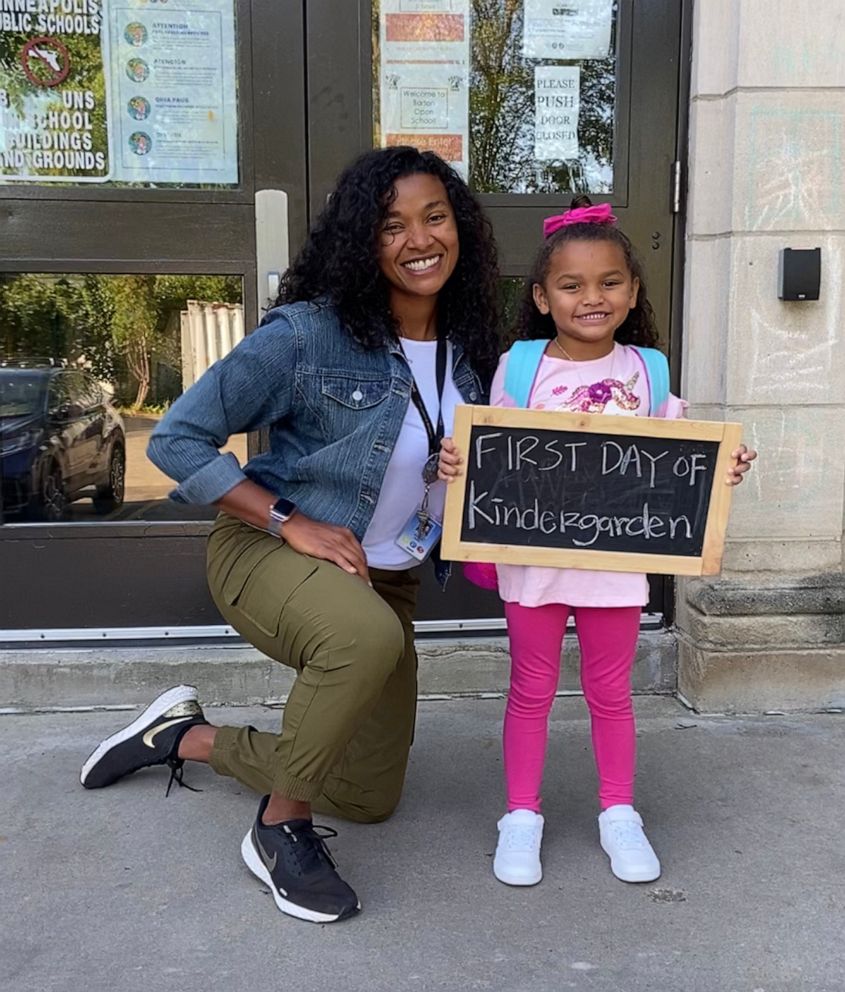 Lindsey West, a union executive board member and fifth grade teacher at Clara Barton Community School, said she was the first teacher of color ever hired at her south Minneapolis school.

"When [students] see somebody who looks like me, and maybe looks like them, they feel a greater sense of connection and belonging in that community," West, who has worked in the district for nearly 10 years, told ABC News.

The union wrote in a statement to ABC News that it wanted to create a "transparent, legal, ethical process" to retain the "unique skills and experiences" of educators of color and those of other underrepresented backgrounds in the case of budget cuts and layoffs.

West said she believes critics of the new policy incorrectly interpret efforts to diversify educators as a zero-sum game.

"I feel like the focus is on a deficit mindset, where we're trying to make it a teacher versus teacher issue, or a cultural or racial issue, when we really need to say this is a systemic issue where we need to do better by our educators," West said.

"Overwhelmingly, the teachers -- who are majority white -- voted to pass this, so we see it as an opportunity to do better for everyone in our community," she added.

In March, more than 2,000 MFT union members voted on the tentative agreement, including the new policy regarding retaining educators of color — nearly 76% of teachers voted yes, passing it.

MFT described the agreement as a small step toward dismantling discriminatory systems in education but noted that diversifying educators will be a long haul given the nationwide teacher shortage. There are currently more than 370 open jobs for teachers in MPS, the union said.

Tra Carter, a former behavioral specialist at Clara Barton Community School, said he believes MPS could do even more to support teachers of color. Carter, who was laid off last year during the strike, said that at the time, he was the only Black male educator employed at his school.

"Black and brown educators of color are losing their jobs exponentially faster than their white counterparts, so I'm happy again that something got done," Carter said.