Christine Blasey Ford, who accused Supreme Court nominee Brett Kavanaugh of sexual misconduct when they were teenagers, emotionally recalled the night of the alleged attack before the Senate Judiciary Committee on Thursday.

Ford broke her silence after 36 years, telling senators she originally wished to remain anonymous but once her story became public, she believed it was her "civic duty" to come forward.

The accusations were later steadfastly denied by Kavanaugh in a separate hearing before the committee, with the judge telling senators that he would "not be intimidated into withdrawing from [the confirmation] process."

Here are some of the moments that mattered from the hearings: 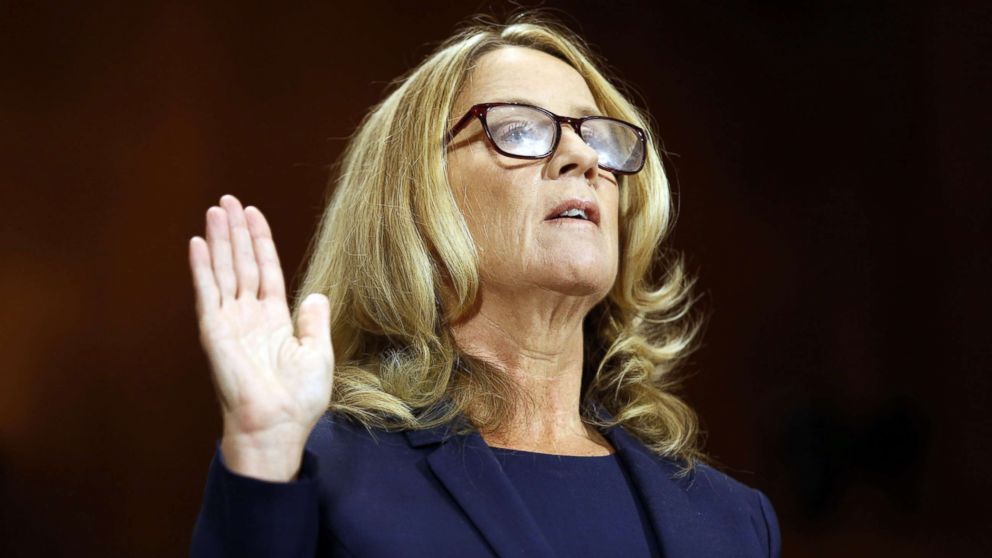 Ford began her testimony by describing the anxiety accompanying her appearance before the committee. Prosecutor Rachel Mitchell, who was retained by Republicans on the committee to question Ford, would later tell Ford that she was "struck" by the fact that Ford appeared "terrified."

Christine Blasey Ford in her opening statement: "I am here today not because I want to be. I am terrified. I am here because i believe it is my civic duty to tell you what happened to me while Brett Kavanaugh and I were in high school."

"I believed he was going to rape me."

As part of her opening statement, Ford described the thoughts she had during her alleged encounter with Kavanaugh in high school.

Christine Blasey Ford says she believed Brett Kavanaugh "was going to rape me."

"I was pushed on to the bed and Brett got on top of me ... Brett groped me and tried to take off my clothes," she says in her opening statement https://t.co/tO4JWC4Z5X #KavanaughHearings pic.twitter.com/nw5cbHVNVx

Ford said her motivation to come forward with her story was entirely unrelated to politics. "I am an independent person," she said.

Dr. Christine Blasey Ford: "I have been accused of acting out of partisan political motives. Those who say that do not know me. I am an independent person, and I am no one's pawn." https://t.co/jVcMft2EgR #KavanaughHearings pic.twitter.com/My7cHQISM8

After recounting what she remembered of the alleged assault, Sen. Patrick Leahy, D-Vt., asked Ford for her strongest memory.

"Indelible in the hippocampus is the laughter. The uproarious laughter between the two. And their having fun at my expense," Ford responded, adding, "They were laughing with each other."

Sen. Patrick Leahy: What is the "strongest memory" of the incident?

Christine Blasey Ford: "The laughter, the uproarious laughter between the two, and their having fun at my expense" https://t.co/x71KG2LMVL #KavanaughHearings pic.twitter.com/rqqEAOYYni

Ford gave a straightforward response when Sen. Dick Durbin, D-Ill., asked to what degree of certainty she believed Kavanaugh assaulted her.

Sen. Dick Durbin: "With what degree of certainty do you believe Brett Kavanaugh assaulted you?"

"Mark Judge should be subpoenaed."

Durbin was forceful in his assertion that Mark Judge, whom Ford alleges was also present and participated in the accused assault, should provide testimony of his own before the committee.

Sen. Dick Durbin: "Mark Judge should be subpoenaed from his Bethany Beach hideaway and required to testify under oath, but he has not." https://t.co/GGrl0JJrN7 #KavanaughHearings pic.twitter.com/EXiKnTNKsA

Facing criticism from some Democratic senators for including Mitchell in the hearing, Chairman Chuck Grassley, R-Iowa, told Sen. Mazie Hirono, D-Hawaii, that Mitchell, the prosecutor, will continue to question Ford on the senators' behalf.

Sen. Mazie Hirono to Sen. Chuck Grassley: "Mr. Chairman, is it your intent to cede all Republican senators' time to your prosecutor, rather than they themselves ceding their time to her?"

"We have a very supportive community."

After expressing concerns about her privacy earlier in the hearing, Ford told Sen. Cory Booker, D-N.J., that her husband and children "are doing fairly well," even as she has faced personal backlash. 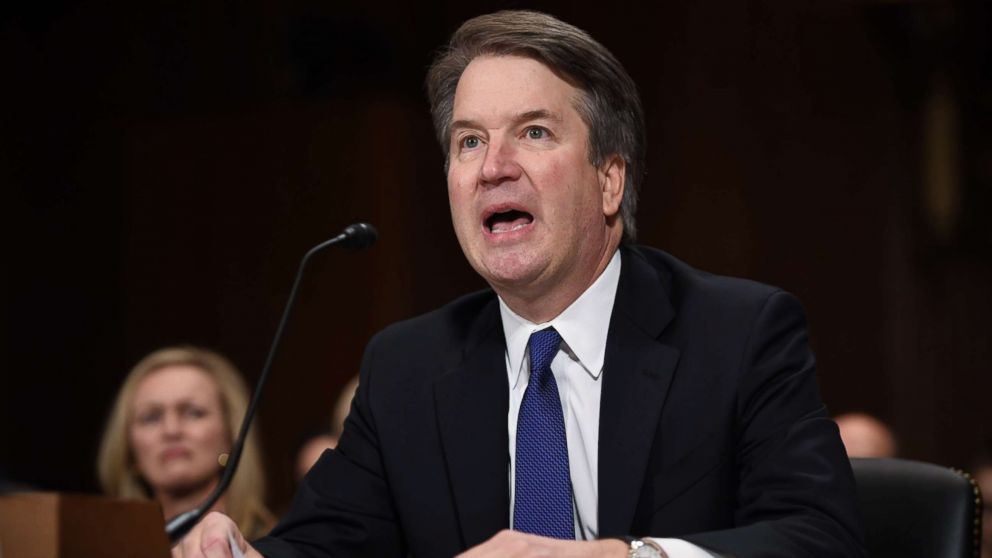 Kavanaugh was forceful in his denial of wrongdoing during his opening statement, telling the committee that his name had been "destroyed by vicious and false … accusations."

Brett Kavanaugh: "This confirmation process has become a national disgrace...You have replaced advice and consent with search and destroy." https://t.co/GGrl0JJrN7 #KavanaughHearings pic.twitter.com/DcFu9zKyDe

"A calculated and orchestrated political hit."

The judge portrayed the allegation against him as motivated by politics and claimed that it could be connected to his role in special counsel Kenneth Starr's investigation of former President Bill Clinton.

Brett Kavanaugh: "This whole two week effort has been a calculated and orchestrated political hit, fueled with apparent pent-up anger about President Trump and the 2016 election, fear that has been unfairly stoked abut judicial record, revenge on behalf of the Clintons." pic.twitter.com/gg5dNBSzAX

After first criticizing the committee for delaying a hearing on the accusation, Kavanaugh said he has never been accused of sexual misconduct until his Supreme Court nomination.

"We should pray for the woman."

Kavanaugh told the committee that he "intend[s] no ill will toward Dr. Ford" and that one of his daughters suggested she and her sister pray for Ford.

"I intend no ill will toward Dr. Ford," a tearful Brett Kavanaugh says. "The other night, Ashley and my daughter Eliza said their prayers, and little Eliza, all of 10 years old, said to Ashley, 'We should pray for the woman.' That's a lot of wisdom from a 10 year old." pic.twitter.com/sdhkgXiTTy

Attempting to further a position that Democrats have voiced throughout the day, Durbin asked for Kavanaugh to turn around and advise White House counsel Don McGahn, who is present for the hearing, that he would be willing to cooperate with an FBI investigation.

A combative moment as Sen. Durbin calls on Brett Kavanaugh to immediately ask Don McGahn "to suspend this hearing" until completion of an FBI investigation.

The first Republican to speak at the hearings other than Grassley, Sen. Lindsey Graham, R-S.C., tore into Democrats over their actions relating to the allegations, calling it "the most despicable thing [he has] seen in [his] time in politics."

A heated Lindsey Graham slams Democrats, says they want to "destroy this guy's life" and hope they win in 2020, calls the process a "sham" and tells Kavanaugh, "you're looking for a fair process? You came to the wrong town at the wrong time, my friend" https://t.co/GoWRHRBPBF pic.twitter.com/wLAivGvROW