For days, Wilson had been spending time outside using a solution of dish soap, vinegar, and water that would kill the bugs without harming the plants around them on her neighborhood's lanternfly-infested trees, but on the morning of Oct. 22, a neighbor called the police on Wilson to report a suspicious small Black woman with a hood who was spraying trees and sidewalks.

Wilson and her mother Monique Joseph recounted the events and discussed the support their family has received since in an interview with "GMA3" on Monday. 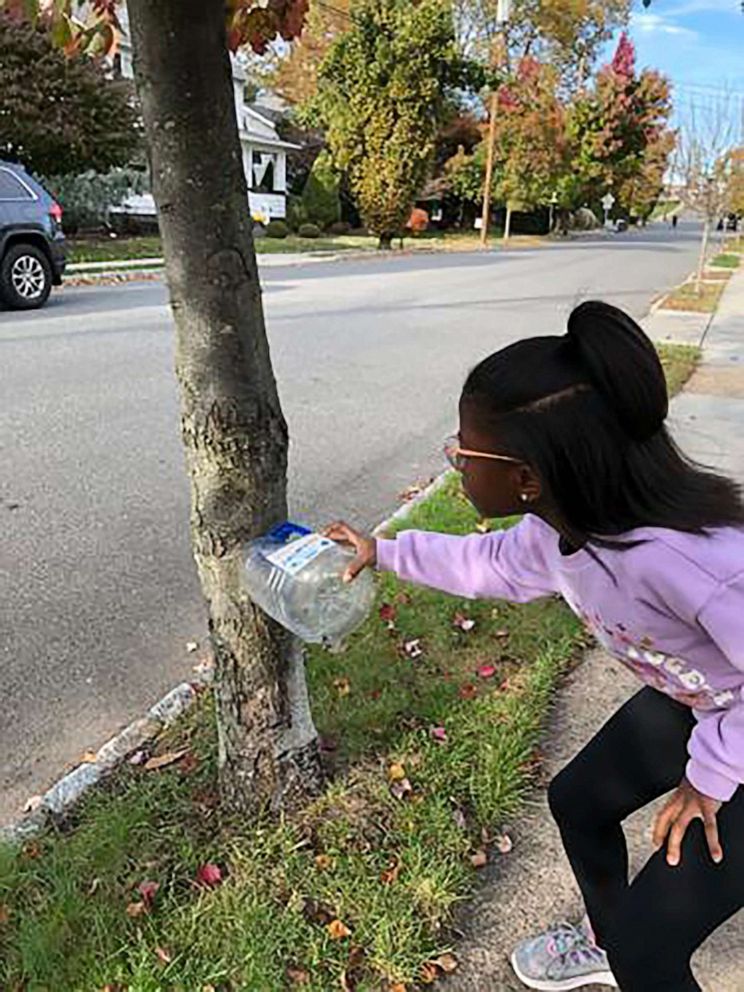 Joseph told "GMA3" that Wilson went out with her homemade solution to kill spotted lantern flies on October 22, and decided to join her soon after.

"That's when I noticed that I saw the officer's car slowly passing my home and stopping at my neighbor's home. A couple seconds later, I heard my neighbor yell to the officer, 'Go get her'," she said.

Officer Kevin O'Neill with the Caldwell Police Department had approached Bobbi, asking her a series of questions before speaking to Joseph, letting her know that his bodycamera was on.

"I asked, 'Why are you recording?' and he said he had a report," Joseph said of the moment she realized the police had been called on her daughter.

MORE: Should racism and discrimination be viewed as public health threats? A new study argues they should

The Caldwell Police Department received a dispatch call reporting a sighting of a suspicious small Black woman with a hood.

"There's a little, a little Black woman walking and spraying stuff on the sidewalks and trees," the caller said. "I don't know what the hell she's doing. Scares me though."

After engaging in peaceful conversation with Wilson and Joseph and noting that there was no threat in Wilson doing what she could to help her community, Officer O'Neill informed Lawshe that the woman he thought he saw was a child catching lantern flies, and left without incident.

"Even [Lawshe's] response then, there was nothing about it that sounded like neighborly," Joseph said, adding that Lawshe, who was standing outside watching the whole time, never approached to resolve the situation.

Joseph says that it wasn't until afterwards that she thought about how the encounter could have gone differently, worse. Joseph says Lawshe later apologized, telling her that he thought Wilson was a missing child, which she discovered to be untrue upon receiving the call's transcript.

"And that was the moment that I realized when he racially profiled by daughter, when he used dogwhistle terminology that was dangerous," Joseph told "GMA3." 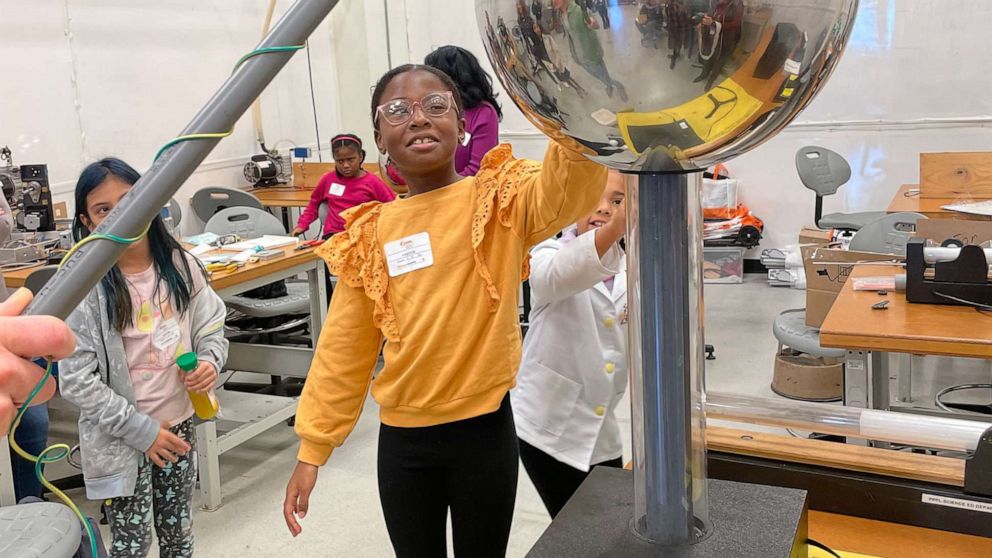 An attorney for Lawshe did not respond to ABC News' request for comment but told the Daily Beast in November that his client did call the police but denies any racial profiling.

The incident motivated Joseph and Wilson's older sister, Hayden, to speak about the incident at a city council meeting to raise awareness in the hopes no others are harmed by racial profiling.

"I was nervous because I was standing in front of a lot of people, but overall, I was okay," Wilson said.

Joseph told "GMA3" that she knew she had to speak out.

"I want this to be a teachable moment for our town on racial bias, diversity, equity, and inclusion and how we together can ensure that going forward little Black and Brown children can feel safe in this community," Joseph said at the meeting in November.

Since then, Wilson, who told "GMA3" she hopes to be a scientist when she grows up, has been met with overwhelming support from those near and far including Princeton University and the USDA. In November, she and her family joined Yale University's Dr. Ijeoma Opara for a 'Black girl-led science tour' on campus. 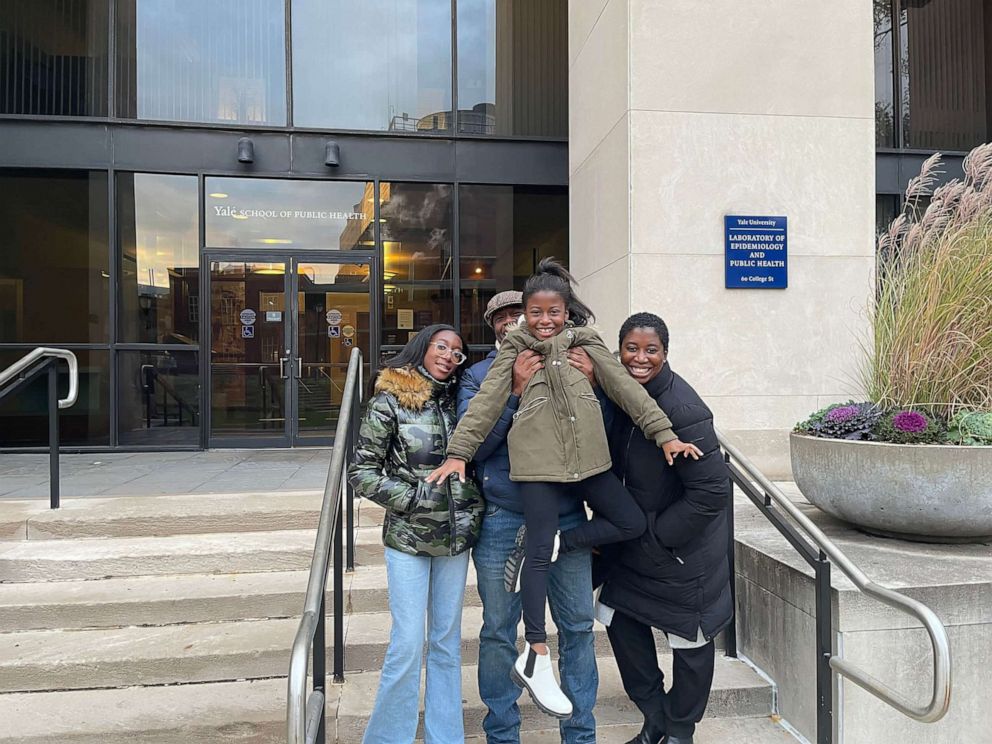 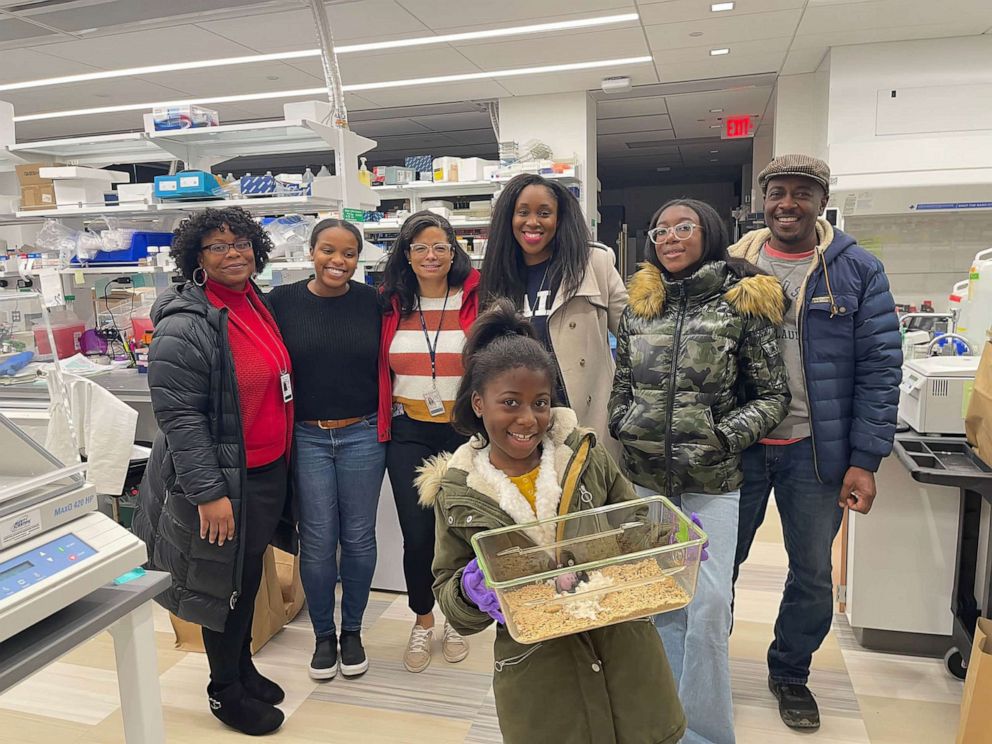 "I like mixing stuff, kind of like how I made the liquid for the lantern flies," Wilson told "GMA3."

Earlier this month, Wilson and Joseph got to attend another council meeting under better circumstances.

Science writer Jason Bittel presented Bobbi with kind words, books, and stickers and the Caldwell Environmental Commission honored her with the Sustainability Award for her work to save trees and eradicate lantern flies.

"The community has been amazing. I've since learned that my community was just not my street," Joseph said.