The body found Monday morning at the lake where actress Naya Rivera is believed to have drowned last week is believed to be that of the actress, Ventura County Sheriff Bill Ayub said Monday.

Ayub announced at a press conference that based on the "location of where the body was found, physical characteristics of the body, clothing found on the body and the physical condition of the body, as well as the absence of any other persons reported missing in the area," his team is "confident" in their identification, though the Ventura County Medical Examiner's office will confirm it with dental records.

Rivera was alone in the boat with her son, 4-year-old Josey Hollis Dorsey, who told authorities that he and his mother went for a swim and that afterward he got back in the boat, but his mother did not. Before Rivera disappeared, she helped her son back into the boat by boosting him from behind, according to Ayub.

2:20
Ventura County Sheriff's Office said they are "confident" the body found at Lake Piru is that of actress Naya Rivera.

The child told investigators that he "looked back and saw her disappear under the surface of the water," Ayub said.

There is no indication of foul play or that Rivera's death could be ruled a suicide, Ayub said.

Authorities have been searching for the "Glee" actress since Wednesday, July 8, when her boat rental became overdue three hours after she took it out on the water.

CCTV footage released by the Ventura County Sheriff's Office on July 9 captured Rivera and her son arriving at Lake Piru at around 1 p.m. local time and boarding the boat together before setting off onto the lake. 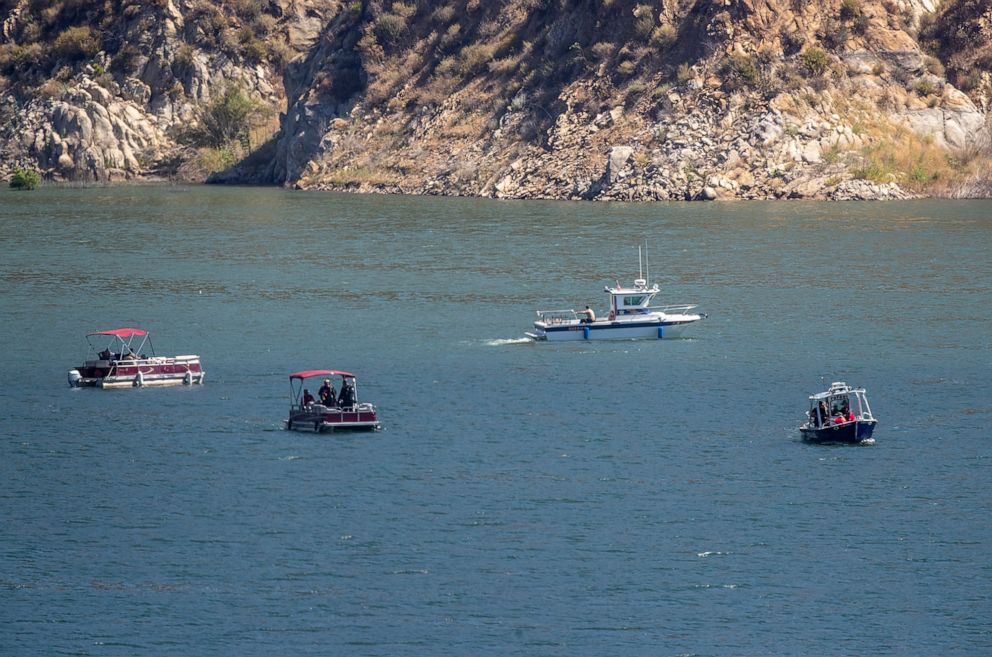 When the boat was not returned at around 4 p.m. local time, a boat rental employee found Josey, asleep, drifting alone on the boat, and authorities were immediately notified.

The child is now "in good health" and with family, officials said.

On Thursday, authorities announced that the search for the missing actress was now a recovery mission. During a press conference, officials with the Ventura County Sheriff's Office said there were "no signs of foul play" and it was presumed that Rivera had drowned in what "just seems like a tragic accident."

On Friday, the Ventura County Sheriff's Office released a video showing the underwater visibility of the sonar equipment being used to search the 30-foot-deep lake.

2/2 Here’s an example of the underwater visibility at a 30-foot depth in Lake Piru. pic.twitter.com/YGNNUdmPQ4

Authorities said Lake Piru can be challenging to search due to low visibility, uneven underwater terrain, and debris and entanglements in the area where the boat was found.

Authorities also said "cabins and outbuildings in the surrounding area" were included in the search for Rivera, and shared a message to those visiting the lake who were looking to get involved in the search.

For those intent on searching for Naya Rivera on your own, 1. The lake is closed. 2. Temps are already in the 90’s. 3. The terrain around the lake is very steep and rugged. Our teams are well equipped and highly trained. We don’t want to have to rescue you.

Rivera is most well-known for playing Santana Lopez on "Glee" from 2009-2015. She entered the industry early, starring in CBS sitcom "The Royal Family" when she was just 4 years old.